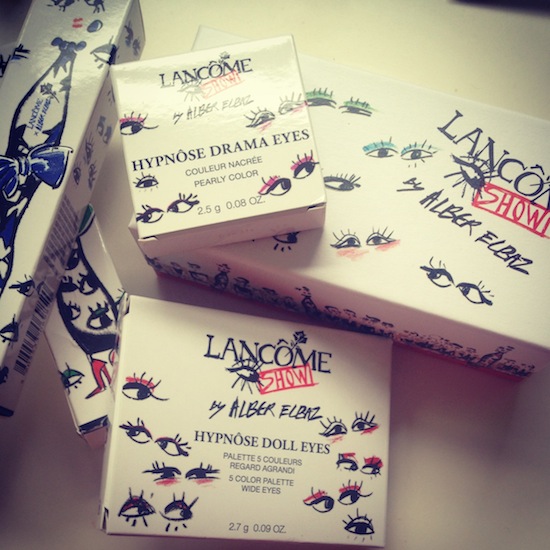 I have upon my desk some early-release makeup samples from the new Lancome Alber Elbaz collection. They are very pretty indeed. You’ll no doubt have seen a few teasers for this on the internet over the last few months – gorgeous little illustrations and quirky video clips – so it’s nice to be able to finally have a proper look at the products. (If you haven’t seen anything and don’t have a clue what I’m on about, then in a nutshell: Alber Elbaz is the creative director at Lanvin, ridiculously cool fashion house, and he’s collaborated with Lancome to produce this new collection.) 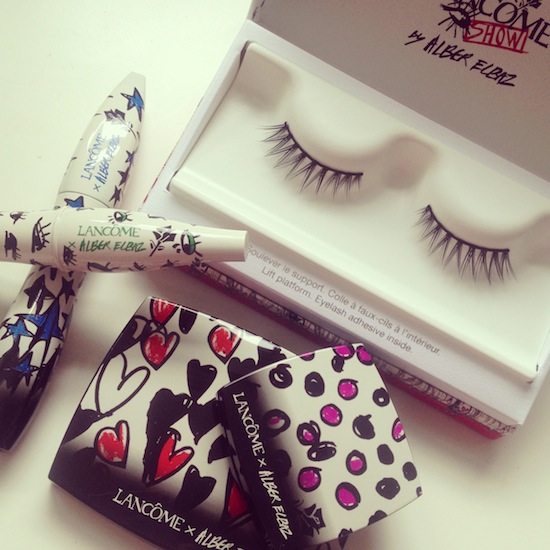 What you’re getting here is some true Alber Elbaz design wrapped around your Lancome cosmetics – Lancome in Lanvin’s Clothing, if you will! It’s really very collectible, upbeat and, I think, a lot of fun. I particularly like the Hypnose eyeshadow palette because it will last for ages but a special mention has to go to the eyelashes box – it’s huge! There are four packaging designs altogether and you can see them all in the picture above: stars, cartoonish eyes, hearts and dots. I think I like the eyes the best but the heart design is also really striking… 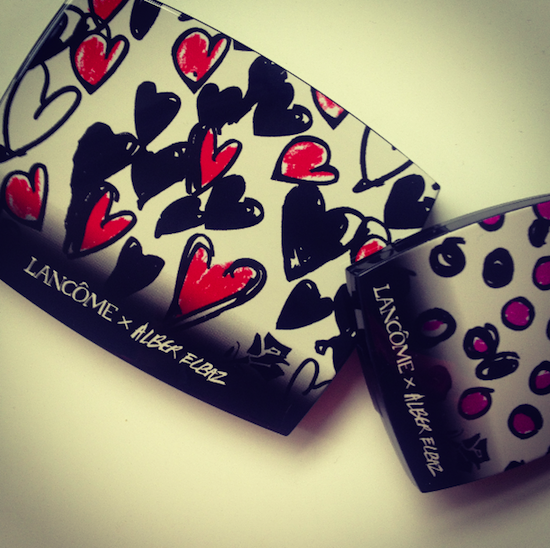 Inside the Alber Elbaz shells we have some familiar Lancome favourites; four mascara formulas (Hypnose Classic, Drama, Doll Eyes and Star, all £23), three Hypnose palettes (Hypnose Drama, Doll Eyes and Star, £38) and three shadow monos (£18.50). The palettes are relatively new anyway, but the Alber Elbaz versions bring us some new shade combinations: DR5, DO5 and ST5. You can see the existing shades in the line-up on FeelUnique.com 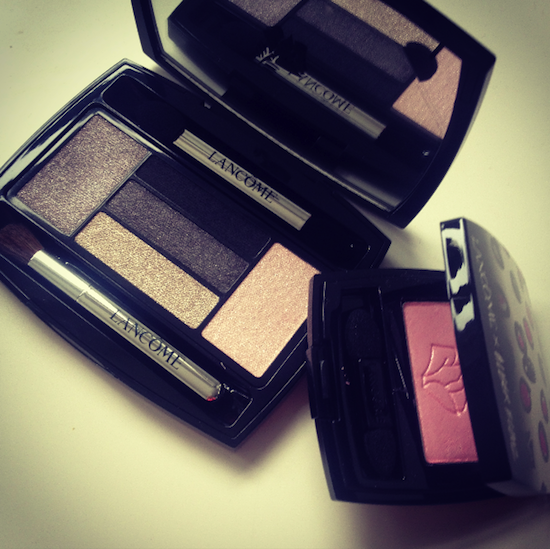 I’ve pictured the palette in Doll Eyes and the mono in Hypnose Drama shade P105. The mascaras shown in the top picture are Hypnose Star (with the stars on, appropriately) and Hypnose classic (with the eyes). Formulas are the same, dressing is new and different! I use the Hypnose Star very regularly, so that would be my personal pick, but – as mentioned – I like the eye design best, so…. Choices, choices.

Sidenote: I really like the eyeshadow guide that comes with the palette. It comes with all of the Hypnose palettes, actually, but the one pictured below is for the special editions. I think it’s quite handy to be able to “paint-by-numbers” with your eye makeup – maybe I’ll try this out on video and see if it’s easy to follow. 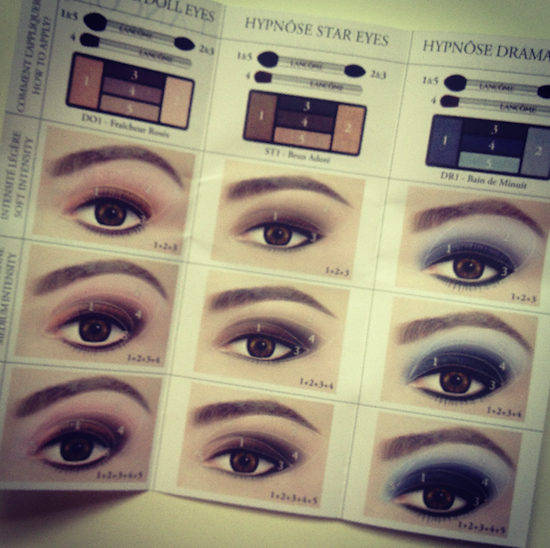 The range goes into Selfridges on the 15th – you can find out more here. What do you think? Do you like the designs?