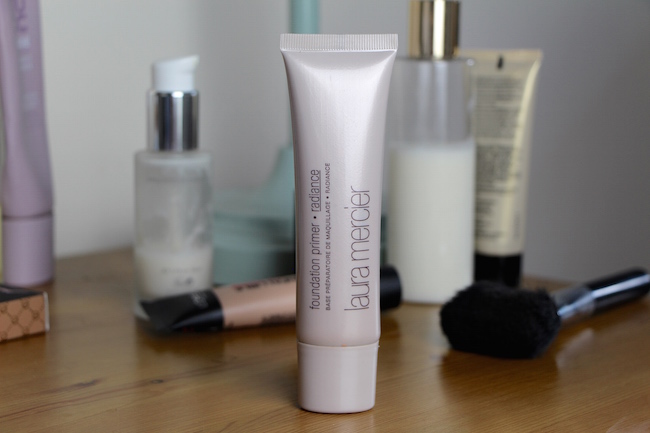 I realised that I’ve featured the Laura Mercier Radiance Foundation Primer in loads of videos but it doesn’t have its own post here on the website. And it deserves one. This is a primer so glowy that – if you’re not careful – you’re in danger of looking rather metallic. Like a robot. Or pearlised, like – er – a pearl. You need only look at the before and after pictures below to see quite how “radiant” we’re talking: 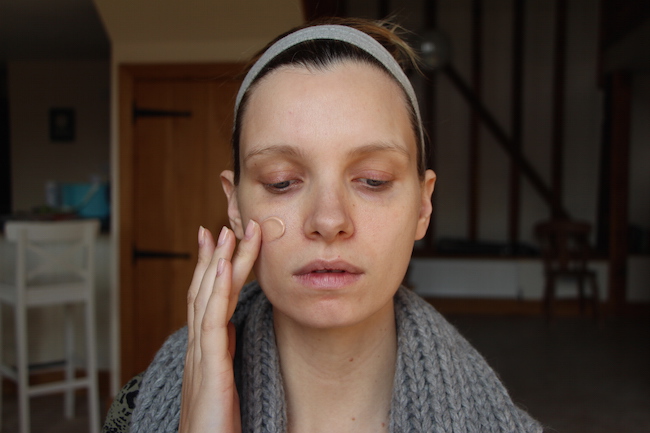 In exhibit A (above) you can see that the skin is flat, matte, with just an inkling of a natural highlight on the forehead. No doubt caused by natural oils in the T-Zone, but let’s move on quickly to… 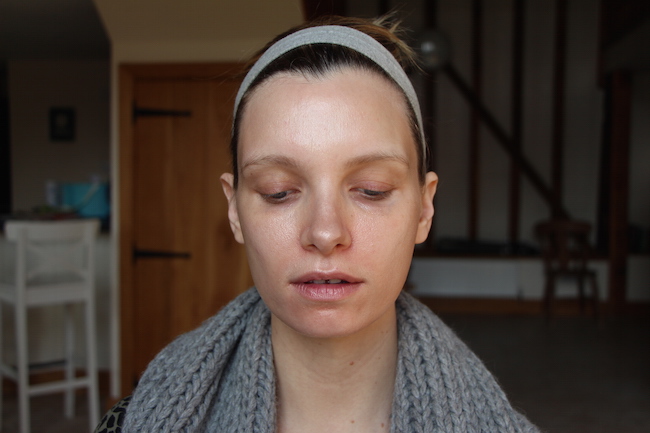 PEARL HEAD! I had applied the Laura Mercier Primer all over my face, here, but actually you want to be a bit more sparing than that. Perhaps avoid the very centre of the forehead, the tip of the nose… I apply with my fingertips because you don’t need to get such a flawless finish with your primer and brushes and sponges tend to soak up so much (expensive) product. Remember that there’s a layer of foundation going on over the top – or tinted moisturiser, or BB Cream, or whatever it is that you’re using – and just whack the primer on in the places you’d like to see an extra glow.

Looking for a new foundation? Read through the latest reviews…

I have to say that many glow primers are absolutely pointless once you’ve got your foundation on over the top: not so with the Laura Mercier Radiance – it’d shine through a lead wall. Worth every penny, and one of my true makeup staples. You can find it at House of Fraser – it’s £29.

*Update: just realised I’ve reviewed this primer before. My opinion is the same – almost word for word! Ha. At least I’m consistent… Here’s the post.