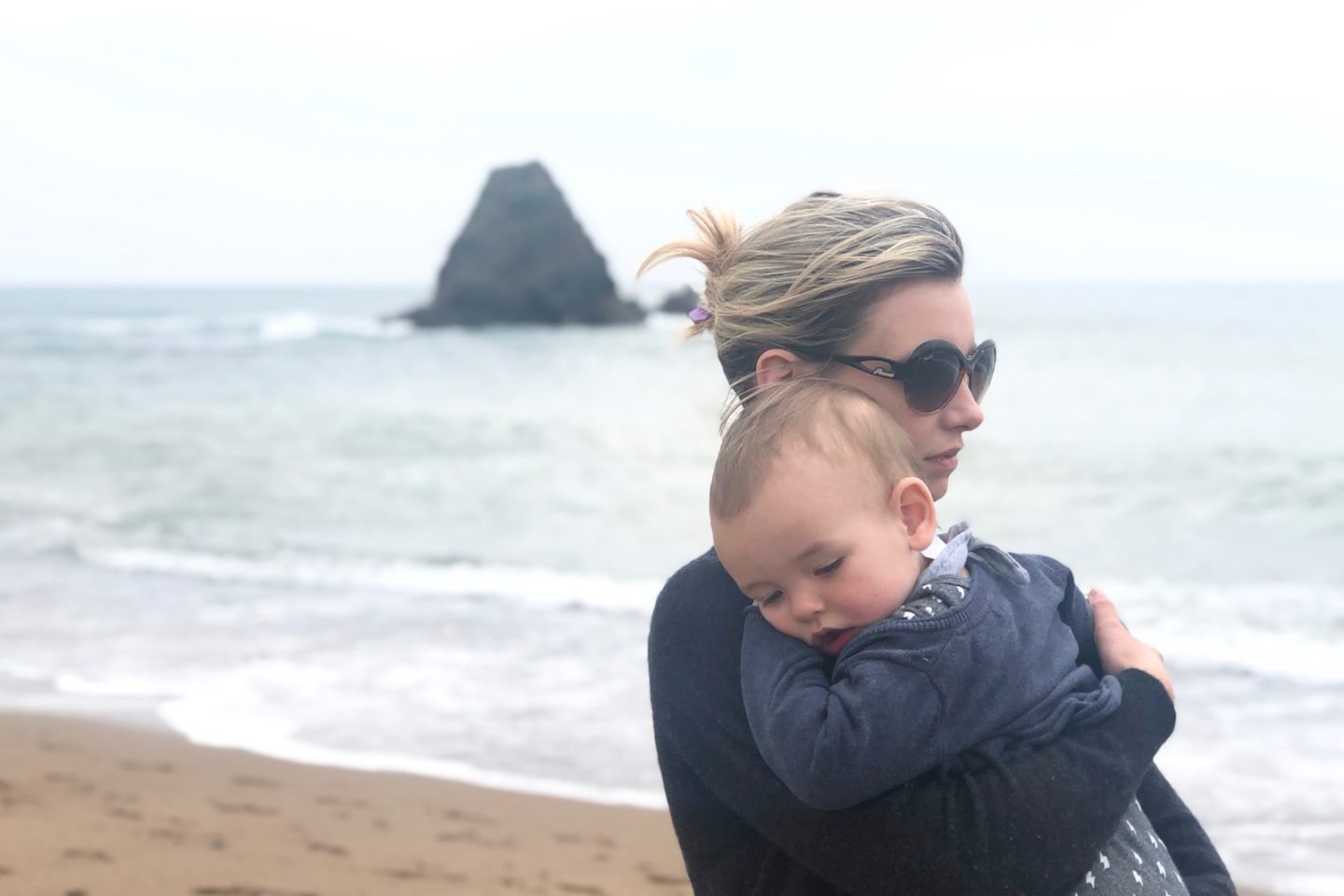 Those of you who read The Uphill – the parenting and family blog I write “in my spare time” (haha) – will already be familiar with my life updates. I do one every single month without fail, always on the same day of the month, and I’ve been writing these little round-ups of my family news, baby developments and personal triumphs/struggles since Angelica was born. So almost three years.

I absolutely treasure these updates – they’re an online diary, really, of all of my thoughts and experiences and I find them fascinating to look back on. Reading and remembering how I felt when I was in the depths of my pregnancy with Ted, worrying about gestational diabetes and vaginal-births-after-c-sections and all of the things that were promptly forgotten as soon as he was out and we were home; laughing over Angelica’s obsession with role-play, having a little cry over the mentions of my Dad and his sudden death.

So I love my updates, but times are a-changing and Ted is now a toddling menace – Angelica is turning into a proper little girl, complete with minor tantrums and chat-back sass. No longer are there any long-winded monologues on the merits of breastfeeding lying down, or conversational-starters about weaning; the things that occupy my mind now are very different to the words that I needed to get down on the page a year or two years or three years ago. 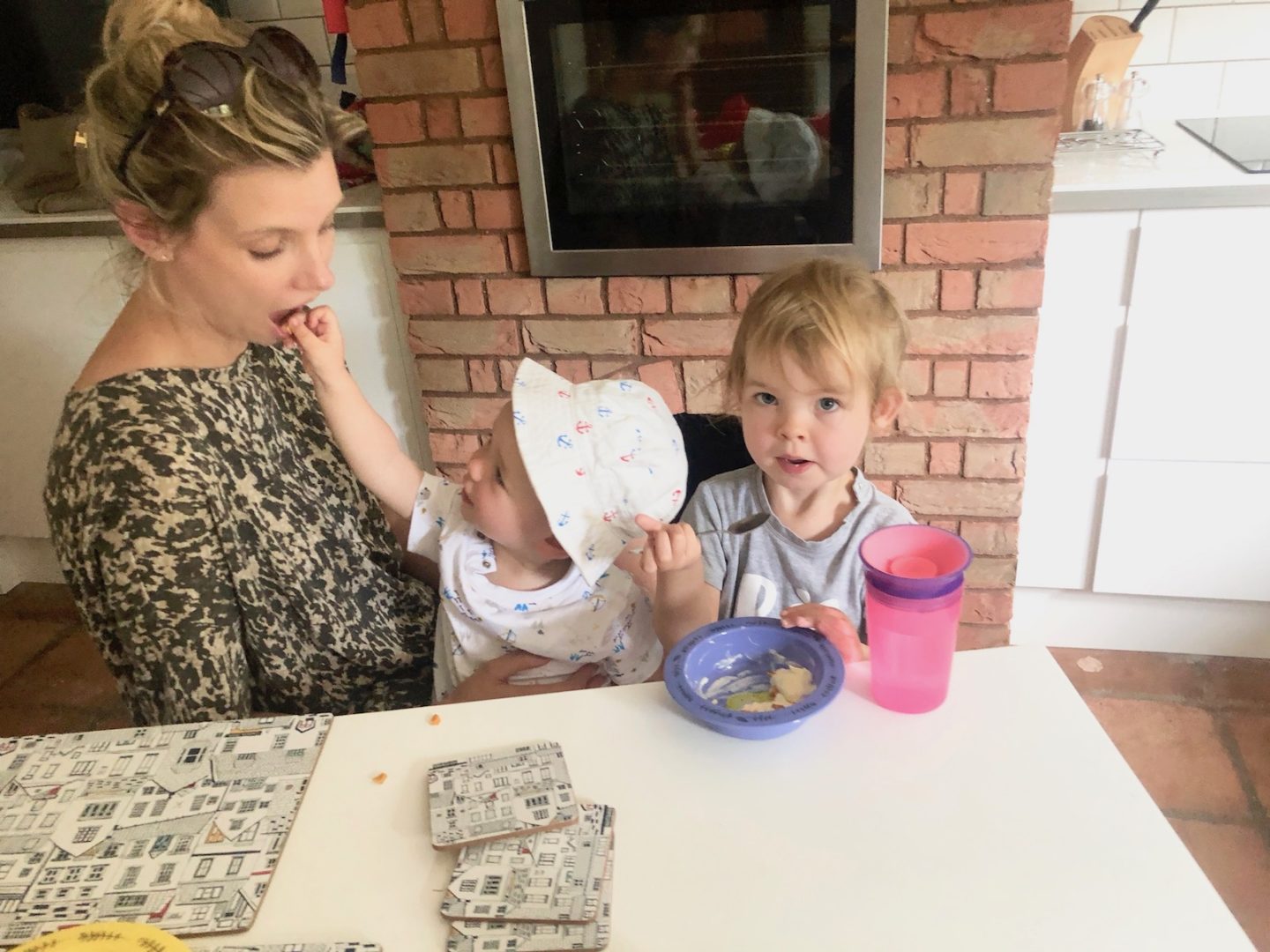 I’m by no means saying that now both babies are out of the baby phase (*cries*) I want to stop writing about them (and I have an amazing project on the go, for those who want more baby stuff: there will be news on that soon) but I suppose that my attentions have moved more to the family as a unit, how it works, what doesn’t work, how I can possibly fit everything in that I need and want to do. Which is no less interesting and perhaps – dare I say it? – more interesting to a wider range of people, so here it is: the life update, in its new A Model Recommends home.

I mentioned a while ago that I was considering merging The Uphill blog with this one – so many people on here like my more personal posts and so many people on The Uphill seemed to enjoy features about fashion and beauty and my ridiculous ramblings about random stuff. Of which A Model Recommends is jam-packed. So it makes sense to start writing my family and personal posts over here so that everyone gets to see them.

If you want to read the whole back catalogue of life updates, then you can find them here on The Uphill, but for now, let’s get cracking on what’s been happening in my little world! 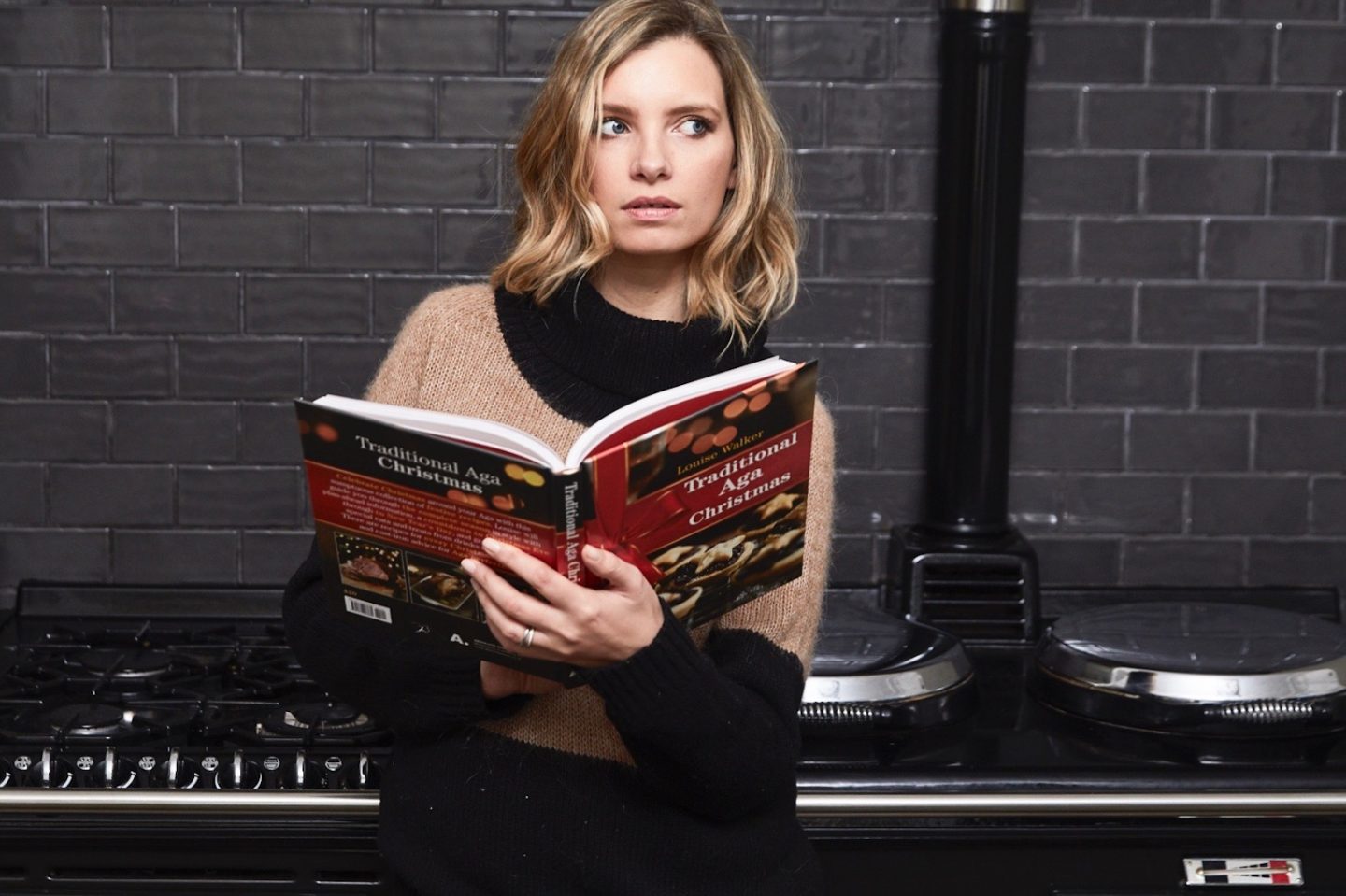 I can’t quite believe that the AGA gets its own section in this update, but that bloody cash-burning cooker has – amazingly – become somewhat symbolic to me. Symbolic of what I have absolutely no idea – perhaps it has provided some sort of emotional warmth as well as physical warmth during that long, hideous winter that was full of such setbacks – but I have to admit that I felt quite sad when Mr AMR turned off the connection yesterday and shut down the oil-fired beast that has been solidly and stoically warming the kitchen since we moved in to our new house at the end of November.

It had to go off; it was bloody boiling in the kitchen now that the weather is warmer and there was no point having the equivalent of the UK’s largest radiator turned on twenty-four seven. I mean. Luckily, we have an extra module on the side of the oil-fired AGA; a four gas-ring burner (gas connected to a bottle somewhere, not the mains, as we’re not on mains gas) and then two electric ovens beneath.

The funny thing is; when we moved in I hated the AGA. I thought that it was a ridiculous idea. The only two benefits to it, as far as I could see, were the fact that it was on all the time and that it was nice and warm to stand against. In fact, the being on all of the time thing was also filed under “drawbacks” on my pros and cons list – because who needs their ovens and hob to be on all of the time?

Turns out I do. It’s brilliant having constantly heated ovens! Fancy quickly heating up a quiche? Just slide it in! Want to briefly warm up some tortillas or naan breads? Throw them in and forget about them for ten minutes! Need to dry out your trainers? Yep – you’ve got your ready-made airing cupboard right there.

So yeah, I miss it already. Although I have to say that cooking on gas is a hell of a lot more precise than cooking on an AGA top, which is sort of one step away from campfire cooking… 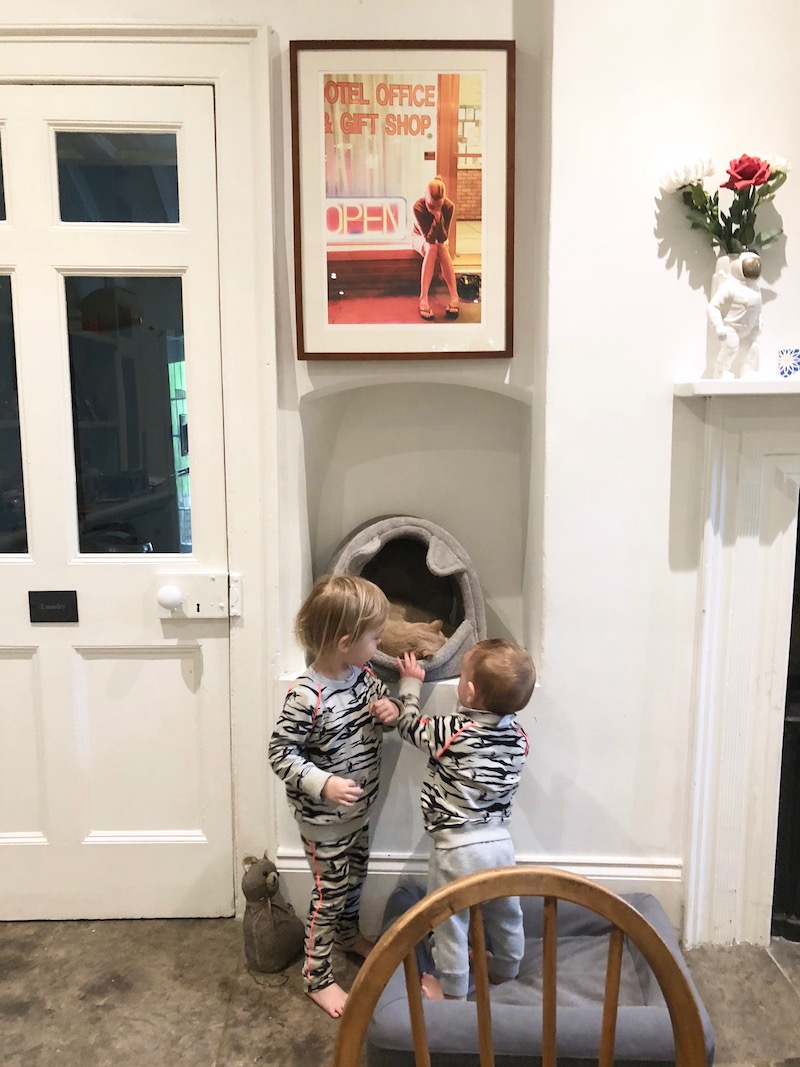 Angelica – who is three next month – has started telling little porky pie fibs. Thankfully, most of them are relatively amusing, but I’m trying to nip the whole trend in the bud. I suppose it doesn’t help that we spend most of our time making up silly stories for her entertainment – trying to explain why some stories are OK and others are classified as lies wasn’t the easiest subject I’ve ever had to negotiate..

In other news, we have had to completely change the way we have adult conversations in the house. Little Miss Radar picks up on absolutely everythingwe say and sometimes comes out with snippets of chats, like a parrot, days after we said the damning words.

“Your bloody right of way, Mummy?” she said, the other morning.

“Hmm?” I said, frantically trying to think of what the hell I’d said next and whether it contained any sort of profanity. “Right of way? What do you mean?”

To be fair, I am surprisingly good at not saying things I shouldn’t in front of her. For someone who enjoys a good swear, especially when I stand on a plastic model of a Hammerhead shark or trap my fingers in the cutlery drawer, I manage to be good all day long – I don’t even say Oh My God, which is something I utter about twenty times a night when they’ve gone to bed.

But put me in the car and it’s like being in a swear-word pressure cooker. They long to burst out of me at every turn. I think it’s because I’m so used to doing journeys alone and shouting until the air turns blue. 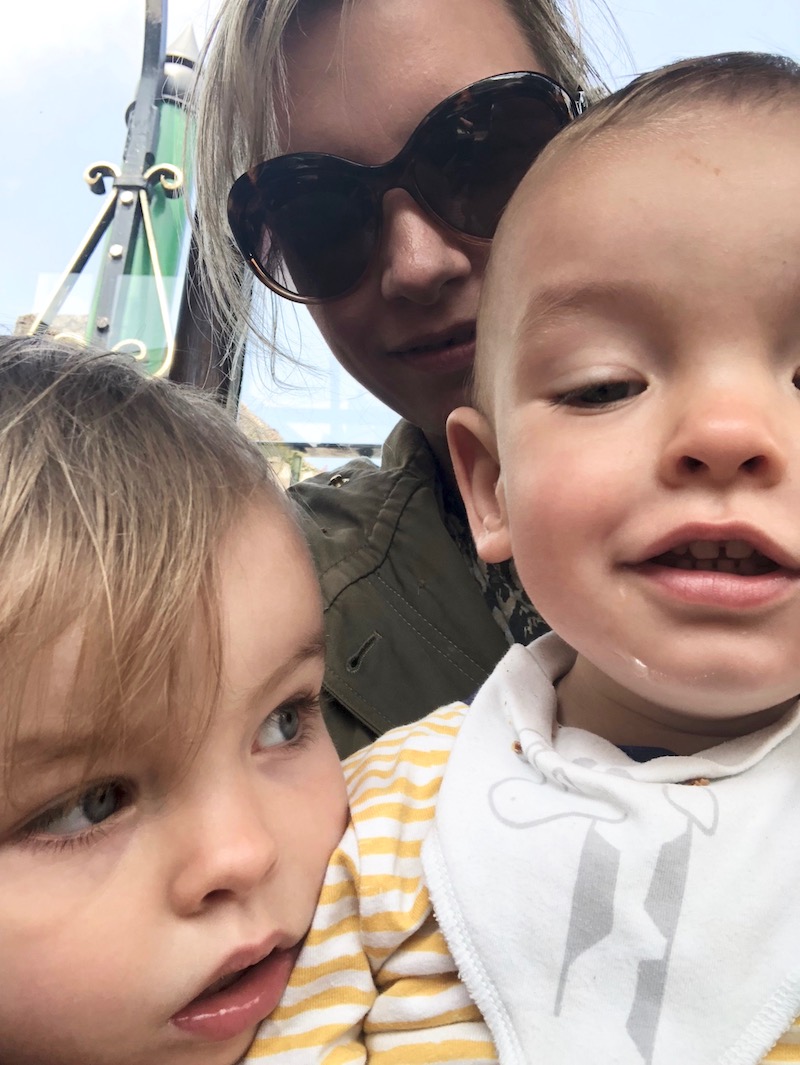 Ted, who is now sixteen months old, is staggering about the place like an overexcited fresher who’s had too much to drink. He’s solid on his feet (and generally just really…solid) but if he goes too fast he does that weird two-steps-forward-two-steps-back dance that babies do and then he falls over. (Sidenote: remember this Paula Abdul song? I’ve got it stuck in my head now!)

He’s also constantly teething and he really suffers with it. Angelica didn’t cry once when she was teething – didn’t really cry full-stop – but Ted has real problems. Red cheeked, most days, he dribbles through a bib every couple of hours, pulls desperately on his ears and gets really irritable. And the contents of his nappies are – how can I put this? – exotic. Fifty shades of brown.

God, that would be a non-sexy spin-off wouldn’t it? Haha.

Fifty Shades of Brown. Chapter One.

Christian walked into the room grasping the leather handle of a long, black whip. From her crouched position on the bathroom floor, Sarah tried to wipe baby poo from the shower partition but only succeeded in spreading the pungent human waste across the rest of the glass.

“Sod off Christian,” she said, as he ran the tip of his whip down her spine, “what an earth makes you think that I want to have sex?”

“You have no knickers on,” said Christian. His eyes were dangerously dark, but probably because he hadn’t had more than four consecutive hours’ sleep in eight years.

“Oh you daft git,” said Sarah. “The baby projectile-vommed on them so they’re soaking in the sink.” 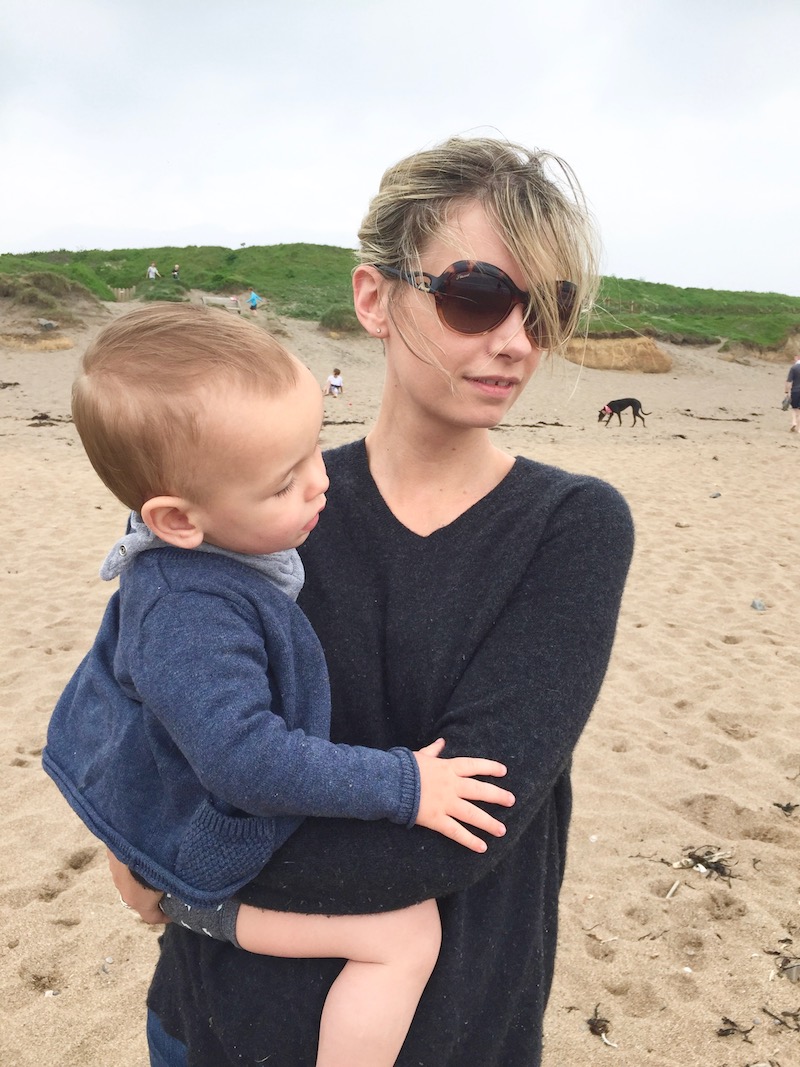 But Ted is infectiously happy when his teeth aren’t playing up, always chasing Angelica around in fits of giggles, and he is brilliant at hugs. He lays his head on my shoulder and sort of pats me, as though I’m the baby, and says “aaahhhhh”. Or “mama”. And then dribbles all over me. I need to start wearing absorbent shoulder pads. Are those a thing? Oooh, Dragons Den idea. 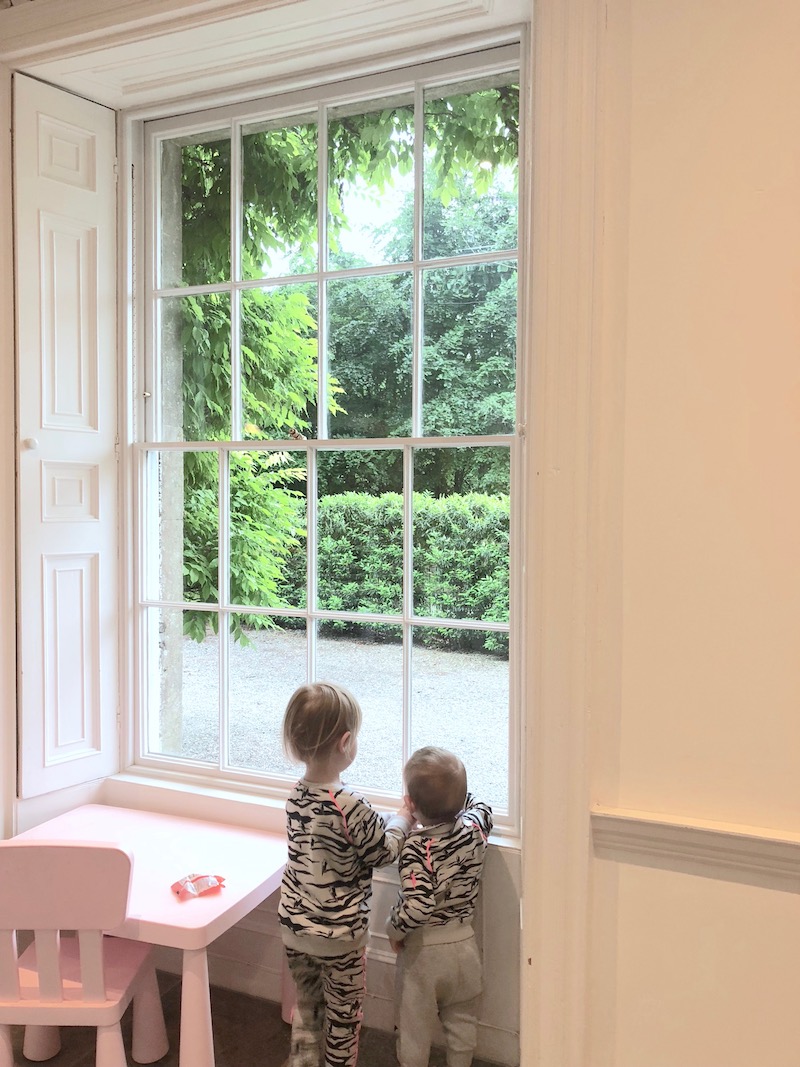 And on that fascinating note I’m going to leave you: I had a whole load more to write about how crazy my work life has been and some thoughts on how the hell to fit everything in, but I think that’s another post. I’m trying to arrange my words into something relatively useful rather than just sounding as though I’m having a moan, so you can look forward to that one. 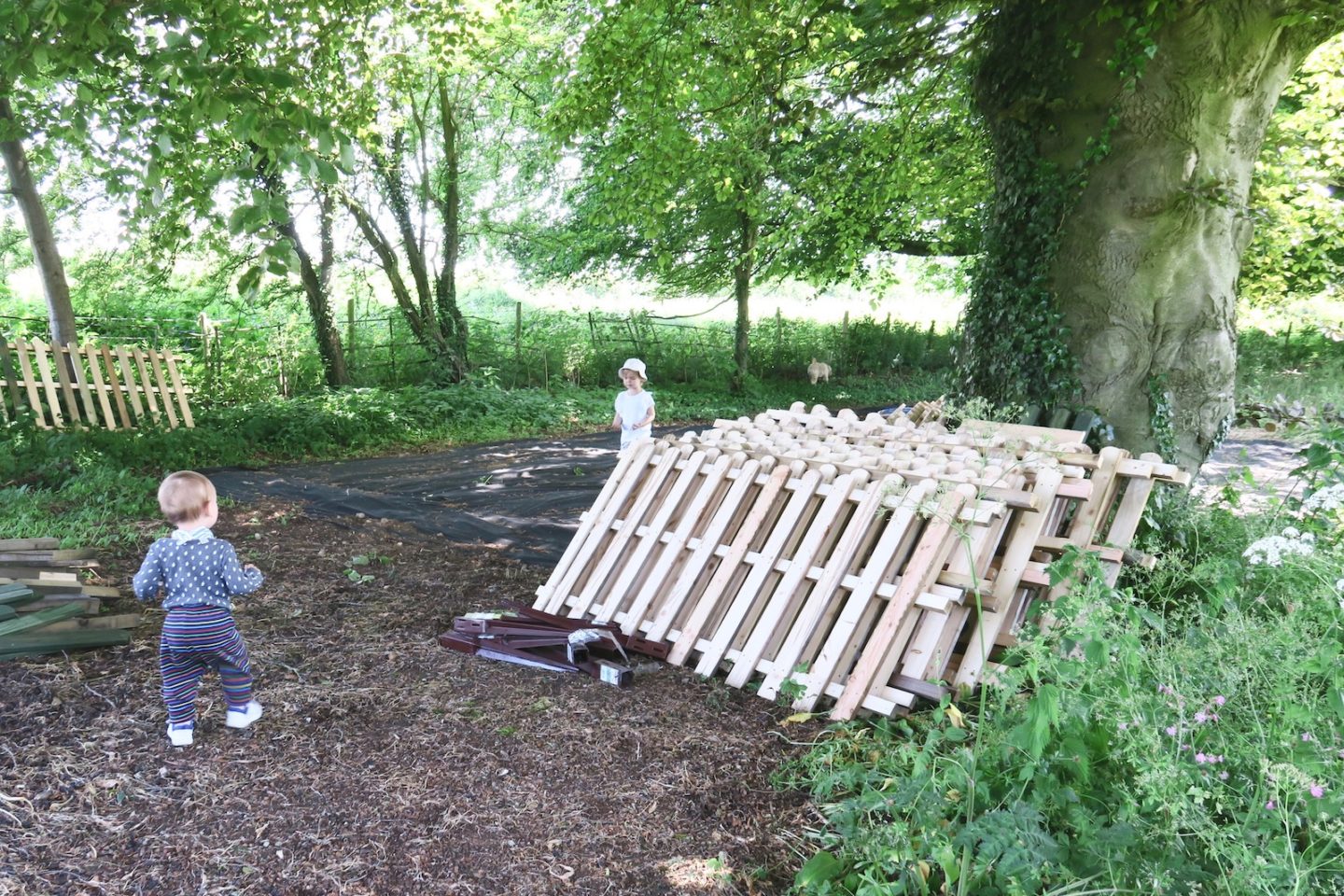 Mr AMR is building a kids’ play area in the garden, complete with about eight tonnes of those bark chippings on the ground, a picket fence and a pirate ship. So I am on Full Kid Duty, which means that I can have a Coca Cola today because I need it for energy and sanity. I’ve been doing quite well with my healthier eating – only two Mint Choc Magnums in the space of a month and the other week I did a whole seven days without a can of Coke. I reckon I’m averaging three cans a week? Not too bad…