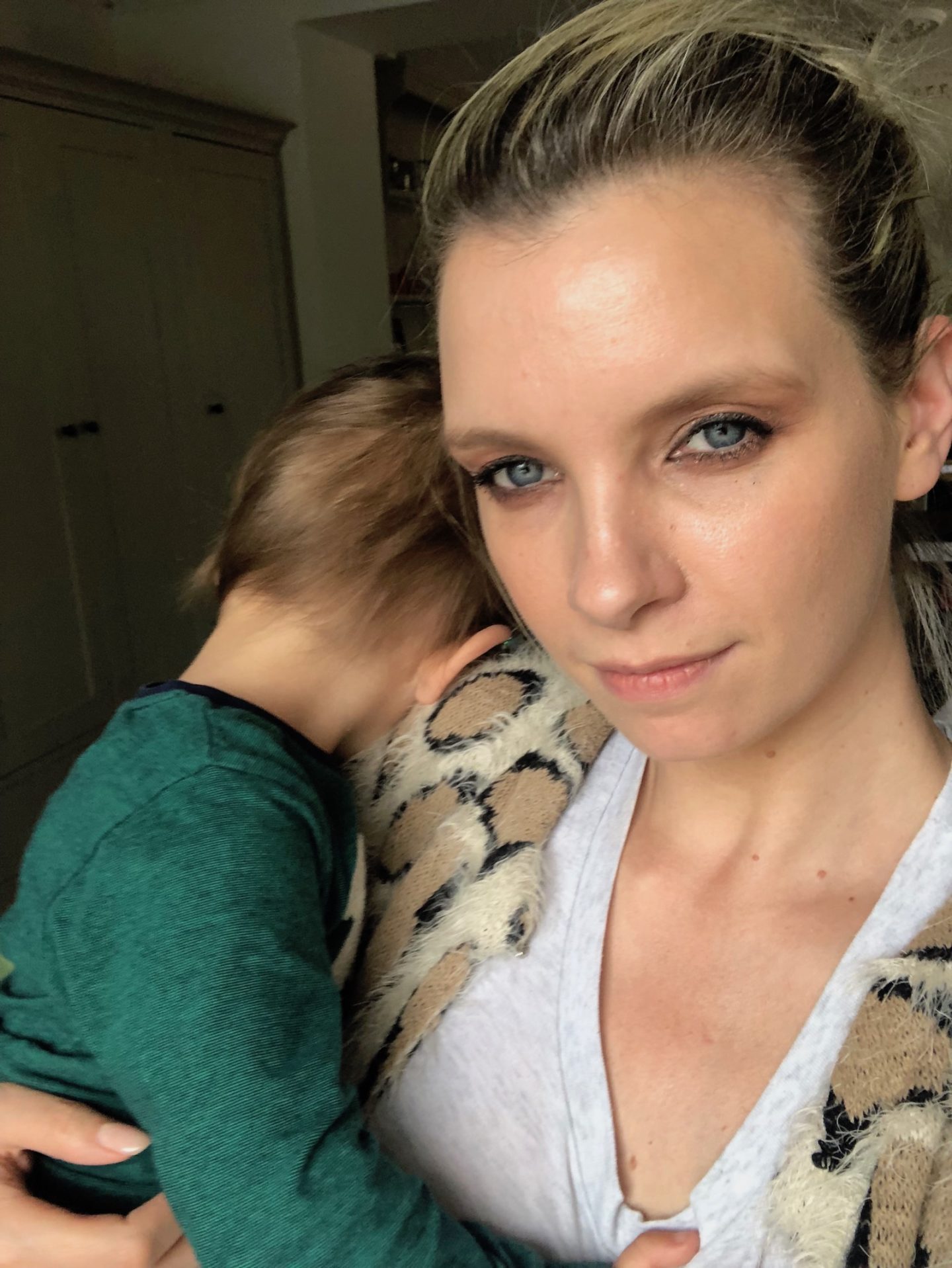 This could be interesting; I’ve given myself forty-five minutes to write my monthly life update and I’m writing it, perhaps unwisely, from bed. Because it’s bloody freezing isn’t it? And we have now entered the month of May, which means that it is now illegal to turn the heating on. In this house, anyway. So I am wearing two cardigans and have scurried upstairs to put my legs under the duvet, which is why I have broken my self-imposed rule of never writing from bed.

It just feels wrong, writing from bed. Like I’m doing fake work. Mind you, I can’t eat or drink in bed either – unless it’s a hotel bed. I think it’s because the thought of having to change the bedding if I spill something is so utterly horrifying to me; it’s bad enough having to wrestle with the mattress cover and the fitted sheet and the duvet cover on the designated linen-change day, I’m not going to risk putting myself in the position where an additional change is necessary. No hot drink is worth that. Changing the duvet alone takes about eight days and that’s once you’ve worked out which way around it goes. Snapping the fitted sheet back on requires the strength and dexterity of twelve world class athletes and don’t even get me started on the complexities of the mattress protector. The only part of linen changing that I find remotely compatible with my skillset is the pillow cases, so I take my time with those and hope that Mr AMR will do the rest.

Anyway, life update: I have forty-five minutes because I am determined to be reading my Kindle and ready for sleep by 11pm and I want to fit a quick bath in before then too. I’ve been taking nightly baths with loads of epsom salts and they’ve been completely knocking me out! It’s brilliant! The deep sleeps coupled with my new exercise regime (I try to do two exercise classes a week, one pilates and one barre class) mean that I’m feeling significantly better than I did at the start of the year. Slightly less stressed (I’m developing something of a c’est la vie sort of attitude towards petty things that are out of my control) and definitely physically fitter, although I must admit that I type this with my belly lying across my lap like a weird, smooth, boneless pet. 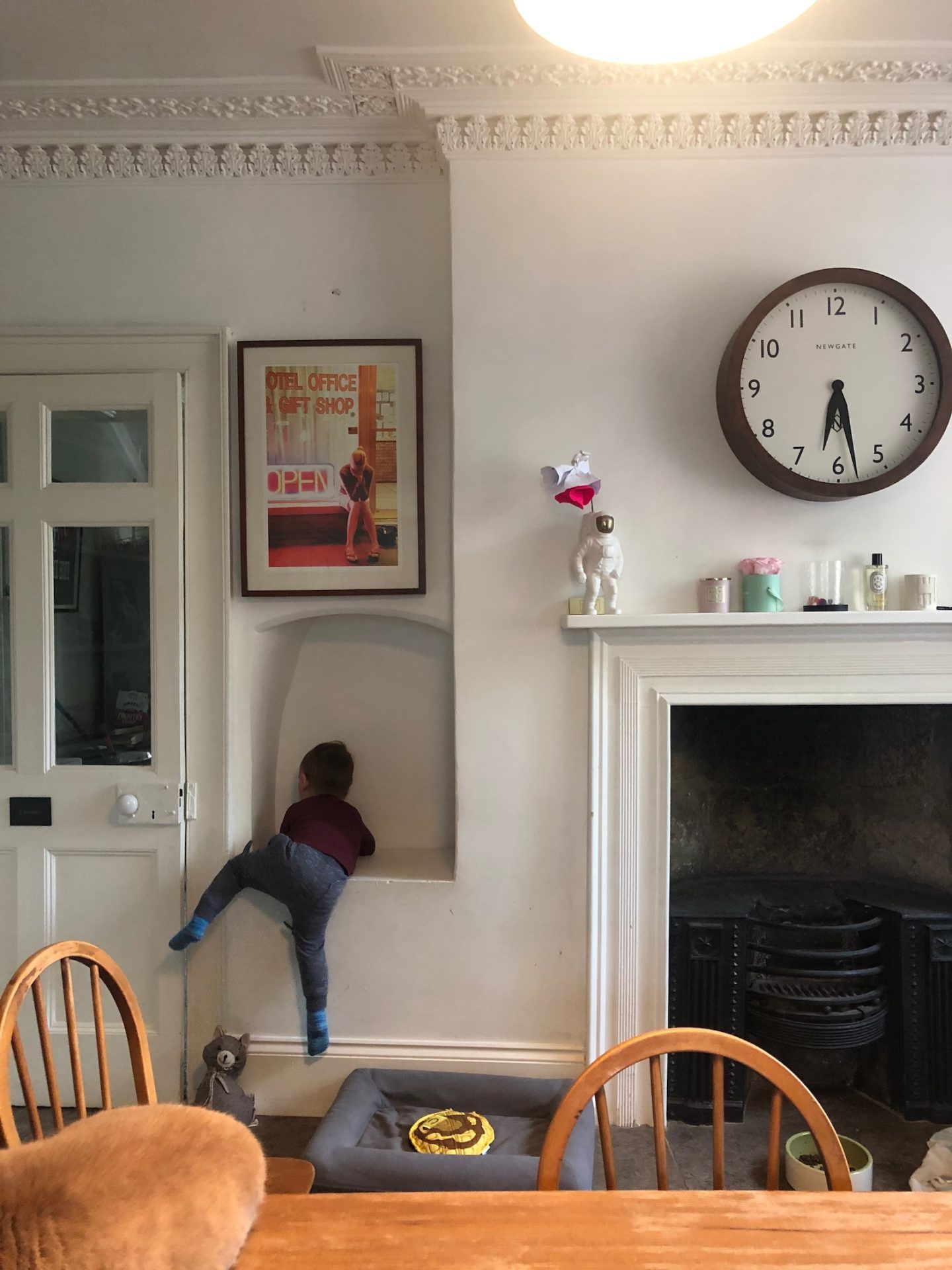 It’s actually quite amazing that I think I’m less stressed because when I analyse my actions over the last week, I’ve blown my top at least five times. All with the kids. Can someone please advise on how it’s possible to deal with two simultaneous toddler/small child breakdowns and not completely lose their sh*t? Honestly, when one of them is screaming about an apple not being the right sort of apple and the other is using a chair to climb up into the sink that is filled with dirty pans and sharp knives, and then the doorbell goes and the dog barks and also a work email pops up asking if you’ve remembered the 4pm deadline for the post that needs to be with a client for approval and then the first child starts crying because they are hungry and they really, really need the correct type of apple, peeled and chopped into seven chunks, HOW IS IT POSSIBLE NOT TO COMPLETELY LOSE THE PLOT?

Other battles we’ve had this week; the requests for what amounts to a continuous supply of snacks. Even if they eat loads at mealtimes, they want crackers with peanut butter. Fruit. Not any fruit, just the sort of fruit that’s pricier than gold leaf – blueberries, raspberries, mango. They want slices of ham, small pieces of cheese – “just a tiny piece Mummy!” – and I stand at the cupboard like a big bird feeding morsels to my baby birds, their heads tilted upwards and mouths open, squawking loudly between drops. 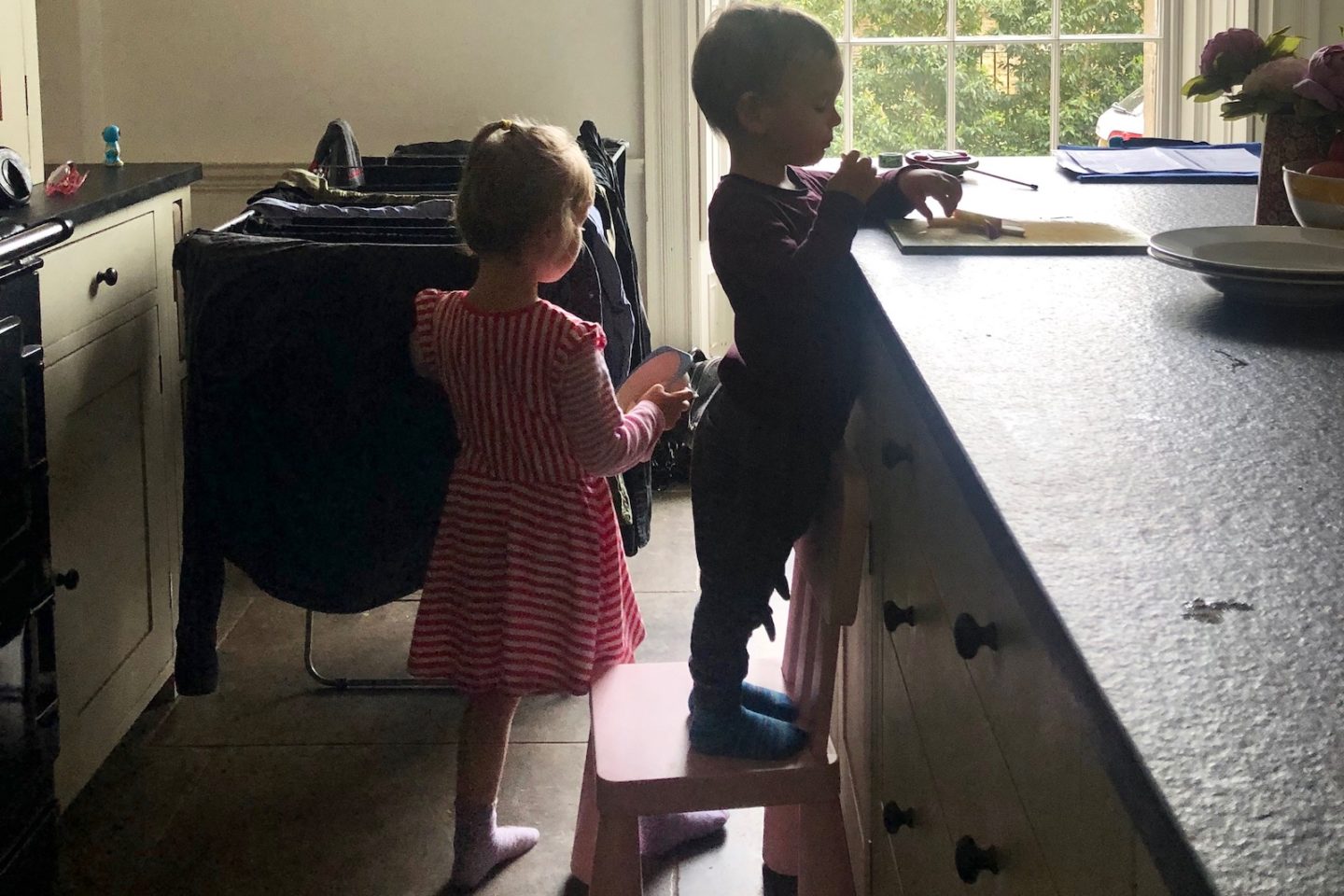 How, also, is it possible to feel such gigantic swings of emotion? Elation one moment, when you get a spontaneous cuddle, or there’s a genuine heartfelt laugh at something, and deep despair the next, when you realise that the shadow on the carpet is, in fact, an entire beaker of spilt milk and that both children have been dancing in it whilst you’ve been on the phone to the electricity company.

Angelica (three years and nine months old) has a new hobby: rhyming. She can sing a made-up song for well over half an hour with lyrics made from utter nonsense, but each line ends with perfect rhymes. She’s like a tiny modern Shakespeare – she even adopts a strange, thespian sort of voice to deliver her poetic musings. I don’t know where she’s witnessed this, because she hasn’t yet been to a theatre, but it’s uncanny – she sounds like she’s been on tour with the RSC. Though I have to say that I listen with my heart in my mouth when she gets to certain sounds – “the wizard he likes ducks, in forests he does mucks, and I like doing lucks, and I don’t give two -“

So she likes rhyming, and she also likes throwing herself around in really dramatic power-move sorts of dances. Sometimes at the same time. I’ve had to hide the microphone. Although that’s mainly because Ted (two years and three months old) gets it in his little chubby grip and screams into it with his entire mouth wrapped around the top. It’s excruciating – like nails down a blackboard.

“LOOK MAMA!” he says, now. “LOOK, DADA!” At everything – cars, trees, birds. Objects that have been in the house since the day we moved, that suddenly become a great source of interest, as though they’ve just appeared from a different dimension. “SAUR, MAMA!” he says, pointing at the dinosaur head on his bedroom wall. “BOOKS, MAMA!” “DRAWER, MAMA!” 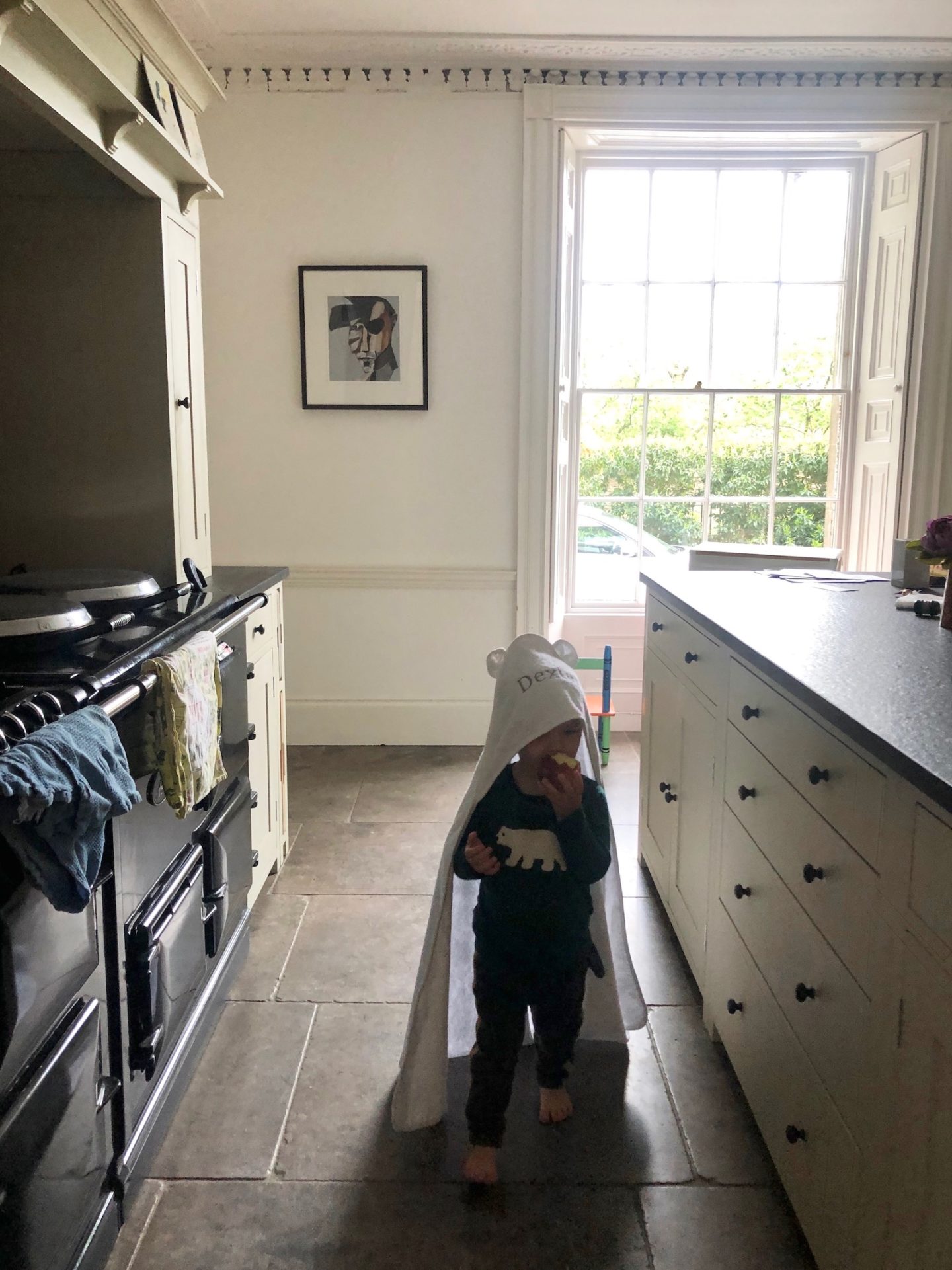 We’re still safety-pinning Ted into his sleeping bag – forget the pin at your own peril, because you will go up an hour later to find him still awake, naked bottom in the air, mattress soaked in wee and his clothes, nappy and sleeping bag completely dry and neatly cast aside on the floor at the foot of the cot.

Ted’s favourite object of the month: books. Any and all. Angelica’s favourite thing: the kitchen timer. Actually they both love the kitchen timer and they’re always going off with it and twisting the dial to set the alarm. It puts my nerves on edge, I tell you – always dinging at some random moment so that I’m half-expecting a pan of pasta to boil over or a cake to burn in the AGA. (Don’t make me laugh: I’ve never baked a cake in the AGA. I can’t remember the last time I baked a cake full stop!)

It has been an excellent month for non-bribed cuddles – Angelica has thrown herself around me a number of times and not just when I’ve been playing (under duress) the Prince from Cinderella. My most hated role. I even prefer being the evil stepmother. My favourite role of all is being the patient in the doctor’s surgery, because I get to lie down – although you have to be careful when Ted is the doctor because he hits you with the wooden hammer really hard. Clonk! on the knee. Clonk! on the ribcage. Clonk! on the top of your head.

It’s actually quite terrifying when Ted plays the GP – waddling over with his little red bag of tricks. “Teeth!” he says, so that he can check your teeth with the plastic mirror. It’s amazing I have any teeth still in place, the force with which he rips the mirror back out. And he’s a menace with the injection – good God! The look on his face when he administers the shot. Pure sadism.

Ted is the master of cuddles, despite also being a very convincing psychopathic doctor. The way he drapes himself around my shoulders and asks to be carried down the stairs utterly melts me. I still think of him as a baby, but it’s a coping strategy if I’m entirely honest; it’s hard to accept that your babies are no longer babies and then that’s it. When you have babies, you think that they will be like that forever and – although it’s a bloody good job they’re not babies forever – it’s a shock when you realise that you’ll never be needed in the same sort of way again. 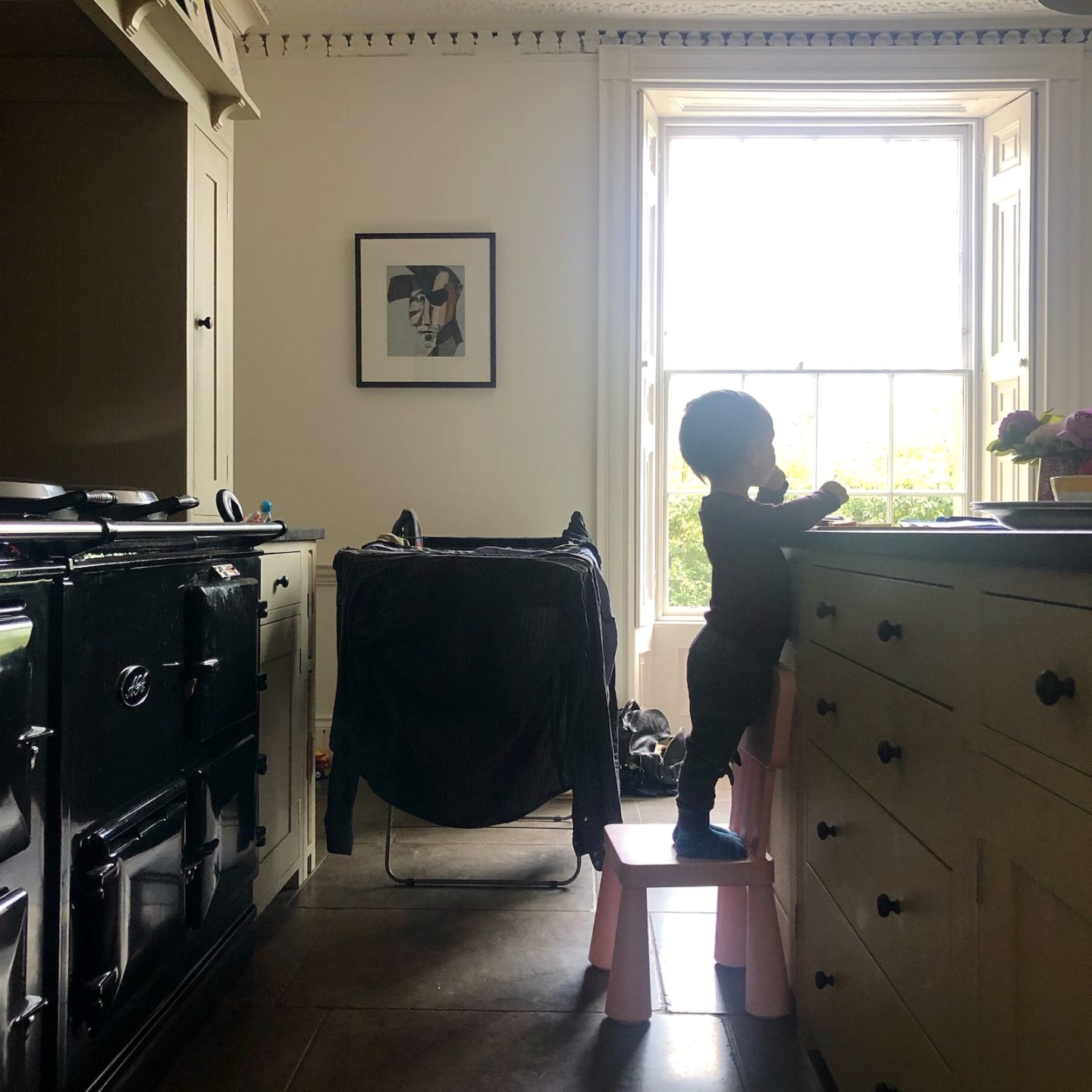 Ho hum, moving on – my bath awaits and I have the latest Shardlake book (book seven!) waiting for me on my Kindle. A salt soak, a ten minute snoozy read and I’m off to the land of nod. I wish you all a wonderful bank holiday weekend if you’re in the UK – and a very happy birthday to Rach, my right hand woman and wonderful friend. I’m pretty sure Angelica’s rhyming obsession is your fault, Rach…