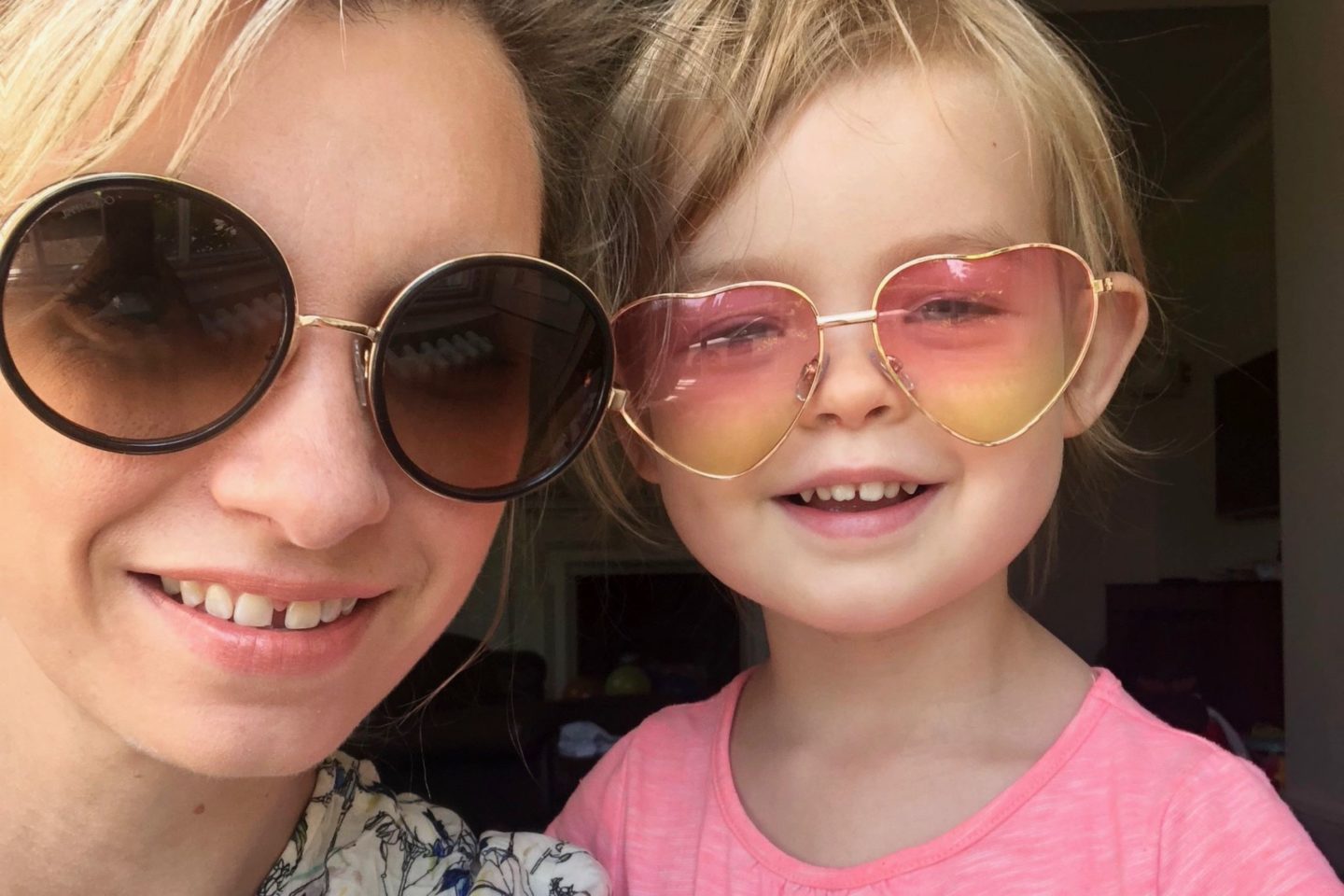 It’s the 3rd of the month, which means life update day. It has been published on the 3rd of every month for well over a year – I changed it to the 3rd when Ted was born (on – you’ve guessed it – the 3rd!) and before that it was on the 17th, which was the day of the month that Angelica was born. Making sure my update is completed before midnight at the end of the designated day has become something of a compulsion – it’s the one deadline I stick to absolutely rigidly.

When this monthly feature was on The Uphill, I quite often used to forget all about it until about half eleven, at which point I’d look at my diary to see what was going on the next day and notice it was the 3rd and then race to my laptop in a blind panic. Usually I’d then be knocking out an apologetic update (not a euphemism!) whilst Mr AMR brushed his teeth in the bathroom – sometimes I’d hit the publish button mere seconds before the clock changed to 00:00. I was like the Cinderella of the internet.

But now that all of my bits and pieces are in one place (you can still read The Uphill posts by clicking the FAMILY tab in the menu bar) I feel slightly more in control of things and a lot more organised. I’m writing this at 8pm rather than 23.45 and there’s not an ounce of panic to be seen – I’m cool, collected and ready to rumble.

Oh – apart from the fact that tomorrow I am going to my first exercise class in about five years. I thought that I’d ease myself in gently, so I went for something called HIIT, which sounded friendly because it looked a bit like “HI!” on paper. But then I Googled it and saw the words “high intensity”, so that was a shocker. Hopefully I won’t throw up, like I almost did at Barry’s Bootcamp. Actually, that may have been my last workout! Let’s search back shall we? I’m sure I did a post on it… here! My God, January 2013. Worse than I thought. I may not even survive the class. Death by HIIT.

On a sidenote: I have managed to get my Mint Magnum habit under control – I think I’ve only had three since the last life update – but my Coca Cola addiction is still out of hand. I don’t have more than five cans in a week, so it’s not as though the quantity itself is massively worrying, it’s more my dependence on it and the way I feel if I’m deprived of it. It’s my pit-stop, my lunchtime recharge moment, the thing that gets me through the rest of the day. But it makes me feel so dirty afterwards and my mouth feels funny for hours, so it’s next for the (semi) chop. If I didn’t buy them from the shops then the problem would be solved instantly, but I go past the aisle of sin in Sainsbury’s and the red block of cans just sings out to me. “Holidays are coming, holidays are coming…” Marketing genius, the whole thing.

Anyway, enough about me: what’s been happening with the toddling, waddling miniature people in my life? 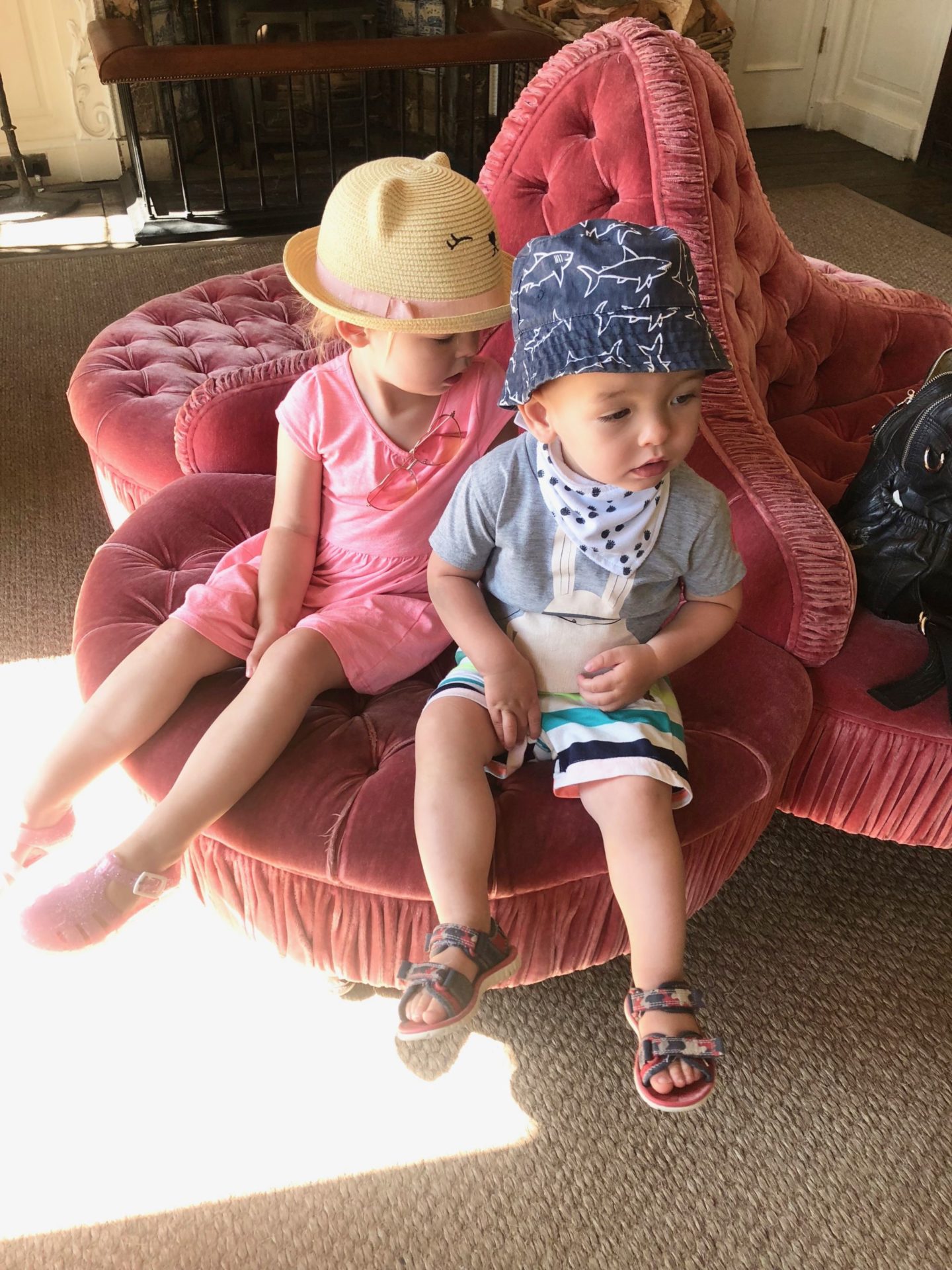 Ted is 17 months old and flies about the place at a million miles an hour, shouting “GO! GOOOOOO!” and crashing into stuff like he’s on a self-destruct mission. He has no fear, will launch himself off ledges into the unknown, stick his fingers in the mouth of any living creature big or small, put virtually anything into his mouth just to test it out and likes to scrape things along walls. Thank God the previous owners of the house painted everything in a chalky white paint, which chips if you so much as sneeze at it and holds onto stains like it never wants to let them go.

Oh! Ted gives the most amazing cuddles and they are made even more great by the fact that he actively seeks you out to administer them. What a delight! It’s like being in a new relationship, all fuzzy and forgiving and teeth-clenchingly cute. I’d say “I just want to press pause on this”, but actually I don’t: I know what’s to come, and it’s even better. Being able to communicate with a small being is excellent – one-way baby talk is sweet, but two-way conversations are preferable. 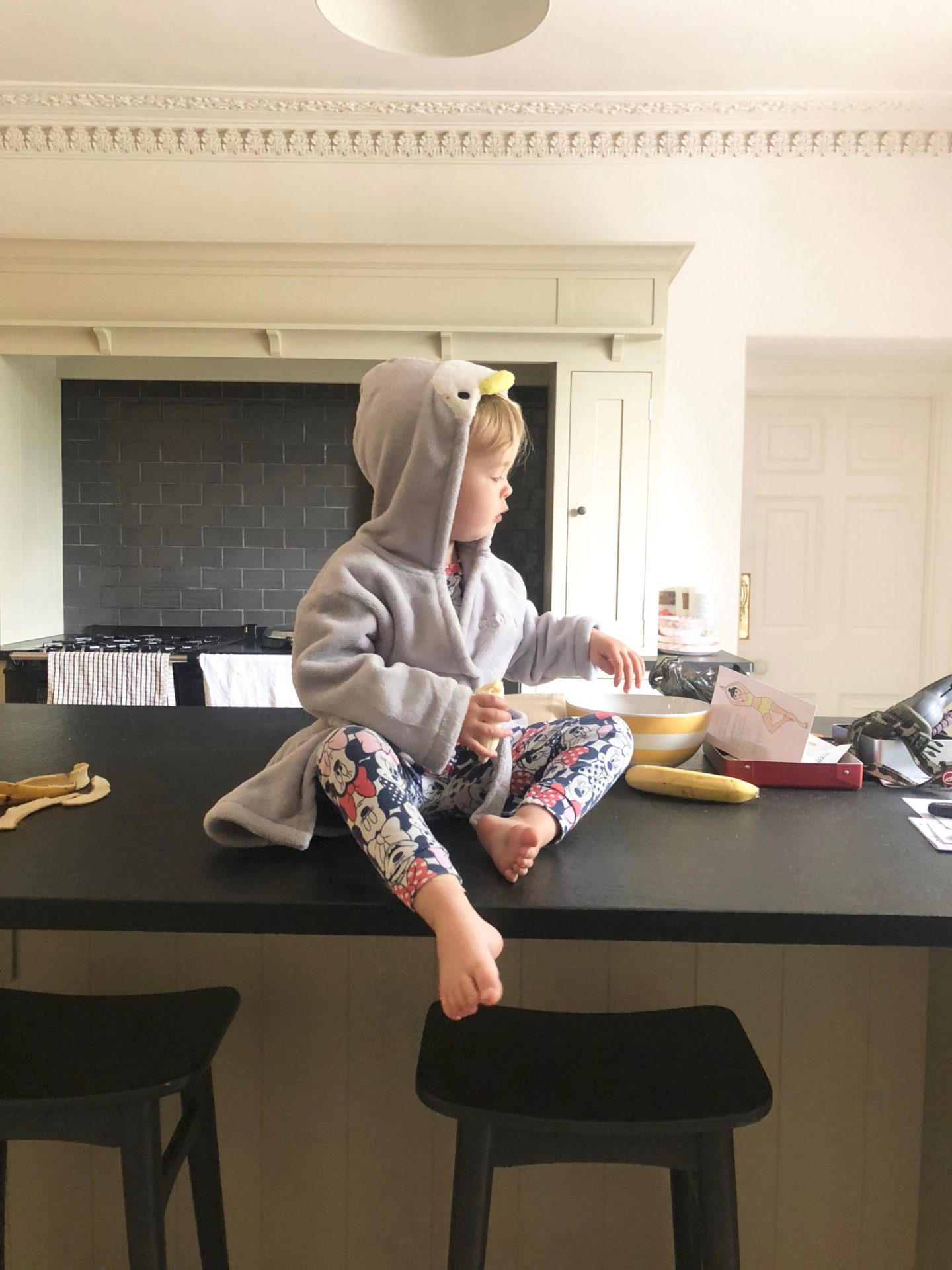 For example, Angelica – she’s just turned three – can now ask me things like this:

“Where does hair come from?”

“Why does Lions roar?”

“Where does wall come from?”

And I have to think up answers. It’s all so abstract that it makes my head hurt. If I was answering another adult, of course, it would be different – I’d say “from follicles”, “to warn away competition” and “stonemasons” – but trying that with a three year old is opening yourself up to a whole new world of pain.

“A thing on your head that grows hair.”

“Because we need hair.”

“To keep our heads warm.”

The “why” questions can spiral off into metaphysics so complex that a lecturer would no doubt have a job untangling things. Anyway, it’s all fun, unless I’m trying to herd them both into the car or get through my perpetual admin list.

Angelica’s favourite thing this month? Dressing up. She alternates between pirate and ER doctor – both costumes that my friend Rach bought her for her birthday. I think they are here* on Amazon – the doctor one is just brilliant, I laugh so much when she puts it on! Angelica, not Rach. Ooh, nursey!