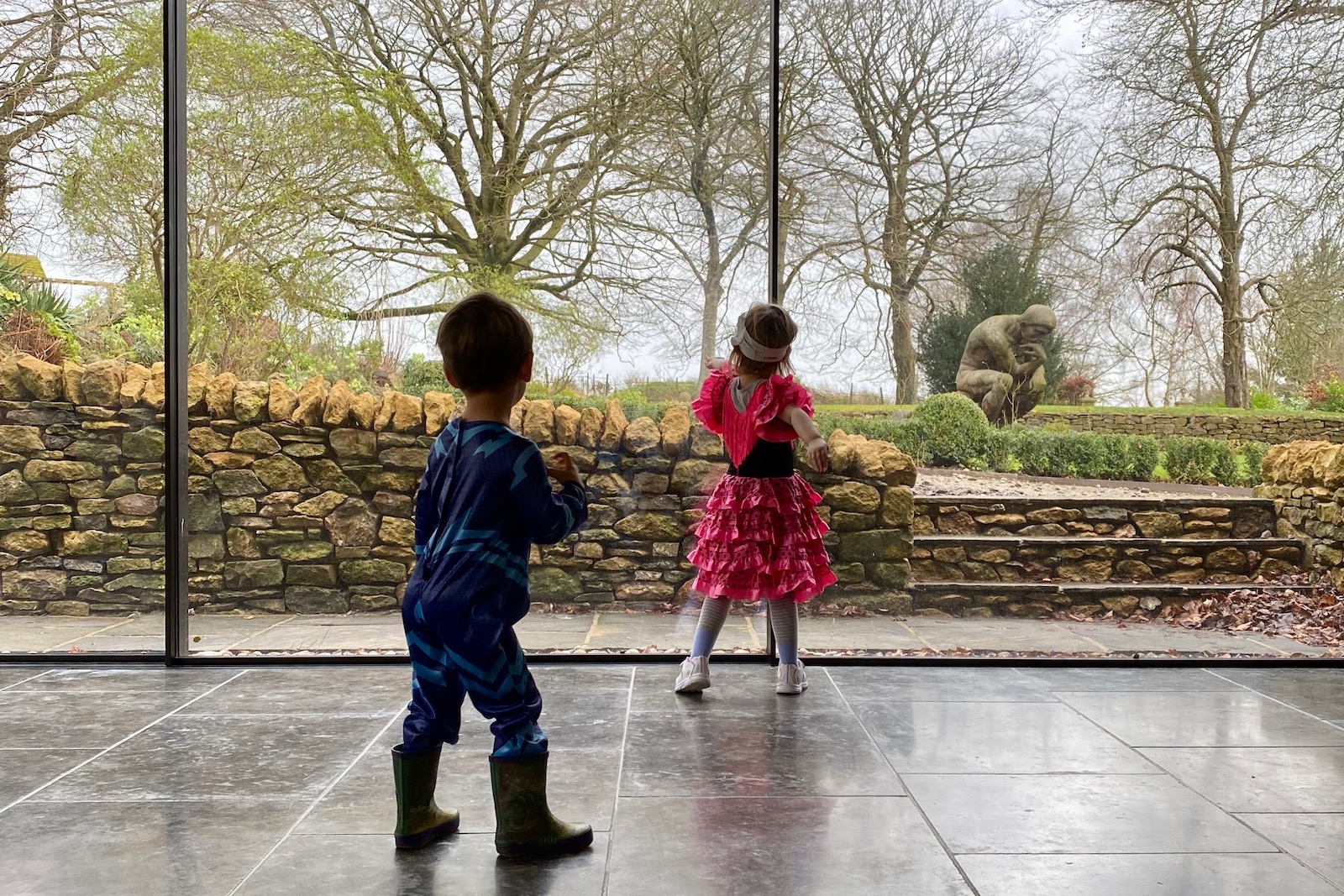 Well, life is hurtling along and Baby One (four and a half years old) asks for “quiet time” so that she can “write her thoughts in her diary” and Baby Number Two (three today!) has started sleeping in a big boy bed.

Now listen; some of you might be thinking that three is a little old to only just be sleeping in a proper bed but to all of those with boys, who have unleashed them from a cot earlier than this: WHAT AN EARTH WERE YOU THINKING? The cot is the single most useful tool of restraint: yes it resembles a small prison and I loved it for precisely this reason. With child incarcerated within it, I knew that he could not (in this order): put his finger in plug sockets, put the hands of small dolls in plug sockets, trap his own hands in the door jamb, trap other parts of his body in the door jamb, trip on the edge of a rug and bump his head on the chest of drawers, trip on the edge of the rug and bump his elbow on the chest of drawers, attempt to scale the chest of drawers, attempt to scale actual wall, which is smooth and without foothold so I have no idea why anyone sane would even try, collect every hard and spiky toy from around the room and arrange them just inside the bedroom door, tread on aforementioned spiky toys and hurt his feet, and finally, have a go at eating the spiky toys thus hurting his mouth.

The cot days are over and now the world presents danger at every corner, except that now it’s worse because Baby Two can simply clamber out of his bed and tackle these dangers head-on whilst everyone else sleeps, blissfully unaware. What the hell are you supposed to do? Reinstate the baby monitor with the movement pad? Set up some motion sensor lasers so that if he crosses the room an alarm sounds? Knowing him, he’d work out a way of clambering over and under them, like Catherine Zeta Jones in Entrapment.

Baby One is making developmental leaps of her own at the moment, turning from small child to fifteen year old Emo. She likes to make up songs in the bathroom, take selfies on the iPad with a sad and slightly grumpy face and is prone to complete meltdown if others struggle to understand exactly what she’s trying to say, usually a detailed description of whatever scrape or graze she has acquired during school hours or a request for a snack involving Nutella.

Talking of snacks and meltdowns, we had an eco-related incident last week that really got me thinking. On many levels. Not least that my four year-old is more educated on environmental matters than I was by eighteen…

(Before I tell you about it there’s an important update to this post that I didn’t know until a few people pointed it out and I did some research: Nutella is owned by Ferrero Trading and all of their companies use 100% sustainable palm oil. This kind of ruins the entire anecdote, to follow, but hey ho!)

“Mummy, can I have bagel with Nutella?”

“UGH! Please Mummy! Just this once! PLEASE! I hate cereal! I hate yoghurt with honey! I hate fruit! I hate berries!”

“You had all of those things yesterday and said you loved them! You can have cereal.”

“PLEASE MUMMY! Just half! Just half and then cereal!”

“OK, a tiny bit,” I said, mainly because I’d been up since 5.45am and wanted only to put my whole head inside the freezer and shut the door.

“Did you know we need to check all of our ingredients for palm oil?”

“Yes, Mummy, check for palm oil and if it says palm oil then we shouldn’t pick it.”

“We can’t eat it if it has palm oil?” (Shamefully I haven’t really been checking for palm oil as religiously as maybe I should, but I don’t eat a hell of a lot of processed food so there hasn’t been much to check. Until now.)

“Yes, because it kills the forest and then the Orangutans die.”

“That’s right! Shall we check some food things now? What shall we check? Oooh, let’s check the Nutella!”

Her face went ashen. Suddenly – I think maybe for the first time ever – she realised that there was perhaps going to be a proper, potentially life-changing moral decision presented to her. She was acutely aware that she was under the spotlight. Would her favourite foodstuff in the whole wide world, her sacred Nutella, betray her?

I held the jar beneath the magnifying glass, for this is now how I have to read labels until my monocle arrives in the post, and read out the ingredients list:

I was expecting a note of surprise to her reaction, but the dramatics far surpassed anything I could have dreamed of: the tiny eco-warrior quite literally crumpled with dismay, folding herself to the ground and sobbing. 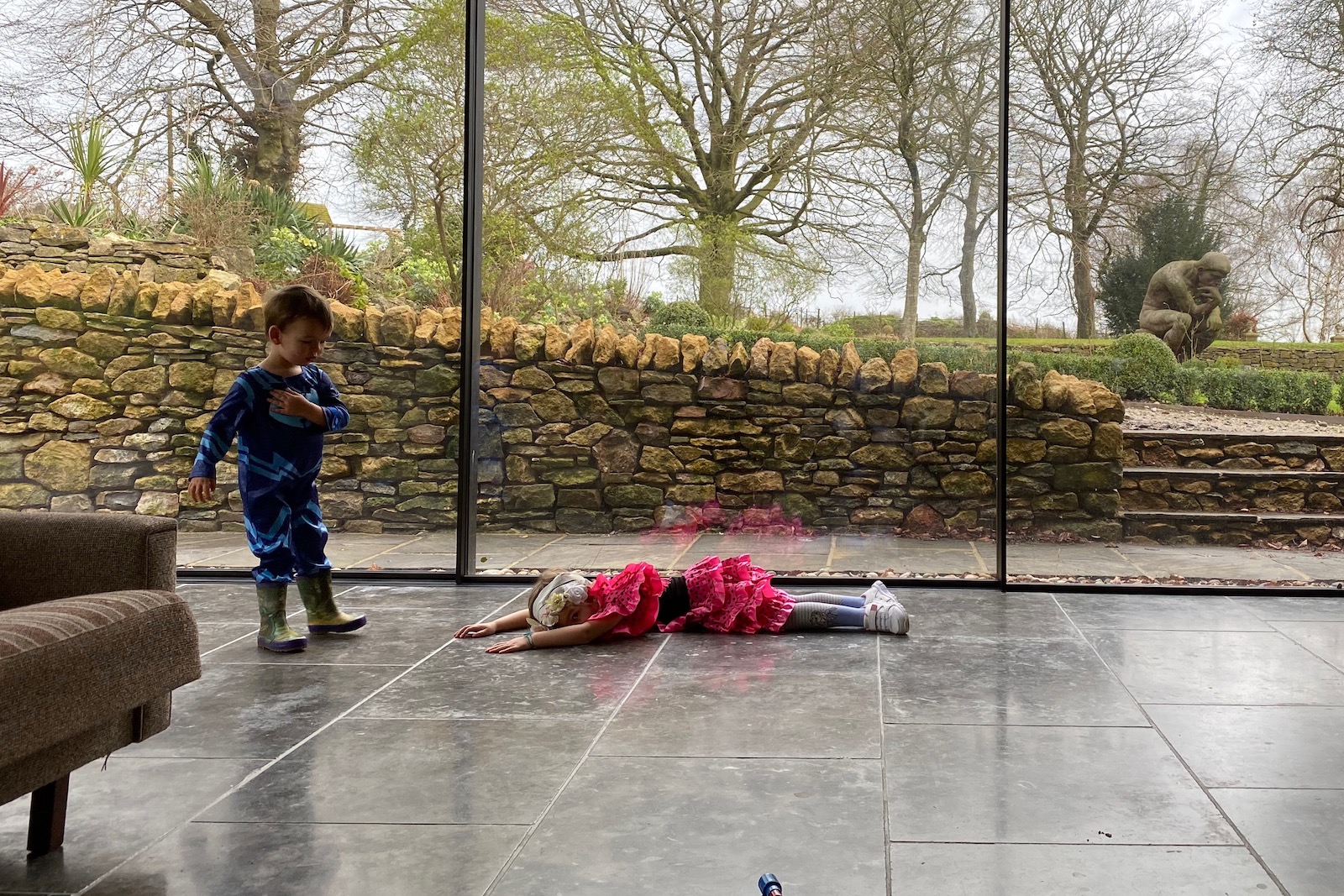 “Nooooooo!” she cried, the world’s most distraught and disappointed human, “say it’s not true!”

“The question is,” I said, enjoying myself in that perverse kind of way you do as a parent when you suddenly – for a rare and brief moment – feel as though you’re the one in control, “the question is, do we eat it or throw it away?”

She was relieved when I answered my own question by saying that it would be even worse – and very wasteful – to throw it away, and that we must finish every tiny scrape. Edit: knowing what I now know, I’m bloody glad we didn’t throw it away! I’m going to read more about sustainable palm oil today and maybe find a site that explains it to kids – I like to promote a rounded, considered view on things!

But anyway, I was actually quite moved and proud and also relieved that this is something they are learning about at school. When I was at school, even when I was leaving school, most probably, the most I knew about the environment was that using more than two sheets of loo roll was terrible because trees were cut down to make it. Later I realised it was more of a budget thing and that nobody cared about the trees anyway. That’s if the bog roll was even made of paper in those days. Terrible shiny stuff, Izal was, you’d get a lethal paper cut on your fanny if you didn’t wipe with due consideration.

You can read all of my monthly life updates, painstakingly written on time and in full for the past four and half years, by clicking here and browsing the titles.