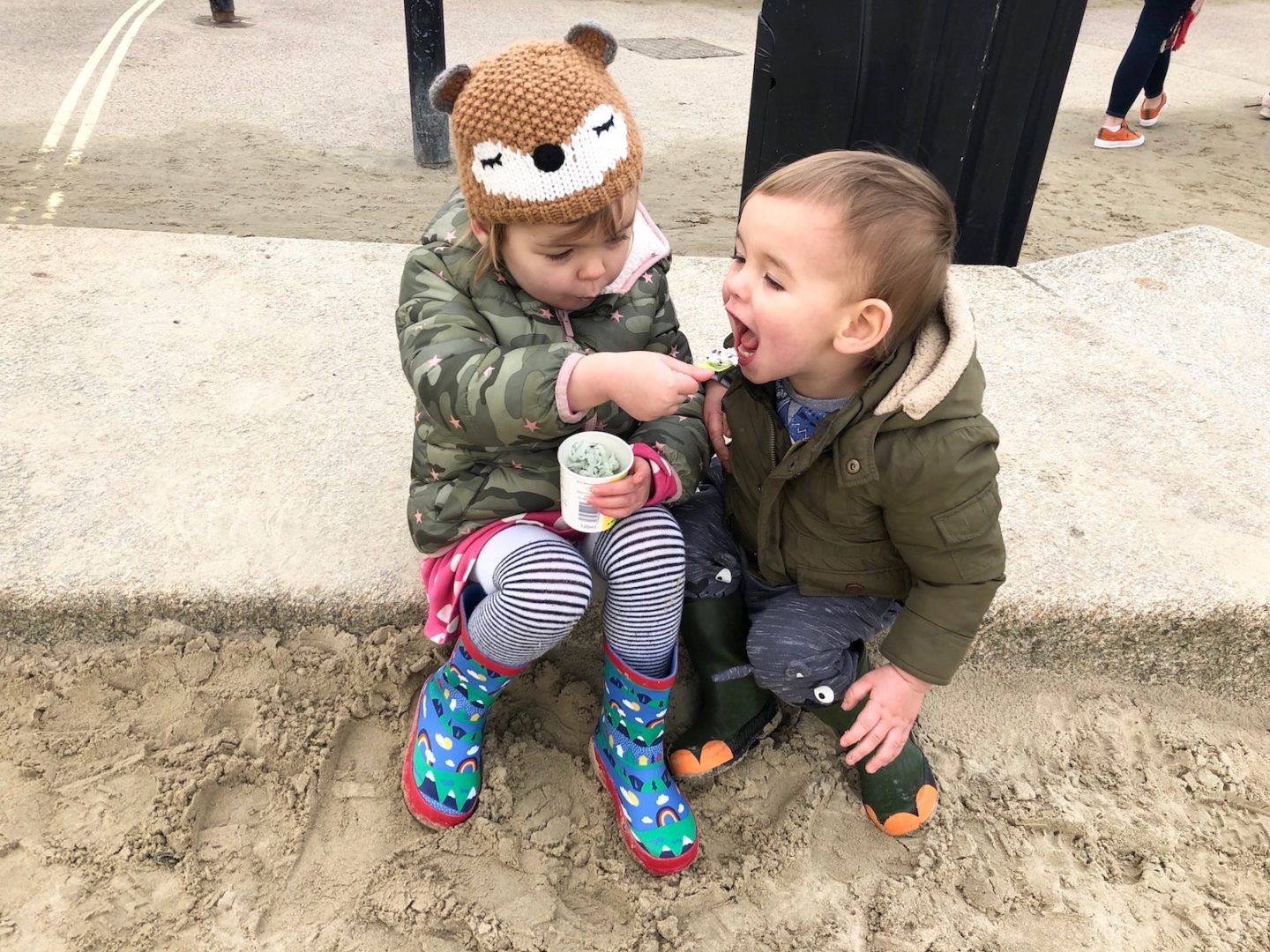 Ted is two today, which means that I must have entered some sort of space-time vortex since giving birth to him because I can genuinely say, without a hint of over-exaggeration, that it seems like only last month when I bought him home from the hospital. 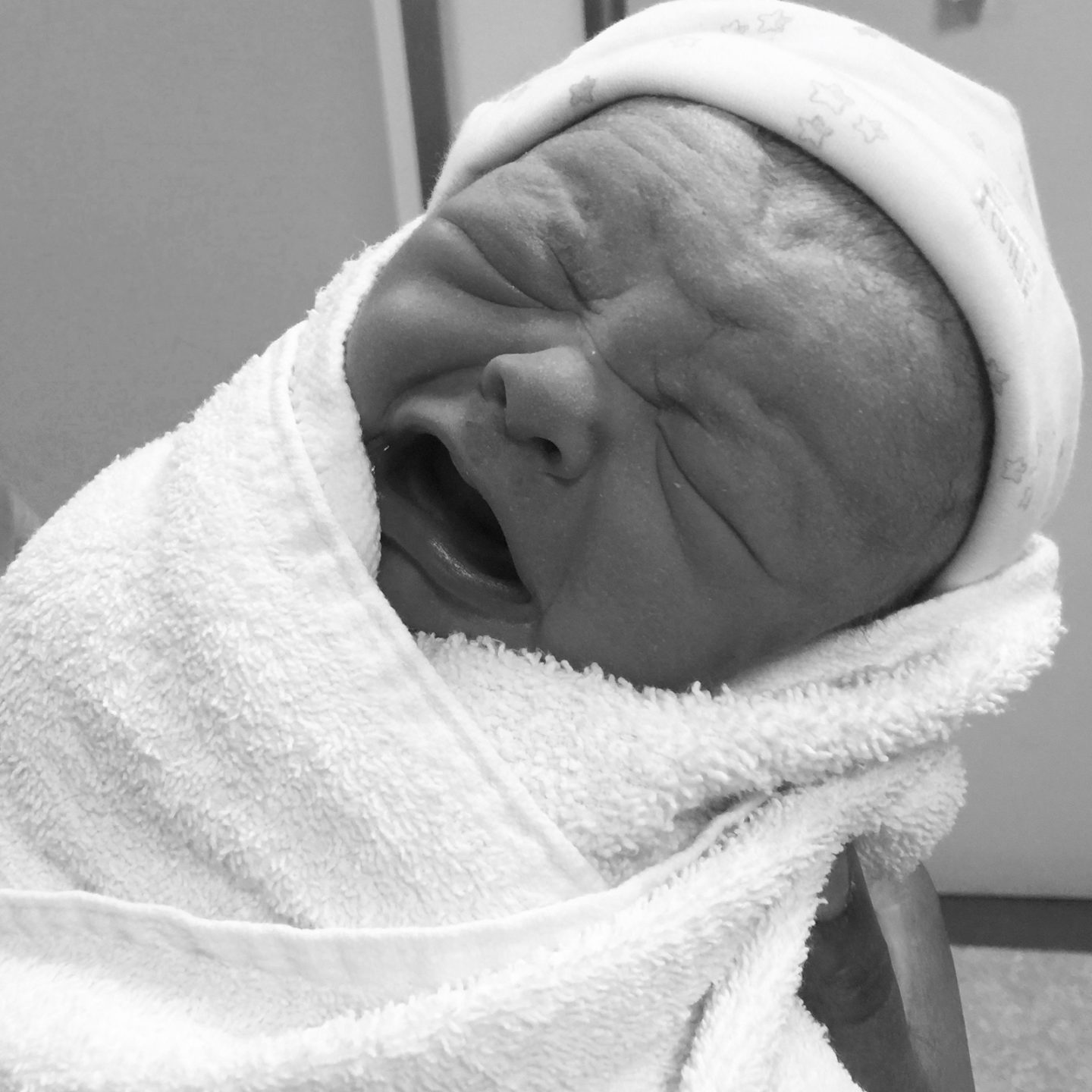 I can still remember the argument that was happening in the hospital reception when I arrived to book in for my c-section, I can still feel the sting of the Clexane injections I was given post-operation. (The anti-clotting Clexane injections were, for me, one of the worst parts of c-section recovery. Self-administering injections when you’re also trying to work out how to breastfeed a hard-gummed, furiously hungry newborn is just no fun.)

But here we are, two years down the line, and young Master Ted can say “bum bum”, “poo poo” and quite a few other useful words and phrases. To me he still looks just like a baby – still has the fine, wispy hair, the round face, the funny little walk – but to everyone else I’m pretty sure he would be classified as a Proper Little Boy. 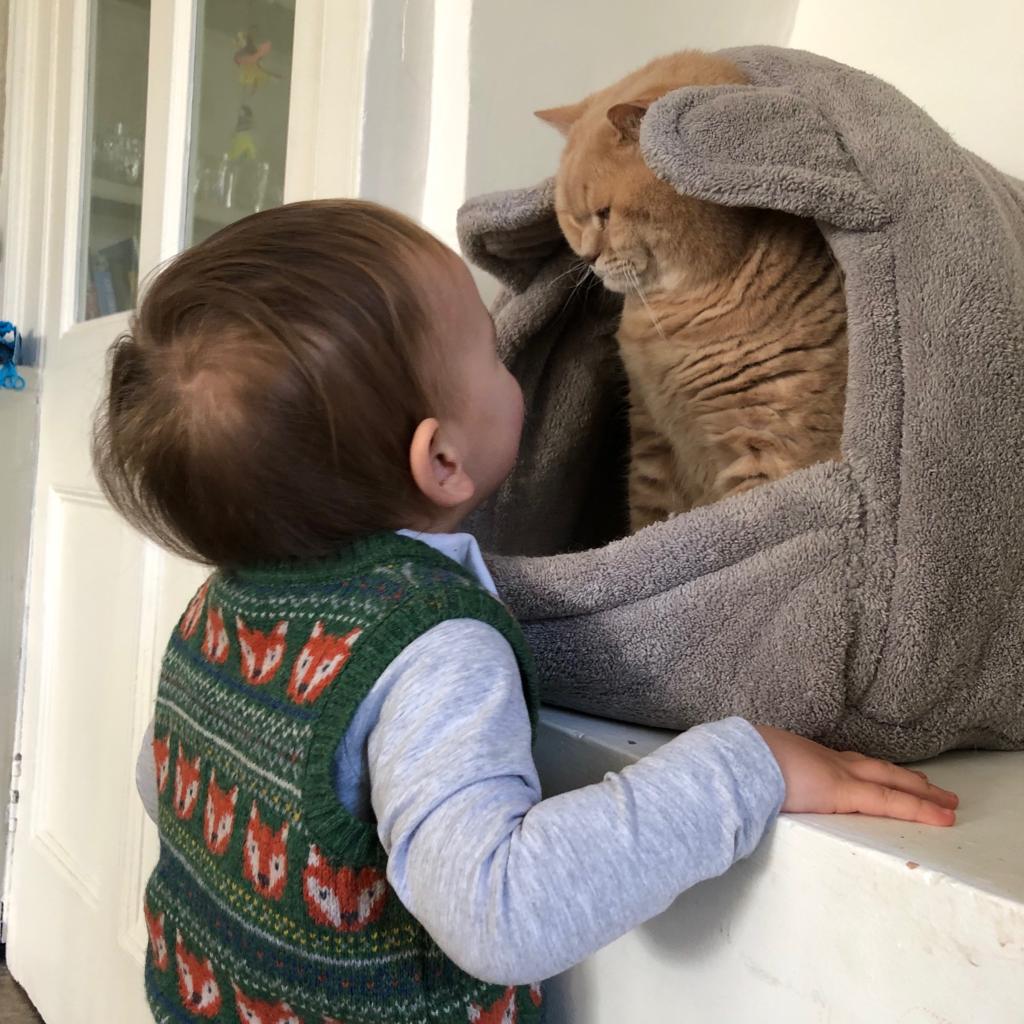 I mean he puts his feet up on the footstool to relax, for goodness’ sake. When he’s pacing he jams his hands in his pockets, he strokes his chin when he’s thinking; he’s one step away from smoking a pipe and wearing a monocle. He’s two going on eighty! 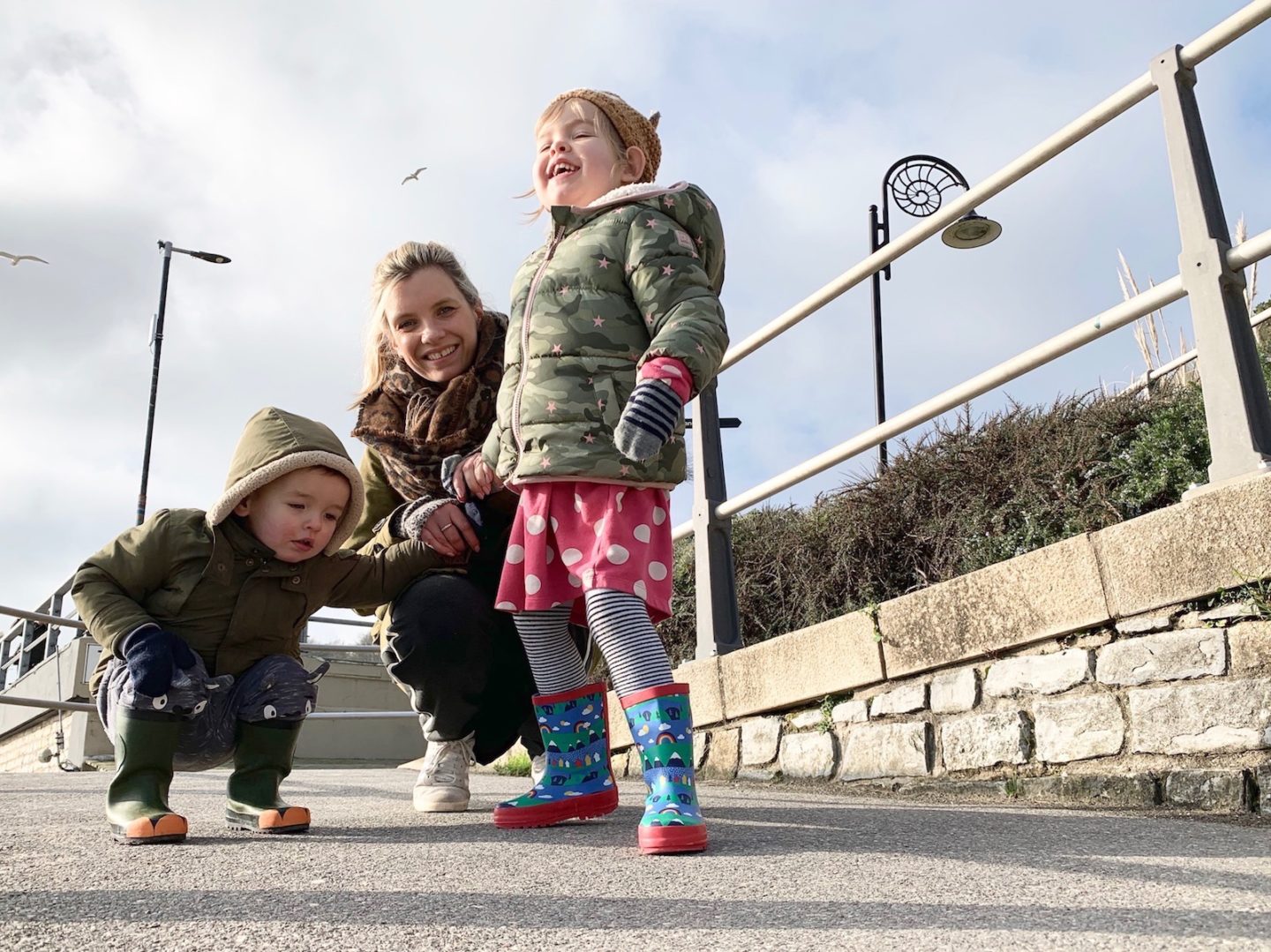 And I don’t like the idea of being without babies. Being a “person with babies”, or “a person with very small children” has been something of a comfort blanket for the past few years. It’s allowed me an excuse for always being completely exhausted, for never going out, for cancelling things and limiting my travel and taking long afternoon naps. What’s my excuse now? I’m still knackered (perhaps more so), I still shudder at the idea of going out out and spending time away from home becomes less appealing as the months pass, not more. 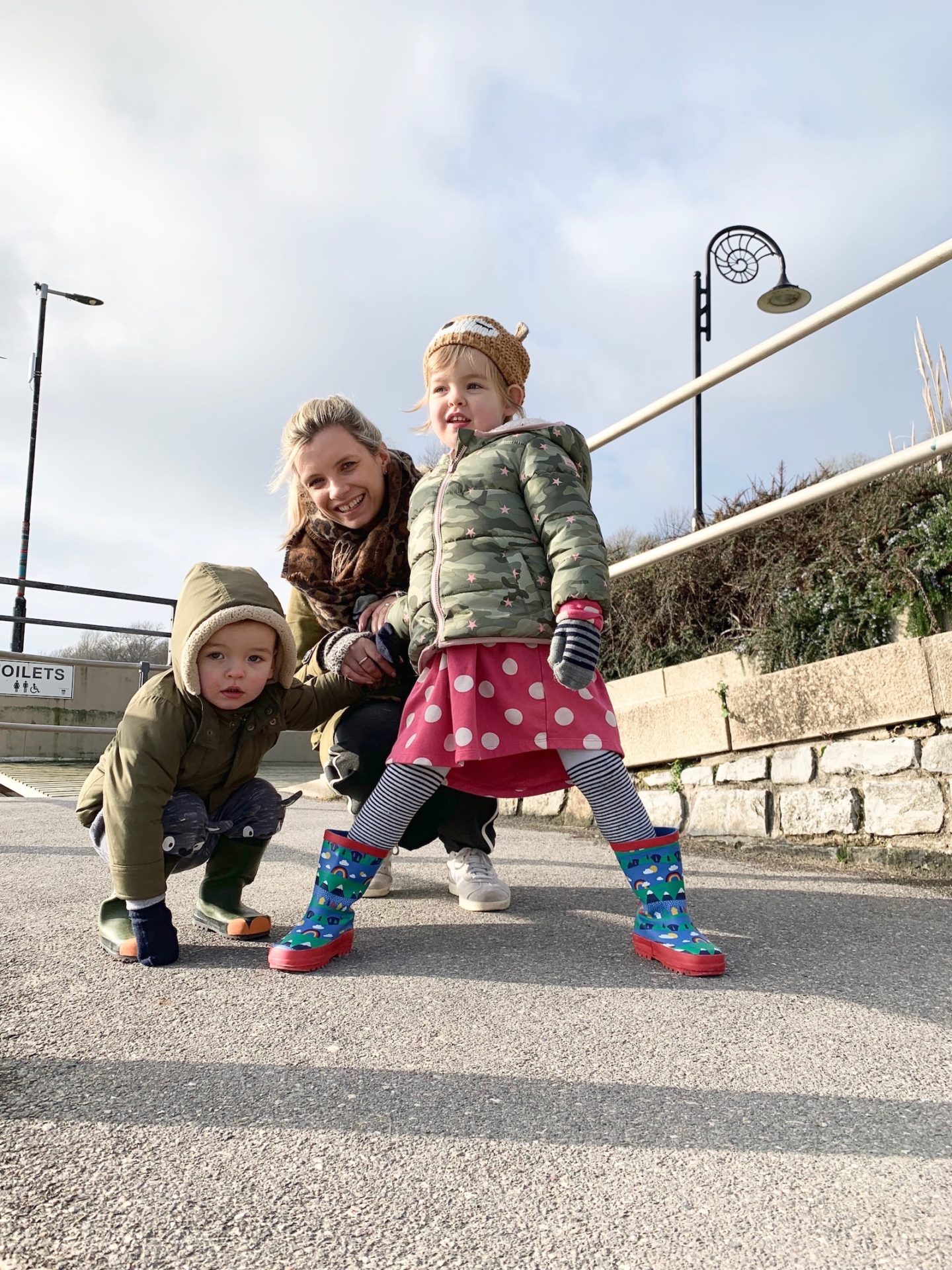 It’s a funny old thing, watching kids grow – a privilege, a joy, a source of great amusement and a definite constant reminder of good fortune. (I mean, two kids when you thought you’d have none; what could be a luckier win?) But at the same time there’s a sadness when each stage passes, there’s a sort of low-key panic when a familiar little quirk or habit suddenly ceases to exist and is lost forever in a jumble of confused memories and discoloured bottle teats. When you realise that they won’t ever cling to you like a monkey again when you climb the stairs, when it dawns on you one morning that someday you won’t need to pour their cereal or butter their toast. Nobody really wants an eternal (highly-dependent) infant but at the same time, it’s nice to be needed. To be put on that pedestal that makes you provider, protector and educator – a kind of demigod.

I’m convinced now that parenthood is mainly just enduring the constant swing from one emotional extreme to the other, multiple times a day, and then wondering whether everyone else is experiencing the same thing. In the space of five minutes I can feel pure, unadulterated elation, wondering how life could possibly get any better and thanking the stars for my good fortune and the next I can be completely flying off the handle, dealing with two consecutive screaming breakdowns, thinking about how the time I had my wisdom tooth sawn in half, filed down to the root and then sewn back under my gum flap was actually less painful than dealing with a particularly difficult bedtime session. 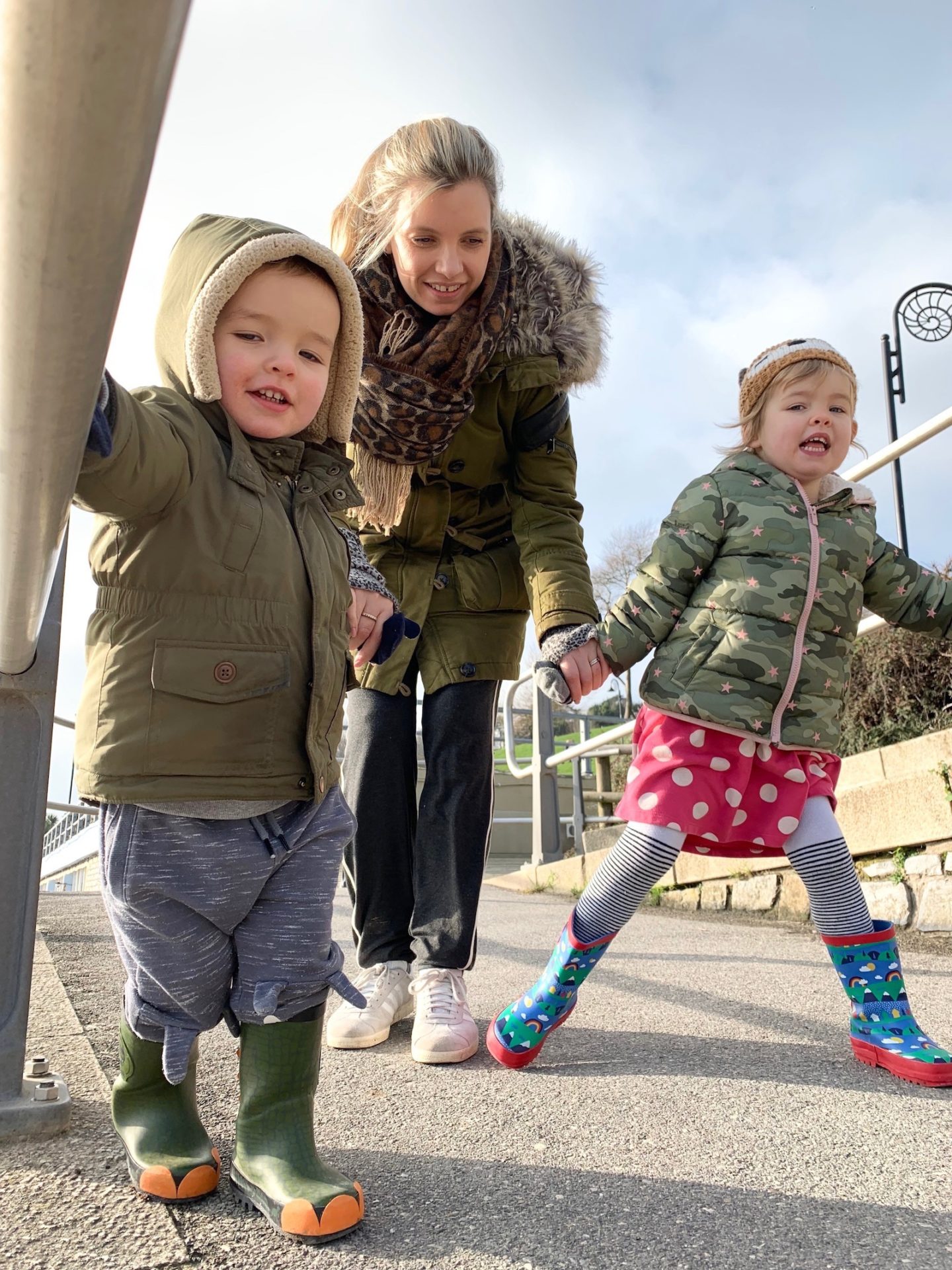 Babies are hard enough, but add in the calculated whining and moaning of a three year old on a mission to win the Battle Of Wills and you find yourself hiding in the airing cupboard silently banging your forehead on the side of the water tank. Clonk. Clonk. Give me strength.

Mind you, with the whining comes comedy of such unintentional brilliance it should be regularly documented for posterity. Angelica has become obsessed with Fairytale Role-Play. Mostly Cindarella – she is, of course, Cinders, even though I try to be very modern and encourage her to be the Handsome Prince (“but his looks don’t matter! Let’s call him the Funny and Kind Prince!”) or the Evil Step-Mother (“maybe she’s just really tired and sick of doing all the cleaning herself, let’s give her a break”). So I spend a lot of time riding around on a hobby horse, trying imaginary glass slippers on imaginary suitors (male and female) whilst Angelica sits on the sofa shouting “me! Me, me Handsome Prince! Over here, my foot will fit the slipper!” 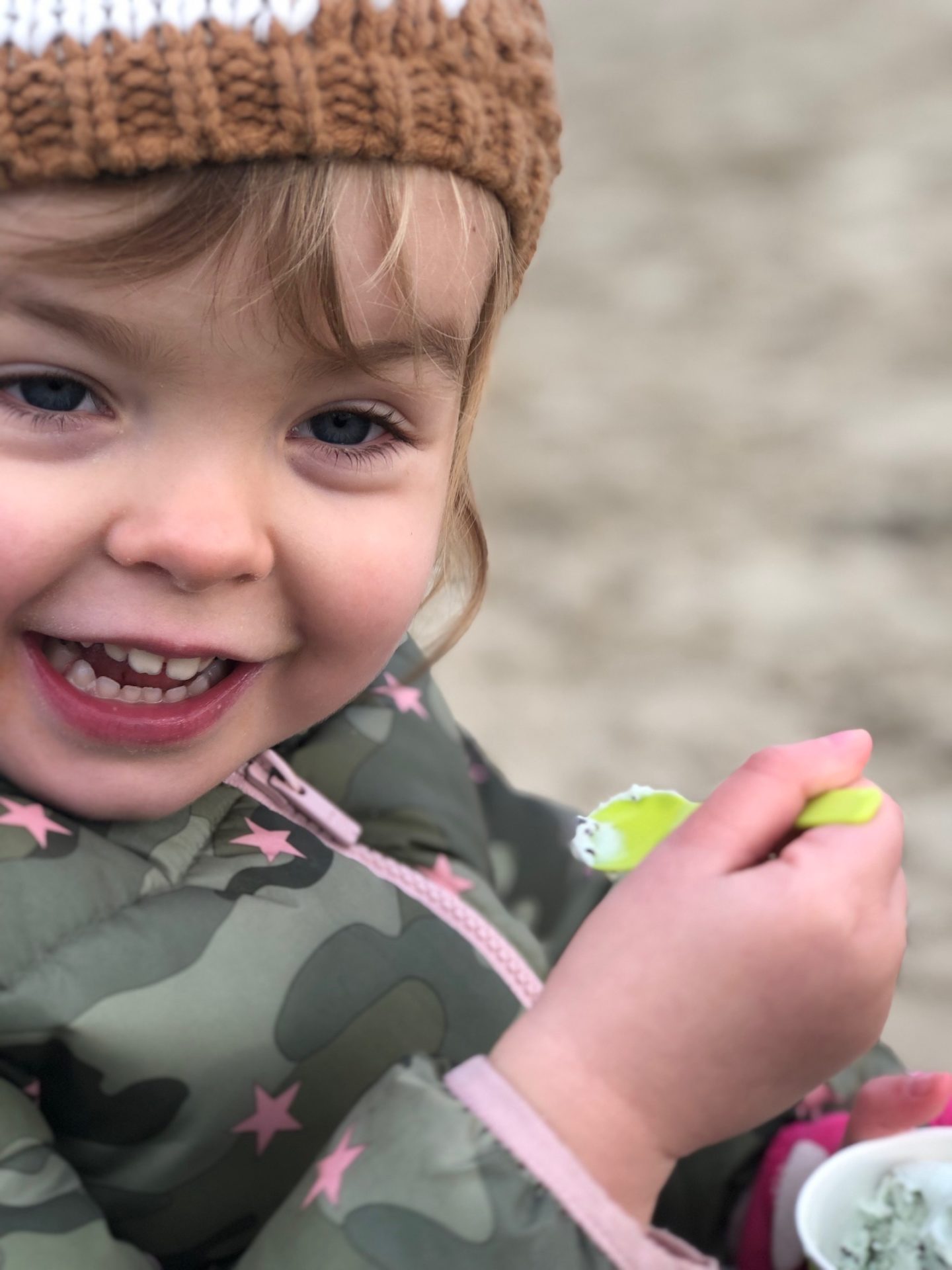 I put in lots of time doing role-play and lots of time being a sort of toilet companion, sitting bowl-side and encouraging bowel movements to come forth whilst Angelica gives me a running commentary and progress report.

Mr AMR and I have, with a sort of silent agreement, slipped into alternating the morning duties. So one day I’ll get up with Ted, who wakes up about seventy billion hours before sunrise, and the next morning Mr AMR will. Now I hate this arrangement, because getting up on your own, in the dark, when you haven’t had enough sleep, is really, really depressing. I don’t even like it in the summer. The thing I hate most about it is that it makes me resentful. Yes, I could spin things around and marvel at how I get to spend an extra couple of hours with my cherubs, alone, but at the same time, getting to spend an extra couple of hours in the bed – alone – sounds pretty good. No responsibility, no noise, those extra hours are the best quality of sleep you can ever have. If you could bottle the feeling that is “someone else having full resposnibility for your children whilst you half-listen in a snoozy, in-and-out-of-sleep sort of way” then you’d be a billionnaire. Because knowing that they are safe, that they are happy, but that someone else is temporarily doing everything…is golden. Bloody hell. 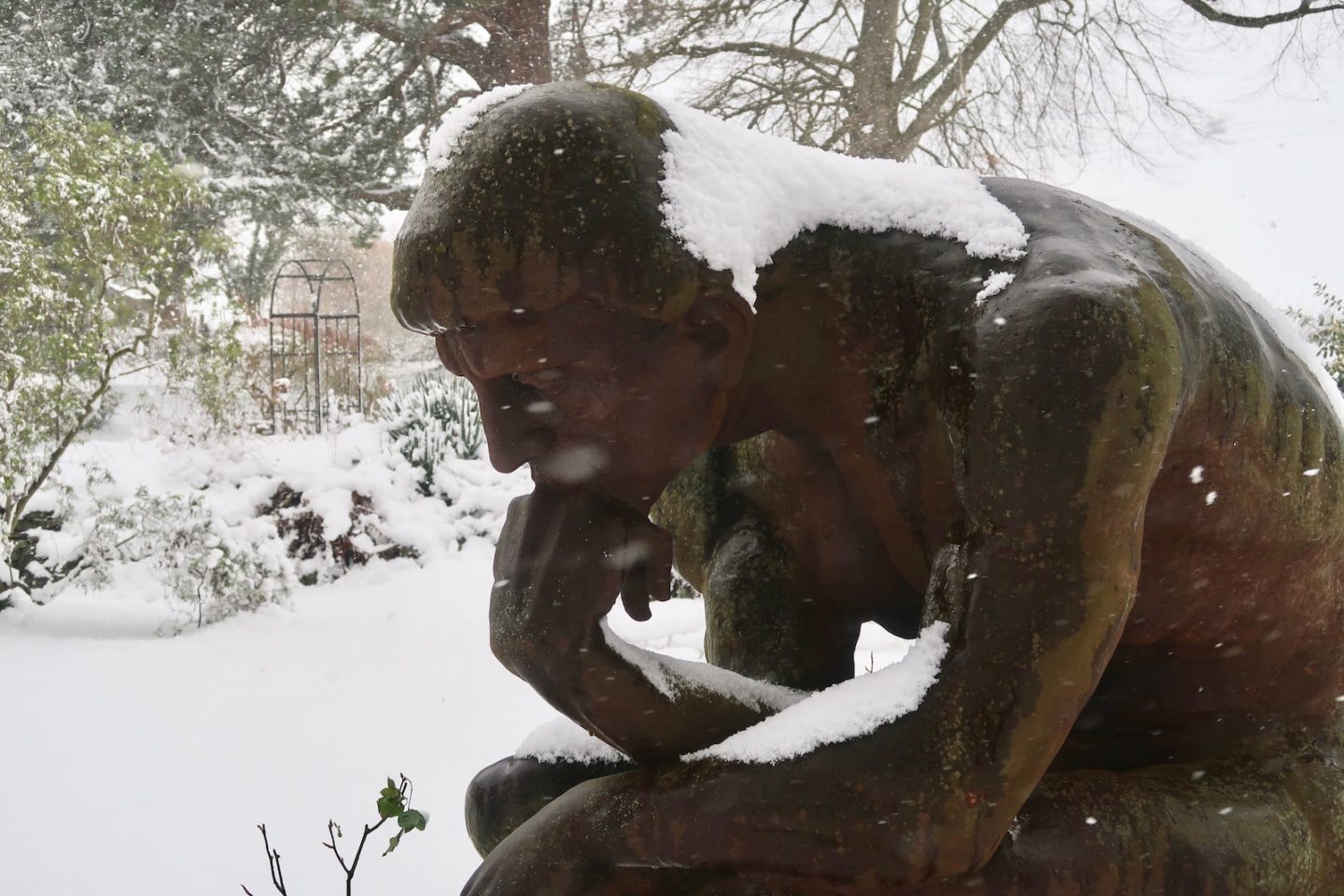 I taunted the Big Freeze and then it came; we’ve been more or less snowed in since Friday morning, with a particularly cold night icing things over and sealing the deal. Mr AMR has managed to get out – nothing can thwart Friday Fish n Chips – but there’s no way I’m skidding up the hill just to fetch a pail of water. Apparently my car is four wheel drive (who knew?!) but I’m still not setting out on the road to disaster; we have frozen croissants and Mint Magnums, what else do you need for crying out loud?

Right, off to try and make Ted a dinosaur cake for his birthday. If the results are particularly bad then I’ll show you a picture for your amusement. I’m going to fashion the legs and neck from chopped up chocolate mini rolls and make the head out of a cupcake – what could possibly go wrong?

Read all of my life updates here – I’ve written one every month since July 2015.