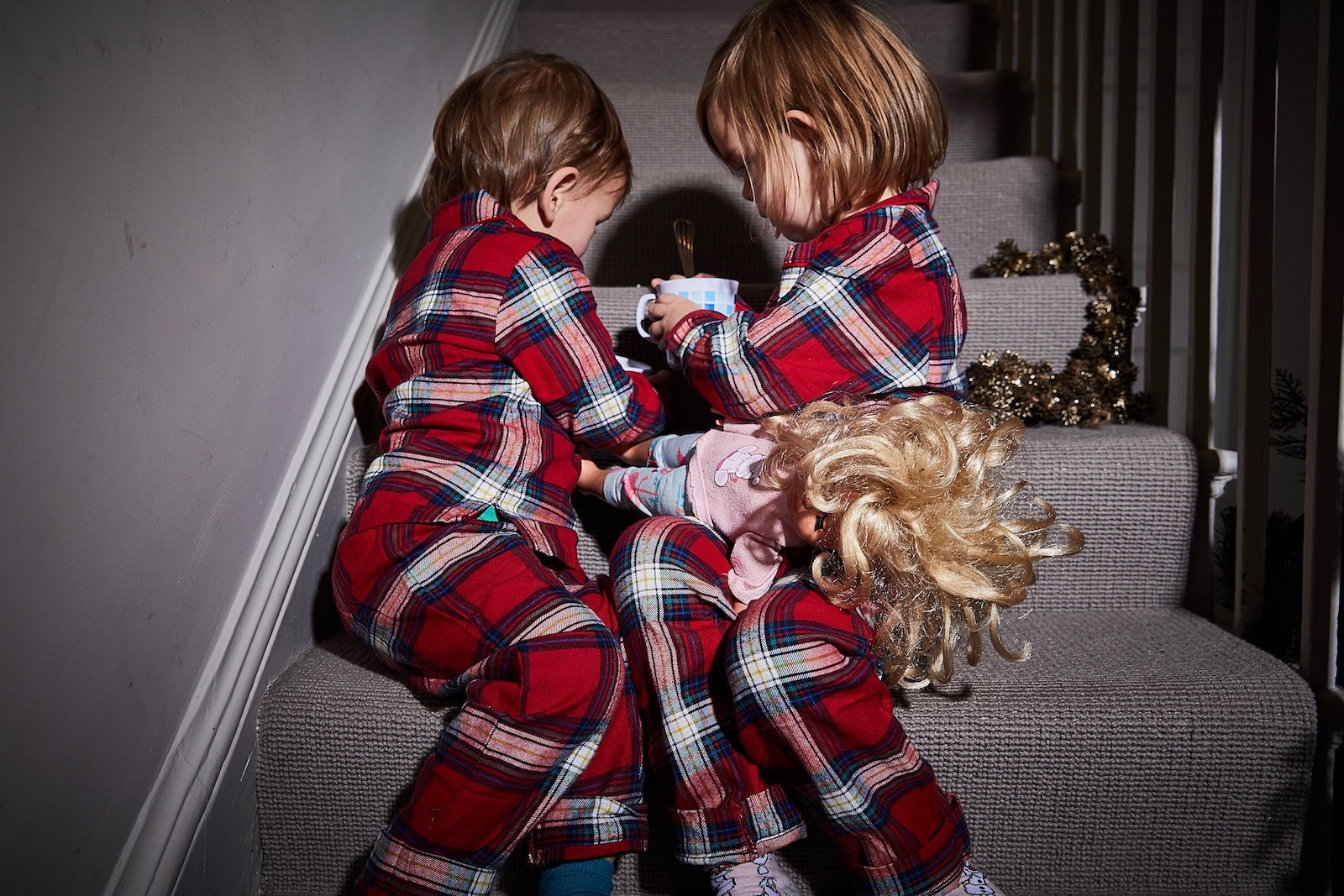 It’s life update time again, and rather than bore you with all of the tantrums and CIA-level negotiation we’ve been having to do around here, with our three and a four year old, I thought we could talk about bedtime routines and (more specifically) some of the crazy things I’ve done to get the kids to bed over the years.

Because the other day I suddenly realised that I’d almost forgotten the first little baby bedtime routines. The ones that we started right in the beginning. Those halcyon days when you could just plonk them in the cot and they couldn’t get out. Bliss! Now the routines are more like challenges on Crystal Maze; “can YOU get your three year old boy into his racing car bed without cracking a dent into one of your shins and saying F*CK F*CK B*GGER at the top of your voice whilst managing to give him a drink of fresh water and not allow it to spill which would mean changing his duvet? Work it out, release the crystal and I’ll stand here outside the bedroom door tootling away on my flute.”

I’m not saying that the baby days were easier – the crackling of the baby monitor, half an hour after you thought they were asleep! The feeling of utter weariness at having your three hour window of “me time” interrupted again! – it’s just that bedtimes now are so much more demanding. I’m like a court jester crossed with a minimum security prison officer. I love it and treasure the moments, because I know that in the blink of an eye they’ll be teens and I’ll be barred from even entering their rooms, but my God is bedtime intense!

I’ve nearly always done my daughter’s bedtime, mainly because my son, who is eighteen months younger, never used to go to sleep until he had breastfed from me for hours on end, and so when he was about ten months old Mr AMR started to give him a bottle to make things easier. We then inevitably ended up splitting off into our separate teams in the evening – one child each, and each of us with our own little bedtime quirks and (probably inadvisable) habits.

We’re very lucky in that – mostly – both of us are around for bedtime and so we’ve kept up this “girls’ team / boys’ team” sort of split. Trying to put two young children to bed on your own is chaotic and soul-destroying in equal measures, like herding cats, and I absolutely doff my cap to anyone who does it on a regular basis. Or all the time.

But let’s rewind back to the first proper bedtime era that’s still reasonably fresh in my memory: we can call it the Robot Head Cinema Era. I had bought the kids an Early Learning Centre plastic robot that was large enough to house a moon buggy (toy, not real one) and spacemen figurines. I worked out that if I opened up the doors on its head, the resulting space was exactly the right width for gripping my iPhone horizontally.

And so I used to fire up iPlayer, select a trippy programme called In The Night Garden (if you don’t know what this is then I recommend a viewing for research purposes, but only if you’re not taking mind-altering drugs. It would be enough to send you permanently bonkers) and we would watch baby TV from inside a plastic robot’s cranium.

Total madness, really. I would sit there hunched over, watching along with her (I have no idea why we did this on the world’s smallest screen when we had a huge telly directly beneath us, and a comfy sofa, and a roaring fire, etc etc) and I would feel my neck begin to slowly fuse to my shoulders and my lower back go into spasm, but I was always too tired to shift position.

Then there was the “rap song nursery rhyme” phase. I have no idea why I started this, and it’s the sort of thing that really you should take to your grave, not write about to hundreds of thousands of people, but anyway: I used to do this very bad “beat box” thing and then rap out a version of Little Miss Muffet.

Don’t even ask me to do a rendition, it is never happening and so it’s pointless going there. (I can tell you though that after the “whey” I did do a very funky “hey, hey-hey-hey!” I also did a vague form of twerking when the spider “sat down beside her”.)

The rap rhymes started off a new phase, what is now known as “doing the lullaby”, and we’re still going strong a couple of years down the line. Ah, that’s sweet! you might think, especially as my daughter is going to be five in the summer. But no. It’s not sweet. It’s a magnificent feat of poetic improvisation, that’s what it is. Because not only do I have to make up a new song ON THE SPOT every night, the song also has to rhyme and it also has to be relevant to the chapter of the book we’ve just read.

So, for example, we did a great lullaby about George’s Marvellous Medicine and the horrid grandma, although admittedly I did completely crib the tune (and some of the words) from the CBeebies Christmas panto. (Sniff-Sniff, Delicious Children!) 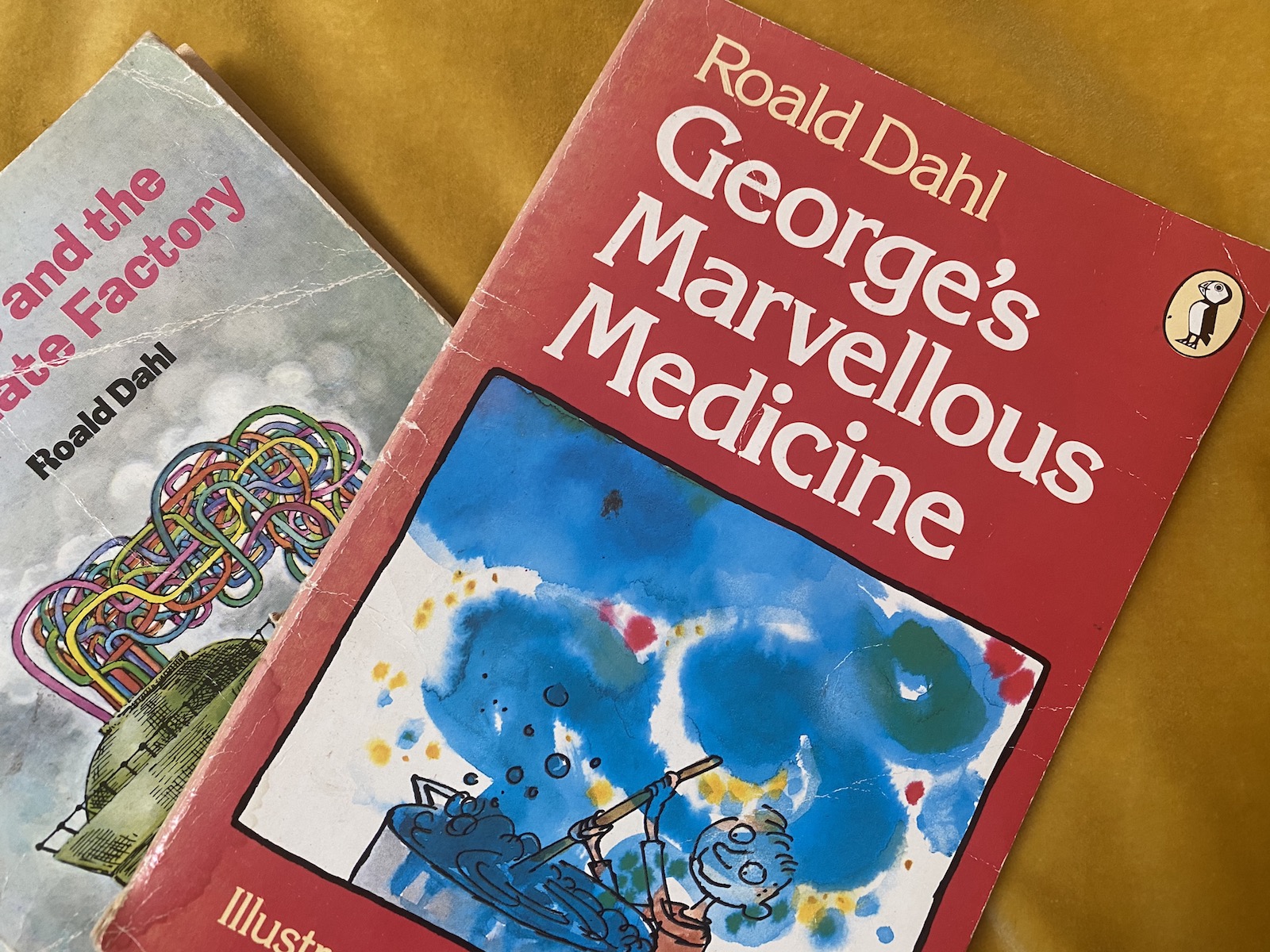 I sang about Grandma’s puckered mouth looking like a dog’s bottom and her face being as hairy as a mole, except that I had to make “bottom” rhyme with “mole” so ended up saying “bottomhole”, which isn’t ideal.

But it’s actually a very good brain workout, making up rhyming songs with no notice. Firstly you have to think of a tune (usually I nick one from an advert or popular song du jour) and then you have to – completely on the hoof mind! – come up with some lyrics. 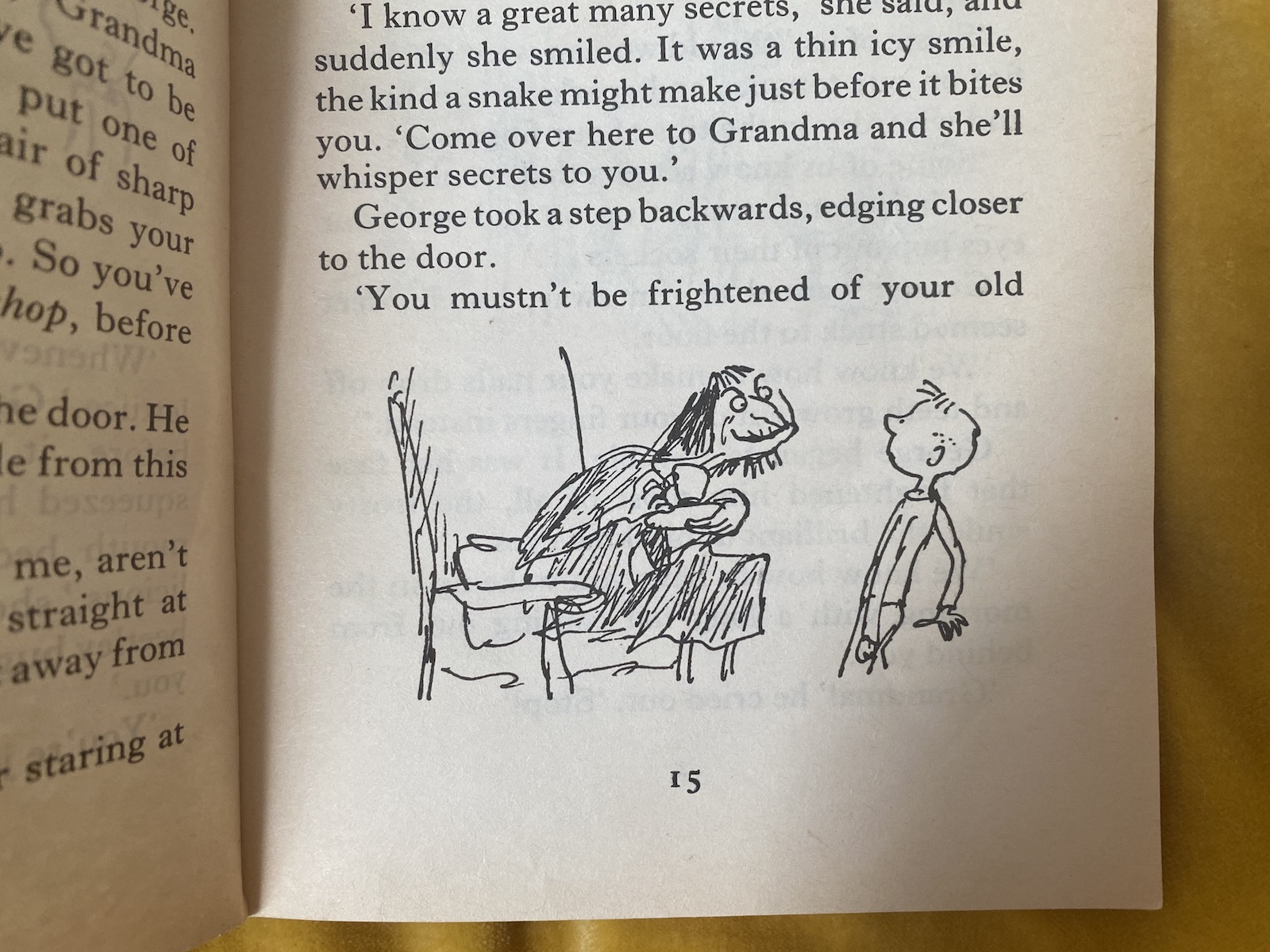 And it’s not like Baby 1 is a particularly easy customer – she frowns at anything resembling a half-rhyme and definitely picks up on nonsense words that I’ve just thrown in because I’ve gone into panic mode.

George stirred his pot all day and night

Grandma was really in for a fright!

He stirred it with his wooden spoon

And even put in some of the moon…

“Mummy what? How did he put in some of the moon? Are you sure he did that?”

Anyway, it’s fun and I wanted to write it down because one day she won’t want the lullaby, she’ll say “ugh, you’re so embarrassing, get OUT OF MY ROOM!” and my heart hurts to think of that so I want proof that it happened.

Mind you, some nights I am totally not up for composing what amounts to an eighth of a low-budget West End musical on the spot. Especially if the chapter we’ve read, the chapter that must (it’s the rules) provide the inspiration and bulk of the content, doesn’t quite lend itself to a lullaby.

Last night I read the bit in Charlie and the Chocolate Factory where Grandpa Jo uses his last pennies to buy a chocolate bar for Charlie, in the vain hope that there might be a golden ticket inside. It’s called Chapter 10: The Family Begins To Starve.

“Do a lullaby about the chapter, Mummy!”

“Why don’t we do yesterday’s chapter, about Charlie’s walk to school and the smell of the chocolate? Sniff-Sniff, Delicious Chocolate?”

“No, it has to be about the old people in the bed and the cabbage soup and the snow. And don’t sing it in the Oompa Loompa tune again!”

Last night’s lullaby tested my artistic talents to the max, I can tell you. I’m the flipping lullaby master. I know you’re desperate to hear some of these lullabies, but again: not going to happen. Satisfy yourselves with the knowledge that I sang about cabbage soup to the tune of a Les Mis hit and managed to rhyme “cabbage” with “baggage”. That has to be enough.

The current nighttime routine doesn’t end with the lullaby however; I then go into Baby 2’s room, negotiate his floor, which should be called “The Torture Garden” because you can’t go two steps without spearing your foot on the upright plastic ladder of a toy fire engine, or the spines of a toy Stegosaurus, and I have to sing him a lullaby.

He only likes two tunes: the first is Soldier Soldier (won’t you marry me with your musket fife and drum? Oh no sweet maid I cannot marry you for I have no [insert item of clothing] to put on)

and the second is Five Little Ducks (went swimming one day, over the hills and far away. Mummy duck said “quack quack quack” but only four little ducks came swimming back).

With both songs, I have to think of more and more outlandish versions to keep him satisfied. In terms of the soldier’s clothing, we have moved on from actual items (pants, socks, a gaberdine) to abstract ideas (sadness, time, reluctance); last night the solider had “no happiness to put on” and had to get himself a “loud thunder” from the grandfather’s chest.

In the “five ducks” song, the ducks have become dinosaurs. Which would be find, except that they don’t quack, which totally bollocks up my rhyming pattern. I can’t work like this. The pressure is too immense. Especially now that “five little dinosaurs” have become “five big stegosauruses” and they stomp instead of swim, roar instead of quack. I should be paid for this level of superhuman lullaby effort.

Anyway, I’m sure this is boring you to absolute tears, so I leave you with the comforting fact that the bedtime routine, including fetching dolly from two floors down, then coming back up and going back down to fetch Calpol, then coming back up and going back down to find Batman, Bumblebee transformer and Heat Wave transformer, then going to the bathroom to collect fresh water – cold tap run for forty-five seconds to ensure suitably icy temperature – and then supervising various toilet trips and so on, consumes approximately 2,300kcal, which means that the many chocolate-based “evening snacks” I subsequently devour are completely A-OK and justified.

What’s your bedtime routine? Kids, no kids, dogs, no dogs; I need to know any weird, over-indulging stuff you do. If it involves a robot’s head, all the better.