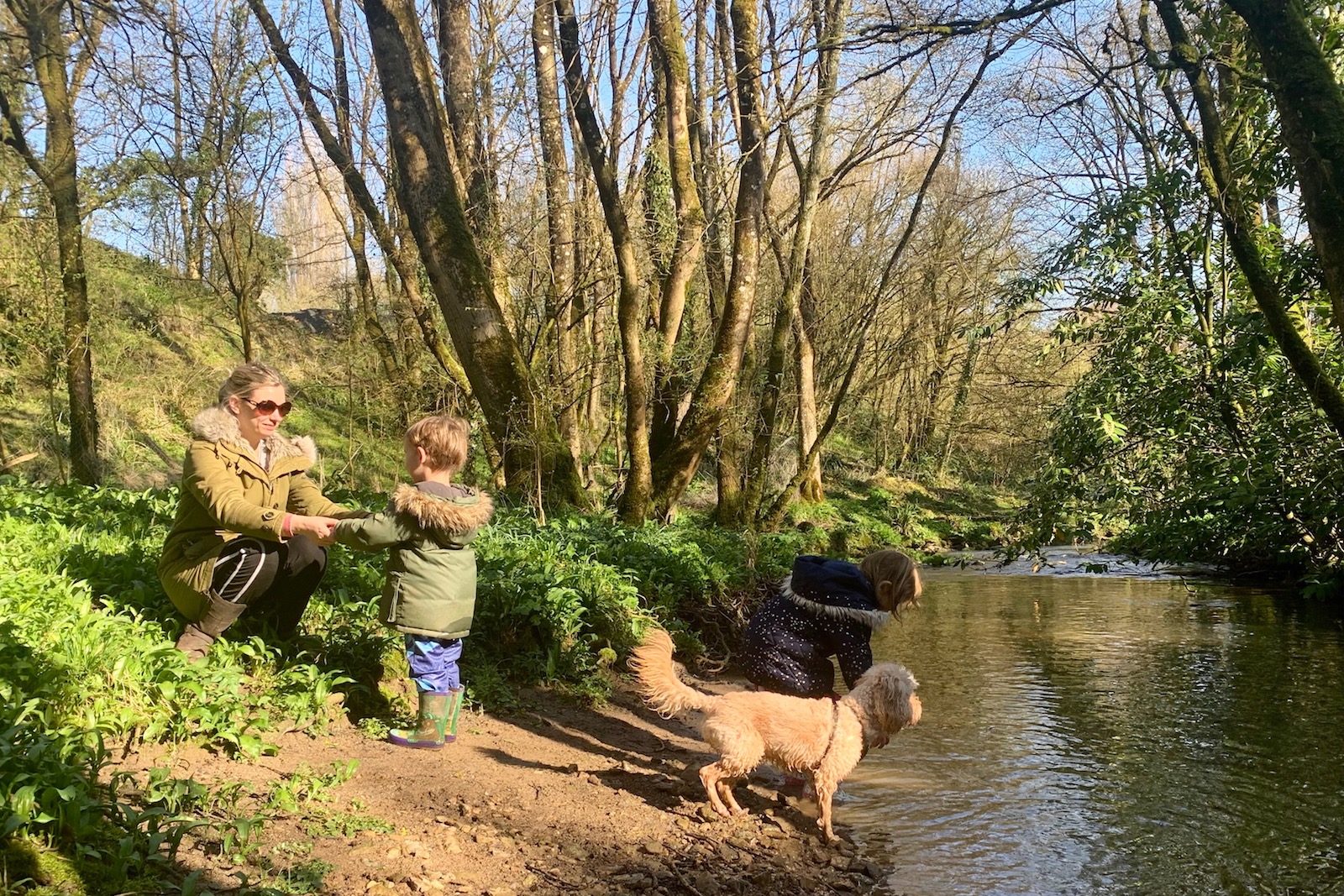 Life update? Oh, nothing much to update you on here. I wasn’t even going to bother with a life update this month, seeing as though things have been so uneventful and dull…

Sorry, was off in dreamland again. Trying to find some escape from the world crisis and the emotional pressure cooker that is my own home. Jeez Louise, what a shitty month!

It seems slightly petty to follow the usual trajectory of my life updates, which tend to start with something ridiculous and then move onto all of the things about parenthood that seem to constantly take me by surprise. I could tell you about how my youngest (three years and two months old) has started to say his little sentences with comically clear and crisp pronunciation – “Mummy, no T-reeees in the Ocean?” – and I could bang on for hours about Miss Clever-Clogs (five in June) and the way she’s suddenly got the hang of reading. The b-u-g was under the r-u-g.

But I have an overwhelming sense of feeling a little bit removed from reality at the moment. As a family we’re stuck in our own little bubble, here, more than ever before (I mean the combination of having young kids and moving out to the sticks is always going to isolate you whether you like it or not!) and it’s difficult to know what to write about. Are we all experiencing the same lockdown, wherever we are in the country or the world, or are we each having entirely different times?

Here’s what I’ve been up to for the last three-ish weeks (we’re on day 19 of our family self-isolation now): I’ve been a teacher, a mediator and a comforter, I’ve played shopkeeper, I’ve played cinema owner, I’ve invented eight different trampolining competitions and created numerous obstacle courses around the garden. I’ve watched Mulan, Toy Story 4 and Lady and the Tramp (Disney+, what a lifesaver!) and I’ve sat through hours of CBeebies. I’ve made a dragon out of a toilet roll holder, I’ve planted apple pips that will likely never grow, I’ve been inventive with food ingredients and then had to give the rejected meals to the chickens and I’ve had to give myself an emergency crash course in “having patience”.

Because it’s all just wearing a little bit thin, isn’t it? Being in such close proximity to others, even though they are (hopefully) the people you love the most. If you have small beings around then I won’t need to tell you that the work involved is constant and relentless; although I have to say I’m starting to get into the swing of it a little bit now. I just have to accept that I can’t really get much work done – even if I have the pocket of time freed up to work, I don’t have the all-important transitional period that you need to switch from mum-mode to work-mode.

So I’ll keep this update relatively brief – I’m not sure I have anything particularly novel to add, other than that I almost set fire to my foot with one of those electric pedicure things. You know the ones with the sandpaper that spins round? I was a bit over-zealous with it and now I have a slight dent in the ball of my foot and the bathroom smells of burning flesh.

Oh, it is grim this Covid situation, but I’m trying to retain a sense of humour. So many lives lost, so many jobs lost, so many lives changed forever – and nobody was expecting it at all. I think that’s the biggest shock. And I feel so all at sea with it, as though my little family unit is just bobbing along in this massive ocean where there’s no land in sight and no way of really knowing what’s going on…does everyone feel this way?

It’s hard to know whether any of the people in charge are doing the right thing, or doing certain things for political gain, or making colossal mistakes – I’d rather like for there to be a huge loud voice in the sky that would suddenly boom out, as though over a giant tannoy, and say

“hello world! This is your captain speaking!”

Wouldn’t that be amazing?

“Hello, Ladies and Gentleman. This is your captain speaking. My apologies for that rather bumpy takeoff – you’ll have noticed that I didn’t make any announcements; the crew and I had your safety as our primary concern and so we decided to concentrate on the control panel rather than lose all of your fucking lives in one colossal go! Anyway, we’re now cruising along at a steady RO of 0.9, having flattened the curve, and so long as you all stay with your proverbial seatbelts on then I have every confidence that we’ll have a successful landing in a new, very changed but very pleasant land.”

I just want someone to be in charge. I’d even turn religious if it meant that some Godlike figure would take control and pop his/her head out of the clouds to make wise decisions!

I must go. I’ve done my knee in on the trampoline and it’s the same side as the foot fire incident, so I’m off for a soak. May you and all of your loved ones be safe and healthy – if you feel the need to see my reassuring face (ha!) on a regular basis then you can find me most often on Instagram @modelrecommends.