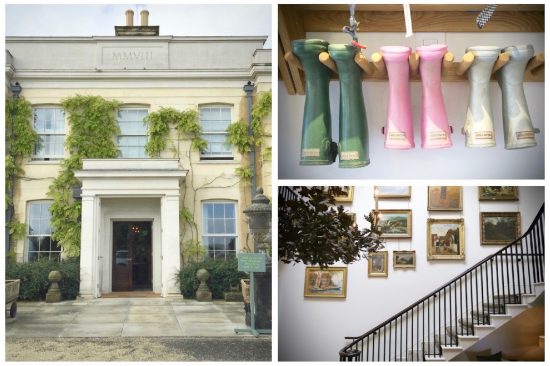 Never before had I been in such dire need of a break. Avid readers will have heard me bang on about my desperation to go on holiday many times, this year, but somehow – what with work commitments and baby stuff and Mr AMR never being free at the right moment – time for a holiday has failed to miraculously materialise.

(I’m learning, though, that the right time for a holiday will never miraculously materialise: you have to book it, pay for it and stick to it. Which is precisely what I’m going to do next year!)

Anyway, last week my planets must have suddenly aligned because two very fortuitous things happened: firstly, my sister-in-law reminded me that she had offered to baby-and-dog-sit for two nights and asked if we would be taking her up on her offer any time soon, and secondly, the very kind people at Pai Skincare said they could help to arrange a stay at the amazing Lime Wood Hotel* in the New Forest. 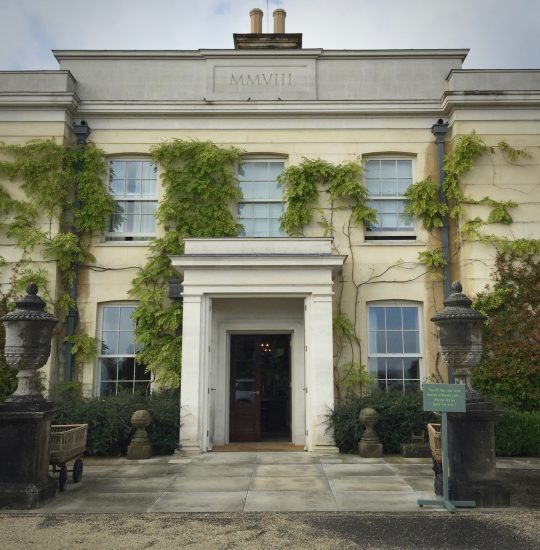 Now – in all truthfulness – I would have been happy sitting very quietly in a hole in the woods, completely on my own, with perhaps a book and a knapsack filled with bags of Haribo and sandwiches from the local 24 hour garage, but a break at the sort of luxury hotel that has award-winning food, a state-of-the-art spa and rooms you never want to leave sounded much better. I even decided to let Mr AMR come along with me.

When you’re finished with my words, I would highly recommend having a little whizz about the Lime Wood Hotel website to get a good look at all of the pictures, because I’m afraid I was having such a good time I didn’t remember to take my big camera out – though I did do some video (coming up) – and, at any rate, their photos are so much better than mine. I’m tempted just to nick them and use them here instead of my own sorry efforts, but I think better to click on over and appreciate them in their rightful home. Also, if you’re on Google, do take a look at the Lime Wood reviews because they are almost unanimously brilliant and that’s a difficult thing for a hotel to achieve… 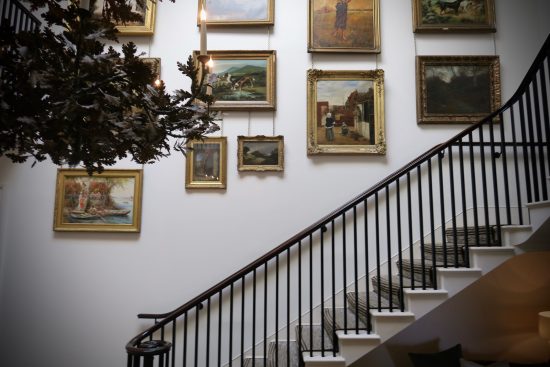 …though not at all surprising – it’s clear you’ve landed somewhere special from the moment you set foot through the front door. It’s like the posh country house of the long-lost, very eccentric and very rich relative you wish you had. Some sort of Uncle Cuthbert or similar – one that might die and leave you five million pounds. Except that never happens in real life, does it? I’d scoured my family tree for possibly wealthy, old, childless relatives before I was even out of my teens, such was my keenness to be left lots of money and not have to do GCSE advanced maths. 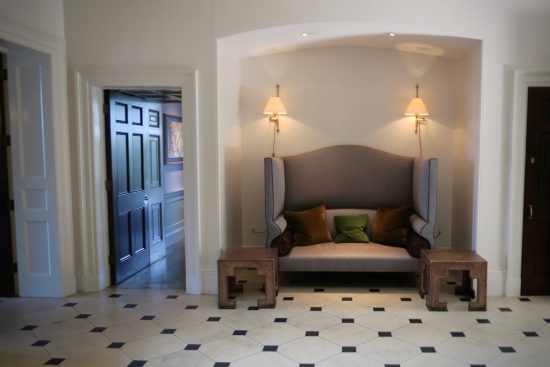 Anyway, we’re not talking Country House in a stuffy, “don’t touch the suit of armour, Bertie!” way, and we’re equally not talking Country House in the shabby-chic sort of way that you might see at The Pig, which is Lime Wood’s sister hotel. No. This is Country House with zero shabbiness and absolute maximum style. If there was a spider lurking in the corner then it would probably be kitted out in Belstaff boots. If – highly unlikely – a mouse made it into one of the rooms, then it would no doubt be lounging around the skirting boards wearing something by Stella McCartney. A miniature jumpsuit, perhaps.

The point I’m trying to get across (in the oddest way, because the chances of seeing a spider or mouse at Lime Wood are virtually zero – it’s the neatest, cleanest non-city hotel I think I’ve ever seen) is that everything – and I mean everything – is stylish and well thought-out. 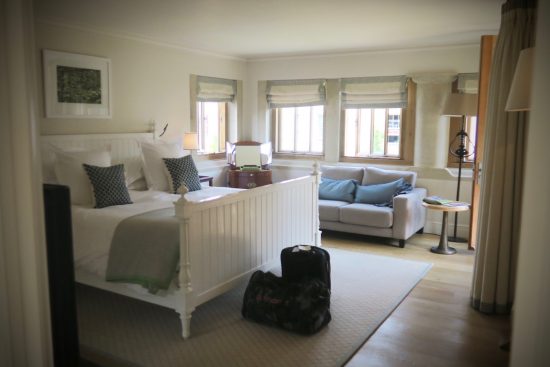 There are 12 suites and 17 bedrooms at Lime Wood; we were in one called Coach House 1, which I’m assuming was a suite, though I forgot to clarify with the lovely receptionist. I’m pretty sure that it was a cheeky little upgrade, because on my bill and reservation it was a “Spacious Room”, but from the website description and various customer reviews, it seems that our two-floored two-terraced space was a cut above. Not complaining. Not at all. Our “room” was like a Tuscan turret and the little outdoor space that cut into the bedroom was just the most brilliant touch, especially as it was broiling hot with glaring sunshine when we arrived. (Rained the rest of the time, but that was a good excuse to take lots of naps and read the entire paper, including supplements, cover to cover.) 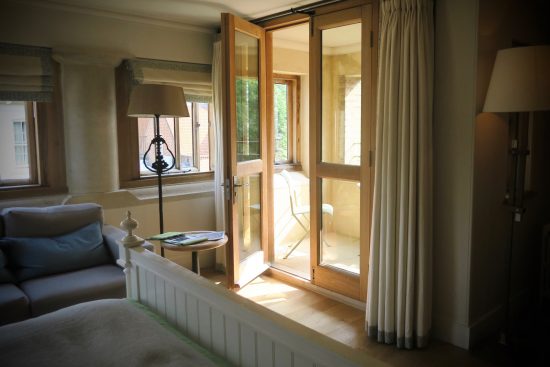 I’m a total stickler for any sort of noise whatsoever, and so the Coach House, which was separate from the main house, was ideal for me. It was – almost – like being in a sensory deprivation experiment, apart from the fact that Mr AMR kept insisting on opening the blinds to “let the light in”. Killjoy. From most of the back windows there was a view of the New Forest up close and personal – in fact one of Lime Wood’s absolute star points, for me, was that it was directly-smack-bang in the forest. How many hotels can you truly step out from and be in proper countryside? Without having to cross the car park or a small road or what have you? Lime Wood has its own secret ramblers’ gate that leads straight onto the sort of woody, damp-smelling trail that has you wishing you’d packed a picnic and a raincoat and perhaps a small bivouac shelter so that you could truly go adventuring… 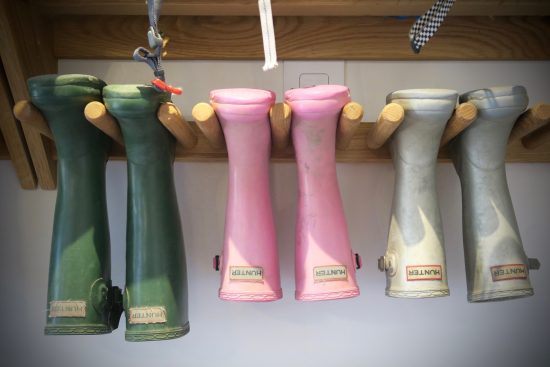 I’m pretty certain that a picnic would be possible – everything else at LWH (is it too familiar of me to abbreviate?) seems to be. Oh, and the food – really delightful. A four course Italian feast had us grinning from ear to ear but far from overstuffed, which is exactly how we like to be. The restaurant  – Hartnett, Holder & Co – was completely booked up for both nights of our stay, with just a little table squeezed in at 6.30pm for us, so it’s clearly extremely popular. Rightly so. My starter of pickled things (can you tell I forgot my notebook) with Mackerel was so moreish I ordered it for lunch the next day – my pasta was perfectly done, the duck I ordered was rich but not stomach-bloatingly so. All of it great. The following day we ordered from the more relaxed menu in the Courtyard Bar and everything was fabulous again – Mr AMR’s burger (he’s notoriously judgemental about them) was devoured in thirty seconds flat, and I had a selection of the salads, including Pear & Pecorino and Feta, Watermelon and Tomato, both of which were fresh and lovely. 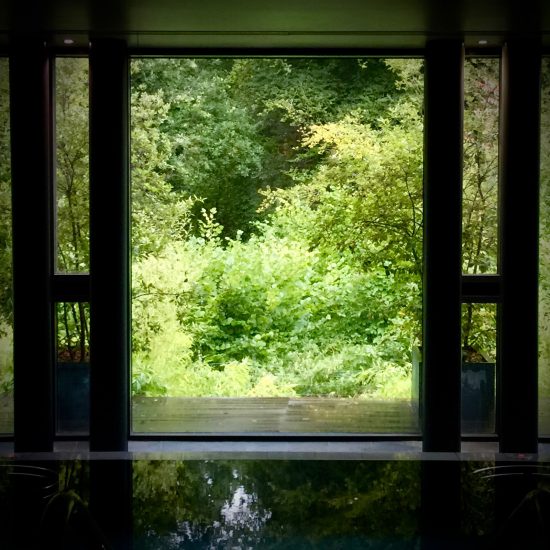 I’m going to dip into some more detail on the Herb House Spa when I write about my Pai Skincare facial (bear with me, it could be next week depending on how quickly I get my act together), but suffice to say that it’s a destination in itself. As someone who is quite frequently bored of spas within approximately eight minutes, I was surprised to find that I let this one take up the best part of a day. The indoor hydrotherapy pool and sauna both had whole glazed walls directly facing the forest (see above – the trees are mere metres away) and there was a huge roof terrace wild with herbs and plants. An outdoor pool, an indoor pool, lovely treatment rooms… The changing areas had private claw-footed bathrooms as well as huge walk-in showers! 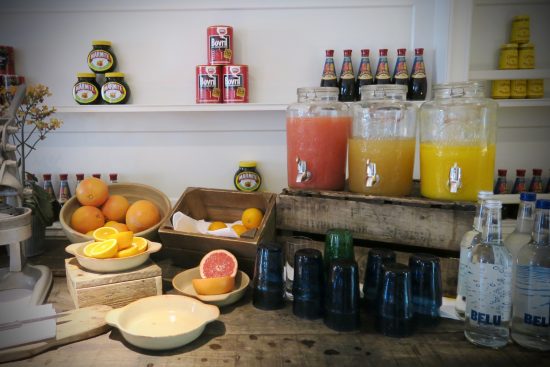 Impeccable attention to detail. I’d go again at the drop of a hat. Advice, for people who – like me – have FOMO (fear of missing out! It’s a new phrase I’ve picked up from being down with the kids) when it comes to breakfast: the room service breakfast is EVERY BIT as good as the one that’s served in the scullery. Usually, I make Mr AMR trail me down to a proper hotel breakfast because I think they’ll have loads more options and the food will be fresher, but we had room service on the first day and it was all hot, fresh and well-presented. I just wish I’d ticked every option on the form (do it) and remembered to ask for toast.

You can book Lime Wood through their website or, if you like to get little free things, Mr & Mrs Smith. (Sign up for the Blacksmith card, here, which has no fee, and you get perks at every hotel you book through them – at Lime Wood it is, at time of writing, a bottle of champagne. Not to be sniffed at!) Rooms start at £275.

*with utmost thanks to Pai Skincare and Lime Wood Hotel for arranging this break. The first night was free, along with my treatments (see upcoming post); from thereon I paid full rate.