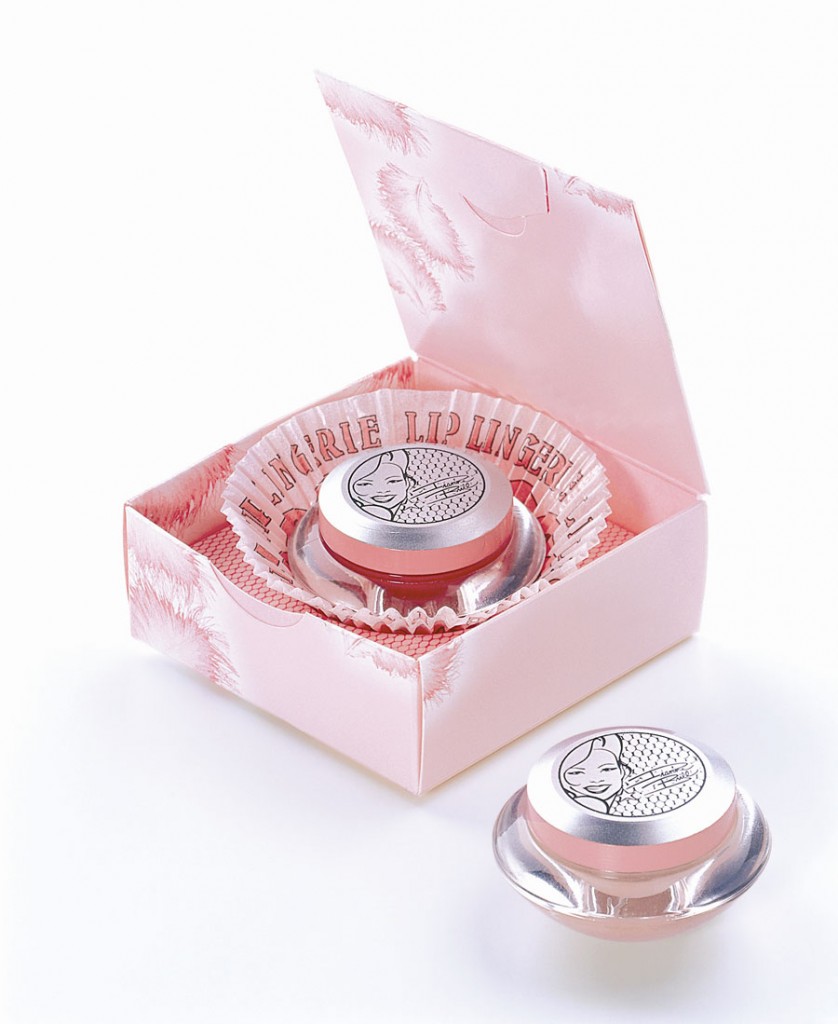 I have to apologise for the fact that my head isn’t properly screwed on at the moment. I keep forgetting things – I think that it could be an age thing. I hope not, because I’m only going to get older, unless someone invents some kind of Time Reversing machine and turns me into Benjamin Button.

I digress! The Lip Lingerie Lip Gloss from Powder Rooms has appeared on A Model Recommends before, in the Sisley Makeup Tutorial and I totally forgot to post up this separate review. So here we go with it now, better late than never!

“Is it a cake? Is it a bon-bon? No, obviously it isn’t either of these things, you fool; it’s a jar with a shiny lid! Try eating that and I guarantee you’ll lose a few teeth, and then how pretty do you think you’ll look? Hmm?

Had you, though, didn’t it? With it’s pretty little box and paper cake case? ‘Proper Lush’, as I heard a girl exclaim on the bus the other day. (Obviously I rarely get the bus – my helicopter was in the garage having its MOT done, and my driver had a dentist’s appointment.) All joking aside, this is about as girly as packaging gets, but the balm itself is really rather nice indeed. Really moisturising and smoothing and – important for those of you who are Vanilla/Peppermint/Cherry haters – pretty much unfragranced. I mean, there is some hint of a whiff there, but nothing that grabs you. Which is a nice change, don’t you think?

I have been getting back into my lip glosses lately after years of hating them, because they are so easy and instantly glamorous. I do love the whole matte look, and I think that there’s nothing more sophisticated than well-applied lipstick, but glosses and balms are just easy. The Lip Lingerie comes in loads of different colours – all named after items of sexy lingerie, such as Bullet Bra, Peekaboo Nightie and Jewelled G-String – some of them sheer, some shimmery, some creamy. I have Lace Teddy, which is a grown-up nude, non-shimmery, just the way I like it. I probably wouldn’t wear an actual Lace Teddy – just the fact that an article of lingerie meant for seduction is called a Teddy is a bit weird – but I will happily apply it to my lips! This has a slightly tingly feeling when applied, which I’m guessing is the ‘pouty plumper’, and a long-lasting moisturising effect. It’s not one of those super-shiny ‘mirror effect’ glosses, it’s more of an everyday, easy-to-wear, sophisticated gloss (infinitely preferable I think!) – a gloss-balm hybrid.

Lip Lingerie Lip Gloss is available from PowderRooms.com for £15″