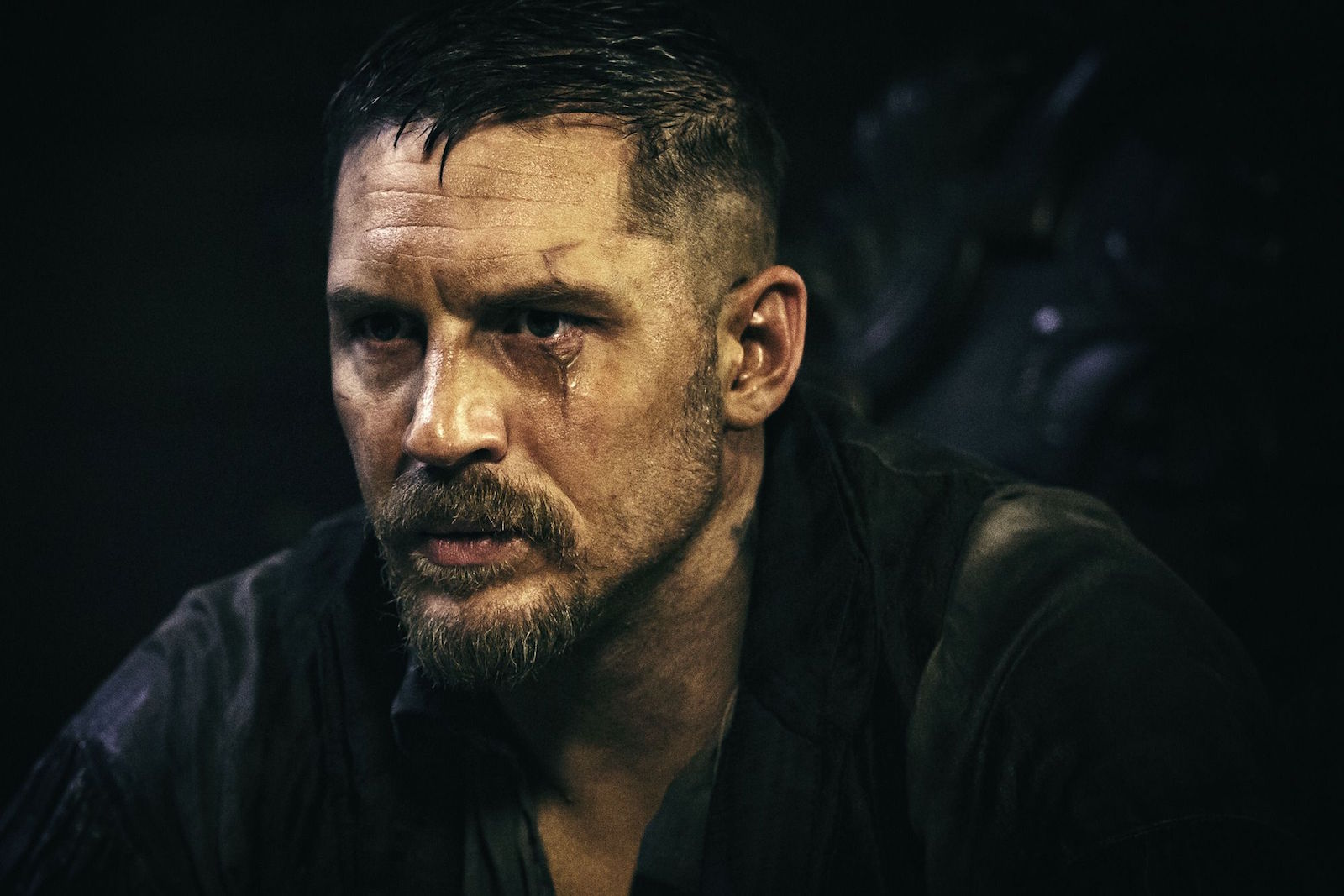 Have you been watching Taboo on BBC1? Oh my lord. It’s very good – very good. It’s sort of a cross between an incredibly dark and violent Dickens story and something bleak and hopeless and beautiful, like, I don’t know, The Piano. The art direction is amazing, the plot is weird-but-interesting, the costumes and the sets completely capture everything that London in the year 1814 would have been. Stinking, dangerous, dimly-lit…

And then there’s Tom Hardy. Now look. I do happen to think – and I say this without any hint of irony – that Hardy is one of the best, most immensely talented actors of our time. I’d like to point that out first, because the following list reduces him to something of a nightshirt-wearing tattooed Sex God. All tongue-in-cheek, of course, but I’d hate for anyone to think that I’d ignored his actual skills… 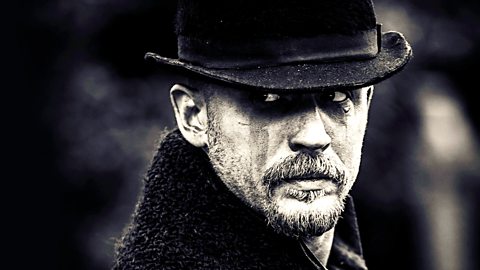 In Taboo, Hardy plays the disturbed James Delaney who returns from a long spell in Africa to inherit his father’s shipping empire. Now this man, Delaney, is everything unsexy that you could possibly think of. He’s always covered in horse poo or blood or weird magical powders – he looks dirty, I mean really dirty, and he has previously had many sessions of sexytime with his own sister. So, y’know, by all rights this is not a character we should be even remotely attracted to. But then it’s Tom Hardy, and Tom Hardy was even sexy as Bane, the psychopathic masked baddie in Batman, so why is it even a surprise that he can make ingrained dirt and nineteenth-century sewer smells into a bonus attribute?

Here’s my list of things that only Tom Hardy can make sexy – I’m limiting this to things in Taboo, otherwise we’d be here all bloody year…

Mumbling: I swear I can only hear three out of every ten words that James Delaney says, but who the hell cares? Hardy could read out the Argos catalogue and it’d still be hot.

Killing: shouldn’t be sexy, especially when it involves hacking through a ribcage to retrieve a heart, and especially when it takes place at the “outdoor lavatories” (imagine the smell!), but he has such a fabulous look on his face when he’s concentrating. And I reckon, in a parallel universe, he’d be great at preparing sushi – his knife skills are quite exemplary.

Smelling: I mean. The man is either covered in horse manure, stinking mud or other people’s blood, and he wades into rivers fully-clothed. Then dries himself in those same clothes. (Why would you not just take them off? She says. Salivating.) He must absolutely reek, but still: sexy. When his housekeeper pulls off his boots, you can almost see the steam rising out of them – who cares? HE’S TWO ITEMS CLOSER TO NAKED. 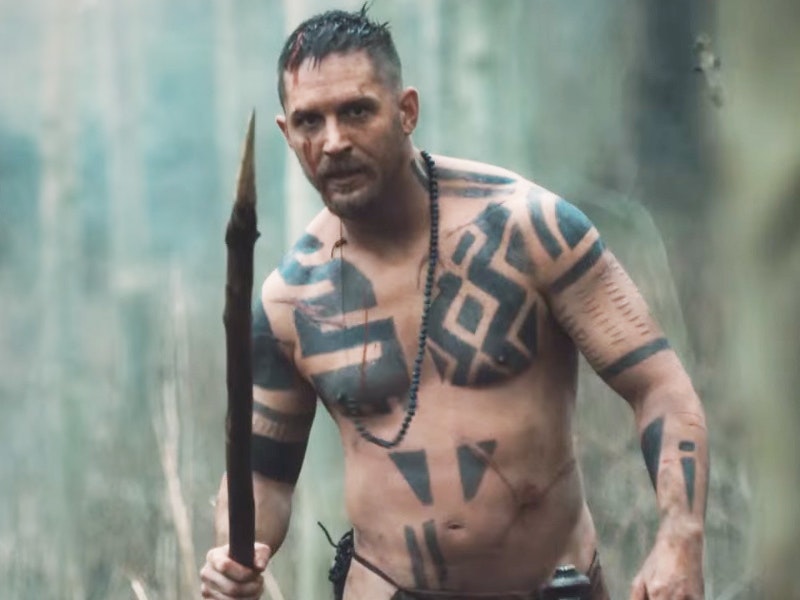 Hard Boiled Eggs: the only human in the history of all mankind to have ever looked sexy eating a whole hard boiled egg. He just pops the whole thing in and chews. (Episode 2, was it?)

Stupid Hats: only Hardy could pull off wearing a hat that looks as though it should belong to a Satanic Lion Tamer. And he actually looks cool – the big coat, collar up, the big hat, everything in black – expect something Taboo-inspired when fashion week next comes around…

Ghosts: James Delaney’s dead mother looks like the girl from that horrendous film, The Ring, but thirty years on. That’s what decades of being stuck down a well would do to you. Despite this horrible apparition popping up every time Delaney tries to have sex/a bath, he remains unflappably hunky. I’m notoriously scaredy-cat when it comes to ghosts and ghouls and so on, but in Taboo I’ve barely flinched – too busy looking at good old Tom and his distracting tattoos.

Tattoos: oh yes, the distracting tattoos. Big black bands that look as though they’ve been drawn on with a giant marker pen, they would look laughable on anyone else, but Hardy (are you beginning to realise the depths of my appreciation for TH?) wears them with aplomb. Here he is naked – just so you can see the tattoos. Educational. 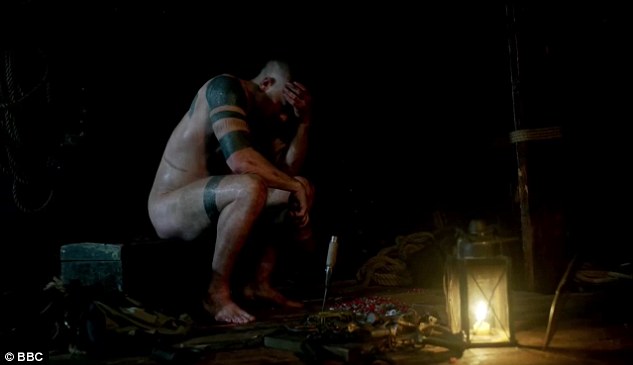 Digging a grave: why would anyone look hot digging a grave? I don’t know, but Mr Tom manages it. Perhaps it’s because it’s the grave for his sister’s husband, and we know that it’s only a matter of time before we see some sex action now that the husband’s out of the picture. (I realise that it’s wrong on every single level to want to see a man have sex with his sister, but seriously – watch the series and you’ll understand.)

My final “thing that only Tom Hardy can make sexy” was going to be something along that incestuous sort of theme, but I wasn’t quite sure how it would come across. “Tom Hardy, making incest sexy.” It’s just…wrong, wrong, wrong.

If you’d like to dip your toe into the stinking, egg-eating, sister-shagging world of Taboo then the final episode airs tonight at 9.15pm – you can catch up on the whole series on iPlayer here. Do add your own things to the list in the comments below – equally, if you can’t stand Tom Hardy or have your own alternative, please feel free to share!

*This post replaces the Sunday Tittle Tattle, mainly because I’ve spent so long thinking of the ways in which Tom Hardy is sexy that I’ve run out of time to write it. I’d like to add, also, as a disclaimer, that Mr AMR is miles sexier than Tom Hardy and looks amazing in a nightshirt. (He made me put that.) (He didn’t, but just in case he’s reading.) (Also, he doesn’t smell, kill people or wear stupid hats so I feel I’m onto a winner.)