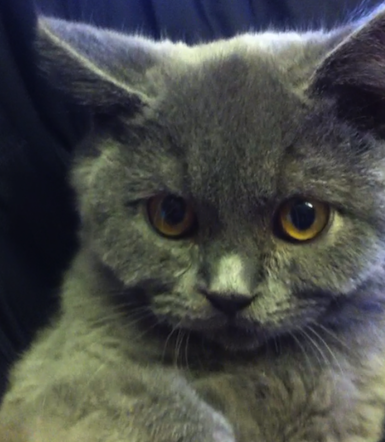 It’s rather queer, isn’t it, that I held off writing about Ted the Kitten. I mean, why do you think that was? I was so excited about getting him and then so excited about him settling in…but something wasn’t quite right. I knew it from the start, even though I’m a first-time cat owner. First of all, I had hundreds of ‘he’ll be swinging from the Christmas Tree’ comments on Youtube and here on A Model Recommends, but Ted wasn’t remotely interested in the tree. Or anything, really, for that matter. He didn’t eat properly either – perhaps he’s just settling in? Noooooo. Perhaps he has a potentially fatal infection and/or virus? Yeeeeees. I think that I must have sensed it, because I just didn’t feel inclined to show him to the world. He seemed quiet and shy and I felt I needed to protect him.

I don’t usually write personal posts – yes, every now and then I include a choice morsel of juicy detail, usually about Mr AMR and his penchant for long baths, but I try to keep things just a little bit separated. For ease, if nothing else – it gets complicated trying to work out what you’ve told people and what you haven’t, so my rule of thumb is to keep things jolly but ever-so-slightly-distanced. So it’s a first for me, to be writing about something a bit raw and unedited – unless you count drunken Twitter sessions, which haven’t happened in a good while. (In fact I think it only happened once.)

Ted the Kitten is very poorly, and on Tuesday I will get the call from the vets to tell me whether or not he needs to be put down. Tuesday! That’s ages away. I have almost broken my eyes Googling kitten diseases and symptoms, trying to double-guess the diagnosis, beating myself up about not having taken Ted to the vet’s earlier… Tuesday seems like months away. In the meantime, Ted is in a pet hospital on a drip, having his little lungs drained of fluid and I find the thought quite unbearable.

I know that ‘worse things happen at sea’ and I used to be the worst cynic when it came to people and their pets (cats in pet-strollers, anyone?! Dogs in pyjamas?!) but I really am quite shattered by this week’s events. Exhausted. I didn’t think that I would get attached to Ted quite so quickly – but I did! And when I had to take him to the vet, he looked at me with his huge orange eyes and looked so scared, I just felt a little something die inside. (Obviously Mr AMR had to do the honours in the end as I was too upset, and off he went with the little carrier and Ted inside it, waving his little paw. I imagine.)

So all I can do now is to wait for Tuesday and the vet’s verdict. It’s pretty horrible – you’ll excuse me if I’m a little quiet on the internet-front? Posts will continue as normal (it would literally take a nuclear war for me not to get my posts out) but there may be a general lack of the sheer wit and humour that you have grown accustomed to receiving from me. (HA.)

Fingers crossed for Tuesday, if you would – and if you want them to be perfectly festive fingers, may I recommend a coat of red followed by an overcoat of LOOK Beauty’s red glitter polish in ‘Dorothy’?