I had the wonderful opportunity today of meeting Aaron de May, Lancôme’s Global Makeup Director. He was in London Selfridges to launch the L’Wren Scott collection for Christmas 2010, but on an extremely tight schedule and so he managed to pack about one thousand makeup tips and ideas into a twenty minute session! Talking to just six of us, Aaron described his makeup philosophy and technique; his aim is to enhance beauty and not to create a ‘mask’. He hates to use foundation, preferring instead to take the time to conceal individual blemishes and leave the skin with it’s differences in tone and texture. He believes in using cosmetics as multi-purpose tools – lipstick as blush, lip balms as highlighters, concealers as lipstick bases – and he is passionate about making sure that cosmetics look as though they are ‘coming from within’; that they look like part of the face and not just ‘paint’.

Aaron talked for a good while about the ‘Les Gris l’Wren’ Ombre Absolue Palette (shown above is my own, personal palette signed in gold. Get. Me.) – about the many different ways that each colour could be used. I’m going to attempt to film a video using the L’Wren colours demonstrating some of the key techniques Aaron outlined. Now obviously, because I’m not Lancôme’s Global Makeup Director, my ‘looks’ won’t be quite as good as Aaron’s, but I think that he made so many good points about applying eyeshadow and using eyecolour that it would be rude not to do a little video. 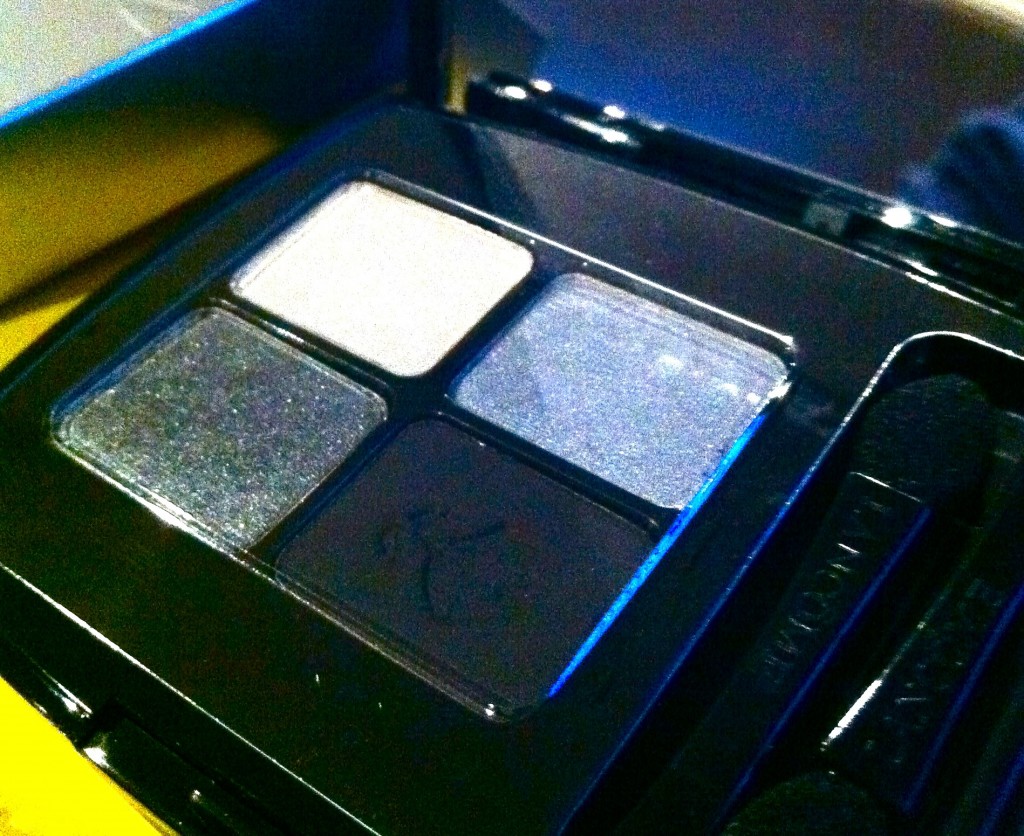 You can see from the photo that the palette has four very flattering shades of grey – from deep, almost-black charcoal to a light, shimmery silver. This palette would suit warm or cool skintones and the pigment in Lancôme’s eyeshadows is excellent, so you can create strong, single colours if you don’t want to layer or blend them. The slight shimmer is great for Christmas if, like me, you’re mentally allergic to anything too glittery. It gives a bit of festive cheer without going over the top – rather like agreeing to wear the paper hat from the cracker, but refusing to smile about it. 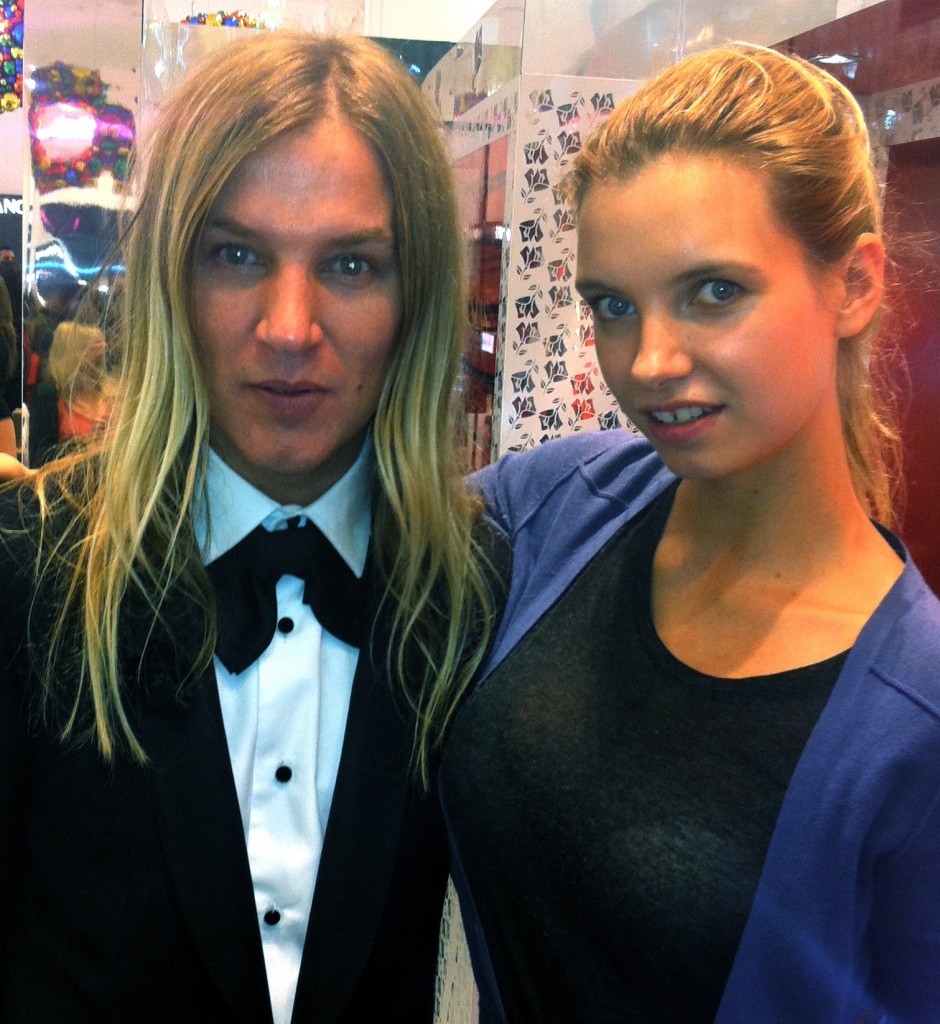 Now I’m only including the above photo so that we can have a good laugh. a) What in God’s name has happened to my breasts? They are sitting at the most extraordinary angle!  b) Don’t we both look slightly like we could be off-duty vampires? It’s the white pupils – does it every time!