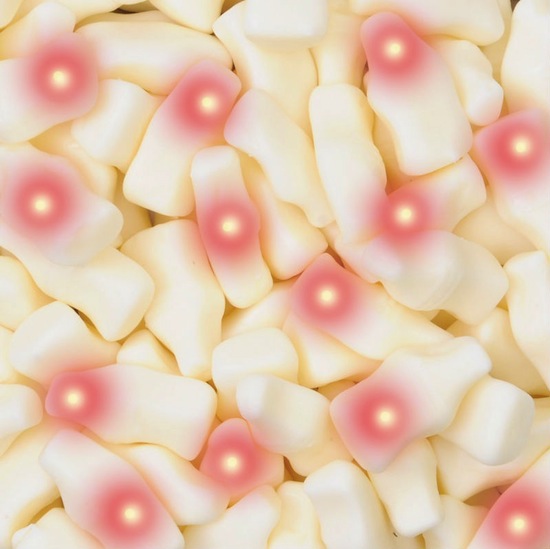 There was really a very impressive response to my post last weekend about milk and spots. If you didn’t read it, then I can sum it up quickly for you (or click here to read the full post): I realised that my breakout problem had completely cleared up at the same time that I stopped drinking so much milk. I had been drinking a half pint every day either on cereal or mixed into my porridge, but from mid-December I stopped. Not on purpose, just by fluke. It wasn’t until recently that I made the connection, and so I wrote about it to see if anyone else had experienced something similar.

Well it certainly seems like lots of you have – I was honestly quite taken aback when I read the comments! There were over 100 of them at last count and they are still trickling in, so I thought that the best thing to do would be to write an update post (this one) rather than repeat myself in answering everyone individually. I hope that’s OK – I also wanted to address a few quibbles and issues that seem to have popped up as a result of my post. So here goes.

1) Yes, the above photo is a picture of milk bottle sweets that have had rudimentary acne spots photoshopped onto them. It’s quite a gross concept…  But just look at those rhubarb-and-custard colours! I’m a creative soul when I put my mind to it, I tell you. Some might say “insane” – I say talented. Move over, Van Gogh, move over.

2) On a more serious note, I’d like to say this: I’m in no way asserting that there’s a link between dairy and acne. I have no real scientific proof whatsoever, and acne is a complicated and temperamental old beast. It can be caused by a whole host of things. What I do know is that when I stop drinking milk, my breakouts clear up. Last week in Paris I had cream (and about seventeen kilos of cheese) and guess what? Whopping great cyst-like spot on my cheek. I just don’t think that it’s coincidence. But although I am convinced that milk is a trigger for me, it might not be for anyone else – it’s a personal thing and I’m by no means trying to scare people off dairy or suggest that they don’t drink milk!

3) I think that it is only really milk, the liquid white stuff I pour on my cereal and use to make porridge, that causes the breakouts with me. Cheese and yoghurt seem to be OK in sensible amounts. I saw from reading your comments and emails that many of you think the same thing. Good to know! Thanks to Meg lipsofacto.com for offering to give suggestions on lactose-free options – I do think that I’ll take you up on that!

4) No, I don’t miss milk in my tea or coffee because I don’t drink either of them. I never have done. It’s not a lifestyle choice, I just never tried them and then got to being an adult and couldn’t be bothered! I drink the odd herbal tea, but nothing else. What I do love, however, is a hot chocolate. I bloody love it. Apparently it’s good with hazlenut milk and I shall be trying that shortly! (Occasional treat, not daily habit.)

5) I had thought that my spots were stress-related and to a certain extent, I don’t think that my stress levels were helping the matter. I’ve no doubt that it was probably a combination of lots of things, but – see above for latest milk/spots evidence. I’m back to working my usual 700-hour weeks and trying to do everything at once and my skin has stayed very clear apart from last week’s little blip.

6) Skincare routine: I have been using the new Alpha-H Rejuvenating Cream every other night, alternated with La Roche-Posay’s Resurfacing Serum to try and fade the marks left by the deeper spots. Both are brilliant – I have tested them separately, too, for three weeks each, but I’ll do some reviews very soon with more details.

Please do continue to comment and share – I find it all fascinating, and it’s good to get different opinions on the matter. Thanks so much for all of the feedback on this, it’s quite valuable to me if not anybody else!

(Image from – ironically, for a skincare post – “WeLuvSweets.com“. Bastardized, obviously, but still. Credit where credit’s due and all that!)