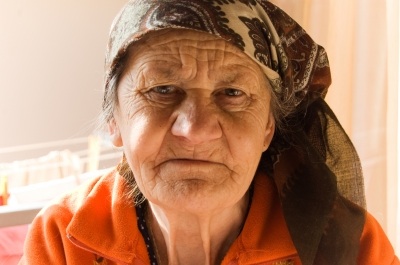 So here’s the thing: you could start modelling, if you were so inclined, at around the age of fourteen. Although many agencies officially state that they won’t take on girls younger than sixteen, there’s an unofficial ‘buffer zone’ that they often dip into so that they can get a girl ready to work when she is sixteen. Even if a girl is still at school, she might pop into the agency every once in a while to have polaroids taken or to see a very important casting director – that way a ‘buzz’ is created around the girl and people can’t wait to start booking her for jobs once she begins modelling properly.

Two problems that I have with very young girls becoming models: 1) it undoubtedly plays with their minds when it comes to body image and body confidence. If not straight away, then later on in life. A young girl doesn’t yet have a woman’s body – but after a few years, when her womanly figure wants to appear and the editors and designers want her to stay looking like a child? Well. That’s a whole other full-length dissertation, isn’t it? Problem 2) if you leave education straight after GCSEs and enter the meat-processing-plant that is the modelling industry, you have absolutely nothing to fall back on once the industry spits you out. You might be lucky and have a long career, but equally, your long career might be dependent on you having something else going on other than very long legs and nice hair. Many young models are ridiculously brilliant; they travel the world learning languages, they self-educate, they make hundreds of thousands of pounds shooting amazing campaigns, they gain the kind of life experience that others couldn’t even dream of. But for every very young model who has that kind of drive and self-discipline to improve themselves and create a ‘back-up’ plan, there are hundreds who just fall by the wayside after a few years and struggle to start life again. Going back to education or getting a ‘normal’ job after you’ve been swanning about Paris and New York is, I imagine, quite a shock to the system when you’re still so very young.

My advice? If you’re planning on modelling, get at least your A-Levels. If you start modelling full-time after A-Levels you’re still just eighteen, you have something to fall back on and you can throw yourself whole-heartedly into modelling safe in the knowledge that, if things don’t work out, you can start University and you’ll have hardly missed a thing. Modelling is a little bit like living life in a parallel universe; whilst everyone else is off to work for nine in the morning and they might do the same thing five days a week, you’re doing something different every day. There’s no routine; you could be in Paris on Monday doing thirteen castings and then have nothing to do for the rest of the month. (An extreme example, but that has happened.) It’s quite difficult, after living that kind of life, to ‘slot back in’ to the real world. If you have some education you can always go back to it – or you can continue your education whilst having a career is a model, which I very highly recommend. I’ve gone off-piste here, where was I?

Yes! The best age to start modelling then. My answer would be: after you have done your A-Levels. If you’re dead-set on getting a degree then do that too! You’ll still only be about 21 – I started at 20 and it didn’t do me any harm! Don’t be railroaded by an agency into starting full-time earlier than you feel comfortable with – you have to remember that modelling is a short-term career and that life (hopefully!) will be long and fulfilling. Of course, you don’t want to leave it too long and rock up to your first casting at twenty-six – unless you’re fortunate enough to look much younger than you really are! Just have a sensible perspective on the situation – make sure that you’re not sacrificing something very important to become a model and remember that if it doesn’t work out (you don’t get any work, you don’t enjoy it) then it’s the easiest thing in the world to opt back out of so long as you don’t spend too long chasing the dream.

So bottom line is that, in my opinion, the best age to start modelling is probably between about seventeen and twenty-one. That’s not to say you can’t start much earlier or much later – lots of girls do and make a great success of themselves – just bear in mind your bigger picture. Only do what feels right for you!