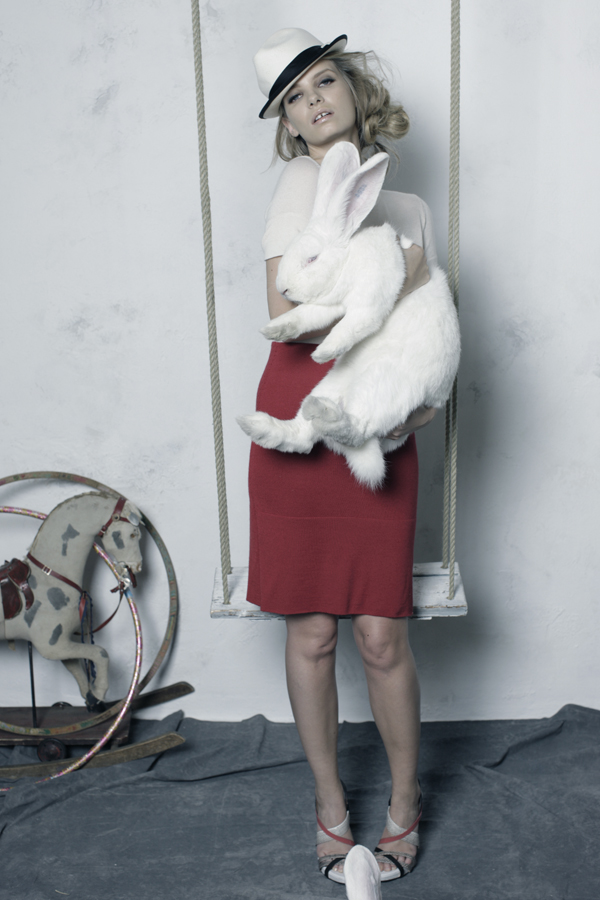 I was trawling through some photos today and it occurred to me that I have quite a bizarre job. One day I can be standing on a quayside in Istanbul wearing a twenty thousand pound coat, the next I might be in a grungy back-street studio in Shoreditch wearing crazy art-student hats! These photos really made me laugh though – they were taken earlier this year when I was shooting in Munich. A man turned up with three ENORMOUS rabbits and they were hopping round the studio! 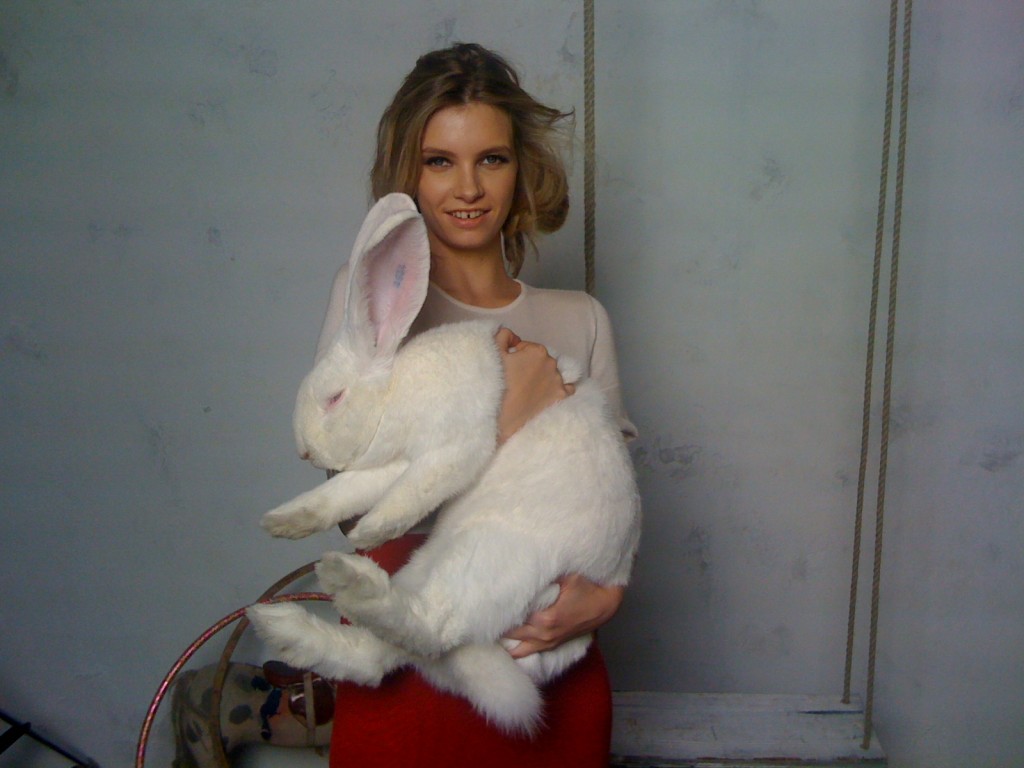 I used to have a giant rabbit – not quite as big as this one, but almost – and so I was having a whale of a time! Weirdly, the man from Munich was able to hypnotize the bunnies so that they played dead – it was hysterical, if slightly disturbing. 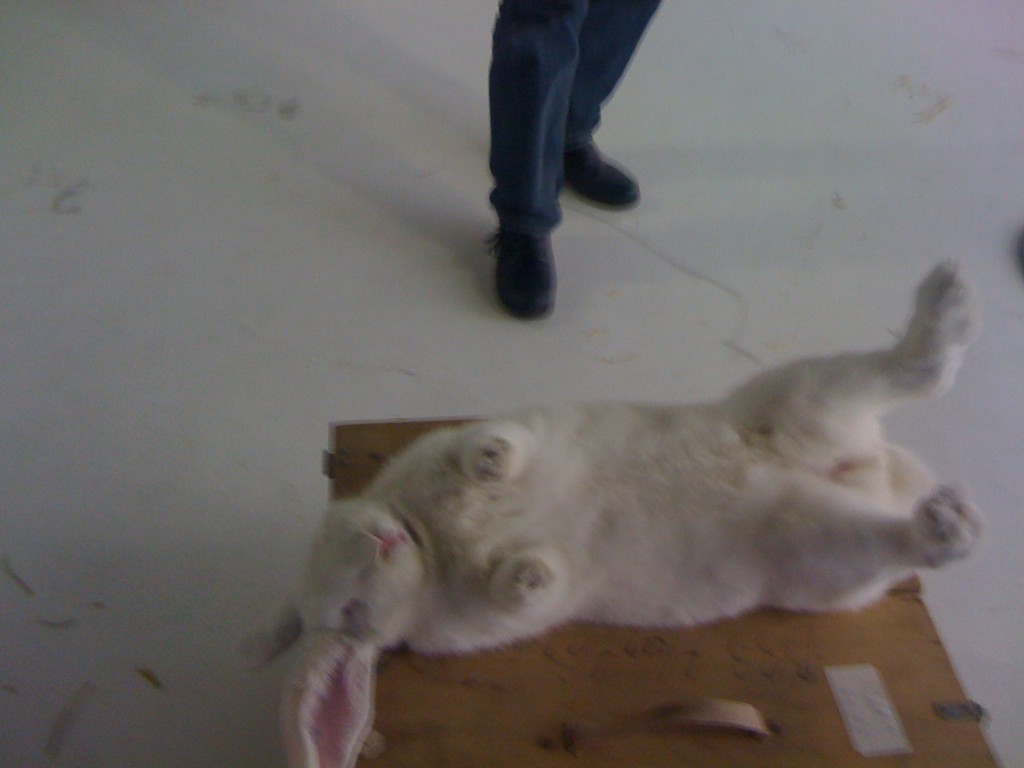 Quick note on rabbits: anyone with a sudden desire to go and buy a giant rabbit because of these pictures, please think carefully! My rabbit pretty much destroyed our whole house before we moved – even though she was litter trained, she just wreaked havoc wherever she went. Cute, but hard work. Be warned.