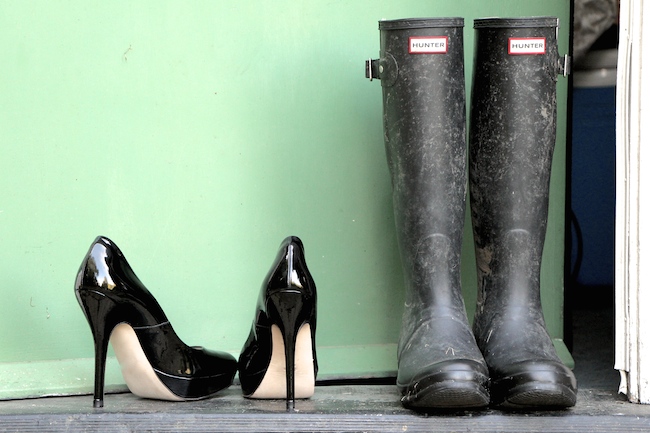 I cannot believe that it has been a whole year (to the day) since I packed up my London home, put Mr Bear into his carry-house and absconded to the countryside. At the time, amidst the unpacking craziness and the annoying logistical things you have to deal with when on the move, I promised you all a stream of update posts – why I had moved, how I had chosen my new area, what I found different about my new life. But I didn’t write any of the posts – I sank into my new world as easily if I had merely upgraded my iPhone, and I didn’t really mention it again. And the last year has just flown by – work has been busier than it has ever been before, and we got a dog (Dexter) and a little boat to chug up and down the river (the Love Me Tender) and a kayak – so writing about my “Escape to the Country”, as it has become so fondly known, just failed to happen.

Some questions answered. Long overdue. And more homey-style “moving to the country” posts in the pipeline, if you’d want to read them…

1) Why did I move from London? Didn’t I like it anymore? Don’t I need to be in London for work?

I love London. It is, and always will be, my favourite city in the world. It’s vibrant and noisy, challenging and thought-provoking and it’s steeped in so much history and culture that you could walk around it for months – years – and still find out something new. Yes, it’s hideously expensive, but it also offers up bargain gems if you know where to look. Markets, street food, free museums and art galleries, huge public events held on the Southbank or in the parks. You can lose yourself in London like in no other city – there’s always something to do, and you can be as involved or as anonymous as you choose to be. Important point: I didn’t ever fall out of love with the city, it just couldn’t offer me the new things that I had begun to crave. I wanted space. I didn’t want to be able to hear any neighbours. I’m quite a solitary creature, during the day, as I like to buckle down and do my work in complete silence (woo, I’m a right laugh, me) and I hate to be disturbed by the sounds of other people. And I wanted greenery and trees around me – not just a tree-lined street, but proper big trees and fields stretching away into the distance and views of rolling hills, etc etc. Because I work from home for such a large proportion of time, I wanted to be able to step outside in the daytime and just be where I wanted to be; I needed some kind of calming influence, as I was starting to get incredibly stressed with work, and my environment was to be my calming influence. So that’s why I felt the need to leave city-dwelling life behind and dust off my wellies.

And yes, I do need to be in London for work – and for my social life, too! –  but it takes me precisely six minutes longer to get into the centre of town than it did from my East London home, so. The joys of fast commuter trains, eh? 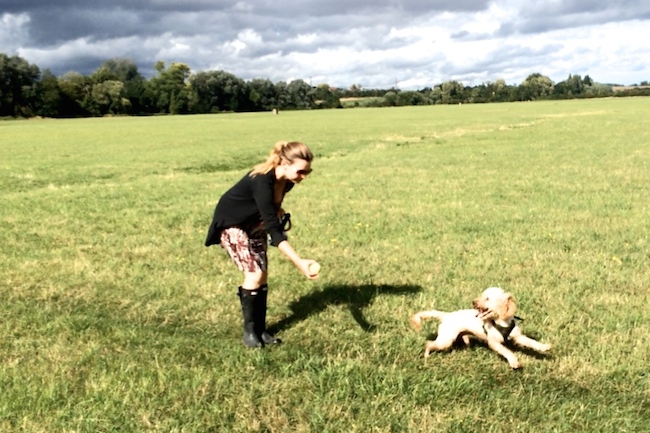 2) How did I choose where to move to?

I spent about six solid months poring over houses on Rightmove and on the Modern House website. Mr AMR and I have a bit of a “thing” for mid century architecture, and so (weirdly) our area was always going to be very slightly dictated by the availability of the perfect house. And so I just searched and searched, pretty much daily, until the right house came up in an incredible location that just happened to have a railway station with a fast connection to London. Interestingly, when the right place popped up, we dismissed it online because it was too small, but one day we were driving about in the countryside and took a wrong turn and literally turned the car around in front of this amazing house, and it was the one we’d seen online! When we viewed it we realised that it could be extended and renovated and all of a sudden, we had fallen in love with our dream home. If you’re looking to move areas then I would say this: you can’t get a feel for a place, or the houses in it, until you actually go there. That takes more effort than browsing online, I know, but what looks like a little sleepy village on Google Maps can easily turn out to be a main-road-with-a-few-run-down-houses in real life. The only way to find a spot you’ll love is to jump in the car and spend your weekends driving about. Which is a lot of fun. Think of all the pubs you’ll visit – pint and a ploughmans, while you pore over property pamphlets!

3) Do I miss living in London?

No. In a word. I love London even more now that I don’t live in it. I appreciate its noise and vibrancy and I sit there and take it all in, knowing that when I step off the train in my village I’ll be greeted by the ducks and the people on their houseboats pootling up and down the river. I agree that the idea of ducks and boats isn’t everyone’s cup of tea – and I must admit that it took some getting used to the slower pace of life, with the local barmaid taking about forty minutes to take an order and the man in the post office doing things as though he’s been set to slo-mo – but I can honestly say that I have never been happier. If you watched me on television in 2003 (documentary This Model Life, watch it here) then you might remember me being asked where I saw myself in ten years’ time. I think I answered something along the lines of, ‘not modelling, living in the country.’ Well, one out of two ain’t bad…