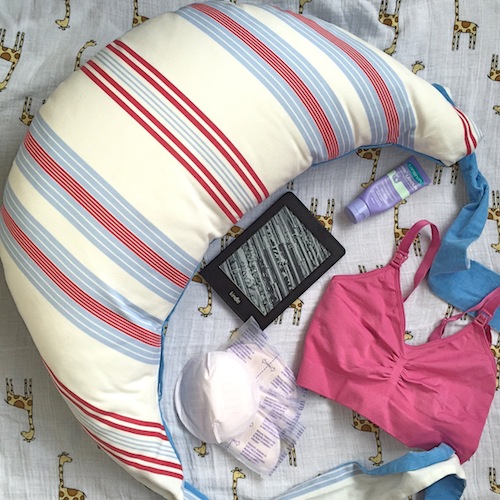 My top five breastfeeding essentials. Apart from breasts, obviously. They’re pretty essential for breastfeeding, I would have thought. The nipple part, at least. Anyway, here are the five things that have made breastfeeding easier and/or more bearable in the trickier moments. I had always assumed that breastfeeding would be a totally instinctive process – the baby would just suck away and all would be well. But there’s a technique – who knew? The baby has to “latch on” properly (get the nipple in the right position in its mouth) otherwise things get painful in the old nip department and the baby doesn’t get a proper feed. I was incredibly lucky that the midwives on the labour ward were very good with feeding help – I couldn’t sit up after the C-section and I only really had the use of one arm, so they would come around and latch the baby on and make sure that the positioning was correct. To be honest, if I hadn’t had that 48 hours in hospital after the birth, I would have been a bit stuck because Angelica was tongue-tied and not really latching on correctly. (All was fine once they snipped the tongue-tie, though I had to hide and sob in the garden when it was done as I couldn’t bear to be there.) There was a period of about three days when my nipples cracked and (UGH) bled slightly, and having to “feed through the pain” was just the most depressing thing in the world, even though I was pain-killered up to the eyeballs. But thankfully there is a magnificent amount of support available these days, for breastfeeding Mums, and so I did lots of internet reading and also bored the visiting midwives to tears with all of my questions…

Anyway, I digress: I’ll do another post on the pitfalls of breastfeeding that I encountered in the first month (and I’m still learning!) but for now, here are my essentials. 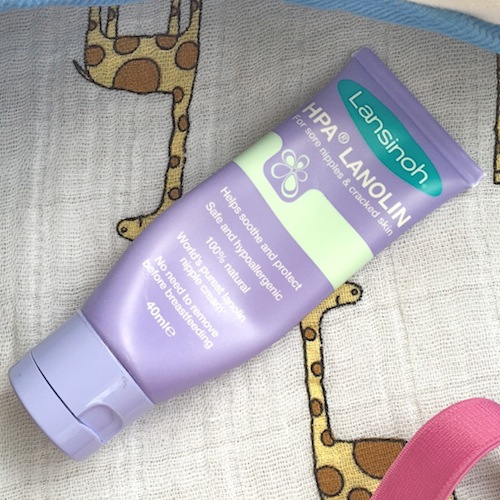 1) Lansinoh Cream (£7.33 at Amazon). A total lifesaver, this stuff. I plastered it on when my nipples were sore and cracked – you don’t need to wipe it off before feeding, though I did take off any excess as I didn’t want Angelica to be feeding on 50% milk and 50% lanolin! I still use it now – just a tiny bit every now and then, because it keeps things soft and comfortable. Not as soft and comfortable as when I dunk my overly-engorged boobs into a hot bath (literally the BEST FEELING EVER) but nearly. There are loads of nipple balms out there, but this was the one that every single person without fail told me to get and it works a treat. It’s just very plain and simple.

2) The breastfeeding pillow (£45 from Thrupenny Bits). I resisted the idea of a breastfeeding pillow because – like many people – I wondered why I simply couldn’t bolster up my elbows with some firm cushions from the sofa. But this has been revolutionary – the pillow takes most of the weight of the baby and allows you to calmly and easily correct the way that the baby latches on rather than struggling with holding the baby up and attempting to match up nipple and mouth at the same time. The shape of the pillow hugs the curve of your body – normal cushions are just annoying and you can never get them close enough – and the ties make sure that the pillow can’t move away. Which is what happens with normal sofa/bed cushions. So this sceptic has been converted – there are a few brands who make breastfeeding pillows, but Thrupenny Bits have a different sizes which is important when, y’know, people are all different heights! 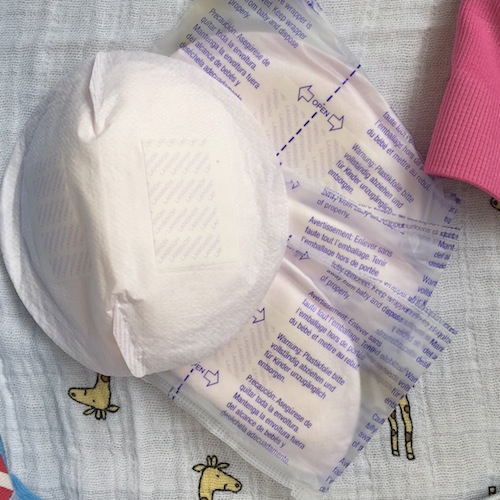 3) Lansinoh Pads (60 for £7.55 or 240 for £15.96, you do the maths!, at Amazon). Again, loads of brands do them, these were recommended and I’ve found them to be brilliant. Not bulky and extremely absorbent. Pre-baby, I didn’t realise that breasts could actually squirt milk in a fine stream across a room, but apparently they can. Without any kind of prompting at all. Pre-baby, I wondered what all the fuss was about, in terms of breast pads (surely the milk only comes out when the baby sucks?), but now that I know that breasts can drip like a tap (sorry, TMI) as well as squirt and a number of other milk-presenting tricks, I realise that they are essential.

4) Soft Nursing Bra (£14 Emma Jane at ASOS). This is a completely different kettle of fish to wearing a supportive nursing bra that holds your boobs up properly: I was searching for a completely soft, comfortable nursing bra that I could wear to sleep in. Something with a band that wouldn’t roll up or cut in at my ribs, that would basically just hold my boobs in place slightly and also provide something to stick the breast pads to. This one from Emma Jane is the best I’ve found – it almost feels as though I have no bra on. Which is what I’m aiming for, after six weeks of having my breasts bound up tightly in double-decker-wobble-checkers. I like the fact that it’s hot pink. Lifts the spirits. 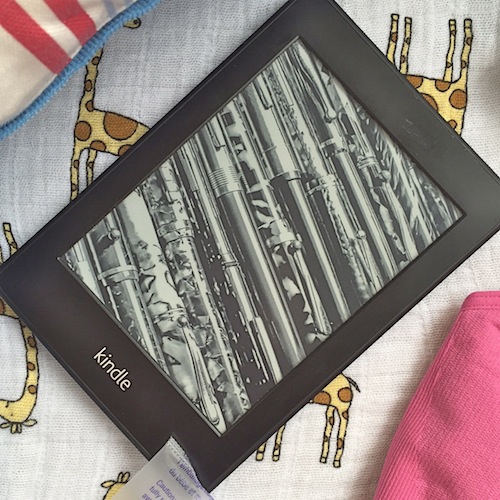 5) Kindle Paperwhite (£98.99 at Amazon). Because you can turn the page with one finger. Because it’s light enough to lean up against a feeding baby’s body. Because the built-in backlit screen also acts as a nighlight when you wake up to feed at 3am (and 5am, and all of those other ams) and because, if you’re anything like me, you’ll be getting through a hell of a lot of books.