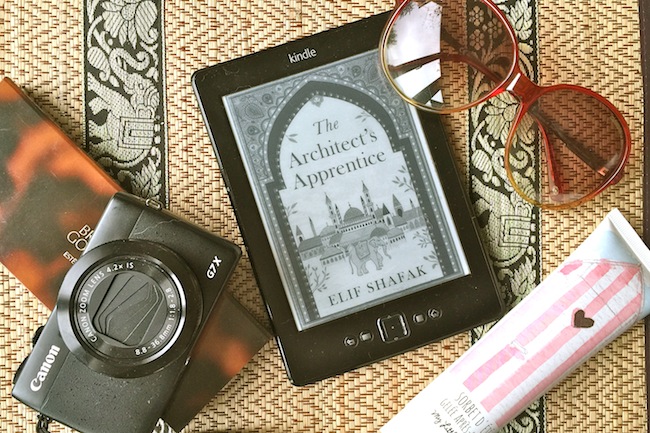 I’ve been reading at the rate of about three or four novels a week, recently (breastfeeding for hours on end means I’m tearing through my Kindle list!) and I thought I’d pull out my top five for you. Not an easy task at all, as I’ve enjoyed so many of them, but I’ve procrastinated for ages and finally decided on the favourites. I know that we’re zooming through the summer and I should have posted this months ago, but hopefully we’ll get a few more lazy, hazy days to get some al fresco reading done. 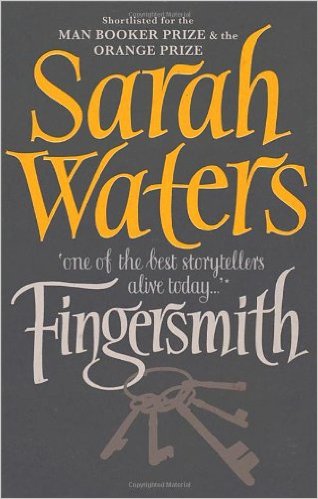 Fingersmith by Sarah Waters (£6.29 here) is a brilliant, rip-roaring tale of deceit and dark secrecy. The main characters – a fake gentleman, a Borough thief and a tragic, sequestered lady – and the settings – a crumbling, damp mansion and a madhouse – have a Dickensian feel to them and there’s something very Jane Eyre about some of the plot. I loved this novel so much that I’m loathe to give anything away – just know that there is the most EPIC twist in the tale at a third of the way through and after that, things just get more and more twisted! 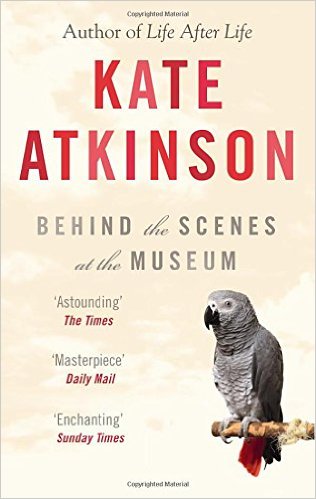 Behind the Scenes at the Museum by Kate Atkinson (£5.59 here). I came across this novel in a very roundabout way: having loved Life after Life, I read A God in Ruins, which is Atkinson’s latest book, but I really didn’t enjoy it. It was a kind of sequel to Life after Life, which tells the same story over and over again with slight changes that have big consequences, but it didn’t have the same brilliant basic idea and the characters that it followed just didn’t spark anything exciting off in my imagination. Wanting to give Atkinson another chance, I Googled her other novels and found Behind the Scenes and can honestly say that it’s one if the best books I’ve read in the past few years. Nothing to do with museums. It has the same jumping back and forth in time device that she seems to like so much, but this time it really works – I love patching together the histories of the different characters. The main character is so completely engaging and her narrative voice at the beginning of the novel starts when she’s still a foetus! Bizarre but amazing. Give it a read. 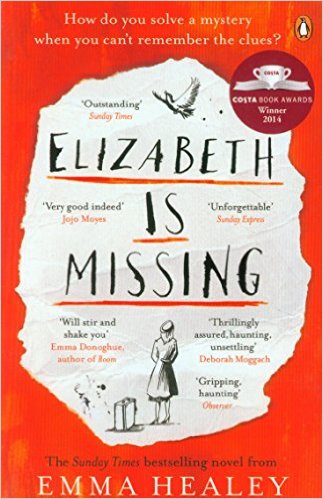 Elizabeth is Missing by Emma Healey (£3.85 here). A sensitive and very stirring novel, written from the perspective of an old lady who is being overtaken by dementia. It’s a brilliant and eye-opening depiction of mental illness but not at all maudlin – I found myself laughing out loud at the dark humour and the narrative voice is just so endearing. It’s part detective novel, part “memoir” and I love the fact that the narrator is so completely unreliable and that you’re so completely at her mercy. I know that loads of you will have read this already, and if you have and would like to read something along a similar vein then try Still Alice, which deals with early-onset Alzheimer’s in a poignant and truly moving way. You can find that here. 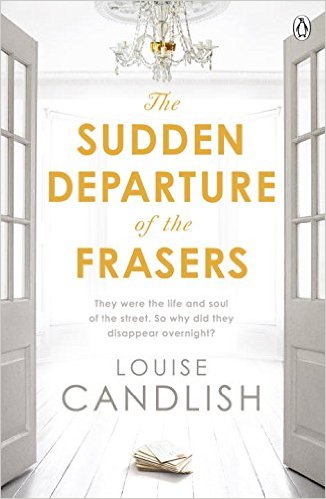 The Sudden Departure of the Frasers by Louise Candlish (£3.99 here). I’m offering this as an alternative or “if you enjoyed that then read this” to The Girl on the Train by Paula Hawkins (here). Mainly because so many of you will have read the latter and I don’t want to give you two novels that are overly-predictable – The Girl on the Train topped the book club lists this summer along with Elizabeth is Missing! I liked The Girl on the Train; I thought that it was very chilling in places and the portrayal of a young woman suffering from alcoholism was excellent. But I wasn’t completely hooked – by the end I almost knew what was coming and had given up on rooting for either the main character or any of the others. The Sudden Departure of the Frasers seemed a lot brighter and more upbeat and I suppose that I was more in the mood for upbeat, this summer. It’s still a mystery and it keeps you on your toes, but the storyline isn’t quite as dark.

I nearly gave away the ending then, and had to delete my last sentence, so I’ll stop now and move on to the next book! 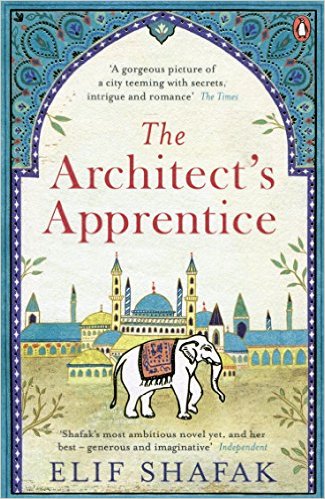 The Architect’s Apprentice by Elif Shafak (£6.74 here). This is the utterly charming tale of a boy who arrives in Istanbul with his white elephant to become part of the Sultan’s menagerie. He then also becomes an apprentice to the chief architect (kind of a weird job combo, but that’s part of the charm!) and gets caught up in the colourful world of the Ottoman Empire with its concubines and huge palaces and murderous Sultans. This is one of those all-consuming novels that draws you into a different world and refuses to let you go – I found it so interesting, especially as quite a bit of the story is based around true events and characters.

Right – I’m off to do some more reading! Just as an FYI: the new Booker Prize longlist is out. I always like to work my way through it, though I never get very far before I get distracted by other things. You can find the longlist here.