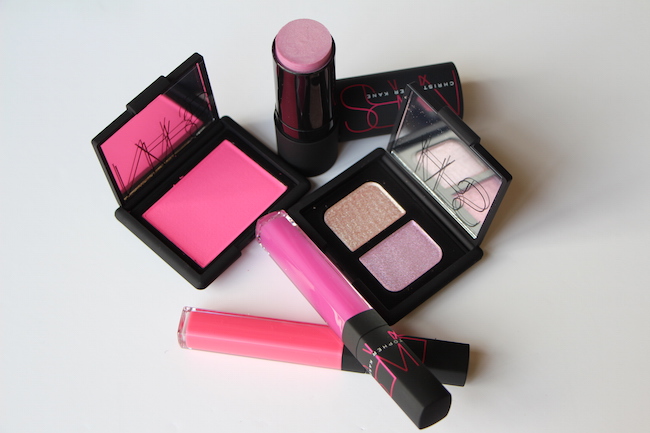 A few weeks ago I filmed the new NARS Christopher Kane collection for my video section on The Telegraph. I was pleasantly surprised that the entire range, so scarily neon and crazy at first glance, was actually very wearable – even the metallic lilac Multiple, which gave a kind of space-age illumination to cheekbones and arches of the brows. 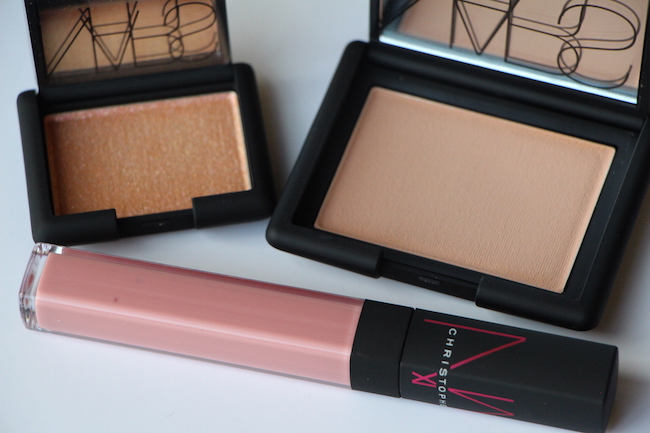 My top pick, though, was the Silent Nude blush (pictured above, top right); brilliant as a matte bronzer for those with very fair skin and excellent for building up a bit of a subtle contour if you tend to be heavy-handed with the powder brush. You can see me applying Silent Nude in the Telegraph video here, along with a couple of the jelly baby lipglosses and both of the eyeshadow offerings, but I’ve also done some “before and afters” for you on a plain background, just so you can see the general effect.

Here I am wearing primer and base (primer is Laura Mercier’s Radiance Primer, base is L’Oreal Infallible which has an in-depth review here):

And here I am after application. The results are very subtle, admittedly, but where the natural face shadows are present in the “before” picture, there’s more of a warmth and a glow to the same areas in the “after”. 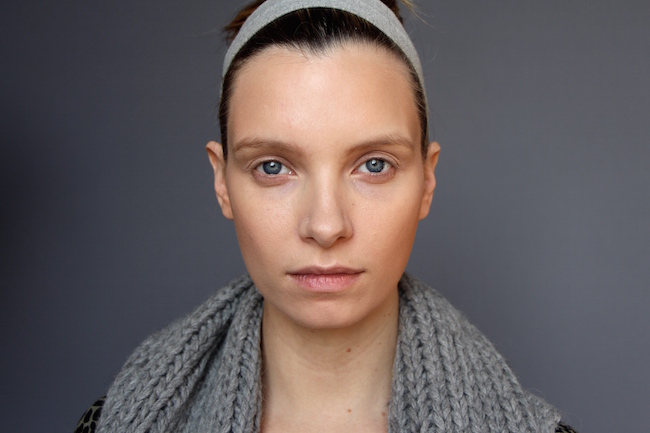 Silent Nude is a clever shade; it looks quite flat and deathly compared to a traditional bronzer, but it actually contains more warmth than you’d expect. Most importantly it’s the kind of warmth you can wear without turning your face orange, which is important for the very fair. I don’t have very fair skin by any stretch of the imagination – more fair-medium, maybe even medium-toned in the height of summer – but I’ve built up the blush in a couple of layers to give you an idea of depth and hue. It’s kind of a honeyed, pale bronze – slightly cooler than Guerlain’s Joli Teint and actually very similar indeed to Burberry’s Earthy Blush. I’ll do a “fair bronzer” roundup soon – I’ve done the photos, just need to write some words!

If you fancy giving NARS Silent Nude Blush a try, you can find it at Selfridges here – £23.