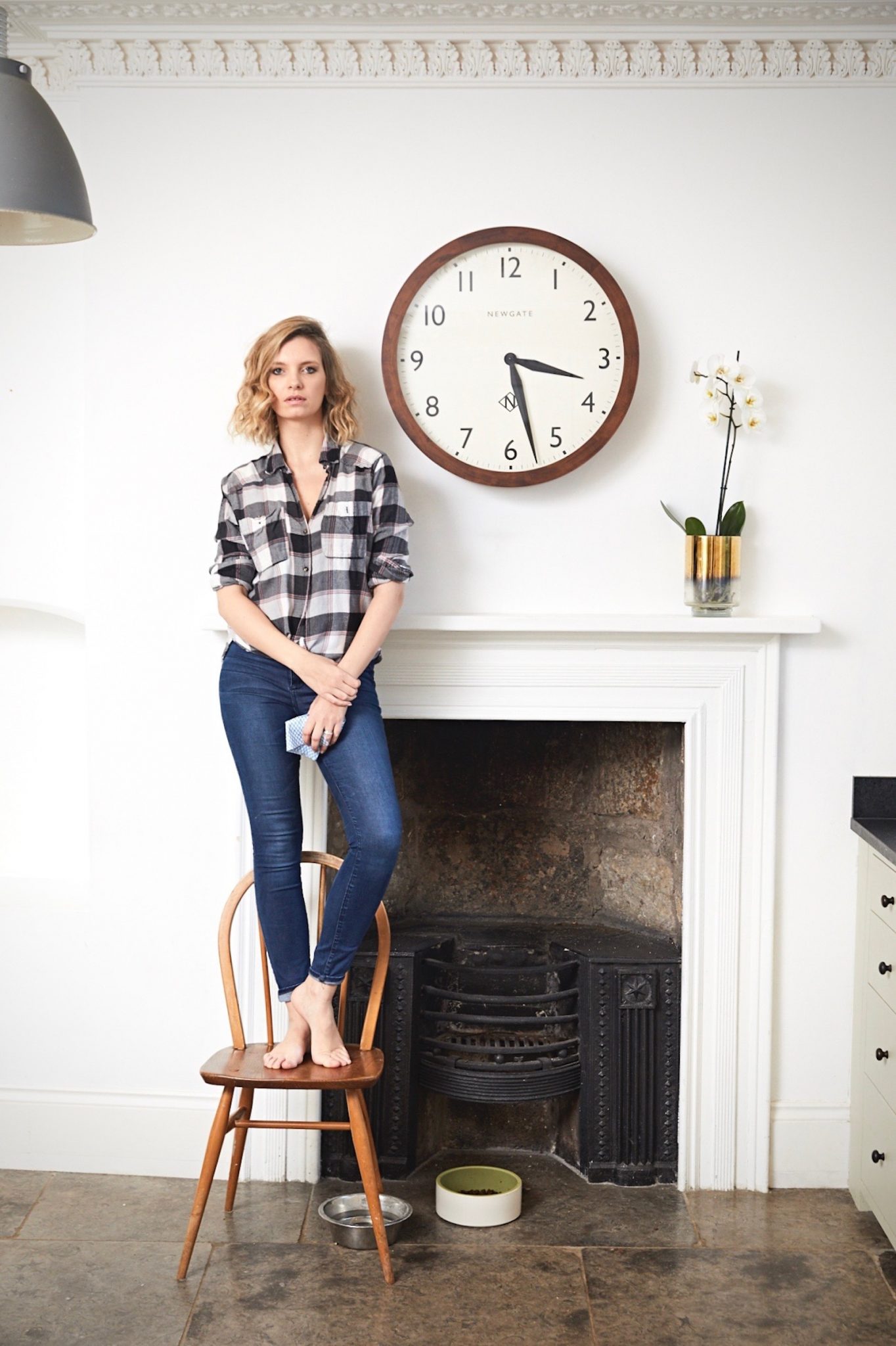 It’s a funny old thing, buying a house. You don’t get to spend much time in it before you do the deal – you go twice, three times if you can wangle it, any more and people get irritated – and then you sit on the sofa in your old house for months on end whilst all of the legal stuff happens, repeatedly scrolling through the pictures on Rightmove and scrutinising the floorplan and trying to piece it all together in your head.

And then you actually move in, and all of the previous owners’ furniture has gone and there are big holes where the telly used to be and light fittings dangling from the walls and bits of peeling wallpaper where the bedhead was and the carpet never looks quite as “spotless” as it did when you were viewing and the “immaculate” bathroom has a wonky toilet-roll holder and limescale on the taps. And that’s if you’re buying somewhere that needs “absolutely no work” (that was a big draw, for us, with this house); if you know that there’s some tarting up to be done then that’s a whole other ballgame again. It’s always five hundred times worse than you initially thought, when you arrive to the empty shell and see the extent of the rising damp or the rankness of the “original” kitchen or open the oven to be greeted with some sort of cremated alien species stuck to an ancient baking tray.

But anyway, it’s fortunate to be able to buy a house at all in this country with the ridiculous state of the market, so I’m not complaining, merely observing that things are never quite what they seem! When you view a house – unless it’s vacant – you view it with someone’s cosy life in place. We saw ours bedecked with the most incredible collection of vintage and antique furniture, fresh flowers in the hallway, huge paintings on the walls – things we don’t currently (might never!) have. When you eventually move into a house, all of that familiar cosiness is gone, and unless you’ve moved from a house that’s similar in size and style there’ll be a period of time when things feel a little thin on the ground. Cold. 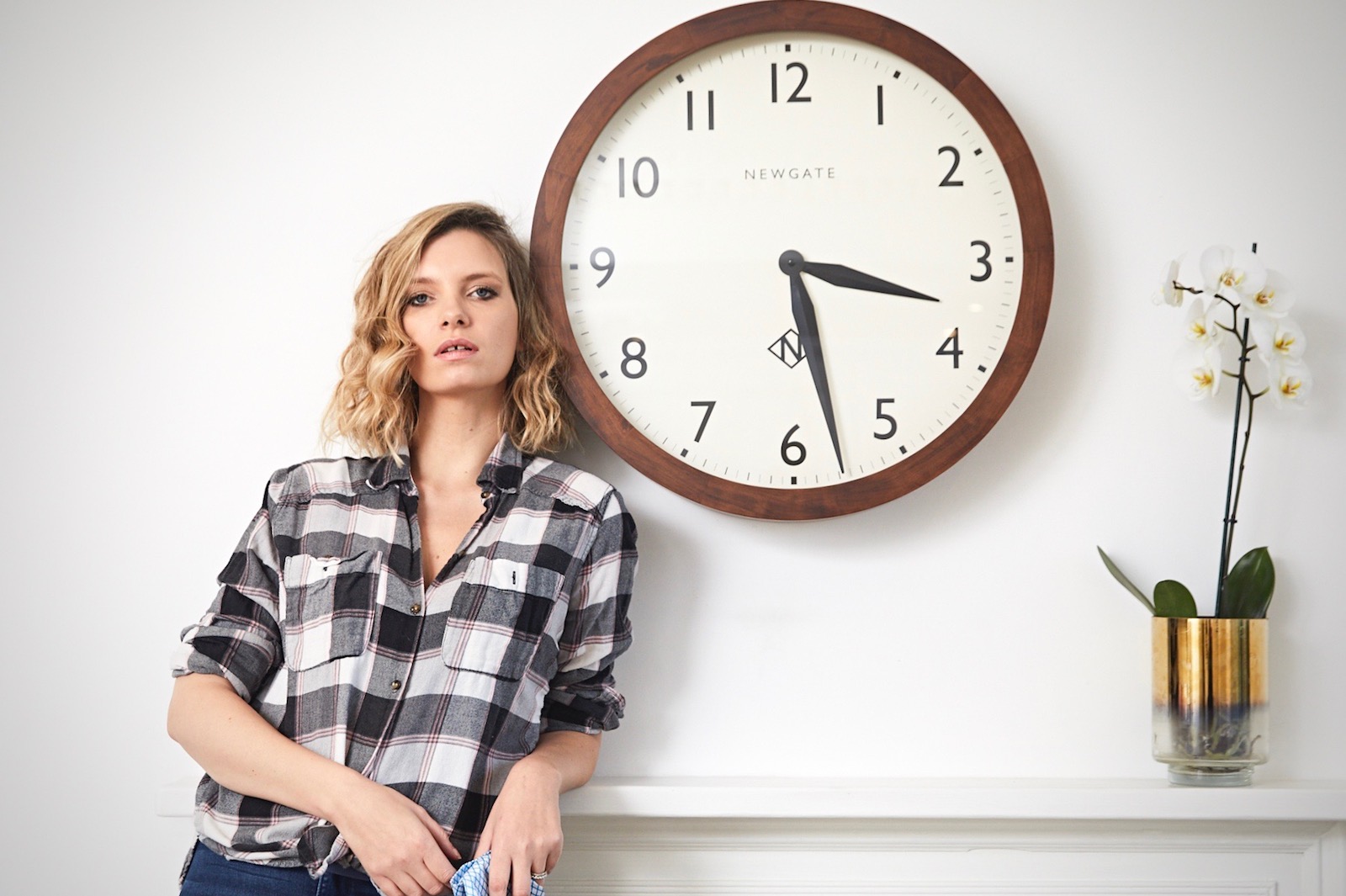 So it’s all quite sparse at the moment, apart from the kitchen (where we live about 98% of the time – we should move a big bed in, a la Charlie’s grandparents in Charlie and the Chocolate Factory!) and the utility room, which is perpetually crowded with baskets of laundry and boxes of things that need unpacking. But I don’t want to rush into things, even though we don’t need to really do any building work or decorating. I feel panicked, as though we need to finish it and have it all picture perfect, but really it would be a mistake to start buying things willy nilly. Because you have to live in a place for a while before you get to know it, and you need to get to know it before you start putting armchairs all over the place and scattering coffee tables about and choosing crazy wallpaper for the downstairs loo and making idiotic carpet decisions. Only when you’ve lived somewhere for a while will you know that the sun comes in through the kitchen window between 8am and 10.30am and creates the most glorious sun-trap right in front of the table. Or that the back bedroom is cold at night, or that the study is so cosy that it would actually be better as a smaller bedroom or nursery than a study, or that the stairwell gets dark so the lighting needs to be good and functional, not cool-looking and ridiculously dim, or that the floor in the hall gets dirty quickly so it’s not a good place for a light-coloured rug… (These are general examples, not related to the new house – our biggest discoveries so far have been that the top floor is about five degrees warmer than the rest of the house and that a dressing room quickly becomes the “dump all of the washed laundry and clothes you can’t be bothered to hang up” room. Lucky to have a dressing room, I’ve wanted one for the whole of my adult life, but I’ve realised that I’m so incurably messy I should be given less space, not more.)

But in the same way that I want to get to know the house, take my time with thinking about the interior design, read magazines and books and trawl the internet for inspiration, Mr AMR (my husband, to the uninitiated) wants to get things done. I want to make mood boards with my sister-in-law Ffion, who has a great interiors blog (read it here) and knows all the tricks of the trade; I want to dither about in carpet shops, flick through heavy books of wallpaper samples, create Pinterest boards. Get it all perfect. Mr AMR wants to saunter about wearing a tool belt, drill holes into things, turn the electricity on and off to do important (dangerous) things with the wiring. He wants to finish it all and he wants to finish it now. (Though he has been unbelievably handy with his DIY, so I must be careful what I say.) He has no patience for my Period Living dream house, where – in my imagination – I’m photographed curled up on a Chesterfield wearing cashmere leg-warmers, a pair of wire-framed spectacles perched on my head, one of those huge dogs (Wolf hound? Deer hound?) posed artfully at my feet. (I’d have to borrow one from the chap up the road, the cat would never tolerate another dog, especially one the size of a horse.) HA! 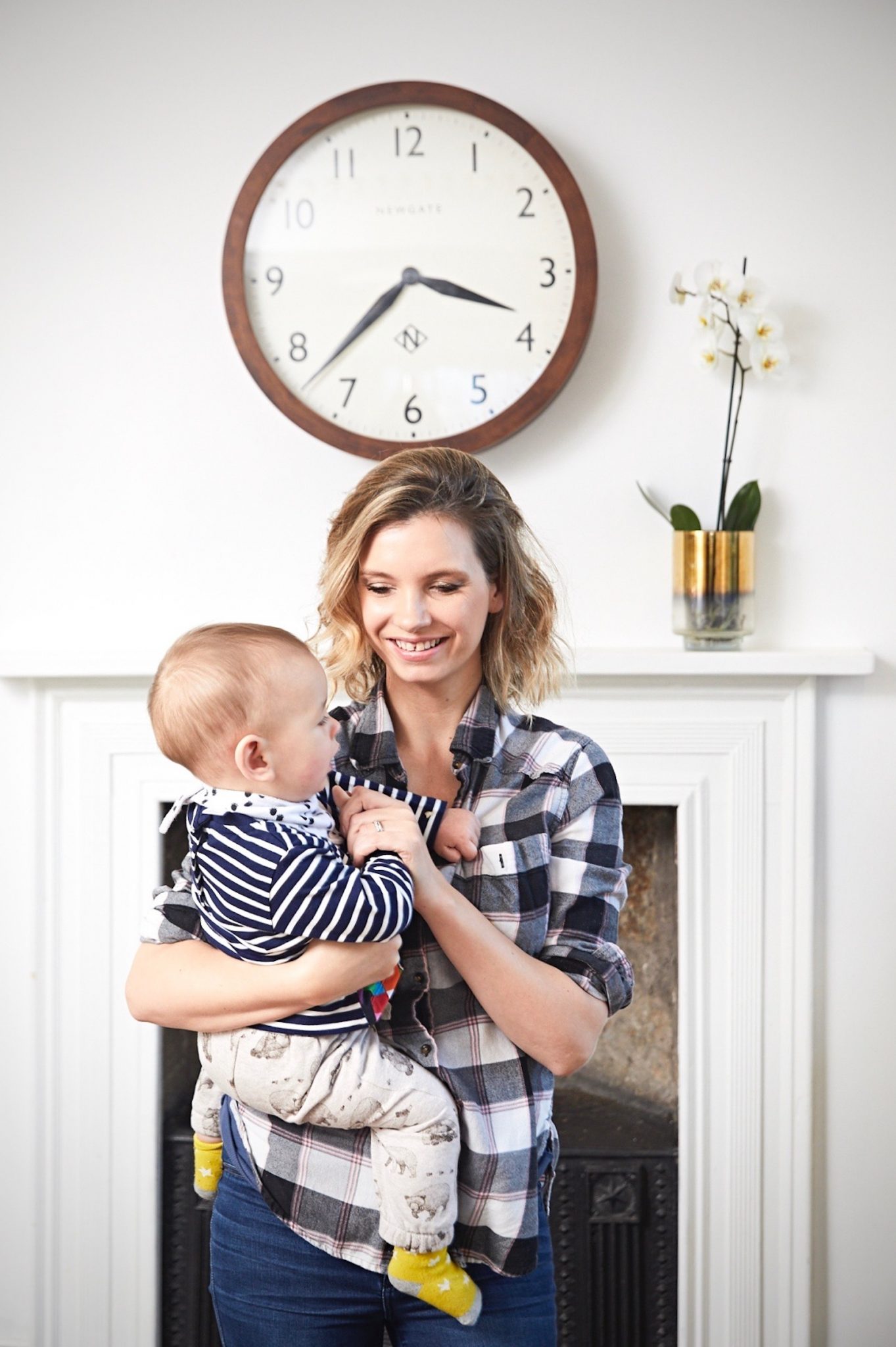 The worrying thing is that I’m only half jesting about the dream house thing. I’ve been imagining this house over and over again for around twenty years and now I’m in it I can easily live with blank walls and bare light fittings until I source my fantasy furniture and lighting and annoying, dust-collecting items. Perhaps I should just go with the flow, get the place feeling “lived in” and “cosy” (Mr AMR’s favourite phrases) but then I feel as though I’ll just lose the motivation and the initial, magical enthusiasm.

So what do you think? Are you the sort of person who would take their time with things, or do you like to get stuff done and dusted? I’m intrigued. Let me know. Having a toddler and a baby does naturally slow down house plans anyway – I can barely make decisions about what to have on my toast, let alone whether or not to have shelves built in the living room alcoves! – but I am so tempted to just contemplate things (aka sleep) for a while.

This post kicks off a whole new category on A Model Recommends, imaginatively called INTERIORS. I’ll be documenting my design decisions, doing some fantasy furniture shopping and hopefully posting up the mood boards I make and inspiration I find. So lots more to come, but do tell me if there’s anything specific you want to know. Within reason, obviously. Maybe I should do a Q&A video? If you think that’s a good idea (just thought of it, sorry to end with a load of activities for you to do!) then pop your question in the comments below.

Ffion’s interiors blog is here, if you’re looking for some new reading material to bookmark!

(Clock is the Billingsgate from Newgate Clocks – I bought mine from Heals here*. Update: it’s out of stock at Heals but on John Lewis here*.)