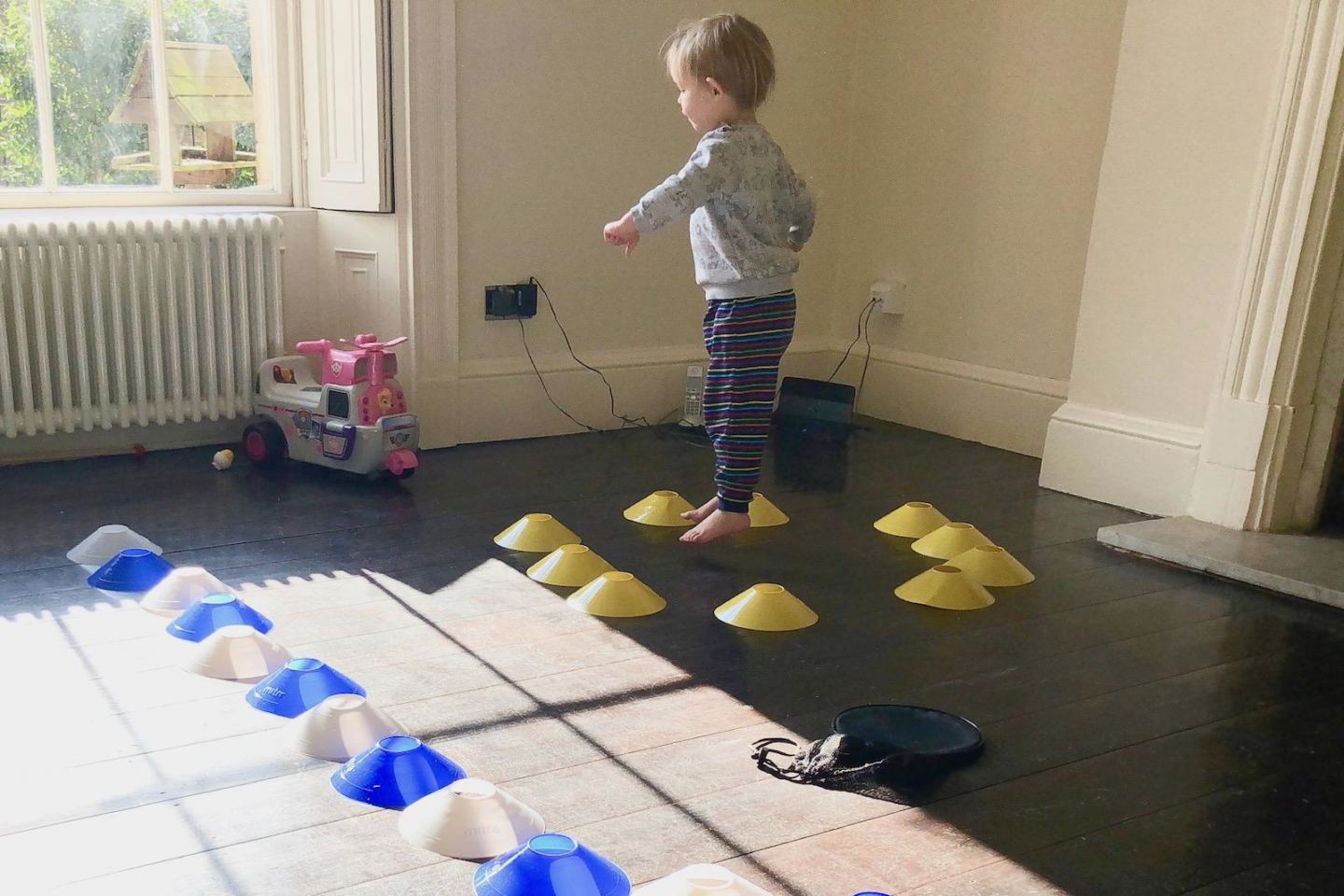 These sports markers give me such horrendous PE flashbacks; the gym teacher (Miss Lawton) barking instructions at us as we stood shivering in the cold, watching her jog along in her shell suit, throwing the coloured markers down on the grass as she went. 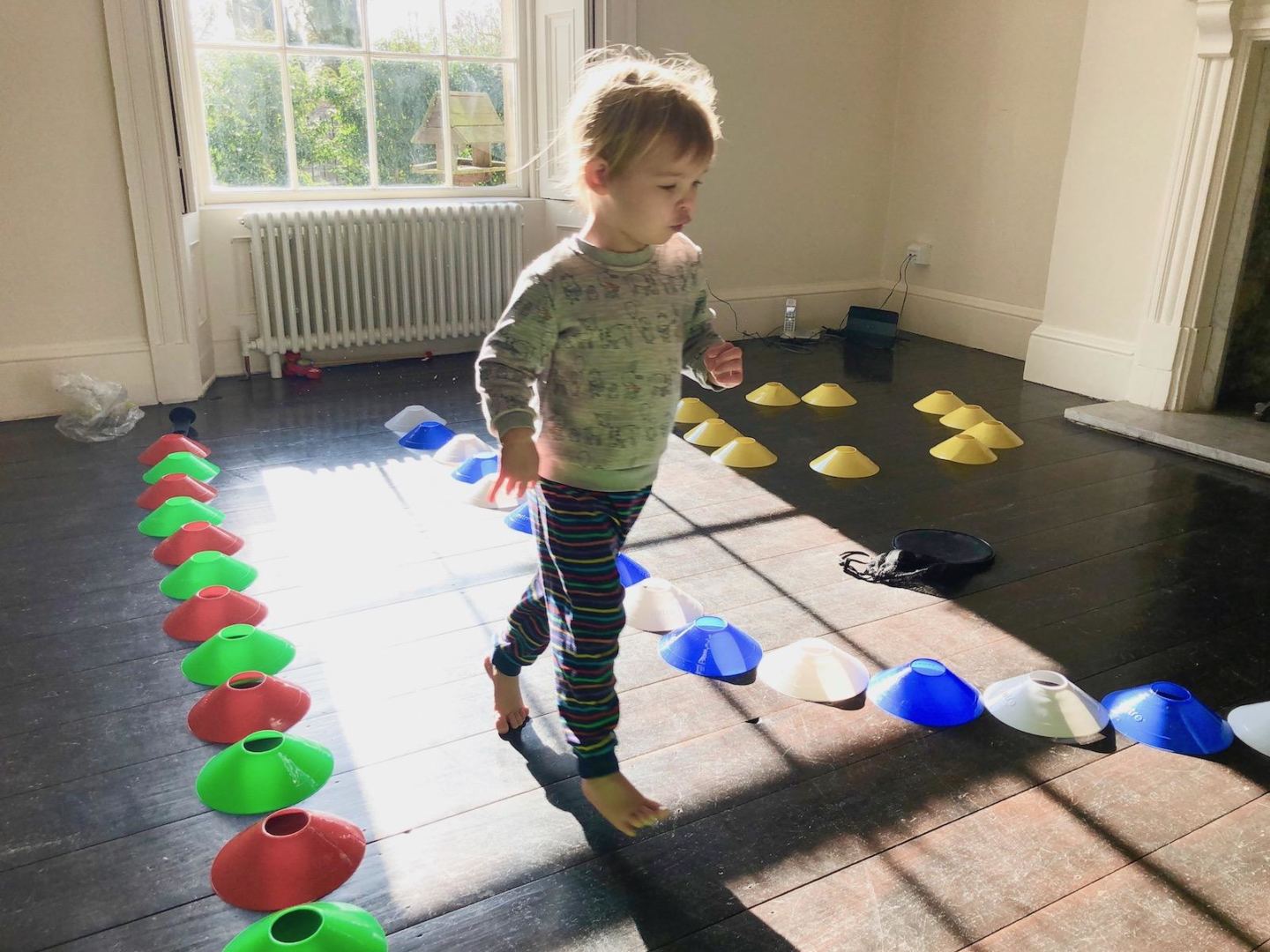 Anyway, these hideous and relatively inexpensive plastic markers turn out to be quite the star purchase. Despite giving me a mild form of post traumatic stress disorder, I have been using them multiple times a week to help burn off some of Angelica’s energy when it’s too cold to go outside. She loves a running game or a jumping game or a chasing game or all the sorts of games that make me want to wee myself (seem to have a pelvic floor issue developing, that’s another story!) but all of these activities are made far more fun by the introduction of the plastic markers.

Chase game becomes “chase through the maze” when we do wiggly lines of markers, races are much more interesting when you have to stop in the “magic blue circle” to do a series of leg stretches before being allowed to continue. Jumping over alternate white and red markers is much more engaging (and probably educational) than merely…jumping. 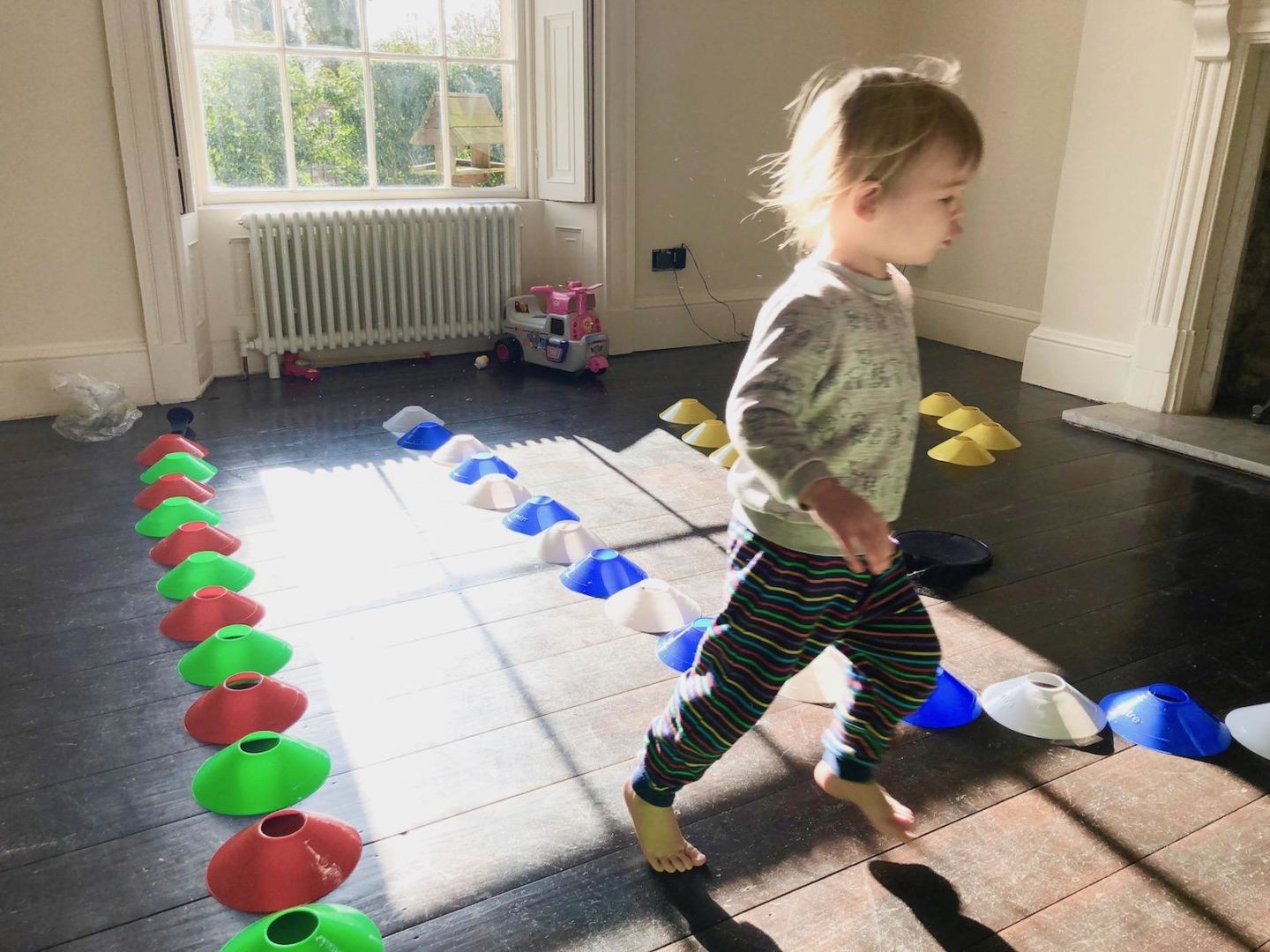 Look, there’s nothing particularly special about this stack of plastic cone-ish things (I mean, they’re not even actual cones! Just discs with holes in them!) but they do elevate simple energetic running games to another level. We’ve had race tracks in the living room, jumping courses in the snow and a long, wiggly worm of markers that was just a pointless, long, wiggly worm of markers. But it killed some time and burnt some energy! Which is basically my everyday motto. Haha.

I bought my markers from Amazon, can’t see the exact ones but these here* look pretty good. 50 markers, which is plenty to be going on with, and £13.98 which isn’t too shabby…