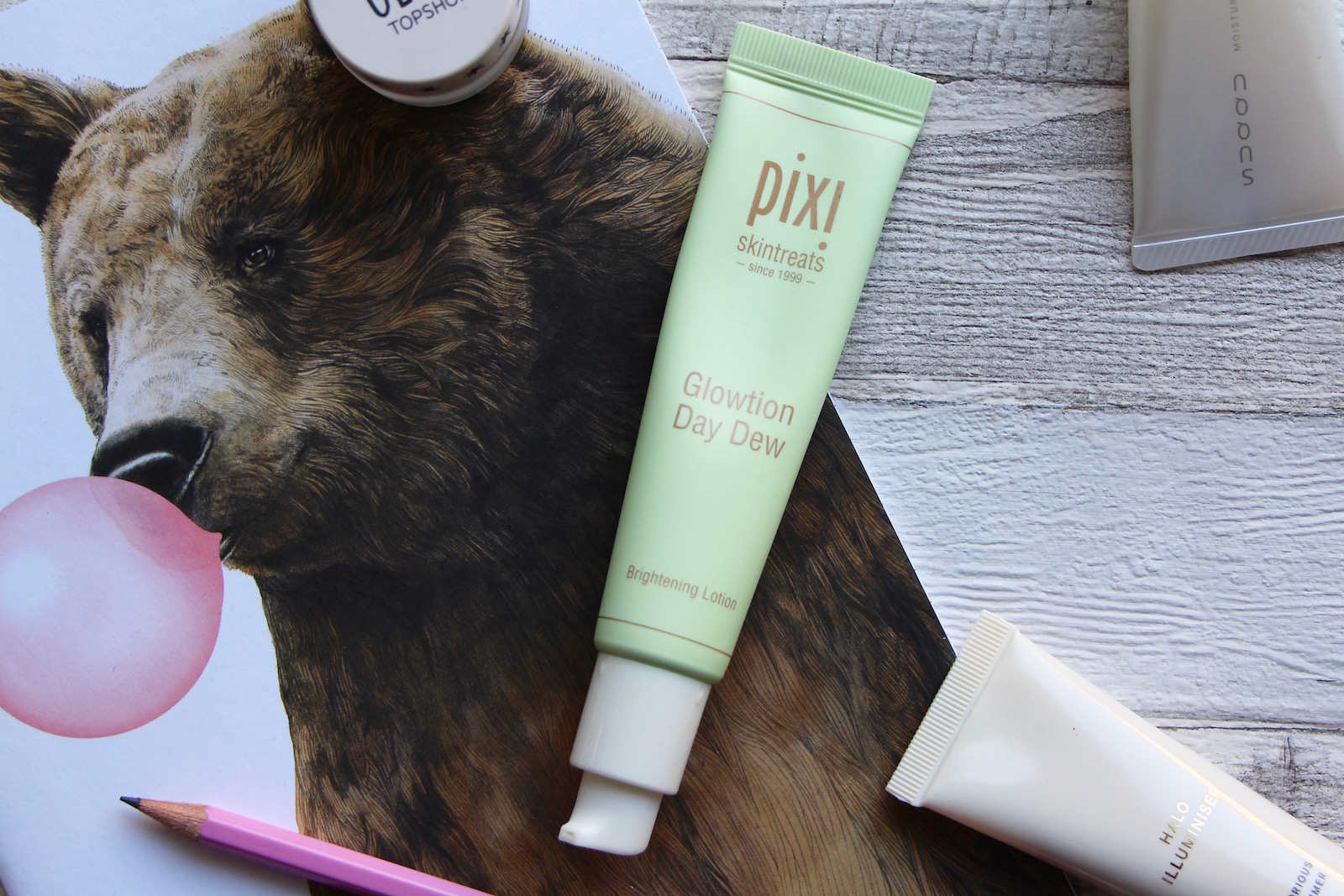 I said that I’d get back to you with my verdict on the Glowtion Day Dew from Pixi and here it is. I think, if I remember rightly, that I was pitching it as an alternative to Estée Lauder’s Wake Up Balm (review here) – a glow-giving skin-plumper that, on dull and desperate mornings makes everything seem OK. In the skin department, at least.

And do you know what? The Pixi Glowtion is a good alternative – it’s slightly cheaper, which is always a bit of a boon, and it gives a bright and healthy look to the skin whilst feeling lightweight and fresh to apply. It’s a moisturiser, I suppose, because it moisturises (and does that really well), but it’s also a skin perfector, helping to plump fine lines and create a more radiant, perfected finish. It’s not as “balmy” in texture as Lauder’s Wake Up Balm, but then it doesn’t pitch itself as a balm, it pitches itself as a “dew”. Don’t be fooled by this – Glowtion doesn’t feel cool or watery, it’s still quite balm-like, just not as cushiony as the Lauder one and with slightly less of a plumping effect.

In terms of actual glow, there’s a little more surface sheen with Pixi’s Glowtion – it’s almost on a par with Victoria Beckham’s Morning Aura, though not so golden in tone. I’d say it’s part-illuminator part-moisturiser, but it’s not so OTT that it has to be tempered down by a layer of face base – you can easily wear Glowtion alone and not look like an android.

So, in the Lauder vs Pixi race, which one do you go for? Well, I think that Glowtion is lighter and fresher and so great for all skin types, including dehydrated/oily, which is always a bugger to contend with. But if you prefer a richer, more cushiony feel and have older, more parched skin, then Lauder’s Wake Up Balm is more – er – balm-like. It has less sheen, so those with lots of fine lines might prefer the finish, though on the other hand, if you want a proper glow without having to apply makeup then Glowtion is your new best friend.

Both products offer superb levels of service when it comes to Crap Skin Rescue, especially if you’re looking for a one-step moisturiser and primer, but Glowtion does it more affordably. You can find Pixi Glowtion at LookFantastic here, £24, or you can bung it in with your ASOS shop here. Estée Lauder’s Wake Up Balm is £46 here – but do read my full review first, because it’s much more than just a surface-perfecting balm.