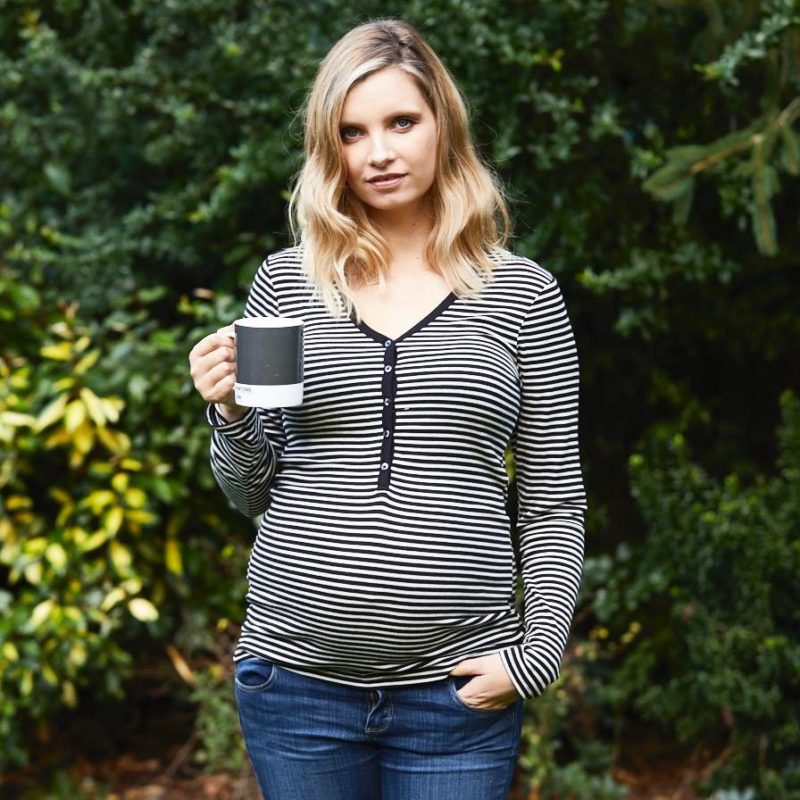 “Isn’t the rule supposed to be that the fatter you are, the more you step away from the stripes?”

Rude. But it’s true – the more rotund your belly/hips/arse, the more the rules dictate that you should keep clear of the horizontal stripe. Visually, it adds girth. Which is probably the real reason for ribbing on condoms. Ha. However, all of the rules go out of the window when you’re pregnant and especially, it seems, the stripes rule. Because approximately 99.98% of all pregnancy tops and dresses are striped – most popularly in navy and white, followed by grey and white, followed by white and navy. Yes, dear readers, when you become pregnant you also become, by force, a fan of the nautical theme.

I, for one, love the nautical stripe. It’s the one time that I can wear it on my top half and sort of embrace the fact that I look like a huge fantasy easter egg.

Here are the three stripy numbers I’m wearing on constant rotation at the moment: 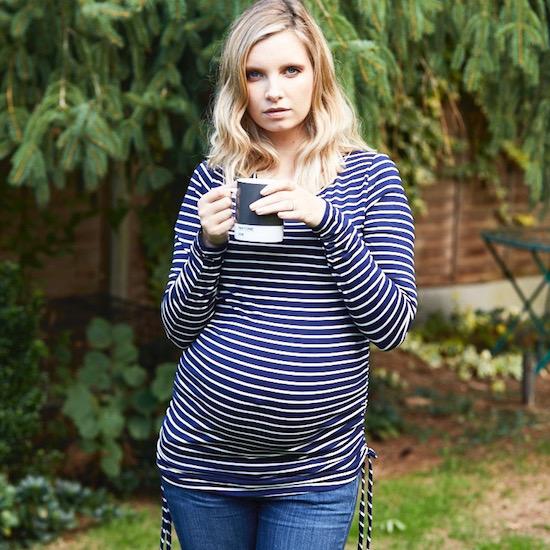 The Breton Side Gathered Maternity Top from Jojo Maman Bebe: £26 here. This is my favourite because it covers the top of my bottom, so with a long vest beneath it I can get away with wearing it over soft, comfy leggings. The side gathering is a lovely touch and the whole top is stretchy but with a quality feel – it will definitely still fit when I’m in the final pregnancy throes and looking as though I have a baby hippo on board. 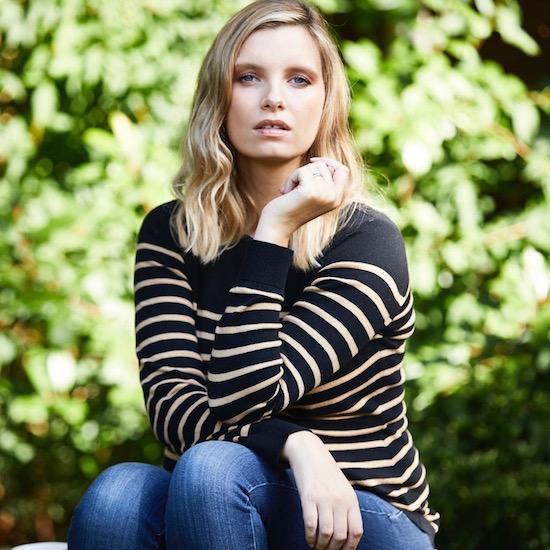 Another JJMMBB winner: the Breton Stripe jumper, £29 here. Comes in four different colourways and has a nice, breathable sort of feel to it. Very comfy. Needs to be worn with skirt of jeans, however, as it’s “normal” length and so (unless you’re a member of The Pussycat Dolls or similar) you would be revealing your entire leggings-clad bum if you didn’t layer it with something. And it’s sort of too neat and nice to ruin with OTT layering… 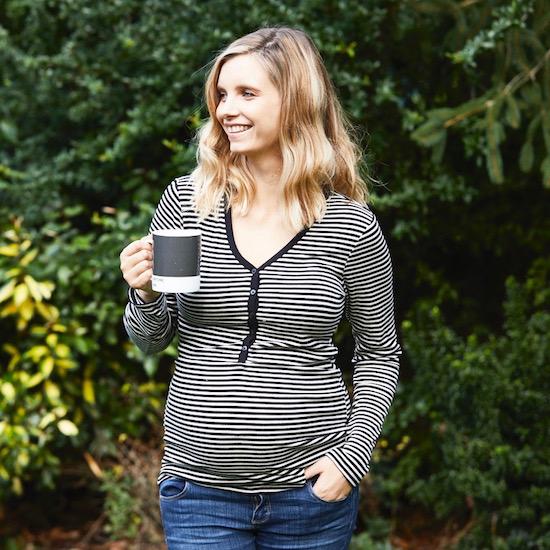 Now this one I can see being quite good for breastfeeding in, if I can get the knack of the fiddly buttons. It’s the long sleeve henley top from GAP maternity – £16.95 here, though I’ve just seen a 30% off code if you should want it, it’s NICEGAP. I do like the GAP tops for layering – the vests are brilliant and cheap, especially if you get a voucher code. I’m off to order more, as the husband wants to get some shirts and I won’t be able to resist a bit of maternity and baby clothes shopping as well!