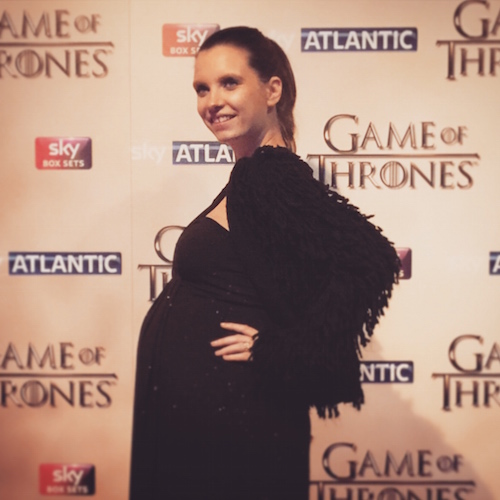 This week was the week when I started thinking sh*t, at some point in the not-too-distant-future, I’m actually going to have to give birth. I wasn’t actually going to start thinking about birth just yet, because twelve weeks is a fair old amount of time to get used to the idea, but my Zita West book doesn’t really talk about a hell of a lot else in the “third trimester” section – there’s a bit about nutrition and some of the niggling aches and pains you might start to get, but then it’s straight onto things like baby head positioning and how to get everything going once you’re keen for labour to start.

To be quite honest, though, my major preoccupation has been with my housing circumstances: I’m feeling very unsettled and angsty about the fact that we might not HAVE a house to live in until just before my due date. And even then, it wouldn’t be finished – just the upstairs, with a kind of rudimentary kitchen set up whilst the rest of the house is finished. We have to move out of our temporary house in mid-May and there’s nothing else on short-let, so I’ve been researching the birthing options near to my Mum in Worcestershire, just in case we find ourselves landing on my parents at the last minute! (Which I think my Mum might secretly love.)

I’ve also been starting to realise my physical limitations this week: as I race-waddled down Carnaby Street, hefting four bags and freezing cold (I had forgotten my coat – how does one even do that?), it finally hit home that I can’t actually live life at the pace I’m used to. Running up the escalators isn’t an option (my balance is terrible at the moment, besides it puffing me out) and negotiating crowds of people with a bump just isn’t fun. I need to slow down and stop trying to cram a hundred things into the day – from now on, I’m on an official Go Slow. Or at least a Go Slower. I scared myself silly on Wednesday because I didn’t feel the baby move all day and then went to the Game of Thrones Season 5 Premiere (photo above) and sat there waiting for the show to start for two hours and it still didn’t move! I was convinced that I’d done too much during the day and not drunk enough water and that I’d somehow upset the baby. Funnily enough, as soon as I quietly sat in the car and relaxed, the kicks began. But it was definitely a little wake-up call – if not actually from the baby, then just from my own sub-conscious – reminding me to look after myself.