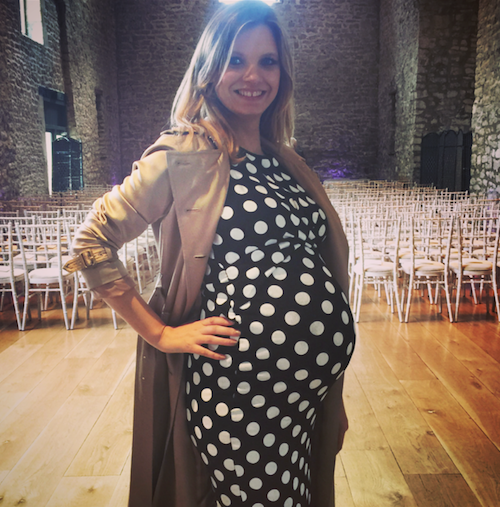 When doctors fill you with confidence…

“I’m not sure which way the baby is lying, I’m afraid, I’m not much good at this!”

In the words of Ace Ventura: alrighty then. What are you good at, Doctor? I hope we’re not, by some random hand of fate, stuck together when I give birth. I get the feeling I’d have to be quite self-sufficient and just get on with things. But then I suppose it is understandable that a GP might not be totally au fait with maternity stuff, seeing as though most checkups are done by midwives, these days. Isn’t it? I’m trying to be nice and give him the benefit of the doubt!

I still can’t really understand why I have to do this rigmarole of attending the GP surgery for every other appointment; the midwives say it’s just how they do it in my area, but unfortunately the area that my GP surgery is in have no clue about this shared care business. They just send their maternity patients to the midwife, unless there’s something wrong with them or they are “high risk”. I’m classified as low risk and have probably had less medical complaints during this pregnancy than when I wasn’t pregnant! I’ve felt fit as a whistle, apart from the rib ache/bra situation. No swelling, no backache, no infections…. The doctor almost seemed disappointed that there was nothing to jot down in my notes. And I feel ridiculous when I turn up there and have to explain that there’s nothing actually wrong with me, it’s just some kind of rule that’s been made up that I have to see the GP every month…

Anyway. You can’t fuss about these things, though I know for a fact, also, that he wasn’t listening to the baby’s heartbeat through his machine, it was an artery! I know this because the last GP – who was very good at all of the maternity stuff – spent ages telling me what to listen out for. My own heartbeat, the sound of blood flowing about and then the baby’s heartbeat. I didn’t want to say anything to this GP because I would have sounded like a right know-it-all!

Not long to go now, at any rate, and then I can listen to the heartbeat any time I want. All the time, probably, like some weird obsessive. I may even buy a stethoscope! That would be a weird first baby purchase, wouldn’t it – never mind the clothes, cot, car seat and pram – I’m off to buy some medical equipment so that I can sit like a madwoman and monitor various things! (Is a stethoscope actually for heartbeats, or is it for breathing? Or both?)

On the subject of baby stuff: I have bought nothing. We tested out some prams in Mothercare the other day, and I did like the Bugaboo ones because they were so light but that’s about as far as we’ve got. I think that the fact we’re on the move (twice) before my due date – and not back in our real house until the end of June – has made us a bit wary of thinking too far ahead. Whereas it would usually be easy to get carried away, buying all sorts of things that we probably wouldn’t need, we are very conscious that it all has to be lugged about and stored somewhere, so my current list of things I need stands at this:

Everything else can wait until after the birth – it’s not as though you’re ever that far away from a Mothercare or a John Lewis or what have you, is it? I mean, if you lived on a remote island, then you’d need to be stocking up on things, but so long as I have everything I need for the first few days or week then I’m happy. I have nipple cream a-plenty (thanks various beauty brands!) and I’ll make sure I have some frozen peas for the old “area”.

Sorry if this post is a bit of a mish-mash: I’ve been at a wedding today and just got back to my hotel room. I’d like to re-edit it all and make it into some kind of coherent story, but I’m so tired and it’s really hard to type when you’re lying almost fully horizontally! And I don’t want to leave it any later to publish because then I’ll be 33 weeks pregnant and the whole Pregnancy Week 32 thing will be a complete farce… You can see what I wore to the wedding in this week’s photo – the dress is ASOS Maternity, the coat is Burberry. I’ll probably do a proper outfit post over on A Model Recommends, so keep a look out for that.