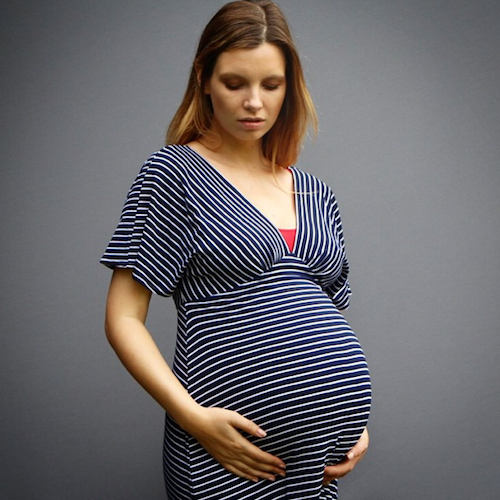 Crikey! Full term. I’m 38 weeks tomorrow and – as all and sundry keep telling me – the baby could come at any time. It had better not, though, because I still have loads of work to do! I reckon by Wednesday I’ll be done and dusted and ready to relax, but that goalpost has already moved from last Friday, so we’ll see!

The week has been dominated by another house-move; we are now in holiday let number three, an old renovated barn in North Essex. Plus points: nice garden, OK-ish internet. Minus points: no dishwasher, a small double bed (hello?! I’m the size of a small double bed if I turn on my side and then there’s still poor Mr AMR, all six feet whatever!) no bath, and a twenty four mile drive to the birthing unit.

The “drive to the birthing unit” thing has become a bit of an issue, if truth be known. With no traffic, we have done it in 35 minutes. But with traffic, say I was unfortunate to need to go in rush hour, we reckon it’s more like 55. Has anyone done a 55 minute journey in labour? Tell me how long your journeys were – I’m getting a little obsessed! I know that first babies often take their time coming out, but what if we left it too late? What if we got to junction eight and the head was on its way out? Oh my God. It doesn’t even bear thinking about. I’d have to call the baby Audi. Which I suppose has a certain ring to it…

After a pretty uneventful second and third trimesters, in terms of symptoms and ailments (main ones were very achey ribs and a twitchy bladder but on the whole I got off very lucky), I have had a week of weird happenings. First of all, some “weird spells” where I feel really faint and my hands begin to shake. My results for the Glucose Tolerance Test all came back fine, so I don’t think I have anything specifically wrong with me, I just need to remember to eat more frequently. Which I’m rubbish at. I haven’t felt particularly hungry throughout the whole pregnancy, but now I feel as though my body is asking for a bit more fuel and so I’m trying to break things down into smaller, more frequent meals. Loads of snacks, basically. Second annoyance: foot swelling. To be fair, it’s not at all severe and so I’m not going to whine about it, but on Friday all of my shoes were in my suitcase and I wore UGG boots all day, striding about moving house, and my feet ballooned into fat oblongs, the toes like twisted bits of skin sticking out at the end!

The swelling hasn’t been so bad since – I’ve been wearing flip flops and keeping my feet nice and cool. And trying to drink more water, though that has the obvious knock-on effect of forcing me to have a wee about every thirty-two seconds.

Classic comment from a lady I hardly knew: “I know you think that everything is going to be fine, but so did I and I ended up with an emergency C-section.” Tumbleweed. I don’t think I even replied.

Brilliant moment of the week: buying two packs of newborn Pampers at Tesco and feeling really grown-up and Mum-like. I threw in a couple of packs of wipes, just to make myself feel extra-convincing. The fact that I then made a really inappropriate joke about a courgette kind of spoilt things at the checkout, but hey – I’m just a learner!

Right. I have loads of additional posts this week – mostly about bras and clothing, but maybe something more profound if I can find the emotional energy. I know I still really need to do my whole “pregnancy and fertility journey” post/s, but every time I sit down to write I get a total panicky block about how to start. But fear not; this blog will continue in its new incarnation as a baby/family-stuff blog once the little one has made an entrance and so there’s plenty of time to get things down on the page. I hope that for now, people who are trying or struggling to conceive can perhaps take a bit of positivity away from the fact that I never thought that I would be sat here, fully pregnant and ready for a baby to arrive, but here I am. It can and does happen – all of the time – no matter how pessimistic or helpless you feel. And the funny thing is that since I’ve openly talked to other people about how I felt it would never happen, so many friends and colleagues and readers and viewers have shared their own experiences. It’s something that quite often you don’t want to talk about, because it’s so sensitive and it really hurts, but knowing that there are other people out there in the same boat is a great comfort, I think. Anyway, I shall try to put some words together soon – and I look forward, as always, to your comments.

*dress in this week’s photo is the Celia Maxi Dress from Tiffany Rose.