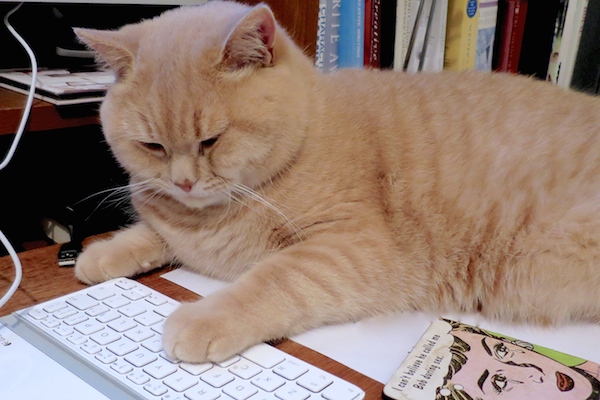 I’m just doing a spot of admin again, trying to iron out the very last of the email subscription problems. (I know that the photo shows Mr Bear seemingly undertaking the admin work: I can assure you he’s not. Though he might do a better job than me, come to think of it – maybe I should hand over the reins! I’d have to get him a bigger keyboard…)  The good news is that literally thousands of people who previously weren’t receiving my emails are now happily reading the Daily Fix as they eat their breakfast/sit on the train/pretend that they’re doing work at their desks. Welcome to the morning madness, those who are new to the Daily Fix fold!

The bad news is that some people, a very small minority, didn’t receive the new email when it sent for the first time yesterday. Now I think – think – that this has something to do with they way that certain email servers deal with this particular type of newsletter. After a bit of tweaking, it should now be fine; if you were previously getting the old emails then you will hopefully see the new one too. Don’t worry, this is the last time you’ll get it in duplicate, I’m shutting down the old system later on today. (Eeek.)

If you have tried to subscribe but received no email back from the system, then that too should now be fixed – you can try again by clicking here or using the form that’s in the website sidebar. Apologies once more; I’ve been meaning to fix this for ages but it was a bit of a mammoth task!