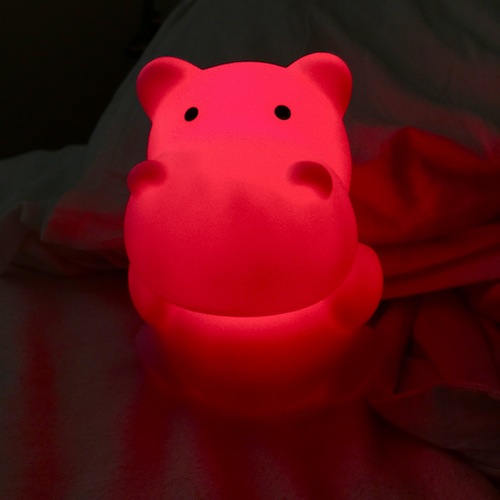 I know that this is really unfair, and I hope that he doesn’t read it (and indeed that at least one other person feels this way, otherwise I’ll look like a total bitch!*) but I sometimes feel really resentful when I’m doing a nightfeed and my husband is fast asleep. There’s nothing worse than being awake (and knackered) when other people are sleeping – whether you’re kept awake by their snoring, or you just have loads on your mind, or you’re on “baby duty”, which is every night if you’re breastfeeding and (I imagine) still most nights of the week if you’re not. If you’re really so tired that your head hangs forward as you latch the baby on, and your eyes feel dry and itchy as you try to focus on your Kindle or the Daily Mail app on your iPhone (don’t lie, we all have it secretly stowed away on the sixth screen!) then having someone sleeping peacefully next to you is just the worst feeling!

(*disclaimer: I write this with the upmost respect and love for my amazing husband, who does literally everything else that needs doing in our lives save for the breastfeeding part. Which obviously he can’t do. This post is supposed to be tongue-in-cheek: I shouldn’t have to point that out, but I will. Just in case he’s reading.)

I’m not the kind of person who would usually wake up someone else just because I was a bit grumpy and resentful but the other day I overheard a phone conversation that made my blood boil! Husband talking to friend he hadn’t seen since pre-baby:

Friend: so how’s it going, with the baby and everything?

Husband: oh, fine, she’s no bother at all. Sleeps through the night.

Shamefully, here is a little rundown of what I do when I’m having a resentful kind of night. Don’t pass this around, I’m not proud.

1) When the baby starts stirring, I pretend to be fast asleep for a bit just to see if the noise will penetrate my husband’s Man-Sleep-Shield. It doesn’t. Man-Sleep-Shields can only be penetrated by the noise of a) shattering glass, the sound of which causes them to jump vertically out of their bed in their underpants, instantly ready for the burglar confrontation episode that they have been genetically prepared for since the age of twelve; b) idling engines – again, see burglar confrontation and c) the sound of the bin men coming down the road. Because every single week they go to sleep knowing that they haven’t done the bins. And that if they miss the bins in the morning there will be BIG trouble.

2) When I have to move positions in the bed for optimal breastfeeding success, I jump my bottom up the mattress about six or seven times in the hope that it will somehow dislodge my husband from his man-sleep. It never does. He could literally sleep through an earthquake. Similarly, when I tie on my breastfeeding pillow I allow the tie-cords to sometimes pass over (gently whip) his sleeping face.

3) When I turn on my Kindle, I shine the screen over his head a few times like a searchlight, just to see if his anti-burglar reflexes will be stimulated. Nope.

4) When I start to feed the baby, I encourage her to lay her feet on his head so that if any little bits of enthusiastic kicking occur, they will be well-directed and not wasted. So far, she has never done a little kick in the night, she’s usually in a kind of half-conscious milky slumber, but there’s always hope.

If this sounds terrible then you only have my Mum to blame. She solves the man-snoring issue by pinching her husband’s nose until he can’t breathe and wakes himself up. Ha! Anyone else suffer from the occasional Night Resentment Episode?