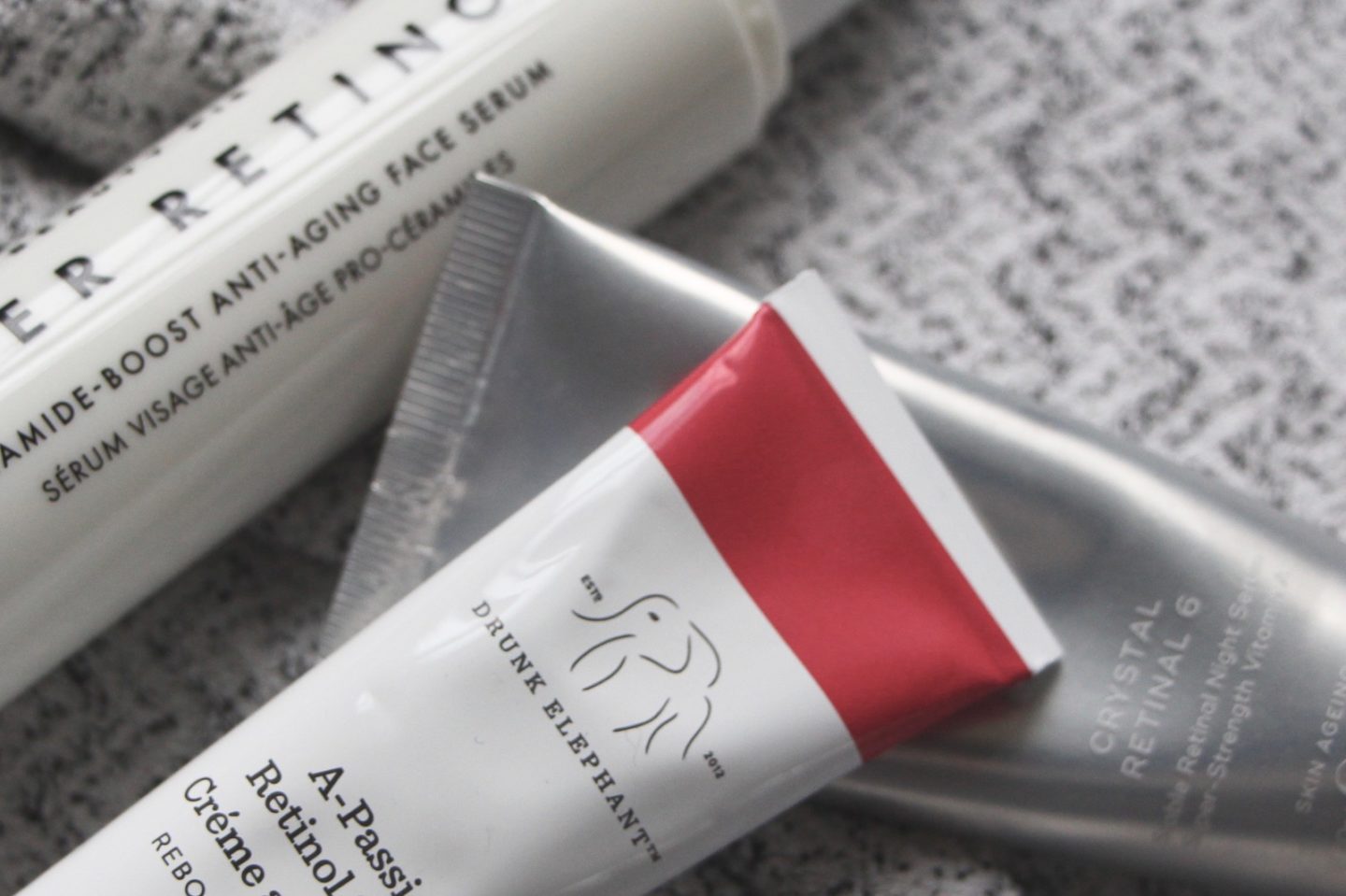 I royally overdid it on the retinol-testing front over Christmas and New Year. Most people overdo it on the food and booze, but not me; I prefer to live life more dangerously and become the world’s most idiotic guinea pig. This guinea pig went in all guns blazing – squeak squeak! – and tried out a relatively high-powered retinol cream, neat, on four consecutive days, without reading the instructions properly.

My face pretty much fell off. It was Face/Off starring Nicholas Cage and John Travolta but with a special guest appearance from Ruth Crilly. Flaking, peeling, itching – I thought I had sunburn except that I hadn’t been in the sun. I thought that somehow I’d scorched my face opening and closing the AGA ovens when I was cooking Christmas dinner. (World’s most idiotic guinea pig actually Googled to see whether that was a possibility. It didn’t occur to me that I might have been enthusiastically basting myself in something that should probably be used quite carefully and in small amounts.)

Baby steps is what A-Passioni would have no doubt preferred; A-Passioni might have liked being buffered with a bit of face cream and given a cautious tester session on an inconspicuous area of skin. A-Passioni would no doubt have appreciated being diluted down a little and maybe only used twice a week for the first week instead of four whole days on the trot.

A-Passioni should have been treated like a girl in a Jane Austin novel who’s coming of age – sent to a few dances, taken to a couple of tea parties, pulled back from society for a day or two in between each outing to avoid overexposure…

I basically sent poor A-Passioni to a debutante ball wearing nothing but crotchless pants and a sex harness and got Brian Blessed to announce her arrival through a megaphone.

Oh dear. But at least this face product actually does something. Which is one in the eye for Mr AMR who likes to proclaim, regularly, that beauty products don’t do anything whatsoever and it’s all in my head. This opinion based on a documentary he watched in 1986 where a scientist said that all serums were just washing-up liquid in a tube and that they simply tightened your face to get rid of the wrinkles.

Not that the aim of retinols is to make your face itchy and flaky; retinol is something of a skincare superstar, really, hence all of the commotion surrounding it. It tackles multiple signs of ageing and does this very well indeed – fine lines, deeper lines, loss of brightness, uneven skin tone, scarring, acne, there’s pretty much nothing it won’t at least attempt to fix.

But it can be also be skincare dynamite, depending on how it’s used and at what strength. If you have no experience with it then it’s wise to be relatively cautious and follow whatever retinol product you’re applying with some kind of buffer – a rich-but-gentle face cream like CeraVe’s moisturiser or any of the sensitive skin creams from La Roche-Posay. Do this once and then leave it a few days before gradually increasing the frequency of the application and reducing the amount of cream you buffer it with.

It sometimes surprises me how many potent products there now are in the mainstream beauty offering. Acid peels that would just about strip paint, Vitamin C serums that will have you glowing as orange as an Oompa Loompa. For the people who have been out of the beauty loop for a few years, it’s almost terrifying how effective many of the (easily-obtainable, actually quite affordable) products are all of a sudden.

Proceed with caution, is what I say. With all of it. Peels pads, AHA toners, resurfacing serums, they work absolute wonders to brighten and smooth but if you’ve never used them before then start slowly and tentatively; imagine the skincare equivalent of trying to cross a creaky floor without waking a sleeping baby. It’s better to take it slowly, feeling with your toes in the dark for impending dangers – squeaky toys, animated battery-operated crabs, pieces of lego – than try to make a run for it all in one go.

Question, one that I’ve had on my mind for a few years now: do you think that products containing acids and retinol at a certain strength should have some sort of universal sign on them to make sure that people read the instructions? Not like a skull and crossbones sign or anything negative, because these are wonderful ingredients that give great, accessible, affordable results…but something else. The explosive emoji, perhaps – something positive but eye-catching enough to make people take note?

Because I do wonder what happens when someone with absolutely no beauty knowledge whatsoever goes home with some peel pads they’ve picked up, or an acid toner that they then use twice a day every day because they’ve replaced their normal, “so-inactive-it’s-basically-water” toner with it. You’d like to hope that people would read the blurb but I’d wager that many people don’t. Ahem… 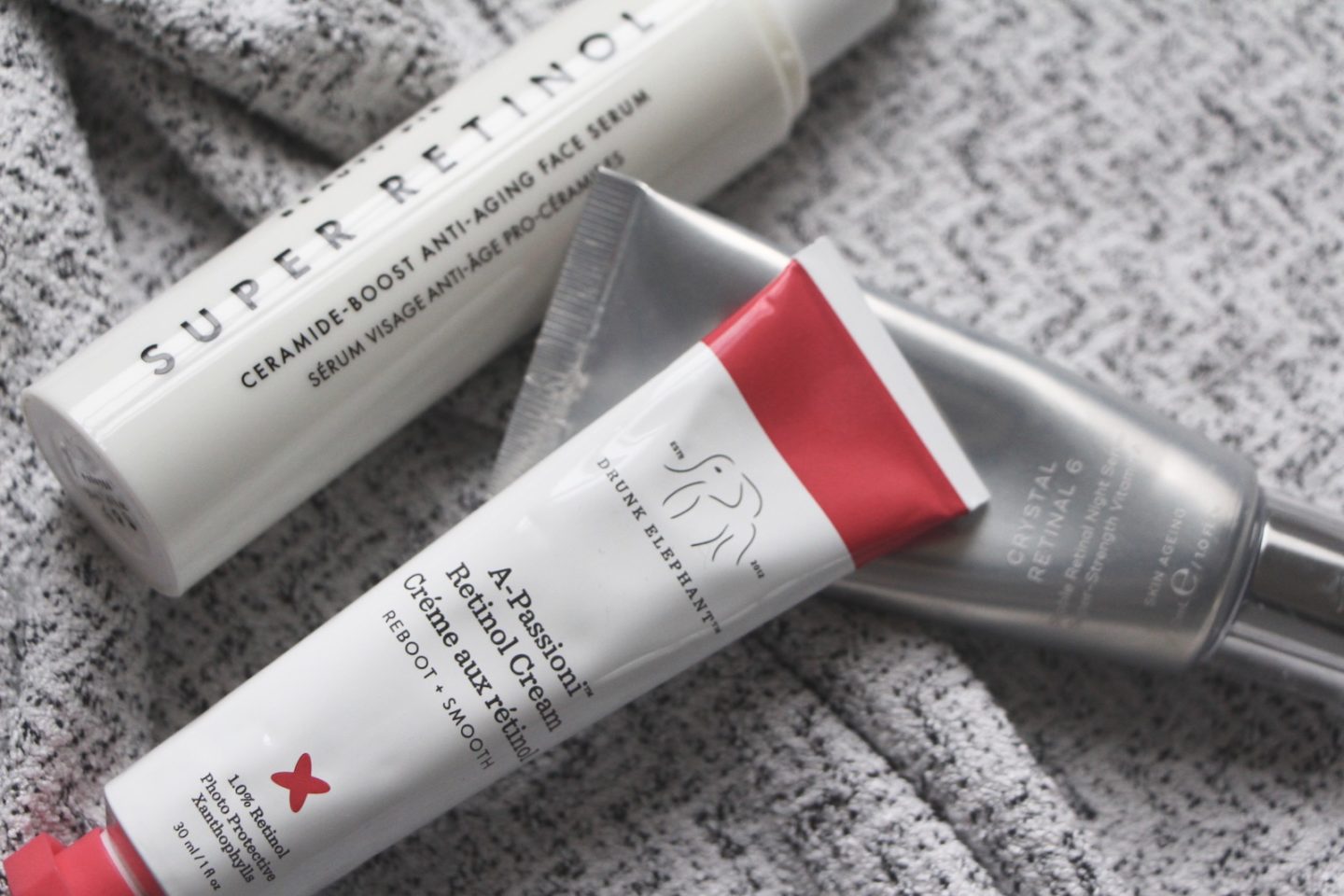 Anyway, I’ll be back with a full review of Drunk Elephant’s A-Passioni* because it’s excellent, very effective stuff and I don’t think I’ve yet discovered its full potential. Apparently you can mix it with Drunk Elephant’s Vitamin C to form a knockout daytime serum and then mix with the brilliant T.L.C. Framboos* at night to form a supercharged night treatment…

I’m treading carefully at the moment because my face still feels a little fragile, but watch this space. I’m not sure whether it can get much brighter or smoother but I’m always up for a challenge… 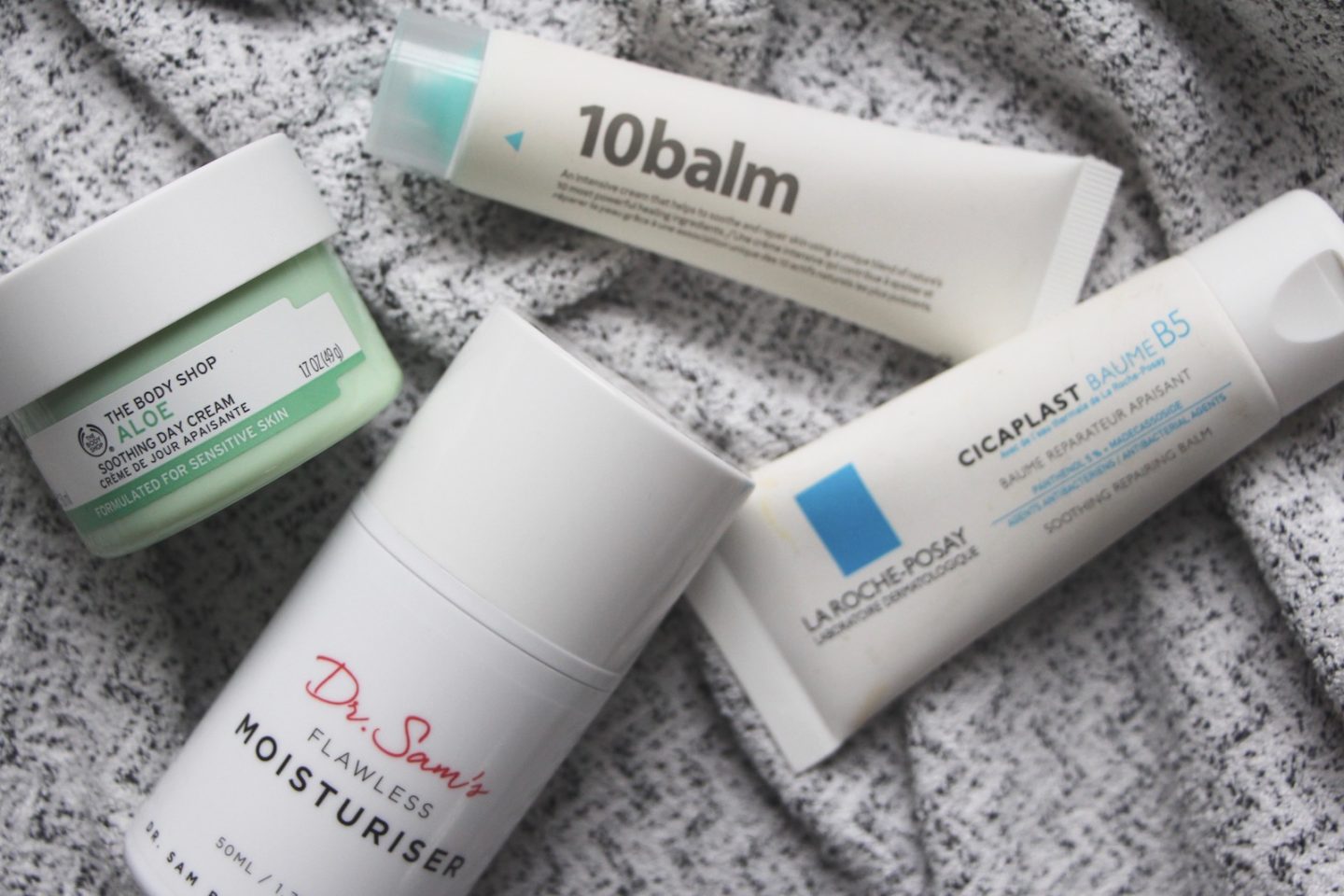 By the way, my best face-fixers when my skin was at its most angsty were the 10Balm from Indeed Labs (find it here*), the Cicaplast Baume B5 from La Roche-Posay (here*) and the Aloe Soothing Day Cream from The Body Shop (here*). I’ve also been testing out Dr Sam Bunting’s new moisturiser and though it’s not specifically targeting sensitive skin it’s actually incredibly gentle and has an almost matte finish, despite being nicely hydrating. You can find that online here.