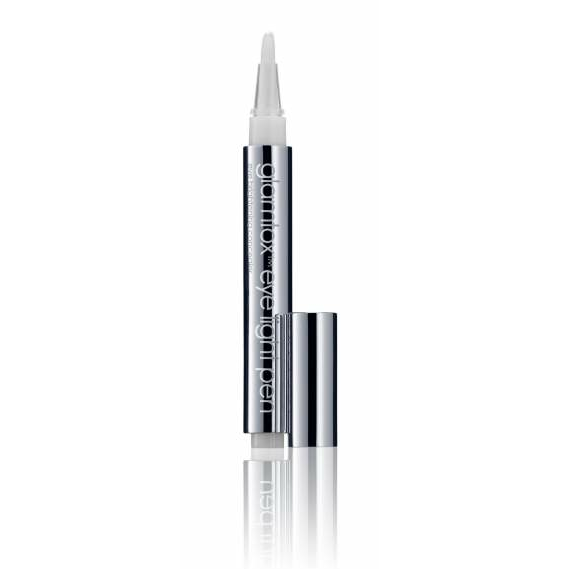 Because I couldn’t quite believe that I hadn’t already written about this Rodial pen I searched my archives for any mention of it. Do you know what I found? Three draft posts, all written on different dates, each starting with “I can’t quite believe that I haven’t already written about the Rodial Glamtox Eye Light Pen.” How funny is that? Obviously not wee-in-your-pants funny, it’s one of those ‘you’d have to have been there’ moments, but it nevertheless goes to illustrate just how many times I have faltered when writing about this product. (Or it illustrates that I’m losing my mind. One or the other.)

It’s the price, you see. The Rodial Eye Light Pen, which is an undereye concealer and illuminator, is £36. YSL’s Touche Éclat comes in at over £10 cheaper for the same amount of product (2.5ml). I’ll go out on a limb here and say that I actually prefer the Rodial Glamtox to Touche Éclat as an undereye ‘fixer’, but still – there’s quite a price hike going on here!

Why do I prefer the Rodial to the YSL? I find it more suitable for the undereye area. It’s more subtly illuminating than the Touche Éclat which means that it doesn’t reflect light away from the undereyes at some bizarre and -frankly – scary angle. The number of women I see with great halos of light beaming out from their eyebags is beyond belief – the problem is that when you’re putting on your makeup you usually can’t see it. People use it as a concealer – instead of a concealer and it’s just too reflective, in my opinion. On a shoot, in a controlled environment where a whole team of people are watching out for lighting and shadows and makeup blips, it’s a wondrous product. It can really make the skin look perfect and flawless and bright. For daylight wear? Not so much. Or at the very least, you have to tread carefully with it!

The Rodial is more concealer than highlighter, but it’s a sheer concealer, one that I layer over a proper, circle-hiding formula. It’s a final touch if I’m doing full makeup, or I apply it straight over eye cream if I’m having a day off. It’s quite moisturising if you want to use it straight onto cleansed skin, but I feel that it sits better over moisturised undereyes. You can just pat it in lightly with your ring finger and it looks flawless. I haven’t had any issues with the Glamtox pen looking chalky or settling into fine lines which can often happen with the sheer liquid concealers, but I don’t find it particularly long-wearing either. Fortunately, it’s one of those products that is a cinch to reapply over existing makeup, so it’s a nice one to carry about with you for instant freshen-ups.

I can’t think of anything that I don’t like about Rodial’s Eye Light Pen apart from the price – and the price isn’t that extortionate considering some of the things I end up falling in love with! I used to buy Touche Éclat by the boxful from duty free, and it’s still very much a skin-perfecting classic, but I think that Glamtox beats it on the undereye brightening.