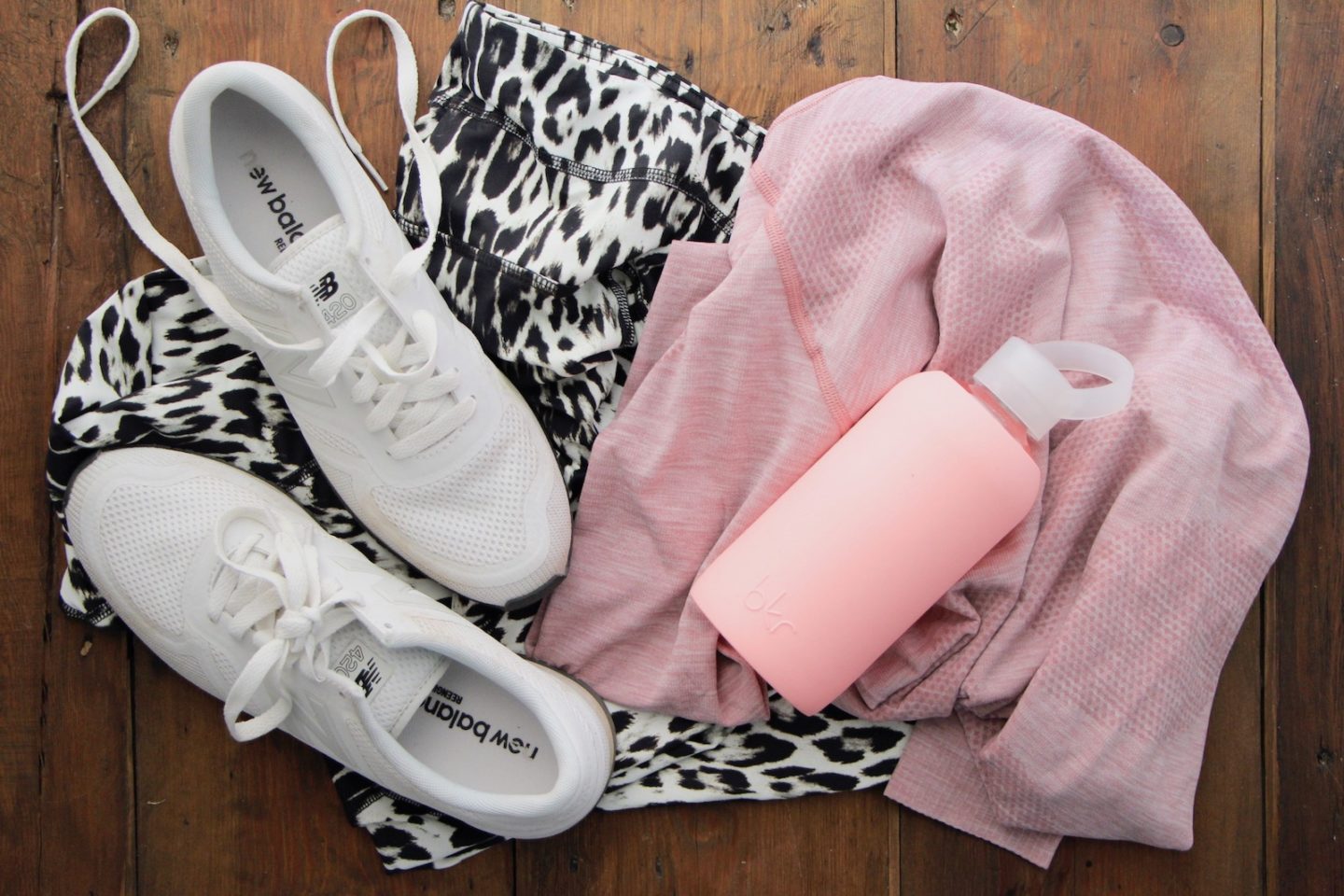 I did some exercise yesterday and thus ended the fitness dry spell I’ve been enjoying for well over half a decade. I can account for around three years of that dry spell (pregnancy, new baby, pregnancy, new baby) but I’m not quite sure what I was doing for the years at either end. I think that in the year pre-baby the lack of exercise was probably just down to laziness and the most recent year was due to something like house sale, house move, house move, knackeredness.

But there’s only so long you can emotionally endure having to use a plastic shoehorn to tuck your stomach into your high-waisters and so, a few days ago, I made the executive decision to book myself into a local HIIT class. Not one to ease myself into anything gradually (unless it’s a too-hot bath) I shunned the beginner’s yoga, skipped the easy pilates and opted for the one class I couldn’t lie down in. (Because if there’s any lying down involved then I’m done, game over. Sleep beckons and I have to excuse myself. Also I have something odd going on with my spine and can’t lie down flat on my back – it renders me as immobile as an upside-down turtle and it takes two people to get me upright. True, non-interesting fact.)

So yes, I went to a High Intensity Interval Training class. But two things occurred to me before I’d even got there: one was that I had nothing to wear because I didn’t know where any of my “gym clothes” were and the second thing was that I had totally forgotten about my pelvic floor problem. If you don’t know what I’m on about then just carry on in glorious oblivion, but if you do have any experience with a weakened pelvic floor then you’ll appreciate my worry at the prospect of doing star jumps, jogging or any kind of movement that requires a sudden effort.

It’s not a serious problem; I’d say it’s pretty pedestrian considering I’ve had two big babies (not out the usual way, granted, but apparently just being pregnant with that kind of weight takes its toll on the old bagpipes) but now and then I’m – how shall I put it? – surprised. And it hadn’t even crossed my mind when I booked the class that I might have to turn up wearing the biggest sanitary towel I could find, just in case, and refrain from drinking any liquids for two hours prior.

Anyway, into class I shuffled, the world’s most gargantuan sanitary pad making a disconcerting rustling sound as I walked and my too-small leisurewear making me look like sausage meat that had been piped into a lycra tube. And I was feeling pretty nervous, I have to say – I had visions of myself going dizzy, feeling breathless, blacking out, waking up in a puddle of wee. But do you know what? I was absolutely fine once we got going. I didn’t find the pace too unbearable – I didn’t go hell for leather, but I didn’t go easy on myself either – and I was pleasantly surprised by the way my legs could still drop quite easily into reasonably acceptable lunges. I squeezed my pelvic floor for the whole 45 minutes, tried not to be sick in the hardest exercise parts (what sadist invented burpees?) and swore gently under my breath for the entire second half. But I did it.

Will I go again? I think I will, thanks for asking. Perhaps not to that particular class, but that’s mainly because I had to do loads of exercises on the rough grass and I totally skinned my elbows and knees. Actual beads of blood. It looked like I had bad carpet burns – Mr AMR must have wondered what I’d been up to!

But when my knee and elbow pads have arrived from Amazon, I’ll definitely do it again. I liked the spurts of running and cardio mixed in with terribly painful toning exercises – who doesn’t love squatting then jumping, or lunging then raising their knees up to their elbows? Much more fun than reading Elle Deco with a raspberry tea and a slice of drizzle cake.

Has anyone else beaten the fitness fear factor? Broken a long (blissful) exercise dry spell? And have you managed to keep up with the routine or was it a short-lived effort? Tell me, motivate me, confess your fitness sins. I’ll be doing a bit of pilates, I think, until my raucous sex burns have totally disappeared, so I’ll keep you updated if you’re remotely interested…