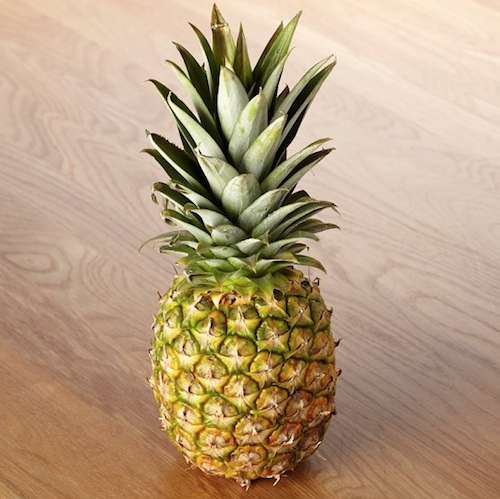 Methods suggested by the midwife for “getting things started” and gently inducing my labour: sex, a sweep, fresh pineapple. Also light bouncing – a mini trampoline was suggested – and walking sideways up the stairs. All said with a slightly tongue-in-cheek expression, because obviously baby comes when baby’s ready and the midwife may as well suggest them as not. We had a few giggles at any rate! A trampoline? It’d kill me off!

I wasn’t even bothered about moving things along until my self-imposed work ban (obviously temporarily lifted so that I can write numerous blog posts and make videos, etc) which has left me more bored than I can even describe. It would be different if I could be on a beach in Greece, it’s the waiting and the uncertainty. I feel as though I’ve woken up far too early to go to the airport but there’s no point in going back to sleep – rather than sit and calmly read and pass the time, I’d like to just get to the airport. And onto an earlier flight, if at all possible. (“You have seats on the 07.20? You do? At no extra charge? I’ll take them!)

I know that this is a total turnaround to my Why the Sudden Rush? post, but I think that the whole process of writing that and getting all excited has made me impatient! Especially one lovely reader’s comment comparing the excitement of birth to being a young child on Christmas Eve. That has been the singular most excitement-inducing thought so far! And everything is all ready and set out, little vests and sleepsuits and hats and things called scratch mittens (we have no idea which of these things to use and in which order – hopefully parenting will be mostly common sense, ha!) and the crib has its little sheets tucked in and the room thermometer is on the shelf. (On room thermometers and my already obsessive checking of: how the hell do you keep a room between 16-19C in the summer? Surely that’s impossible? At the moment all windows are open and it still says 23C. Am I going to have to stand over the baby and waft it with palm fronds? Do I employ the services of a floor fan? Answers on a postcard please.)

Also, I realised that we have to move house again, to another holiday let, next FRIDAY! I thought we had weeks to go, but it seems they have been flying by whilst we’ve been sat here waiting for baby. And I know I shouldn’t try and make the birth fit my schedule, but things are going to be very awkward if I go into labour the day before we move.

Sex. Let’s look at the sex thing in more detail, because I can tell you this for free: sex when you are forty weeks pregnant is no laughing matter. Or rather it is a laughing matter, because it should be accompanied by some kind of Laurel & Hardy soundtrack. And yes, there are many suggestions in my various pregnancy books for “comfortable” positions, but they must surely mean this in the very loosest of terms. Sex is suggested as a natural way to start things off because semen contains prostaglandin, the same hormone that is used in a synthetic form in the gels that they apply to the cervix in a proper induction to help soften and ripen (ugh) it. Also, apparently orgasm can “start things off” as well as nipple stimulation. People seem to be obsessed with nipple stimulation! Which would surely be the easiest one to do, but – this is terrible – I simply can’t be arsed. I have absolutely no desire to do anything remotely sexy with my body. I want to eat Cornettos and hotdogs (tonight’s treat) but I don’t want to shimmy about tweaking this and that and contorting myself into various flesh-squishing positions. There doesn’t seem to be much hard evidence around concerning sex and bringing on labour, so please do share any success stories!

Sweep. I caved in and had the sweep this morning. Partly because I had just realised that I needed to move house in seven days’ time, and also partly because my Mum told me she’d had about three with each of us and they were no bother at all. (Though the fact she had three each time did make me question the effectiveness!) A sweep, or membrane sweep, for those who don’t know, is where the midwife places a finger inside the cervix and makes a kind of circular movement to try and separate the membranes from the cervix and release the right hormones for starting off labour. I was quite nervous about a sweep and nearly chickened out, but then decided to use it as an opportunity to practise my calm birthing stuff I’d read about. Now I wish I hadn’t worried so much because I didn’t think it was painful at all. It was uncomfortable, certainly, because having a hand up your do-dah is never going to be high up on your desirables list for a Friday morning (or it might be, I’m not one to judge) and the idea that the fingers are going through the cervix just makes me nauseous beyond belief! But I thought that it was fine. It felt weird, but if I had the option of a great whacking metal speculum and scraper (smear test) or blunt fingers on a ripened (ugh) cervix, I would take the sweep any day. (Obviously a smear has a different life-saving purpose and is totally necessary, so I’m being theoretical here, but you know what I mean.) Anyway, if you’ve got one scheduled in or something, it’s a few seconds of weird pressure. Interesting and gross fact for you: that mucus plug I’ve been waiting for? No sign of it! It had obviously departed already. I was quite disappointed.

Pineapple. Useless. I’ve eaten about nine thousand of them now and have no skin left along my entire digestive tract, and I have ulcers on my tongue and severe acid indigestion. But no imminent labour.

Summary? I shall keep you updated! There seems to be the most information available about a sweep, but I suppose that’s because it’s a method used by a midwife and so slightly more controlled than methods you might just do willy-nilly at home. And I’m guessing they record the sweep and then your labour is recorded, so maybe someone somewhere is correlating the information and will come up with some stats.

*UPDATE: Ooh, just found this, though by no means official government stats or anything, they make for an interesting read if you’re considering a sweep: http://www.midwifery.org.uk/?page_id=725

*PS: I borrowed the pineapple picture from Tesco here, but considering I’ve spent about eight million pounds on them I’m hoping they won’t mind. Do buy your pineapples from Tesco, they are very juicy and ripe, etc etc..