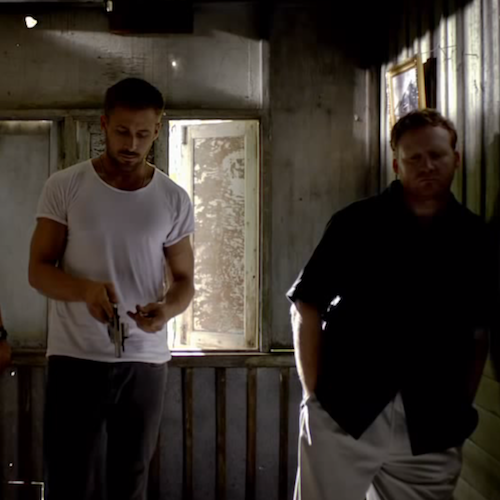 This week I watched the oddest film. Now, don’t get me wrong – I’d say that I’m moderately well-versed with my films. I understand genre, I “get” arty, I try to appreciate the conceptual and the bizarre. With that in mind: Only God Forgives – HUH? I had been warned that it was a violent movie – people had booed, it was so violent. People had cried and ranted and walked out and all sorts. YES, it was violent. YES, a man had skewers put through his arms and then his legs, and then had his eyes cut out and long skewers poked through is eardrums. YES he screamed in pain (quite unconvincingly, actually) like a donkey with its leg stuck in a cattle grid. But was he in as much pain as me, having to sit, numb-arsed, through this movie? A resounding NO.

Alright, look; it wasn’t bad. Not anywhere near it. I don’t think that Nicolas Winding Refn could make a movie that wasn’t at least in some way unique and visionary – if you’ve seen Drive then you’ll no doubt agree. Great art direction, Ryan Gosling, brooding, intense pauses, Ryan Gosling, amazing soundtrack and..er..Ryan Gosling – you can’t go wrong with that mix. But Only God Forgives was slow. Boy, was it slow. It was very, veeeeeeerrrrrrrrrryyyyyyy, vvvvvvv-eeee-eeeee-eeeee-eeeee-eeeee-rrrrrr-rrrrrrr-rrrrrrr-rrrrrr-rrrrr-rrrrrr-y slow. At one point, we, the audience, had to stare at Gosling’s hand for about twenty seconds as it poked through a curtain of beads. And then again as it reached to touch a doorway. And then again, as – I can’t even remember what his hand was doing that time. It could have been entering the body cavity of his recently dead mother (I know, don’t even go there) or perhaps he was washing them. Or just simply staring down at them, which seemed to happen quite a lot. And you could tell (because I know these things) that at least half of the people in the cinema were just thinking, never mind the hands, Gozzers! Get that shirt off! 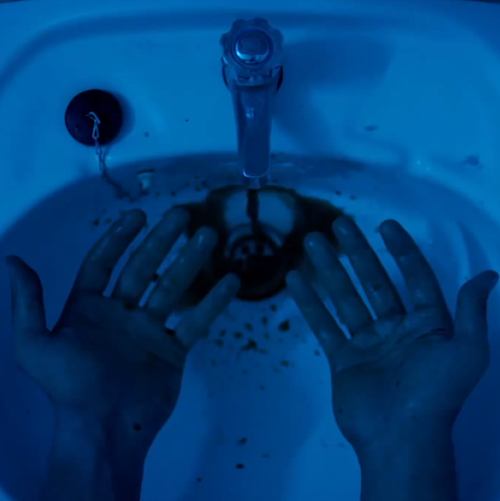 Another gripe: darkness. Perhaps seventy percent of the film was almost completely in the dark. Mine eyes! I couldn’t see a thing! It was like trying to watch something on one of the seatback screens on an aeroplane! I kept wanting a giant to come in and tilt the whole cinema screen with his hand. There was the dark of the fighting club, the dark of the street, the dark of the weird sex-room, the dark of the alleyway when the man got a pan of hot oil thrown over his head. All very beautiful and atmospheric, but good God – turn some bloody lights on, would you? I’m not an owl!

This is an incredibly good-looking film, though. when you can see it – you could take a still from pretty much any part and it would look perfect. Example: 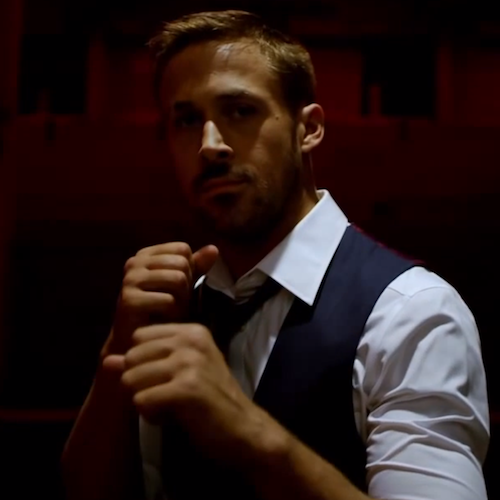 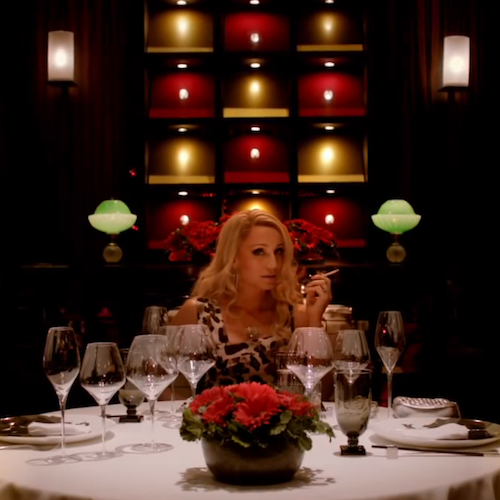 But does that make up for the lack of action? The pauses between anything actually happening are so long and boring, and I didn’t feel any kind of connection or sympathy with any of the characters at all. Maybe that’s where the problem lay, for me; there wasn’t a hero. Everyone was pretty much as flawed and messed-up as each other; there didn’t seem to be anyone to root for. I’m putting that in simplistic terms, obviously, but you know what I mean – we always need a character to connect to, otherwise we’re just watching actors, saying lines at each other.

Hats off, though, to Kristin Scott Thomas – she steals the show. Her role as an American gangster-mum with an obscure moral code (arguably no morals whatsoever) is so far removed from her usual that I didn’t even realise it was her! Brilliant. 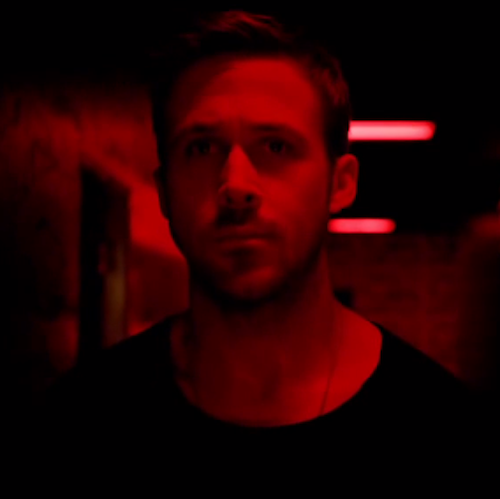 And so, verdict? I couldn’t watch it again. I’ve just re-watched the trailer and it looks stylish in the extreme; in real time, with all the in-between spaces, it just doesn’t do it for me. And I hate to jump on the bandwagon, but yes, much of the violence was too stomach-churning. I’d like to say unnecessary, but I actually feel that it was necessary – it was the only action that really happened! Without it, I’d have been watching a montage of old Ryan, walking down dimly-lit corridors and wondering whether or not he could bring himself to have sex. And staring at his hands.

Thoughts? Have you seen this film?

(NB: photos are screenshots taken from the trailer. If I’m made to take them down then fear not – I shall merely replace with other movie stills. Namely black squares. Twit twoo.)