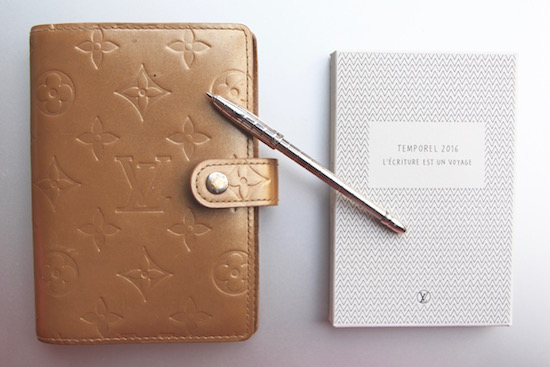 Every January for the past – I don’t know, twelve Januaries? – I have had a little ritual with my Louis Vuitton yearly planner. Carefully extracting all of the previous year’s diary pages and opening a new, box-fresh set, excited at the prospect of crisp, blank pages. Placing all of the used pages into a pile, securing with the paper band – meticulously preserved for a whole 365 days – and sliding the whole thing back into the original presentation box, marked with the relevant year.

Now forgive me, because I don’t want to ruin anyone’s “New Year Vibes”, but this January I am simply not feeling it in the stationery department. I am less than enthused with the 2016 edition of the Posh Filofax/Louis Vuitton experience. I do realise that this is a luxury problem of the most epic dimensions – carry on reading, I address this later on – but I rely on the thrill of a new diary to propel me into the new year and motivate me to start work again. And the thrill has not made itself known. 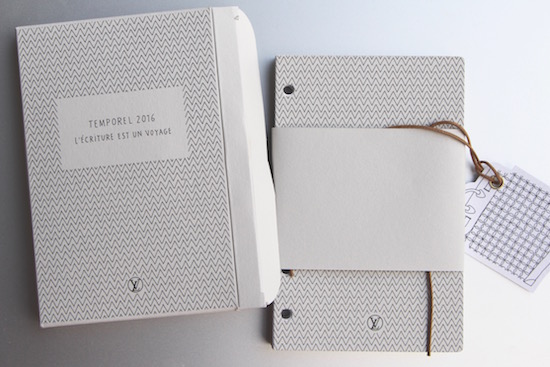 Which is outrageous, really, because the refills for a Louis Vuitton Agenda start at £32. Thirty-two pounds! And for that, I want to feel seriously organised and also spoilt. I want tick-lists and maps and fold-out schedules and thoughtful little note sections and borderline-cheesy sections for dreams and wishes and all of that bumf. And what do they currently include?

Poems, some nice illustrations and a sheet of stickers. A sheet of stickers! Oh, and a cardboard “luggage tag” that looks like something you’d buy from Paperchase to label Christmas presents with. Everything about the Louis Vuitton refills used to feel so luxe and special – I used to really enjoy un-parcelling the pages. This year, there’s not even a Louis Vuitton plastic ruler included! 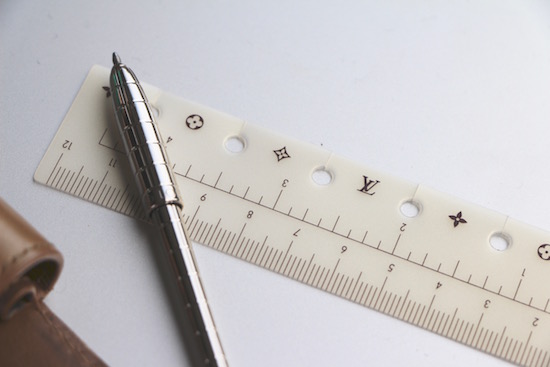 Granted, I have eleven of these Louis Vuitton plastic rulers – why do I need one more? – but come on. For over thirty quid I want my plastic ruler. Even if it is only four inches long. Not even long enough to measure willies.

You might be asking yourself, at this point, why on earth I would ever spend thirty-two pounds on some diary refills and I will say this: a) I don’t buy them, Mr AMR does, as a kind of yearly ritualistic thing and b) I am weirdly superstitious about my Agenda and having the correct refills. Back when I first had the Agenda, Mr AMR used to call it The Book of Gold because almost as soon as I started using it, good things began to happen. I got – in quick succession – about three or four very big advertising jobs. Bearing in mind I was only about twenty-two, twenty-three years old, we were talking good jobs. So I became convinced, subconsciously, that my Book of Gold brought me good luck.

Indeed, the one year I didn’t get the official refills and plumped for the WH Smith alternatives, things in my work life went really badly, which only went to strengthen my weird, superstitious diary habit. (I’m not really superstitious in other areas of my life, although I do salute lone Magpies and say “morning/afternoon Mr Magpie”, which is totally Mr AMR’s fault.) 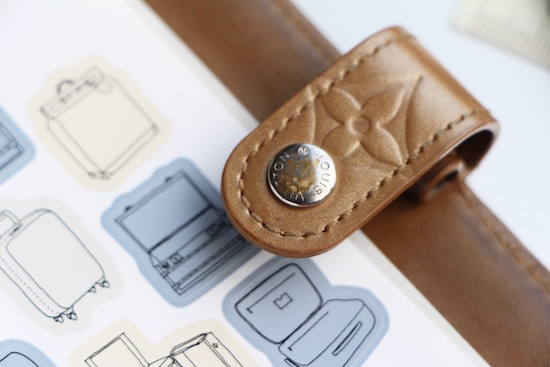 So yeah. As ridiculous as all of this sounds, that is why I find myself on the receiving end of extortionately-priced planner inserts. And it is lovely to get something small and luxurious – if I weigh it all up properly, then I can say that for less than the price of a Tom Ford lipstick I get a luxury that lasts all year and that I use all of the time.

But still, it’s just posh paper and LV need to pull their finger out when there are tempting alternatives around from the likes of Smythson and – far cheaper! – the Happiness Planner. (More on the Happiness Planner another day.) Here’s what I would like to see in 2017 (no pressure!):

That is all. Merci.