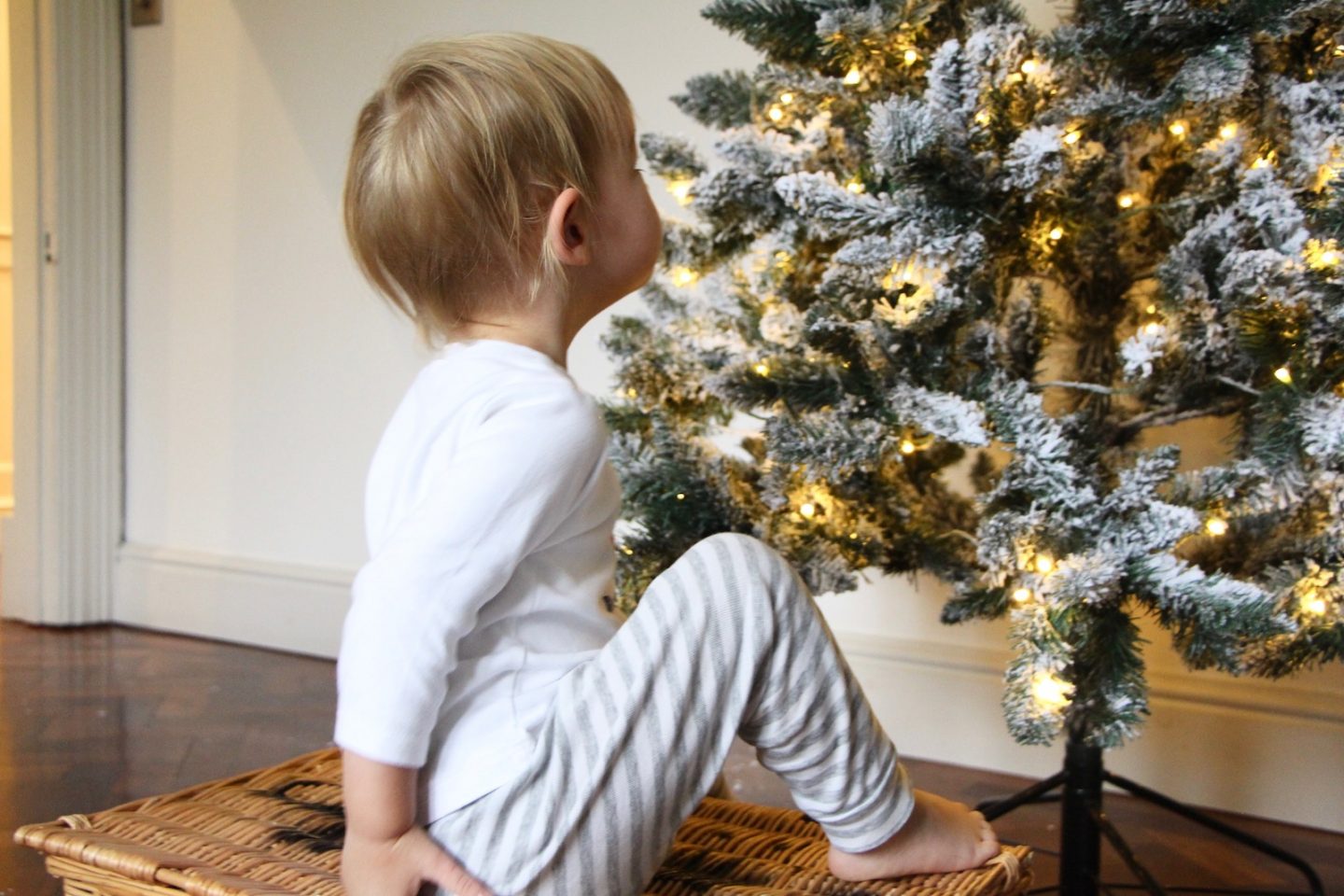 I’ve had a very odd week in which I’ve found myself plunged, rather prematurely, into a state of Christmas excitement. It started with the delivery of a pre-lit Christmas tree from Next (I can highly recommend one of these if you hate pine needles dropping everywhere and also can’t be bothered with the rigmarole of detangling your string of fairy lights every year!) and it ended with me deciding to be incredibly organised and write a festive shopping list.

It’s possible (but I don’t want to jinx things, so stay calm) that we may be in a new house by Christmas. I haven’t really spoken about our house-hunting progress, even though I promised to keep you updated. I suppose that I have been reluctant to write about it for a few different reasons, but the biggest one is that it has been a stressful enough process without adding an audience into the mix to witness our mental unravelling!

I thought that it would be relatively easy to find our dream home, seeing as though we had already sold our last one and were ready to pounce, but things have been a bit bumpy. Once I know that our future home is secured, I’ll do a proper post, but until then I’m sort of skimming over the issue. I only mention it at all because having the Christmas tree delivered made me think about how nice it would be to have moved and be settled in at our new place, to be able to retrieve the decorations from storage and dig out my Nigella Christmas cookbook and all of the bits and pieces that make me feel jolly and bright..

The Christmas tree was dropped off because I was shooting a gift guide for FeelUnique and wanted to have something gorgeous and sparkly in the background. Next also very kindly sent the amazing neon Noel sign, above, which looks great in pictures and makes an unusual and very modern addition to my decorations collection. For some reason, each time I switch it on I feel as though I’m in a very trendy art gallery. Christmas-meets-Hoxton’s-White-Cube. 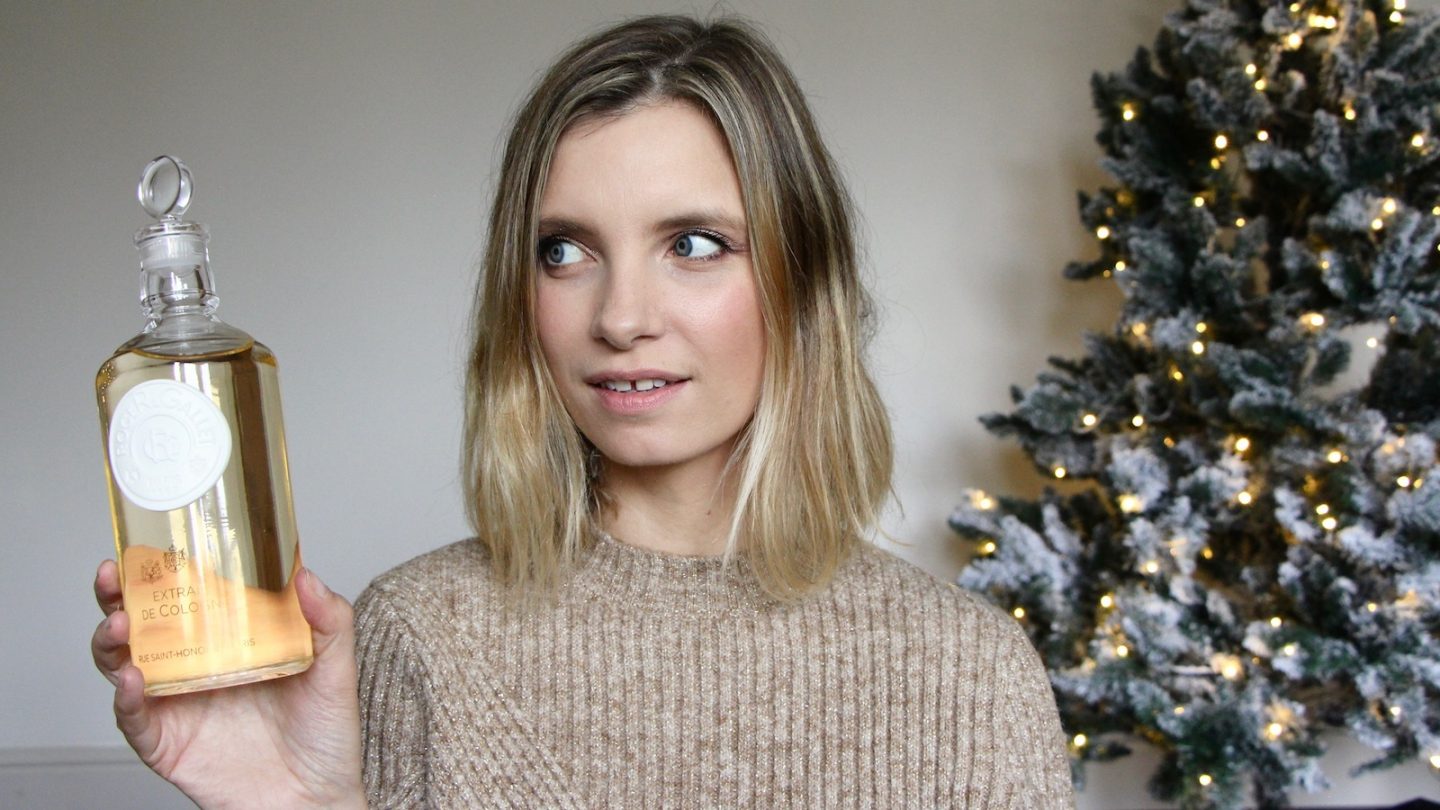 So yes, I recorded a Christmas Gift Guide (filmed as part of my new FeelUnique ambassador’s role – coming soon!) and then we packed our pop-up holiday scene away because a) we have no room to move around as it is, let alone with a big tree in the living room and b) it’s far, far too early to be decorating for Christmas.

And I thought that would be it for a while, but then I found myself on the train to London, heading to Claridges to celebrate my friend Tanya’s latest book launch, a book all about – you’ve guessed it! – Christmas. 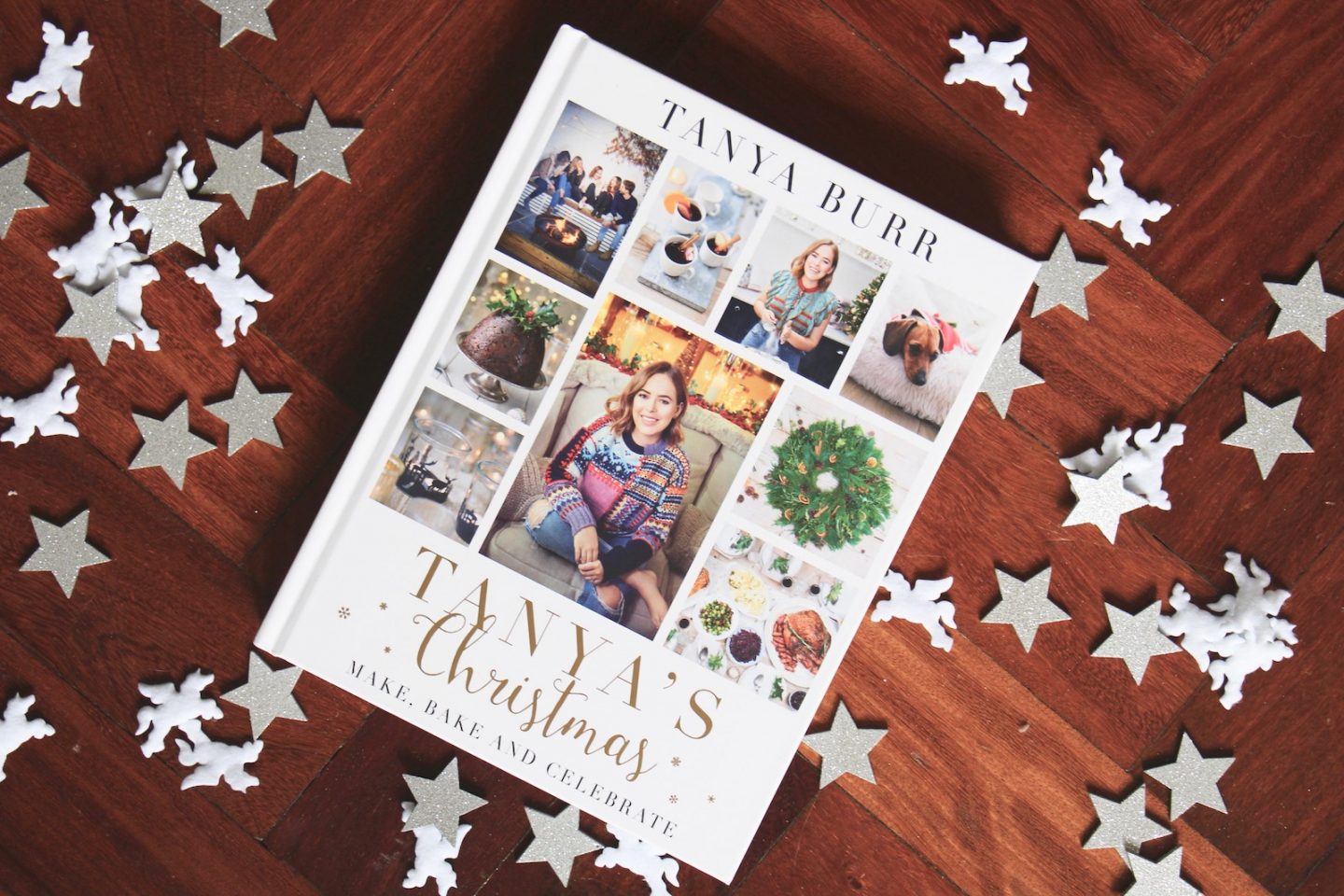 Tanya Burr is probably the most Christmassy person I know. She throws the sort of Christmas party that I always thought Christmas parties would be like when I grew up  – candles flickering in the windows, a gorgeous wreath on the front door, carefully thought-out festive cocktails… She throws the sort of Christmas party I would dream of throwing if I could ever get it together to actually throw a Christmas party. The reality of my Christmas party would probably involve a lot of wine, a lot of crying, an M&S pre-packed cheeseboard selection (with free knife, which would be handy as I don’t own a cheese knife anymore) and sending Mr AMR multiple times to Tesco to panic-buy napkins, wine glasses (we are now down to seven) and hand soap for the downstairs loo. 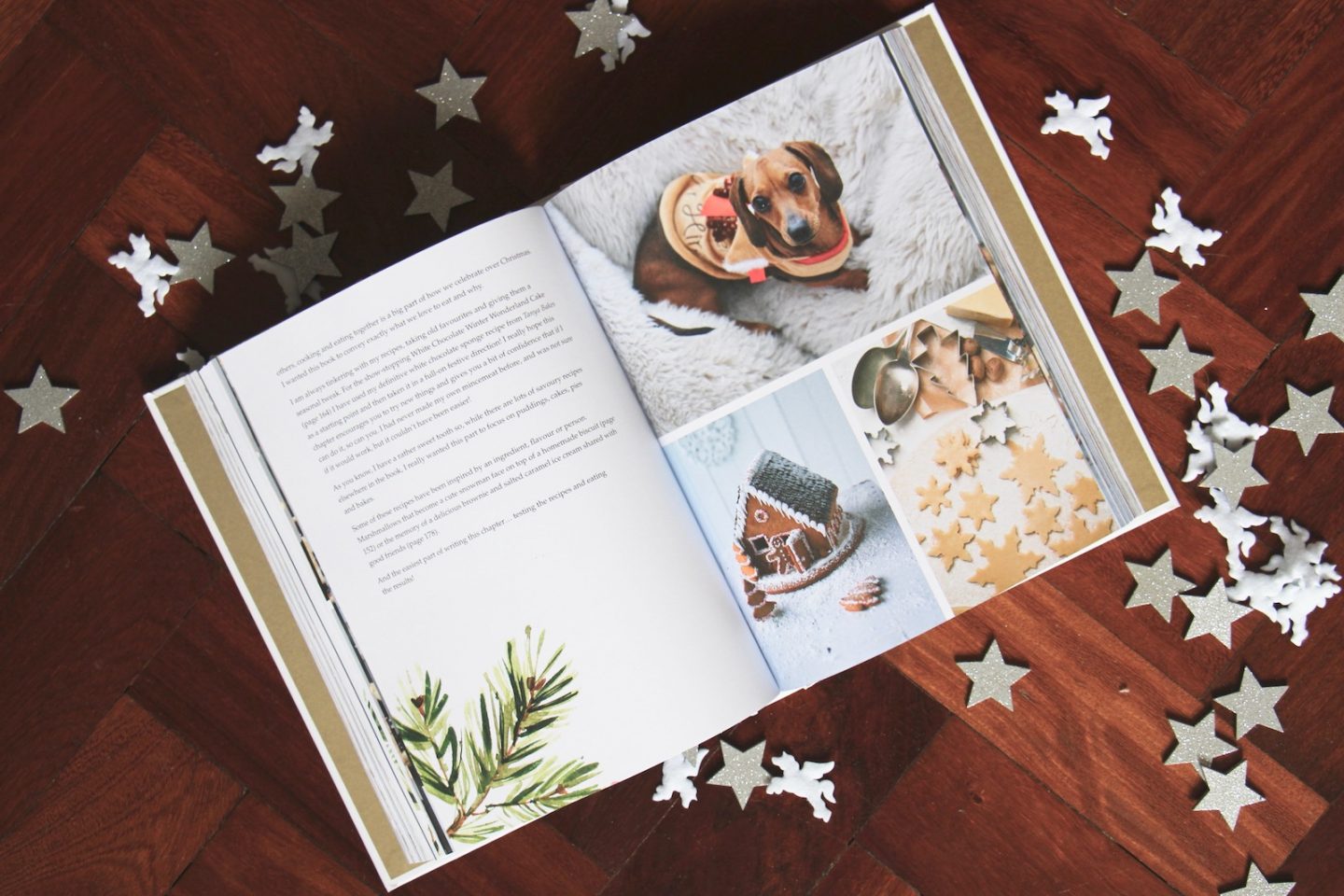 Anyway, a leisurely and highly enjoyable browse through Tan’s new book gives me hope that I might one day be able to pull together a festive gathering of some sort. (Perhaps in the new house!) Everything’s covered – the baked camembert, the cake, the decorations, even some quick and easy makeup looks. 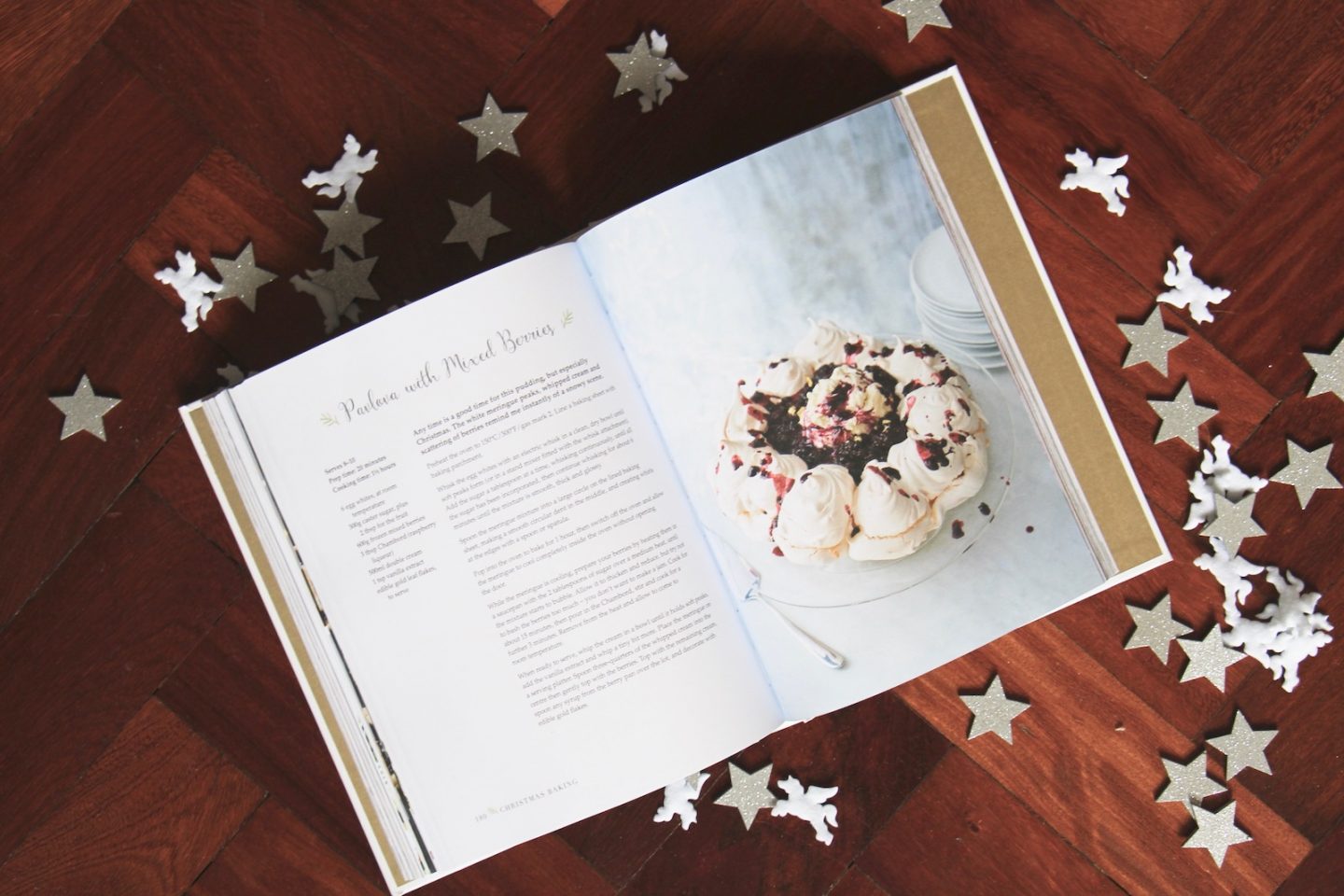 As usual (this is Tanya’s third book) it’s beautifully presented, with lovely photos and a clean, pretty style that makes you want to tear the pages out and stick them on the fridge as inspiration. (Don’t. I’m funny about tearing pages out of books! Though not about turning the corners down to mark your page. I personally think that’s acceptable, but it drives my Mum mad. Different horses, etc..)

You can find Tanya’s Christmas on Amazon here* – it’s £8 for the hardback version. You can also find on Amazon, before I forget, David Sedaris’ newest book, Theft By Finding*. I mentioned this a while back and was aiming to put up a review the same week, but I haven’t read it yet. Sorry – I think that my reading recommendations are going to be very thin on the ground this year, because I haven’t really read much at all. It has probably been my most meagre year, in fact.

So there, a Christmassy week. Oh – I almost forgot! – on my way to London, I tried to plug my earphones into my new iPhone 8 and there was no headphone socket! So I had to plug them into my laptop instead. (I’m not big on listening to music, as you’re about to realise, but the man across the aisle had his on so loudly that I could hear the tick-tick-ticker-ticker-tick-tick rattling of it, which is something that drives me absolutely insane, so rather than give myself high blood pressure I thought I’d drown it out.) When I opened my laptop iTunes, I had ONE ALBUM available to play. (The others were in the clouds, apparently.) Guess what it was? Guess what the last album I listened to was?

Now That’s What I Call Christmas!