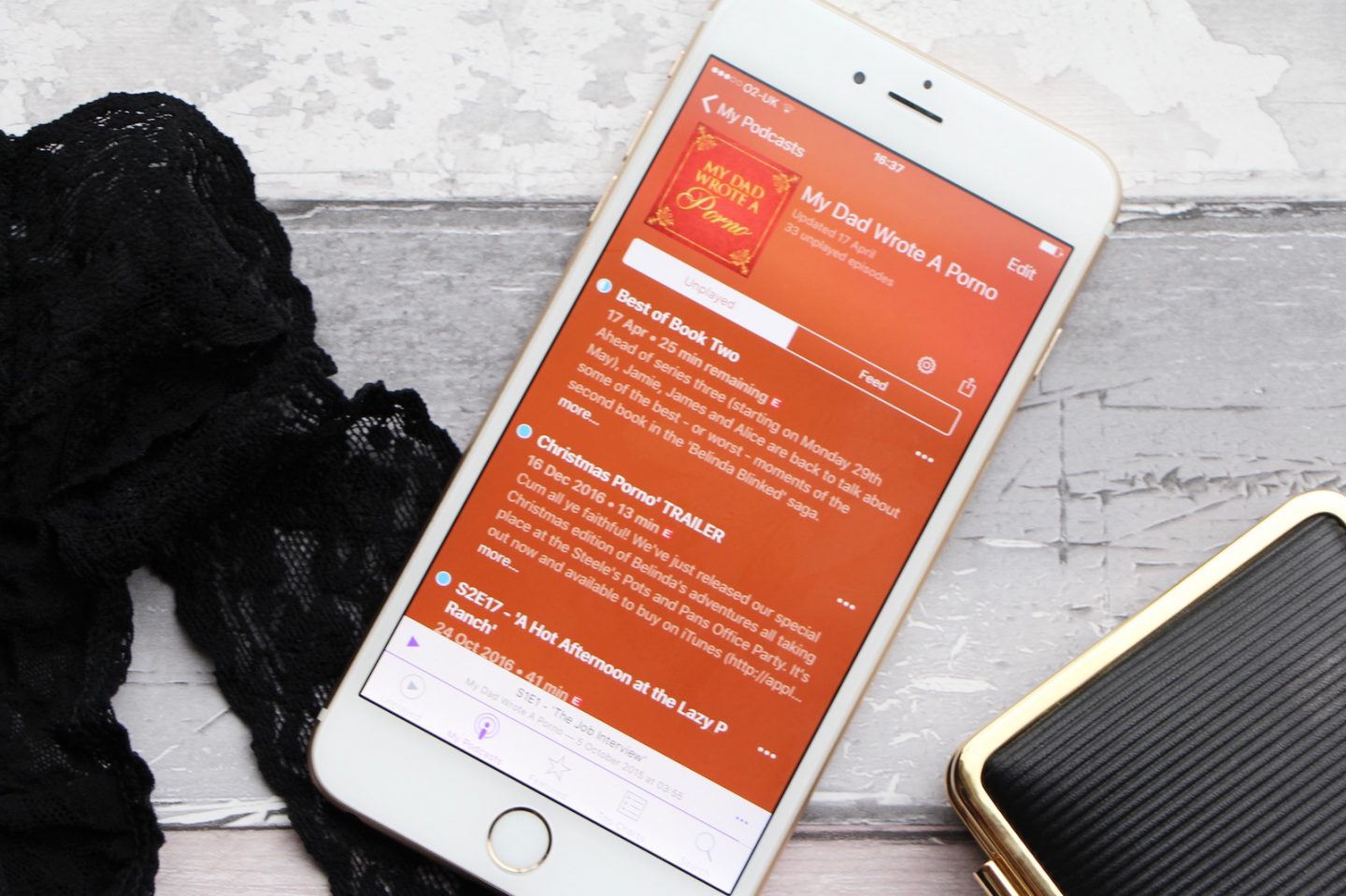 It’s as though Jamie’s Dad (writing under his pen-name, Rocky Flinstone) has just poured out whatever – surprisingly vanilla – fantasy was lurking in his head at that particular moment, with no consideration for literary style, characterisation, plot or even basic grammar. He describes sex sequences that are physically impossible, he removes characters’ clothes that have already been removed, he has a fondness for writing long passages (soz) that detail the most boring and mundane events possible… It’s so bad, it’s brilliant.

The truth is that I am quite easily tickled – my comic triggers are many and varied. I like silly things, though not too silly; this is perhaps controversial, but Monty Python never quite did it for me, whereas Fawlty Towers creased me every time. I also like cringe-worthy things – Curb Your Enthusiasm with Larry David is perhaps my all-time favourite comedy series – and I also like dirty, below-the-belt stand-up.

So listen to MDWAP at your own risk – perhaps you’ll hate it, but maybe, like me, you’ll find something that makes you cackle into the darkness as you play it at bedtime, or snort unattractively as you stand squashed into a hot underground carriage. Belinda Blinked is singularly the most un-horny piece of writing you’ll ever hear in your life, but the commentary from Jamie & Co is scathing in the extreme and so witty that you can’t help returning for more. It’s perhaps a little repetitive to listen to all of the episodes in one go (I have to limit myself to one or two a day) but if you’re looking for a humorous little morsel to devour as you potter away the Bank Holiday then this could be just the thing.

You can download it on iTunes, or they have a website for the podcast here. I genuinely haven’t laughed so much in ages – not since reading through the entire works of David Sedaris, in fact. He’s another one you should never indulge in when you’re out and about…