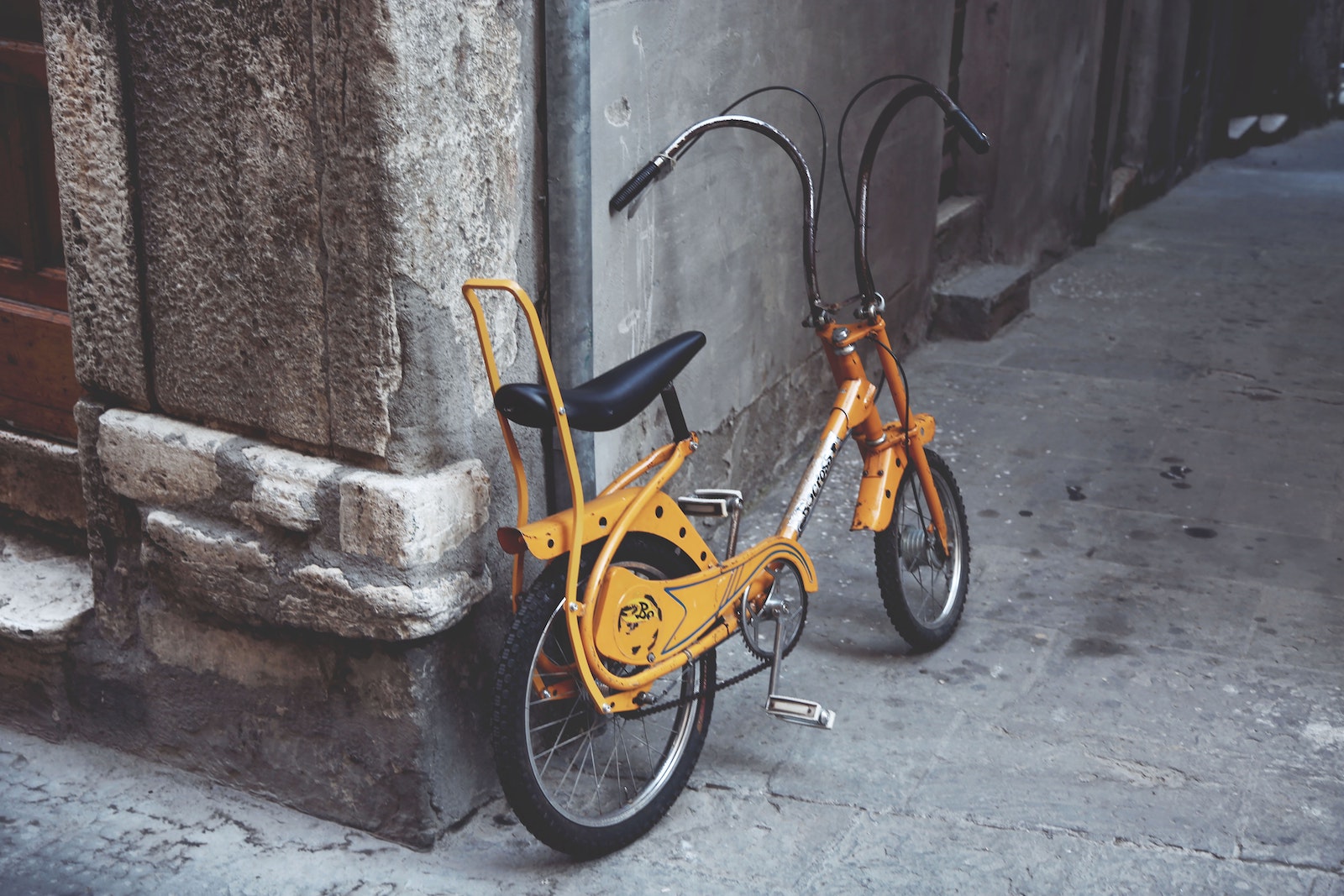 My children (three and a bit years old and almost five) have been learning to ride their bikes and it is at once a massively rewarding experience and a very new, very fresh hell. On the one hand, seeing them learn a new skill and become fully-functioning mini-people makes me brim with joy and pride; on the other, my nerves are shot to hell and I have more scratches on my lower legs than an intern at the Big Cat Sanctuary.

You have to wonder at the wisdom of putting very small humans in charge of what amounts to a welded-together collection of metal bars, sharp spikes and hard rivets. If you deconstructed a kid’s bike and threw all the pieces into a sack, it would be the sort of thing you’d have found being passed around the tavern before a medieval uprising. So you have to ask yourself whether it’s sensible to let a three year-old, who likes bashing pan lids into walls, sit astride this scaled-down weapon of destruction.

Don’t get me wrong; I’m happy that they’re racing along without a care in the world. Any milestone the kids reach makes me brim with joy and pride and seeing my only-just-stopped-being-babies careering away down a cycle path is somehow ridiculously liberating.

But at the same time I’m proudly watching them power away on their own steam, I’m usually pondering the new depths of pain and discomfort that I’ve managed to plunge myself into. It’s almost as though, as a parent, you have to give yourself something to make life more awkward. Sleeping through the night? Tick! Nobody biting on your nipple? Tick! Stopped having to wipe poo off the carpet? TICK!

What can we introduce now, I wonder?

I’ll tell you what: bike riding. The fear of them falling off and smashing something or other on the path, the fear that they will wobblingly meander into the path of a proper cyclist, like a drunken badger staggering into a dual carriageway. And then there’s the worry for your own wellbeing – the worry that you’ll trip over their back wheels as you jog along behind them, or get your shoelaces caught in their spokes, or have a nasty run-in with the stabilisers.

Oh, stabilisers. Stabilisers are terrifying, with their jagged metal hinges and their fast-moving wheels of certain laceration. Pushing along a child using stabilisers (this is the four year old, actually – the three year old has a balance bike) means taking the survival of your ankle bones into your own hands. You thought you were going for a pleasant Sunday jaunt to breathe in the scent of meadow flowers and look at the freshly mown fields, but really you’ve agreed to sacrifice the flesh on your shins, ankles and possible knees. But once you’re out there, with an enthusiastic cycle maniac, there’s no turning back. There’s no escape. It’s like finding yourself inside the Colosseum with one of those chariots that had the spikes sticking out of the wheels – if you’re taking a kid for a bike ride with stabilisers then you’re basically Gladiator.

And that’s not the only physical torture involved. Remember Quasimodo? That’s biking-expedition me, pushing a four year old up a hill when she’s too tired to pedal the bike. Bent double, shoulders hunched, face twisted into a terrible expression of pain and humiliation, staggering sideways in great, ungainly leaps.

“Here she comes everyone! The troll of the tow path! The bells, the bells!”

The three year old on the balance bike presents less of a problem, physically. He just races off, his little legs working away as though he’s powered by clockwork. But then his batteries run out and he gets tired and Mr AMR ends up with child on shoulders, child’s bike in one hand, dog lead (with dog attached) in the other. Like some sort of circus act.

And I’ll be bringing up the rear, huffing and puffing along, near-prostrate in the wake of the Queen of Sheba who is oblivious, upright on her cupcake bicycle and singing songs about how wonderful the world is.

Not a care in the world, just comfortably watching the hedgerows whizz by as I expend approximately the same amount of energy as a small shire horse ploughing a field, pushing with a gentle hand on the small of her back. She obviously has no idea how tiring the pushing is – she had the audacity, the other day, to actually yawn as I was navigating a particularly steep slope.

I fear, though, as with all things child-related, this phase will be fleeting and before I know it we’ll be onto the next level, where they race off without us, and another tie will be painfully cut. Another phase will be just a beautiful memory. I’d take lacerated ankles in exchange for a slowing down of time. Any day of the week….

Photo by Giorgio Trovato on Unsplash