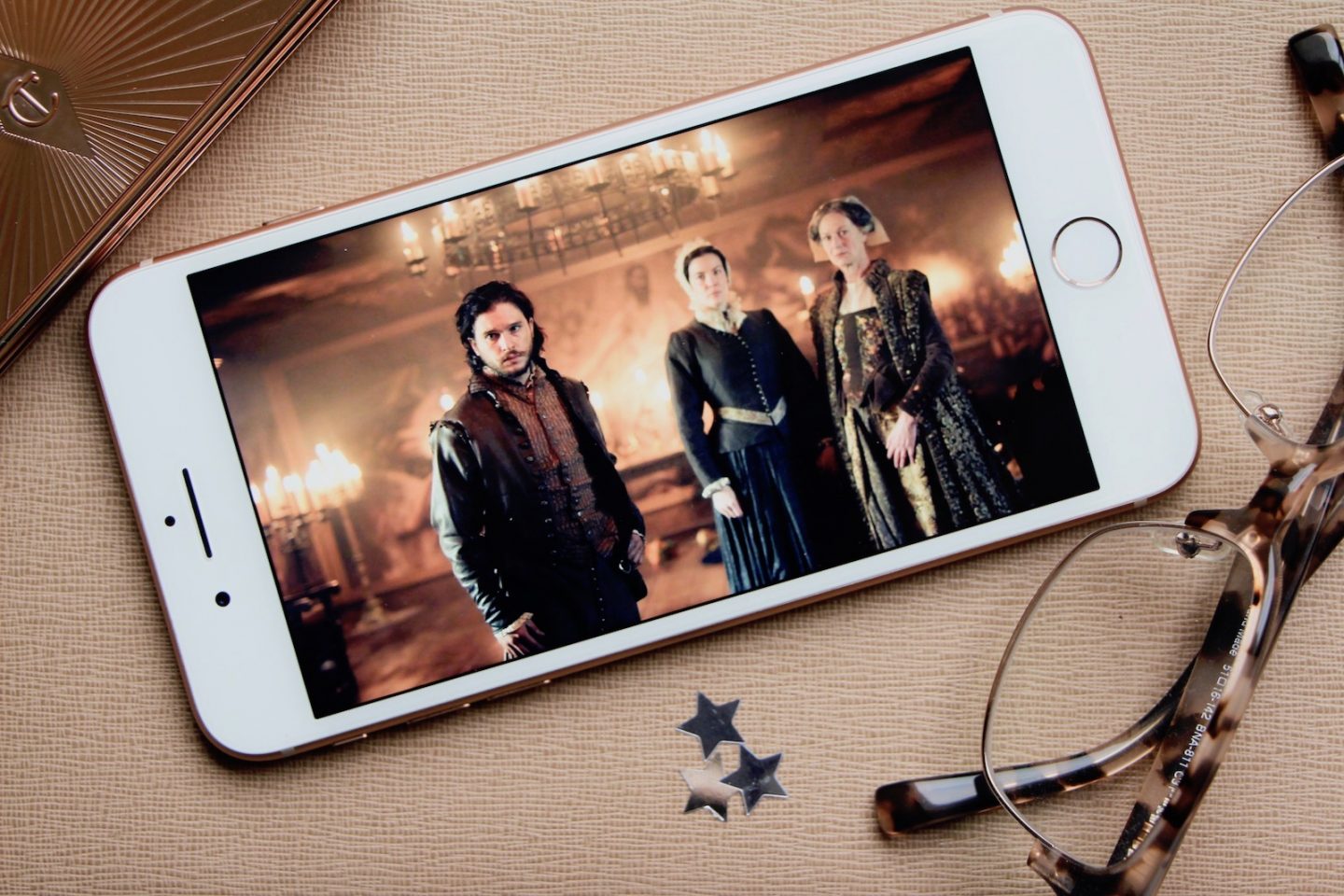 I’ve been trying to watch the BBC series Gunpowder, which is the story of how Guy Fawkes and Robert Catesby devised to blow up the Houses of Parliament, and stars Kit Harrington of Game of Thrones fame. Gunpowder has received many complaints from the general public about its ‘hideously violent’ scenes; at the start of episode one, a woman is squashed to death beneath a gigantic, heavy board and a young priest is hung, drawn and quartered. (If you don’t know what that is then you’d do well to remain blissfully unaware.)

Apparently (reported The Sun, so, you know, probably not true) some horrified viewers were left “throwing up” at the extreme violence. Why they didn’t just look away I don’t know – there was plenty of build-up to the main, gruesome events! I mean, the woman being squashed had a number of heavy weights hoisted on top of her before she took her last breath (unfortunately wasn’t as peaceful as that sounds) so it would have been easy to avert their eyes. The hanging, drawing and quartering of the priest happened even after this, so anyone feeling queasy would, if they were being sensible, turn off the telly rather than carry on watching and vomit all over their living room floor. The mind boggles.

Anyway, I say that I’ve been trying to watch Gunpowder because I have actually only managed the first episode. We’re currently ploughing a series on Amazon called Bosch*, which is a brilliant American detective series, and because it’s so good Mr AMR keeps vetoing my requests to “just pop on the next instalment of Gunpowder”. He bribed me last night with a mint choc Magnum, because there was only one left!

So I’ve just seen the first episode, and I have to say that the opening scene had me so tense that I almost broke a tooth from grinding my jaw so furiously. In it, a load of King James I’s men go to a country house in Warwickshire where a Catholic mass is being (illegally) held. The family (led by Robert Catesby, played by Kit Harrington) have to quickly hide the priests in all of the clever nooks and hiding holes they have built into the room, because at this particular time in history (very early 1600s) Catholics are being persecuted and forced to worship in secret.

There follows a protracted, horrible scene where the main Catholic hunter-outer (William Wade) sniffs around the room, knocking on the panelling and having his men measure the thickness of the walls and seek out any oddities or discrepancies with the way the house has been built, in an attempt to locate the priest holes. In the end the tension, which could be cut with a knife, is broken when something that was packed away from the altar jangles about and reveals the location of the youngest priest, who is hiding beneath a bench. Oh God, it’s terrible. I mean, it must have been absolutely terrifying to have been holed up in the walls, or beneath the floor, or inside the fireplace, and hear soldiers tip-tapping about, getting ever closer.

The whole thing made me thing about how crap we would be at hiding these days. Mainly because nobody seems capable of turning their bloody phones off. Honestly, since I’ve been going backwards and forwards from Bath to London on the train, I’ve been gobsmacked at the number of people who don’t turn their ringtones off or who leave the alert sound on for their texts when it’s obvious they are accustomed to receiving dozens of them an hour. I can’t believe how many people listen to music or watch videos without any headphones on! Or type – and this one drives me mad – with the key sounds set to “click click click”.

If people had to hide in the walls nowadays, in 2017, they wouldn’t stand a chance. The soldiers wouldn’t have to measure the depth of the brickwork, or tap on the wooden panels, they’d just have to stand there quietly for ten seconds and someone would be bound to receive a Whatsapp. And they’d never be able to resist the temptation to answer it, because God forbid we don’t engage with our iPhones for more than five minutes!

“Hold on a sec,” the hider would whisper to their co-hider. “It’s Gerald, he wants to know what time we’re thinking of leaving for the capital tomorrow.”

“Can’t it wait?” the co-hiding priest would say.

“He put a sad face emoji and I’ve started typing now. He can see I’m online, it would look slack not to reply.”

They’d not stand a chance. At any rate, they would have probably Instagram Storied their whereabouts the night before anyway. “We’re at Robert Catesby’s doing an illegal Catholic Mass!” they’d have tweeted. “Their house is GOALS – you should see how many bedrooms it has! #God #Cribs.”

And even if they didn’t tweet, or Instagram story themselves away, or answer a phone call, or turn on their iPhone torch to “feel less scared inside the dark hidey hole”, I can bet you a million dollars that they wouldn’t remember to turn Airplane mode on. Because nobody likes to turn Airplane mode on, do they? It’s like a last resort. Incommunicado. It’s the equivalent of doing that thing that they do in cop films, where they take out the sim card and then smash the handset with a hammer. The 2017 Gunpowder Plot gang, or hiding priests, would never switch on their Airplane modes. And so the soldiers, with their own modern technology, would probably be able to pinpoint their exact whereabouts with some sort of handheld device. FBI style.

“There’s one behind the flat screen TV, Bob,” bearded soldier would say to soldier 6 (an extra), “and another in a cavity that’s been hollowed out at the back of the pink Smeg fridge-freezer.”

“You may as well come out, Clive,” the 2017 Kit Harrington equivalent would sigh, rolling his eyes towards the panelled ceiling. “And you, Gareth. You both forgot to disable your GPS.”

Anyway, enough of this nonsense. I only started writing this post to see if anyone had finished the whole three parts and to ask whether it was worth the effort. I only have one episode of Bosch left (season 2), so by tomorrow I’ll need something to occupy all of my free time… Ha.

You can watch Gunpowder on BBC iPlayer and online here.