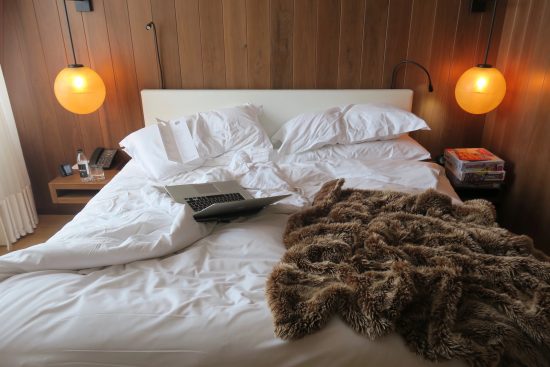 Last week I stayed over at the London Edition Hotel on Berners Street. I’ve often had meetings at the Berners Tavern, the restaurant on the ground floor of the hotel (an amazingly decadent affair with high ceilings and framed paintings covering every inch of the walls), but I hadn’t ever stayed in one of the rooms.

I had room 521, a double with separate living area, dressing area and large shower room. Wooden walls, wooden floors and white linen on the bed and at the windows – it was like a very posh woodland cabin. A sauna without heat and naked people. Very pleasant, very homely, and all was well until I went to get into bed and saw this directly opposite where my head would be: 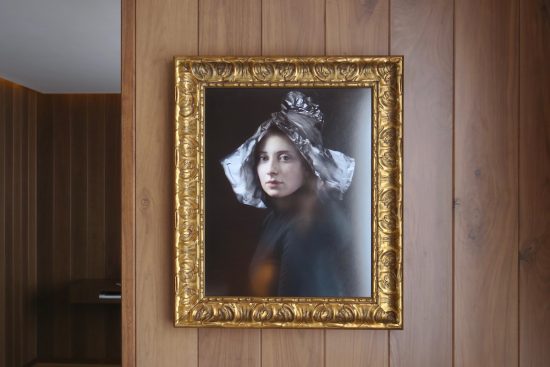 Who in their right mind puts a painting of a creepy woman in a hat above the end of a bed? Are the designers at The Edition completely and utterly mad? What interiors trainee was allowed to run beserk with the artwork, putting it in places that would one hundred percent guarantee a bad night’s sleep? For who can lull themselves into a peaceful slumber when there’s a disembodied head, wearing what looks like a cap made from tin foil, gazing discontentedly down from the wall?

Apologies if this is a reproduction of a famous painting; fine art is not my strong point. All I know is that this woman has the sort of eyes that follow you from one side of the room to the other and the pallid complexion of a person who has been shut up in an attic for a decade against her will, before dying a sad and lonely death amongst the cobwebs and defunct copies of the Yellow Pages. (I took the photos for this post in daylight, she doesn’t actually look scary at all in the daylight – more serene – but let’s ignore that and move on.) 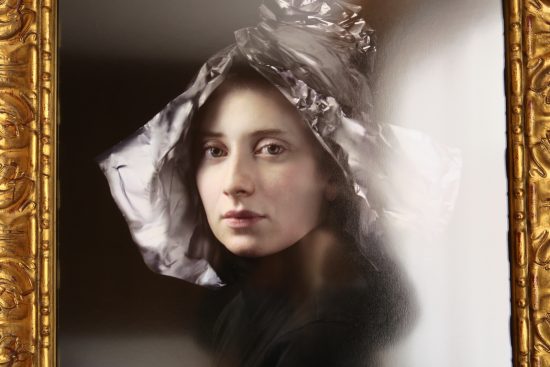 Oh God, my overactive imagination. You see, a normal person would just look at the painting, think “that’s creepy!”, turn over and go to sleep. Not me. I couldn’t even get into the bed. Because within fifteen seconds of seeing the painting, I had concocted an entire backstory for “Woman with the Tin Foil Cap”. She was in love, you see – in love with the man of the house. But he had a wife, and the wife found out about the love affair and – wait for it – decided to punish the woman in the worst possible way. Fortuitously (not for the tin foil lady, for the wife) there was a wall in the attic that needed renewing. A supporting wall, one of those ones that the chimney runs through. (Guessing, here – walls aren’t my forte.)

Anyhooo, what better way to dispose of a woman (especially one who gads about with tin foil on her head) than BUILD HER INTO THE WALL? So that’s what the wife did! Up there in her crinolines with a plasterers board and – erm – cement mixing thingy. Man of the house wondered where his crinkly-headed lover had disappeared to, but didn’t give it more than a day’s thought because, quite frankly, trying to juggle two women in the same household had become a bit of a faff and even the frequent, tin-foily sex didn’t make up for it. 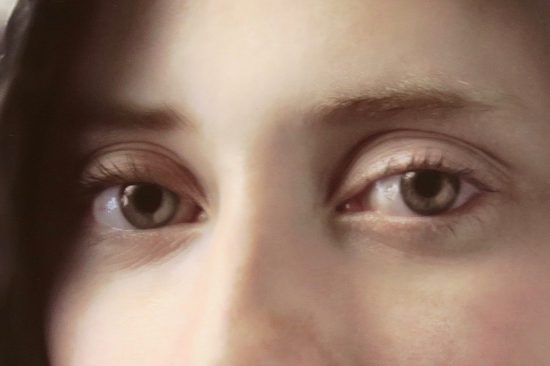 So Woman with the Tin Foil Cap was trapped in the wall and died there alone. Now and then, for the couple of weeks as she died her slow death, people in the parlour and the upstairs bedrooms could hear a funny sound coming from the fireplace, but they thought that it was just the wind and ignored it. Once, a hanky dropped down into the hearth in the children’s nursery, on it a bloodstain and a sliver of tin foil, but again – it wasn’t of any consequence to the busy people of the household. The disappearance of the nanny was mildly worrying, but nannies were apt to leave in a hurry (that scoundrel man of the house!) and so cook, butler and Nancy the scullery maid thought nothing more of it. Cook, in fact, was rather pleased that – for once – she was maintaining a good supply of tin foil in her pantry drawer.

And where was this house, you may ask? Oh – only on Berners Street. Yes, friends, the woman on the wall is the woman in the wall! Look at her, casting her eye, a hundred (ish) years of pent-up aggression and bitterness spilling out into the room! “Where is that bastard Colin?” she’s asking, silently, without moving her mouth. Or eyes. “I got bricked into a bloody wall for him! I haven’t managed to change my foil cap in ages and it doesn’t half heat up on my head when the sun streams through the window! About four o’ clock in the afternoon, I have to brace myself – it’s like being roasted alive!”

I tried to take the painting off the wall but it was in a frame weighing approximately eight thousand tonnes which appeared to have been superglued in place, with the bond reinforced by nails, large bolts and a magnetic forcefield powered by something the size of a bus. There was no way that picture was coming down. And, to be honest (it was late, it was dark, I’d worked myself up) I dreaded what might be behind the painting if I did manage to get it down. What if it was a hole in the wall? What if there was a CAVITY? What if I peered in and there were bones? Good God, it didn’t even bear thinking about. 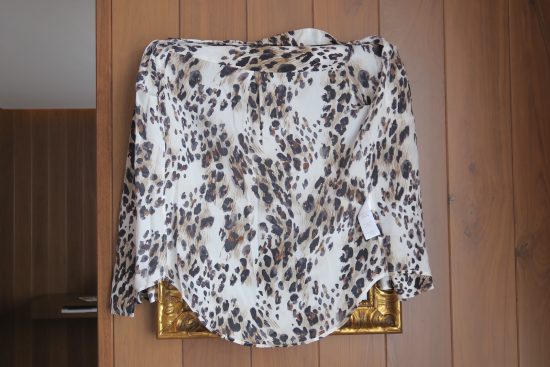 In the end I found a silk shirt in my suitcase and slung it over the top of her head. Which did quite nicely, though you should have seen me trying to drape it on – I’d got it into my head that if my fingers went too close to her mouth she’d suddenly bite me!

How on earth I’ve survived in life without having a colossal, fright-induced heart attack I have no idea. It’s like living inside a horror movie.