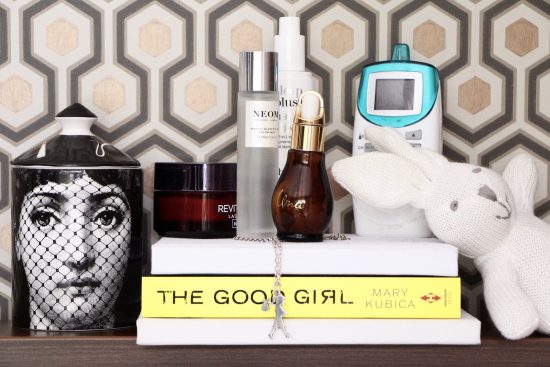 I seem to have developed an (admittedly rather mild) case of insomnia. In fact, I don’t want to annoy people who do have insomnia, so perhaps I’ll simply call it “a bit of sleeplessness”. It’s not serious, but definitely annoying enough to be the topic for this week’s Sunday Tittle Tattle!

I’ve always been rather proud of my ability to sleep like a log: for years, not only did I sleep for a good nine hours at night, I enjoyed a daily afternoon nap too. And when I say sleep, I’m talking about the sort of comatose state that needs a natural disaster to disturb it. An airhorn in the earhole. And when I say nap, it would never have been less than two hours. Anything up to four. FOUR HOURS!

Oh, how things have changed. I cannot nap, now, even when the opportunity presents itself. I lie there thinking about all of the things I should be doing, whereas before I used to gladly wriggle one leg under the duvet (never both, because then that counts as a proper sleep) and conk out for the lion’s share of the afternoon.

I used to like to think that I slept so well because I was just so busy for the rest of the time. Like a performance racing car, working intensely for as long as I could possibly stand it and then crashing out on the bed until my brain had recovered. Perhaps that was the case, or perhaps, as is more likely, I simply could. The time was available to me, with no responsibilities other than work deadlines. And now I have no time to nap – if there’s a free space in the day, if I get the baby to sleep, I’ll probably have a list as long as my arm of things I need to get done.

So why is it, then, that I’m not falling into bed at night like some kind of toppled marble statue, lying inert as soon as I hit the pillow? Surely, with no nap and interrupted nights and the same workload as I had pre-baby, my brain should be absolutely crying out for the blissful feeling of nothingness that creeps in as sleep takes over. Surely with the (approximately) 75,000 calories I’m burning a day (most of them from trying to catch the dog so that I can retrieve baby toys from his mouth) my body should be welcoming that gorgeous heaviness that spreads along the limbs just before slumber begins.

No, no, no. My brain fidgets, my body feels strangely buzzy, as though I’ve had six cans of Diet Coke in a row. (I don’t drink it these days, haven’t done for years, but I did once have six, one after the other. I think I was finishing off a dissertation. I gurned and twitched for about twelve hours afterwards, my heart going like the clappers and my elbows rubbing backwards and forwards over the surface of my desk until I wore holes in my cardigan sleeves.)

So what, then? What’s causing this sleeplessness? Is it the fact that I’m still not used to the baby being in a different room? Is it that she still wakes up in the night sometimes, and I can never quite relax? Will this restlessness pass, or am I experiencing a sort of Parent Mode for the brain, where it’s never allowed to fully switch off?

I tell you what doesn’t help with this interrupted sleep thing: working on my computer every spare hour of the day. Right up until bedtime. The problem is that I do quite a bit of my work in the evening after the baby’s gone to sleep, so my brain gets all geared up, the cogs whirring round and my fingers flying over the laptop keyboard. I know for a fact that this is not good news. Even though I make my to-do lists at the end of each day so that I can clear my mind of worries and tasks, I still lie there thinking of new ideas and writing whole blog posts in my head. (Which I then have to jot down or write into my iPhone, which then renders me completely awake again.)

I think I’m going to have to impose a new rule for myself: no work after 9pm. (She says, writing this at 11.34pm!) No television either. There’s far too much Netflix-binging going on in this household. No electronics after 9pm – just reading, or perhaps even an audiobook. Definitely no electronics in the bedroom, apart from the baby monitor. Oh, and I’ll tell you what’s very annoying: the baby monitor (it’s an Angelcare one) has a display light on it that you can’t turn off or down, and it’s bright enough to illuminate the entire Albert Hall. I’m not even joking. You could use it to guide a boat safely into the harbour or send a signal to Mars. Bloody ridiculous. I swear it uses up more electricity than my tumble dryer…

I’m trying something new tonight, in addition to my usual This Works Deep Sleep Pillow Spray; a special foot ritual with Uma’s Pure Rest Wellness Oil (£60 at Cult Beauty.) This oil blend is supposed to be amazing for easing restlessness and promoting really deep, recuperative sleep. You warm up your feet and the bits between your toes and massage the oil in for two or three minutes. I’ll let you know how I get on- I just have to finish my to-do list and then I’m going to give it a go, even though I don’t particularly like massaging between my toes. Does anyone else feel weird doing it? It feels like you’re clacking together a bunch of bones!