This week has been mostly dominated by my naughty left breast, which decided to go and get Mastitis. I particularly enjoyed the flu-like symptoms, which were a bit like the world’s worst hangover combined with having a lobotomy sans anaesthetic. Anyway, I’m thankfully over the worst of it, with any luck, so am ready to start a new week with renewed vigour. Sadly, the thing I’m most excited about, at the moment, is testing out my new Dyson V6 hoover. I bought it last weekend in Curry’s after being wowed by my friend’s one. (For hoover geeks, I went for the Total Clean version of the V6, not the “Fluffy” one, because apparently it’s much better. We shall see!) 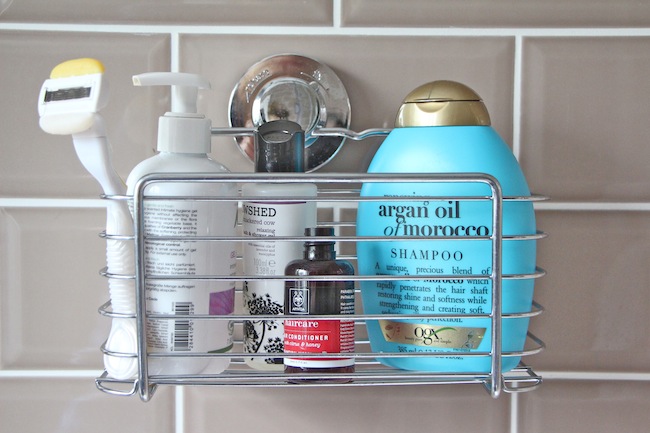 An update on the “Lock n Roll” shower caddy that I mentioned in my homeware video: yes, it does stick to the wall. But you have to do it properly. I stuck it on and it fell off, nearly giving me a heart attack when it crashed into the shower tray. Mr AMR stuck it back on and it may as well have been cemented in – I’ve loaded it up with products, leant on it with all of my weight and given it a good pull and it’s not budging. Bravo. You can see my homeware video here. 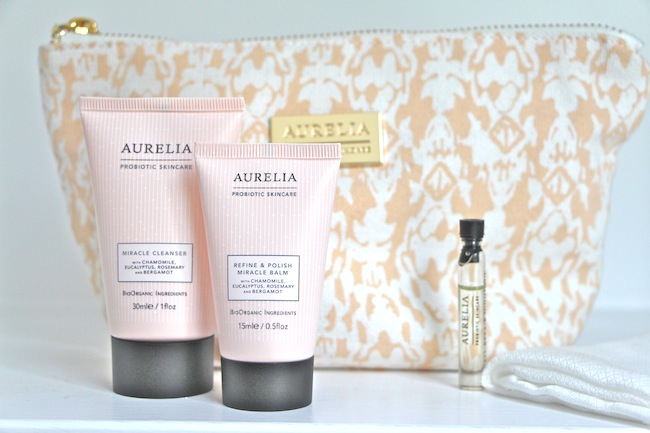 Lovely beauty bag from Aurelia Probiotic Skincare, makers of the nicest body oil in the world. It’s pictured here with the Refine & Glow Miracle Collection, which includes the Miracle Cleanser (luscious) as well as the Miracle Balm, which I haven’t tried yet, and the Cell Repair Night Oil. And seven little rolled-up muslin cloths, which is a nice touch. The bag on its own is £25, the collection including bag is £42.