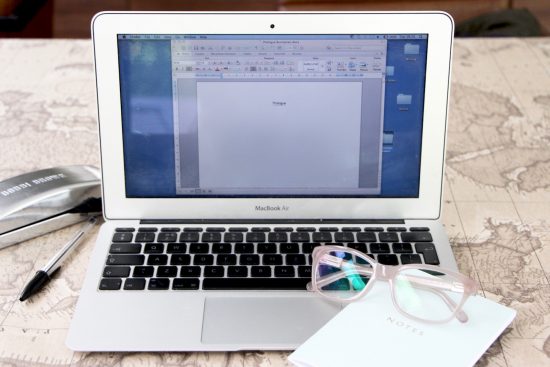 I wrote a novel, years ago, when I was doing my Master’s Degree, and I thought that it was about time I finished it off. Because what sort of madman writes a novel and then does nothing with it? We’re talking  over 160,000 words here; admittedly it’s not War and Peace, but it did take a bloody long time!

So this week I set about editing my novel. At first it was very exciting; it was like reading a book written by someone else, because – although I remembered the basic plot and the essential facts about the characters – I had completely forgotten most of the finer details. Twists in the plot would take me completely by surprise, bits of dialogue made me laugh out loud; it was like being reunited with an old, familiar friend but having to re-learn all of their quirks and idiosyncrasies.

And then things got rather difficult. And I suddenly recalled why I had shelved the blasted book in the first place; I had managed to tie myself into a tangle of plot-lines that made absolutely no sense, and trying to unpick it had evidently been far too much effort. Sitting here now, with the draft versions of chapters 21 to 31 minimised on my desktop and with three new documents entitled “New Plot Plan”, “NEW New Plot Plan” and “NEW New Plot Plan 2” open in front of me, I can tell you that attempting to untangle nearly a third of a novel is as frustrating as wading through quicksand with sieves on your feet.

People refer to “editing” as though it’s one step, but I actually think that it’s far more complicated and lengthy than the writing stage. Writing is thrilling – the world (or blank page) is your oyster. You’re creating new characters and new settings, you’re imagining events and shuffling everything around at whim, you’re killing people off left right and centre, cutting their strings like some sort of despotic puppet master. I now see that the editing process is more akin to a clean-up job than anything else. It’s the Glastonbury aftermath. It’s a caretaker going into a student common room after the sixth form have had a boozy leaving party – rolling his eyes as he finds sick on the ceiling and a pair of lacy pants pinned to the dart board. It’s Winston Wolf in Pulp Fiction sorting out two buffoons in an out-of-control situation. As I plough through my drafts, I feel like the only adult on a toddlers’ trip to the zoo – I’m trying to watch multiple stories unfold whilst keep a grasp on the main event and at the same time stop a gang of unruly two year olds from falling into the bear pit. I have characters who have been left swinging from the monkey bars with no way of jumping down, plot-lines that have run away into the distance with totally unsuitable partners and an overarching problem with my theme, which appears to have drunk a bottle of whiskey and fallen asleep in an empty bathtub. All of these things need reining in but I can’t change one thing without having to retrace all of my steps and amend everything else. This editing lark isn’t a one-step process, it’s about 75,000!

Anyway, I’ll update you when it’s all done and dusted. It’s possible that nobody in their right mind would ever want to publish thirty-ish chapters of farcical mayhem, but only time will tell. Maybe I’ll publish it on here, chapter by chapter, like they used to in the Victorian times. Ooh, that would be a troll’s dream, wouldn’t it? Imagine the comments! The one thing that is keeping me focused is the fact that I’m using my old Macbook Air to edit on – it’s not connected to the internet (would be easily done but can’t be bothered to find the code) and so distractions have been kept to a minimum.

(For those who are interested, the MA I did was at Royal Holloway. You need to have a first degree already to be considered, but if you don’t have a degree and want a brilliant creative writing course to get you inspired and (more importantly) productive, then I can vouch for nearly all of them at the Open University. I got quite addicted to their courses and they are usually online, which is always convenient.)