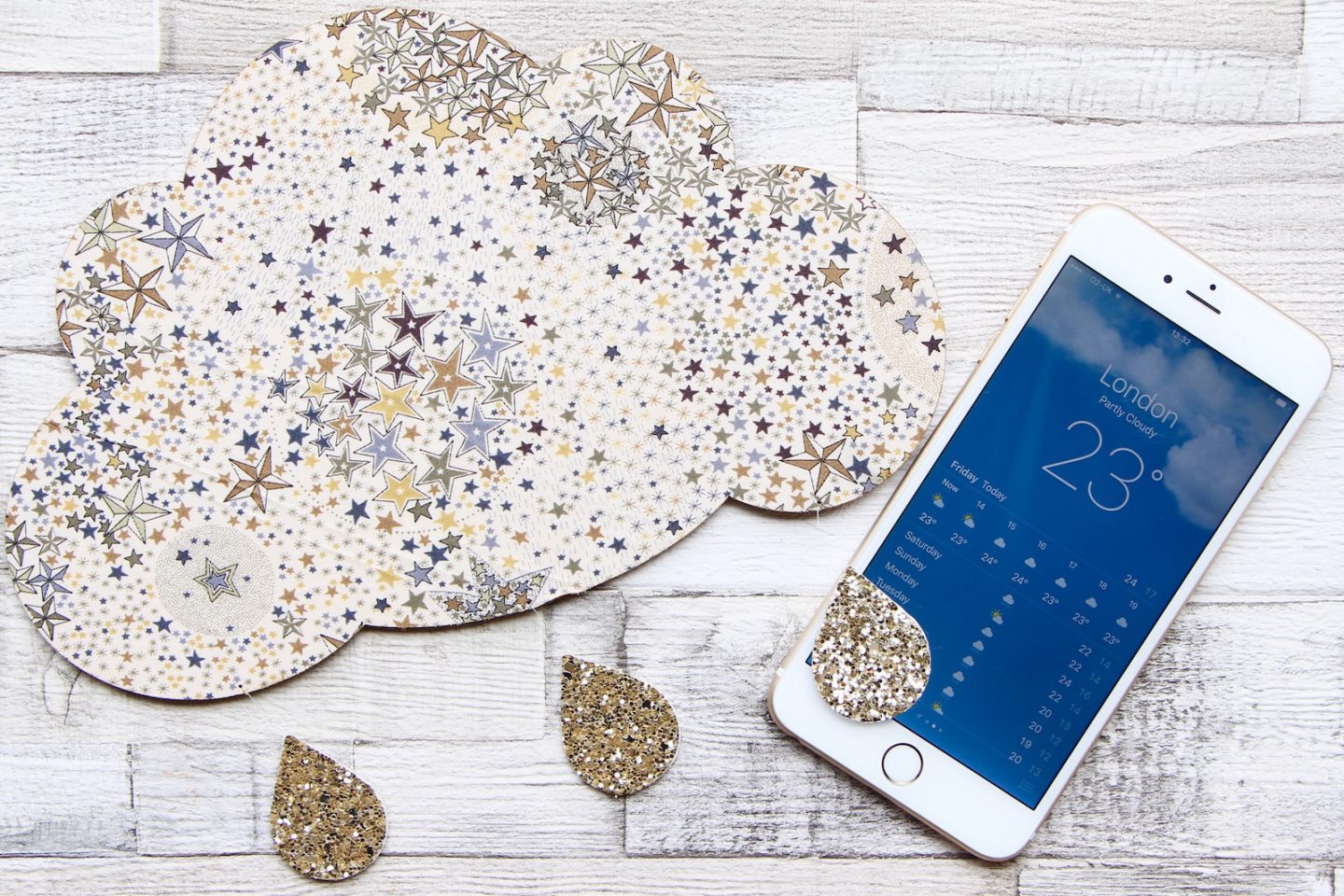 Slightly misleading title, depending on how you take it; My Riveting Experiment is a tongue-in-cheek reference to a stupid little project I’ve had on the go this week regarding weather apps. I haven’t been pinning together sheets of metal with actual rivets, nor have I been dabbling in a bit of shipbuilding. Imagine. So if you’ve arrived here from Google, hoping to see some stats on bolt sizes or diagrams of various metal fastenings, click away now!

Mr AMR and I have been having an ongoing (low-level) disagreement about weather apps. We have many long-term disagreements simmering away – it keeps things exciting. Popular topics include charities (various), whether man actually went to the moon (he likes to suggest not) and the merits of cooking on an induction hob.

Anyway, Mr AMR maintains that the only forecast worth its salt is from the BBC and therefore has the BBC Weather app installed on his phone. I, on the other hand, prefer the iPhone’s own app for the simple reason that it has a huge sun as the icon and I can find it easily when I open my home screen. He thinks that the iPhone weather app is entirely inaccurate, a thing of almost pure fiction, and that it isn’t even worth looking at. I’ve always argued that there can’t be that much difference in the forecasts – surely they all get their info from the same place? – but Mr AMR insists that the BBC rules supreme.

In order to finally put our epic debate to rest, I installed the BBC app onto my iPhone and spent a week observing the forecast and comparing its accuracy to the iPhone’s version. Because, y’know, I have a lot of time on my hands and so filling it with pointless tasks makes the day go faster. (Note sarcasm.)

I can tell you that over a seven day period, the iPhone app (powered by The Weather Channel) was  more accurate than the BBC app (which used to have data supplied by the Met Office but is now supplied by Meteogroup). Often, there were only small discrepancies between the two forecasts, but now and then the differences were astounding.

(Bet you’re glad you started reading this post – it’s utterly thrilling, isn’t it? This is how I get my kicks, these days – comparing weather forecasts and emptying the water drawer in the condenser dryer. Do you have a condenser-style tumble dryer? One without the elephant’s-trunk hose? Oh my God, I love ours: the water drawer is huge and collects about fifty-eight thousand litres of water which you then have to stop from spilling over the floor as you slide the drawer out of the machine and carry it to the sink. It’s like being on the Crystal Maze! And then there’s a little fluff drawer too, that’s like a sort of toasted sandwich maker, but not hot, and filled with compressed fluff rather than food. If you feel as though life just isn’t fun anymore and you don’t have a condenser dryer, get one.)

Anyway, the differences: as an example, on one particular afternoon, the iPhone app said that it would be sunny and 23 degrees two hours later it was. The BBC app said that it would be raining. Fail, BBC! Fail! To be fair, by the time it got to ten minutes before the time in question, the BBC app had updated to an accurate prediction, but what use is ten minutes warning? I’ll just stick my head out of the bloody window and see the weather for myself!

The obsession with weather is just a typically British thing, don’t you think? I like to psyche myself up for a heatwave, preparing my sunscreens and digging out the fan and making sure I have an array of light, cotton dresses; if rain is on the horizon then I can plan to do work inside, knowing I’m not missing out on precious sunshine. Do note that my weather obsession is only during the summer months – I honestly couldn’t give a hoot what happens between October and May. If I can’t be virtually naked in the garden then I don’t care whether it’s snowing or mildly sunny or gale force windy. It’s all the same to me: categorised as “Not Summer”.

Sidenote: I did ask Twitter which they thought was more accurate, the BBC app or iPhone’s own app, but the results were inconclusive. People are very divided over weather forecasting – maybe I’m not as weird as I like to think I am.

Anyway, I’m sure you’ve been captivated by that post; you’ve learnt that I like my tumble dryer and that I spend inordinate amounts of time doing very petty, inconsequential things. I’ll be back next week with another instalment of pure dross – make sure you tune in!

If you’d like to read a bit about my home life (not the discussions about hobs that I have with Mr AMR, more stuff about kids) then my baby blog, The Uphill, is here.