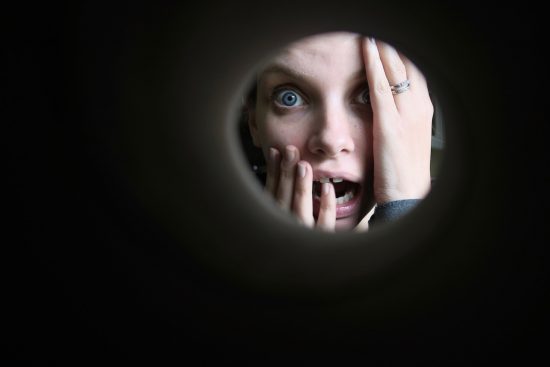 I had to go for an MRI scan this week – nothing serious, hopefully, just a pain in my hand I’ve had for a while. A small fracture according to one person, but could be something else entirely according to another. I’ll find out next week.

So I was booked in to have my scan, and off I went to the hospital for my appointment, skipping through the carpark in the sunshine without a care in the world. But then I went into the room where my scan would take place and…well.  I wasn’t quite prepared for the fact that I’d have to have my entire body put inside a huge machine with a big scary tunnel running through the middle of it – when they said “scan”, I had envisaged some sort of ultrasound device being run back and forth across my hand and wrist. Nope. This was one serious piece of machinery – it took up almost the entire room and was just like the ones I’d seen on TV programmes like House MD. Patients in medical dramas only go into the tunnel machine if there’s something very seriously wrong with them, and they usually have some kind of seizure or panic attack whilst they’re in it, or their blood begins to boil or their head explodes or there’s a fire in the scanning department and everyone runs out, leaving the patient prone and vulnerable in the depths of the MRI scanner. (Actually, I don’t think I’ve ever seen the last thing happen in a medical drama, but it could be an interesting storyline.)

“Can’t we just stick my arm inside it?” I said, as they got me to lie down on the moveable table that would be fed into the belly of the MRI beast .

No, that was not possible, my entire being had to be plunged inside the tunnel, including my head, and all I could think of as they slid the bed into the machine was that it must be the same kind of feeling as being slid into an oven or a morgue drawer. Though it was neither hot nor dark. And – I would hope – if you were being put away in a morgue drawer you’d have no feelings to speak of.

(This gives you just a small glimpse into my morbid, over-active mind. I can honestly turn the most benign, comfortable experiences into things of horror by the sheer force of my imagination. Give me a plate of spaghetti and I might start wondering what it would feel like to choke to death on it; offer me a ride in a hot air balloon and all I can think of is the sound of the basket crashing through the trees as we all plummet to our certain demise.)

Anyway, off I went into the tunnel of doom, wearing noise-cancelling headphones that – unhelpfully – were playing a radio station that wasn’t tuned in properly. Apparently to distract me from the loud noises that the scanning machine would make, but quite honestly the scanning bangs and whirrs might have been preferable.

Now I don’t know whether I’ve ever talked about my claustrophobia, but I am – annoyingly, because I do rather like a game of hide and seek – mildly claustrophobic. I say mildly because I have no problem with lifts, no matter how small and stuffy, but show me one of those pot-holing videos where the (frankly insane) outdoorsy people squish themselves between vast sheets of rock, UNDERGROUND, often getting their heads stuck because their safety helmets wedge fast at an angle, and my whole body goes completely cold. The thought of being rolled into a rug, with my head inside so that I’m like the human stuffing in a carpety cannelloni, sends me into uncontrollable spasms. I sometimes think (another quick peek into my psyche) that if James Bond turned up to rescue me from my captivity at an evil Sultan’s palace, where I had been forced to perform constant belly dances and (I don’t know whether this would happen in any harem, ever, but it’s my reverse fantasy so I’ll be forced to do whatever I want) eat pickled eggs, I would rather stay in the harem for life than escape by being rolled into a carpet and slung over James Bond’s shoulder. Being rolled into a carpet is, for me, on a par with being made to spend a week in a submarine.

So the MRI scanner, with its tunnel and loud noises, wasn’t my ideal situation. I was fine in there (it took twenty minutes) so long as I kept my eyes shut, but now and then I opened them and imagined what it would be like if – for some reason – the machine decided to squeeze in on me so that the tunnel got tighter and tighter and started to touch the tip of my nose. I almost had to push the panic button I got so inwardly agitated! Luckily, there was a lovely lady in mission control with the poshest voice (always comforting) who kept up a running commentary.

“Oh, you are doing ever so well. Well done you!”

After each scanning session, during which the machine made a different loud noise over and over again, like some kind of crazed percussionist, the lady popped into my ears to give me a status update.

“Only four more scans to go: a two and a half minute scan, staring now…”

And it would have been almost relaxing, the parts for which I managed not to think about death-by-tunnel-collapse, had I not gone into the scanner with every single muscle in my body completely tensed. Not a problem, you might think: just relax, un-tense your muscles, have a nice little nap! You don’t get enough chances to grab a nap these days! Which would have been fine, the un-tensing idea, had I not been under strict instructions NOT TO MOVE MY ARM.

“It’s very important that you don’t move your arm,” she said. Parting words before I was gurneyed into the pipe of tedium. And obviously all my body wanted to do, from that point onwards, was to perform an energetic dance routine complete with shoulder shrugs and knee bends. Every tiny muscle was suddenly alive with energy, every joint ached with the desire to move. My thighs were so tensed that they hovered a good two or three inches above the bed; my arm, which was incased in some kind of de-mobilising cast, was virtually throbbing with the urge to shoot up and touch the ceiling of the tunnel. It took every ounce of willpower to make my limbs stay in contact with the bed, to stop my shoulders from jerking, my fingers from twitching. It was the most intense twenty minute workout I’ve ever had – a full lying-down plank position, body so taut that it was practically levitating.

I survived. Worse things have happened at sea. I don’t know whether the scan did my claustrophobia any favours, but it certainly didn’t make it worse – I got locked in a very small toilet when I was in France (was there again, this week, I should just move in) and only really panicked when I thought that a ghost was tickling the back of my neck with his yellow, gnarly fingernail. As it turned out, it was just one of the metal pins that had come loose from my Marie Antoinette-style hair do, swinging on an undone frond and scratching at my skin.