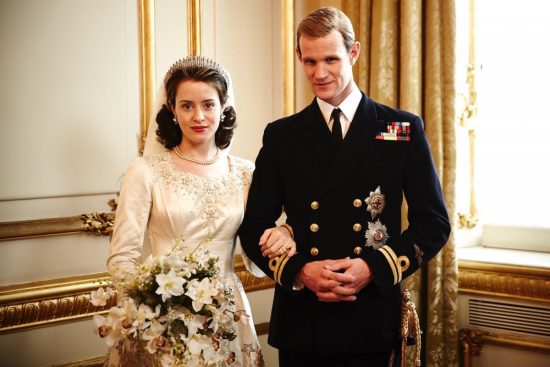 I completely and utterly jinxed myself with last week’s Tittle Tattle, falling into bed like a sack of rocks by lunchtime and spending Sunday, Monday, Tuesday and Wednesday ill in bed. (I managed to haul myself up on Monday night to attend a chef’s table dinner, but as it was happening in my own kitchen it would have been rude not to! Hugo Boss arranged for Jozef Youssef and his developmental chefs to cook me a three-course meal in my own house to introduce me to their scents For Her and For Him and it was amazing – really something very special. I’ll tell you more about it later this week. But anyway, after that it was straight back to bed for me!)

Being ill wasn’t all bad, though. I got to do a lot of lying down, and because I couldn’t sleep because my nose was so blocked up (still is, actually, I’m not out of the woods yet) I allowed myself to binge-watch things on Netflix. Mostly a drama series on Netflix about the Queen called The Crown. Have you seen it? I thought that it was quite incredible – the costumes, the locations, the attention to detail… Here’s why you should give it a go, if you haven’t already indulged:

I’m only sad that I finished all ten episodes so quickly – apparently another season has already been commissioned, so I shall just have to be patient and wait for that to come out. Until then, back to the blood and gore and serial killers populating the rest of Netflix. (And blowing my nose eight-five thousand times a day, and lying there with a completely dry mouth and throat because I can’t breathe through my nose. I HATE COLDS!)