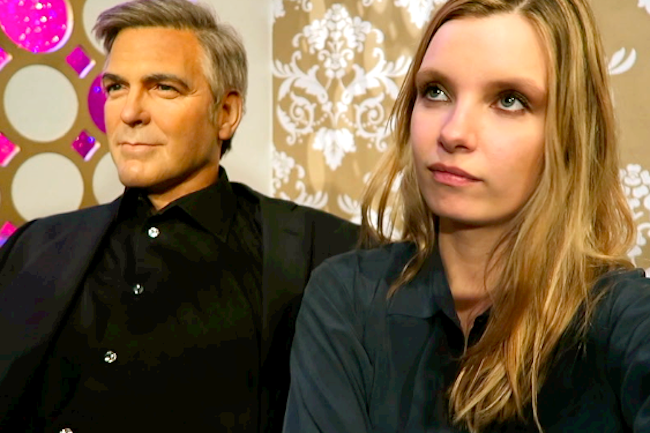 I had the pleasure of going to a private viewing at Madame Tussaud’s last week – Zoe and Alfie of Youtube fame had been immortalised in wax and it was the first unveiling. Unfortunately, I was so busy pulling weird faces at statues that I forgot to take a proper picture of them (it was also very crowded and I was avec baby, so a bit difficult) but I did get some corkers with George Clooney (above) and Tom Cruise (below). 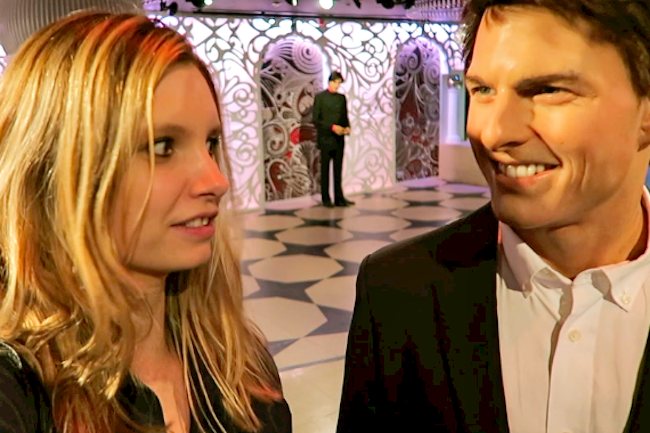 Anyway, my joke. On Twitter, I said “if Jeremy Paxman was in Madame Tussaud’s he’d be Jeremy Waxman”. And I laughed about this joke for a full twenty-five minutes. I even had a little tear roll down my face, I laughed that much. Unfortunately it didn’t quite set Twitter alight…

My new bath has a bum-sucking plughole. It’s incredibly annoying. I don’t know who invented the poke-it-to-press-it-down-and-poke-it-again-to-raise-it-up-again kind of plughole, but whoever decided to place one in the centre of my bathtub is clearly a complete moron. Because what else sits at the centre of the bathtub? That’s right, readers: your bum. And every time your bum presses on the plughole, the plughole pops up a bit, creating a suction so strong that half of your cheek disappears into the pipe. If you’re rinsing your hair (and therefore sliding yourself down into the bathtub numerous times for repeated head-dunks) you might have your bum sucked in five or six times. That’s five or six heart-attack-inducing episodes in one bathing session. Idiot plughole designer.