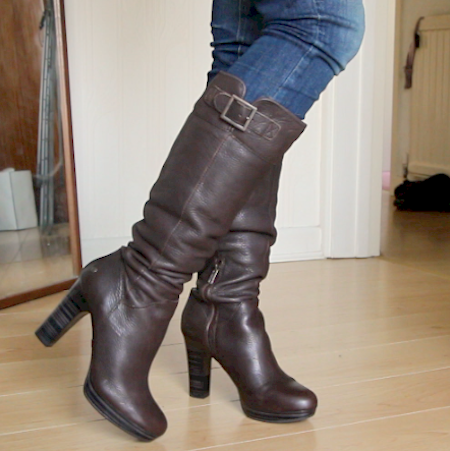 After the success of the UGG Shezbies and the more recent arrival of my Savoie boots (pictured above), I can now officially confirm that UGG really do make the most comfortable high heels in existence. My Shezbies (first posted here) have seen me on and off more buses and tube escalators than I care to think about; but it is worth noting that pre-Shezbie I would never have worn high heels to tackle public transport. It just doesn’t feel right – London-dwellers need to be able to dash along and avoid wheely-suitcase-hazards and small children! Flats were always my friends, but it meant swapping in and out of them every time I had to go to a meeting or a casting. The ultra-comfy (and also really quite high!) Shezbies have been a bit of a revolution. Sheepskin-lined and with this amazing, clever cushioning on the soles that makes them as close to slippers as heeled boots will ever manage to be. 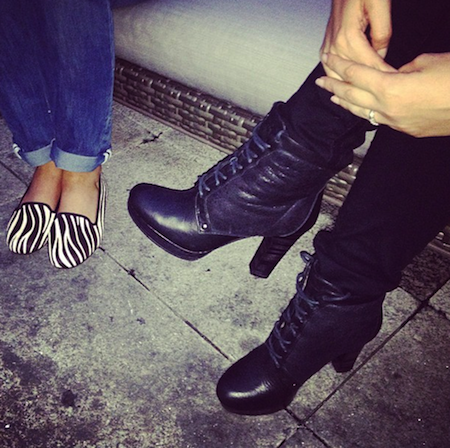 The Shezbies are in UGG’s current sale (as are the other two pairs I’m going to show you) and if I wasn’t risking divorce with my ridiculous spending marathon, I’d buy a pair in brown. You can find them here – they come up pretty true to size, I take a 6 and (wouldn’t chance be a fine thing) I am a UK6.

New arrivals, the Savoie. (Pictured top, as before.) The pessimist inside me thought that there would be no way that these could be as comfy as the Shezbie– can life be that kind?! Well they are. Perhaps even more so, because there’s extra boot going up the leg to stabilise everything. These are leather, sheepskin lined – the leather is soft, the sheepskin is warm and cosy…I just can’t think of anything bad to say about them.

I suppose, like the Shezbies, the lining does add a little bulk to the boot, meaning that the fit isn’t as slim on the calf as it could be. But who cares when they are getting the best of both worlds? Towering high but being able to stride along, with warm feet? The Savoie are reduced in price here. 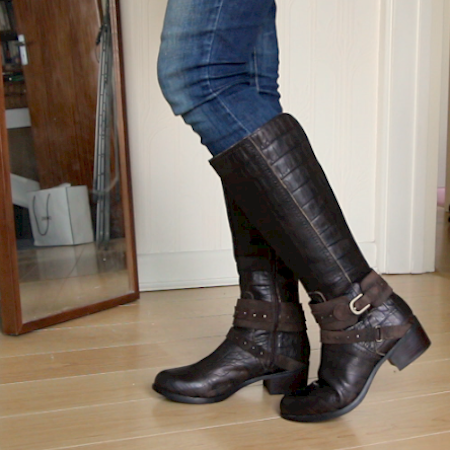 Lastly, I ordered the Esplanade Croco yesterday because I needed some new flat boots. (Not to delve too much into this, but basically I have been wearing some rather inappropriate footwear to traverse the fields around my new village and have ruined more than one good pair of boots. They were very old – but still, I feel a bit ashamed.) These Esplanade ones are a bit jazzy aren’t they? They make me feel like a cross between a farmer and some kind of Las Vegas pimp. These come up frighteningly small when you first put them on, but I’ve done a day with them around the house and they have already stretched to fit. These aren’t sheepskin-lined (BOOOO) but you get a sleeker silhouette and a neater calf. Find them in the UGG sale here.