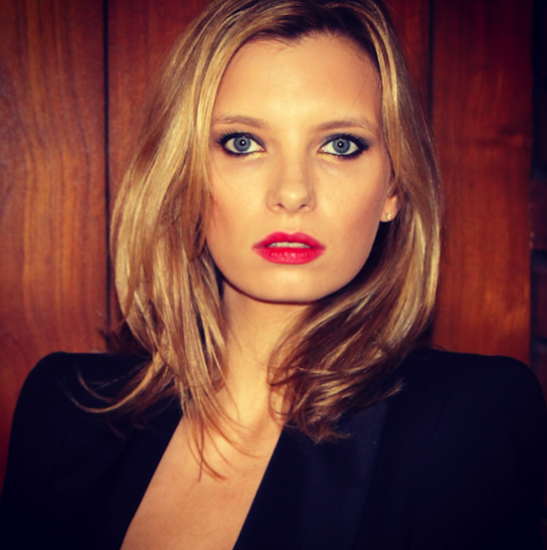 This is the final “face” in my series of makeup looks for Max Factor. I’ll post the other ones at the bottom of the page so that you can find them easily, but just to recap, they were the “Blank Canvas” look (very nude and fresh) and the “Business Lunch” look, which featured quite a punchy coral lip and slightly smoky eyes. The looks are part of Max Factor’s Many Faces campaign and are supposed to reflect my different personas; the blank canvas that is a model’s face, the more polished face that sees me through important meetings and then this, the last face, which is a bit more “va-va-voom”. 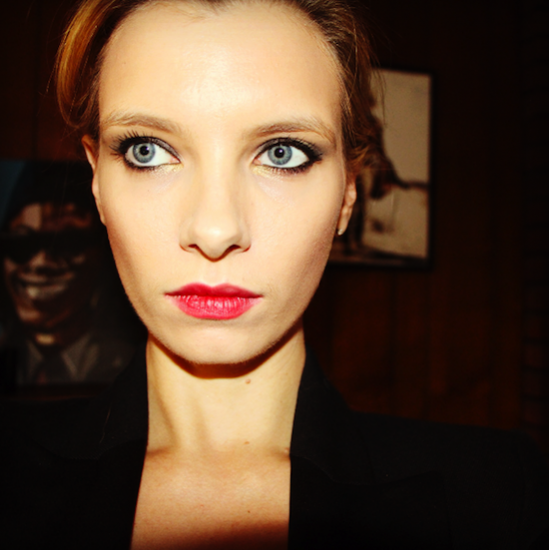 Yes, this is my Fierce Face. Far more makeup than I’d wear for daytime, but perfect for an evening event or party. It’s quite eighties, but I love a bit of contouring and red lipstick! For this look, as with the other two, I had help from Caroline Barnes, Max Factor’s makeup artist and she filled in one of the (highly addictive) face charts as I described the kind of look I wanted. 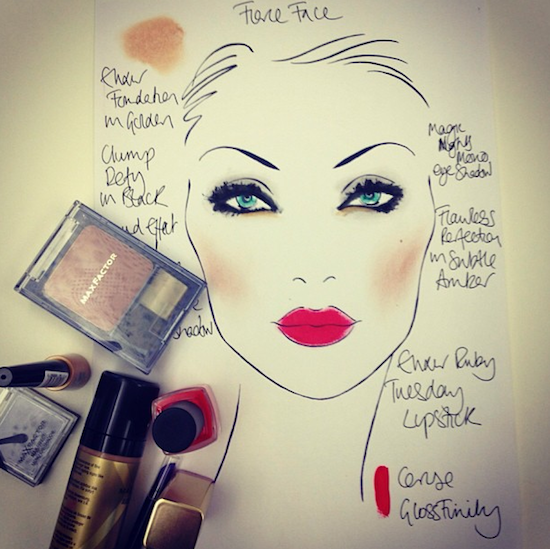 As always, I had an idea of my full look before I started – everything from hair down to the shoes on my feet – and so I knew that it would be a little bit Le Smoking, a tad Robert Palmer Addicted to Love. 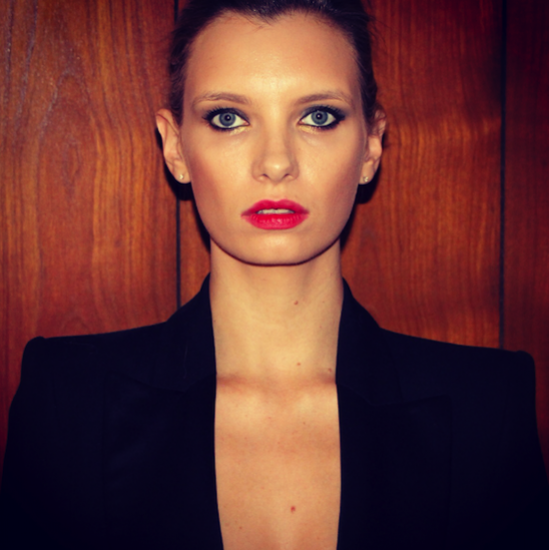 And so to the look. The red on my lips is called Ruby Tuesday and it’s a Colour Elixir lipstick. Good, intense colour – so much so that I actually pared it down a little by patting with my fingertip. Caroline suggested this to keep the look fresher and more modern, rather than a heavy, perfect lipline. In actual fact I did use a lipliner in the end, but only around the cupid’s bow area, because I find it difficult to use a strong colour there and keep my lipline defined. It all looks a little messy otherwise. 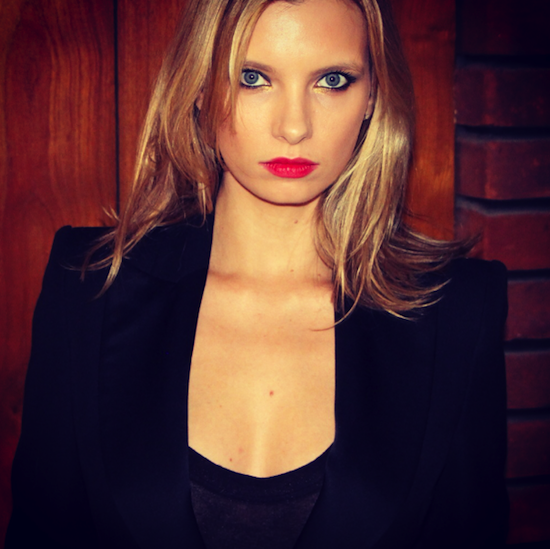 On the eyes, I used a very dark navy shadow with a hint of glimmer – this was a mono shadow in Magic Night – and then a jet-black Liquid Effect Eye Pencil. I don’t usually use a heavy liner all the way around my eyes – especially black – but I love dark eyes with red lips! (I told you that this was quite eighties – you were warned!) My favourite element of this eye look is actually the swoosh of bright gold on the lower lashline, near to the inner corners. It was a random moment of madness, but it added a bit of detail and light and (I think) stopped it all from being too heavy and dark. Also: black, gold and red – what’s not to love? The gold was a dip-in eyeshadow called Ibiza Sunrise – it has a great little foam applicator that you can be quite precise with, though if you’re working closely around the eyes then you’ll probably need to tidy up with a cotton bud. 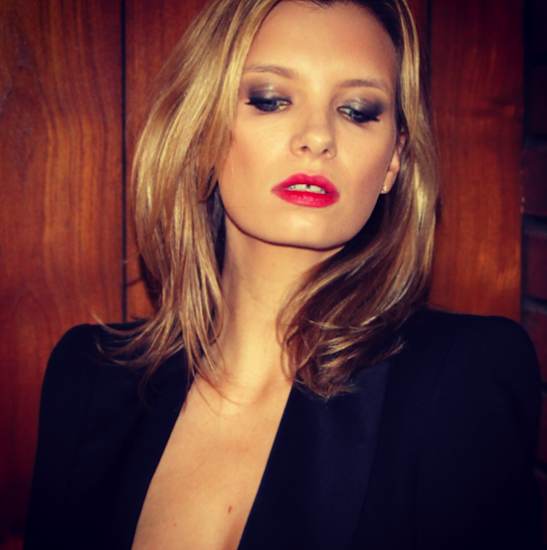 Eyes were finished off with a lick of Clump Defy mascara on the lashes and I painted my nails (out of shot) with a Glossfinity polish in Cerise.

All of this makeup drama needed a solid, clean base and I used the Ageless Elixir foundation in shade “Golden” to create flawless, photo-ready skin. I say flawless and photo-ready, and I know that they sound like clichés, but I use them to differentiate between “dewy, natural” skin or “sheer, nude” skin, or any of those other well-known foundation effects! I got great coverage from the Elixir – no marks or patches showing through – and I didn’t powder because I wanted the base to look perfected but not dry and deadened. I then went in for some pretty heavy contouring a blusher/bronzer, Subtle Amber. More reddish than your typical bronzer (and that’s because it’s a blush!) it is brilliant for a quick sweep of sun. I can’t see it stocked online, but it’s well worth checking your local Boots/Superdrug for it, I’ve become very attached to mine! 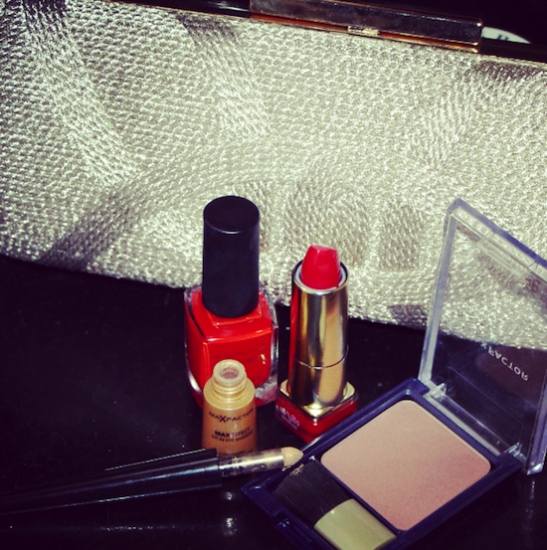 So that’s the “Fierce Face” look, and, as promised, here’s a recap of the other two. Firstly the “Blank Canvas”: 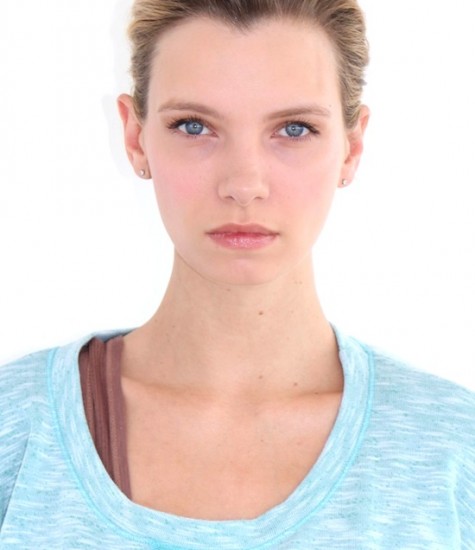 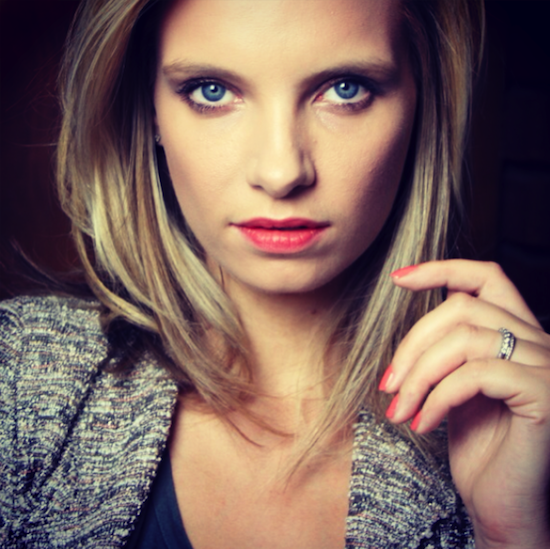 I hope you’ve enjoyed my Max Factor looks – I had great fun creating them with Caroline and then copying the face charts. It’s actually very useful to have a reference in front of you when you put your makeup on – a guide – especially if you tend to go off on a tangent, like me! Sometimes I run out of time and have to get on the tube with very odd things going on…

So tell me. Are you a red-lip-wearer? Would you pair red lips with dark eyes, or are the eighties dead to you? 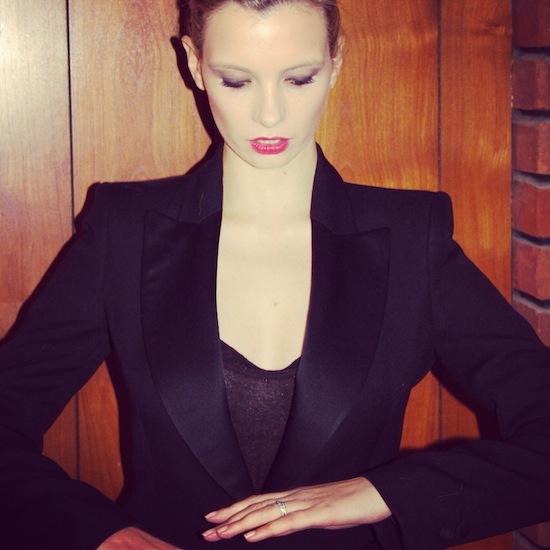 *this series has been sponsored by Max Factor. In the “Fierce Face” images, my tuxedo jacket was from Zara in 2011 and my vest top is ASOS.